Like it says, all the winners and top tens from each of the categories for the 2014 EWS.

Another Enduro-tastic season of international racing has finished and the buzz around the Enduro World Series concept and execution shoes no signs of abating. The EWS appears to be maturing and getter better. The format and ethos of enduro racing is becoming more accepted and established generally. It’s the EWS that lends the movement a previously unheard level of professionalism and industry relevance.

So, after six round of demanding enduro racing from various different spots around the planet, who came out on top? 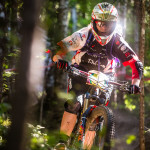 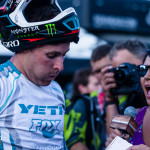 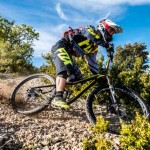 Here are the complete top 10 results from each category…

It’s the latest mountain bike genre to come along but it’s a genre that is here to stay. Enduro is a type of racing. Enduro courses are a number a timed stages linked up by neutral (un-timed) linking sections. Think of it as like rally car racing but on mountain bikes.

The riding can vary but the timed sections are generally at the more technical end of the Trail riding spectrum, with some tough enduro stages bordering on Downhill. The timed stages have minimal, often no, climbing involved and are focussed on being fast over technical terrain. A good level of fitness as well as all-round bike-handling are required.

Read more about this topic…