We’ve just returned from a weekend of cyclocross racing in Belgium. Here’s a photo-report of the Koksijde race.

The World Cup cyclocross race at the Belgian town of Kosijde has become an annual pilgrimage for lots of UK riders. It’s less than 45 minutes drive from Calais making it perfect for a day trip with many going on to Ghent for the six day track cycling meeting to make a weekend of it. 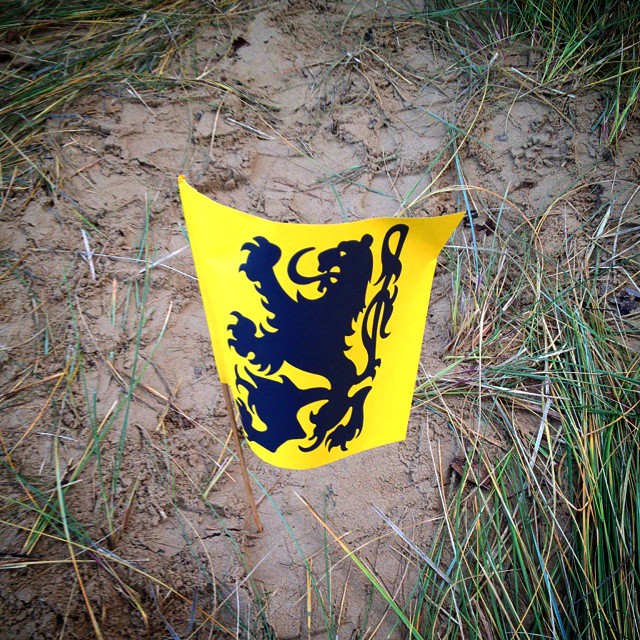 It’s not just the racing that attracts so many visitors, well over 10,000 spectators, but the incredible atmosphere of the event. Beer, frites, plenty of noise combined with raucous, passionate and knowledgeable spectators make this a great day out.

All the locals have a hero to back and cram the barriers practically the whole way round the course. 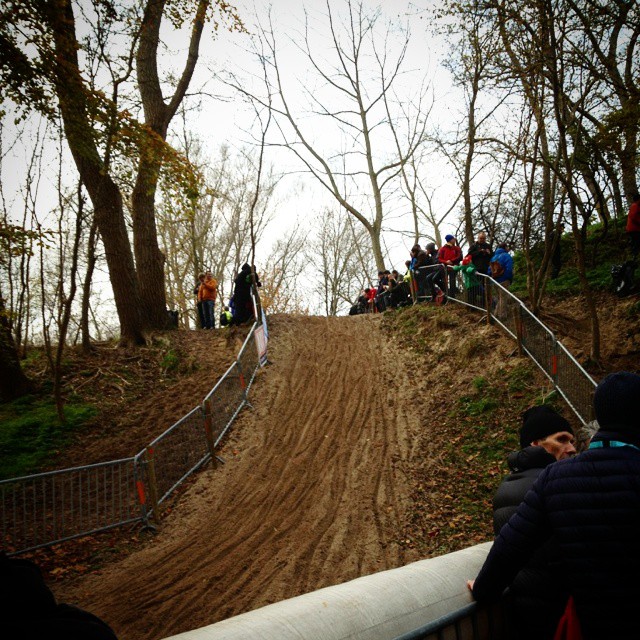 As it’s near the coast there’s lots of sand on the course meaning lots of running and technical riding and you’ll be amazed by the skills on show and the speed they ride. 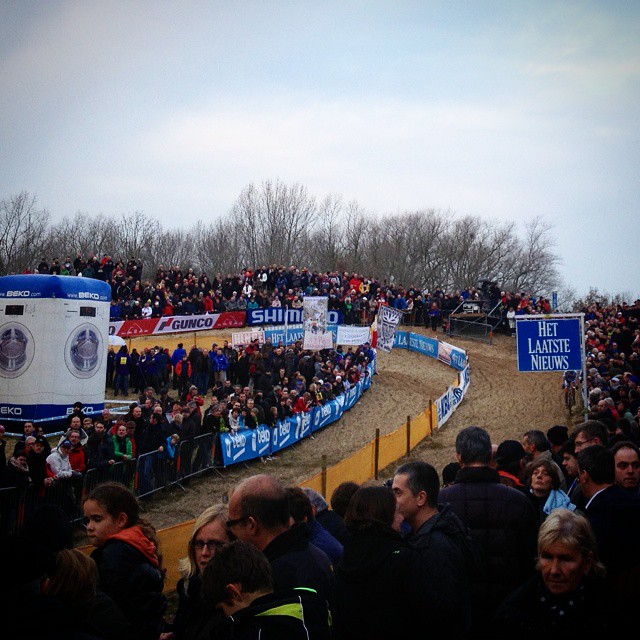 You’ll be amazed by the size of the crowd and the passion they show. Around the back of the course its 10 deep but there’s plenty of room to move around. They even build several walkways over the course making it a big logistical operation but very well done and not stuffy at all. 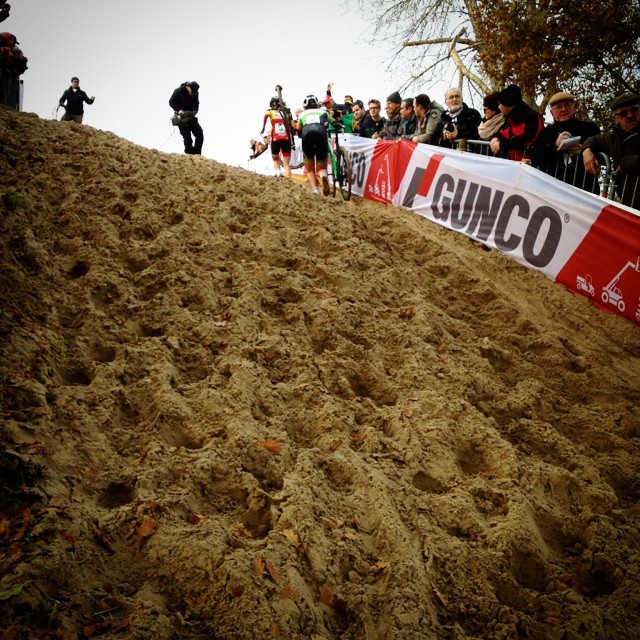 This is one sandy course! All the run ups are on soft sand making for great spectating especially on the descents but you just feel for the riders as they struggle running on the soft sand, especially the back markers. 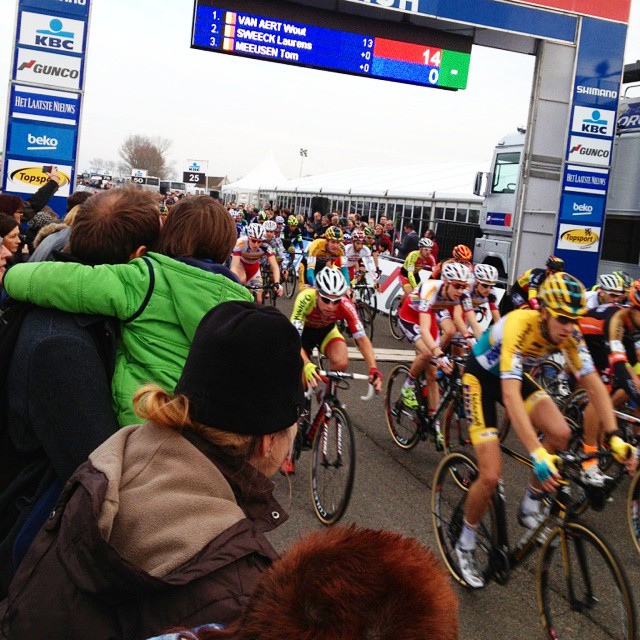 The start is on tarmac for about 200m then on to grass after a 90 right turn which they don’t slow down for. 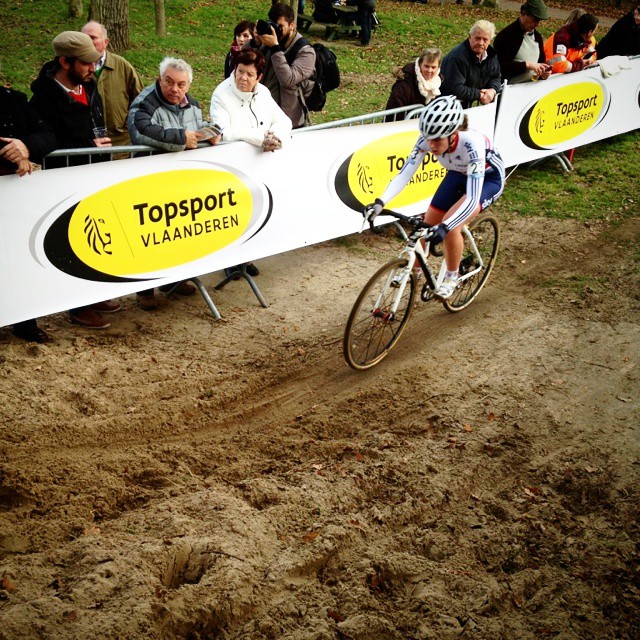 GB rider Hannah Payton is establishing herself on the world scene with come gutsy rides for a 20 year old. 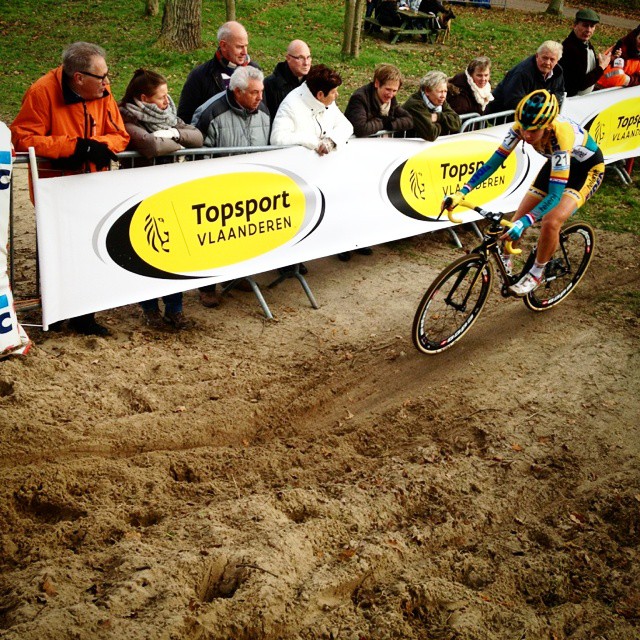 Nikki Harris rides for the powerful Telenet Fidea cyclo cross team and is also one the best female cyclo cross riders in the world. Always there in the big events, she finished sixth today after a puncture on the early stages. 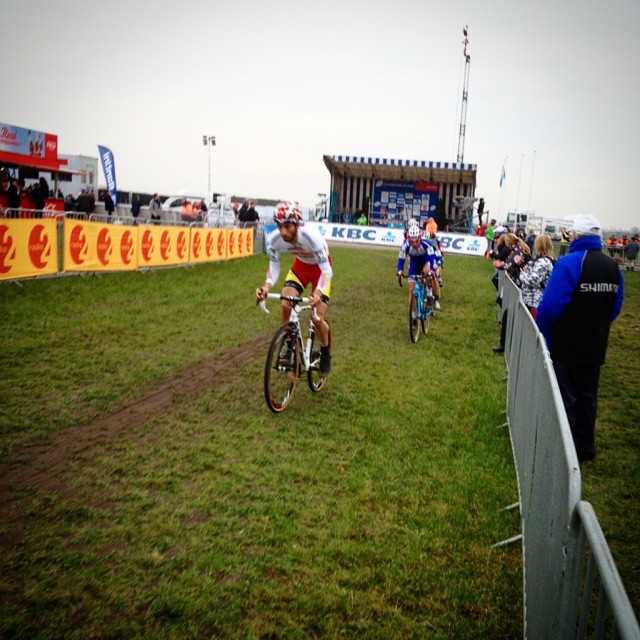 Current elite men’s national champion Ian Field is a regular at Koksijde and is very visible thanks to his champ’s jersey. Popular in Belgium thanks to his regular appearances in the World Cups and Super Prestige events, plus he lives there during the cross season making him a local. 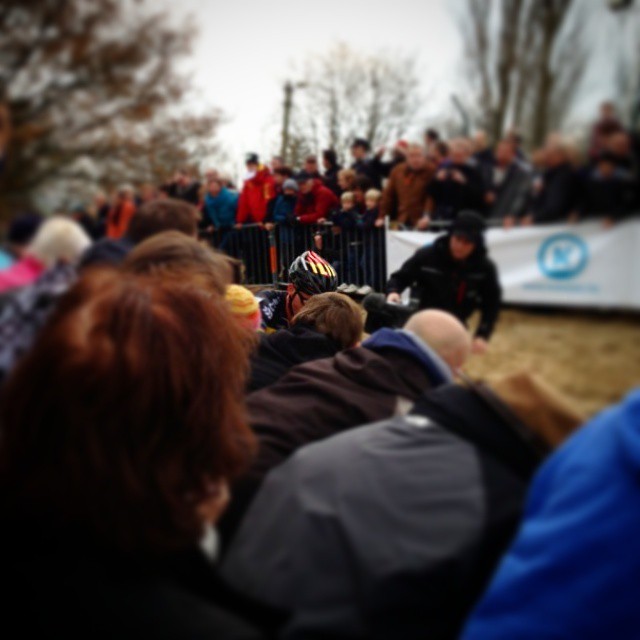 Sven Nys. This man is adored in Belgium. It’s like watching Valentino Rossi in Moto GP; you can tell where he is on the circuit by the noise of the crowd. Everyone knows who he is and even when he doesn’t win the headlines are about how he had a bad day as well as whomever wins. It’s impossible to get near the barriers when he goes past as the crowd surge forward to catch a glimpse and roar him on. 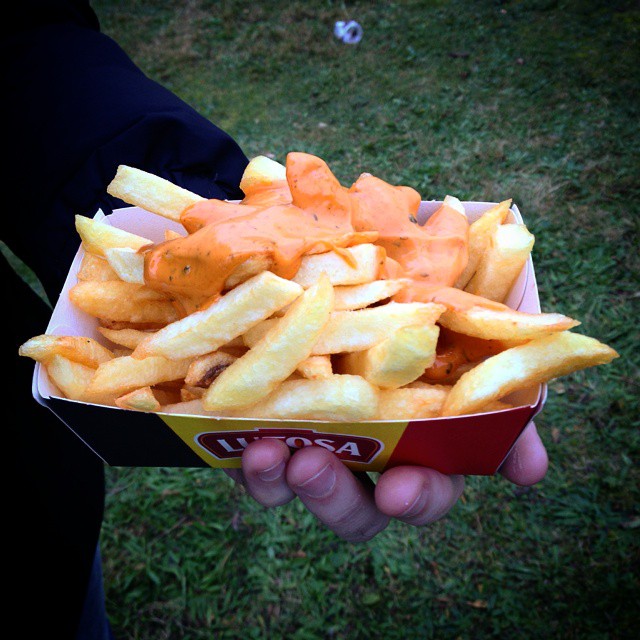 You can’t come to Koksijde and not have frites. Even if you don’t like them and aren’t hungry, you crack sooner or later! 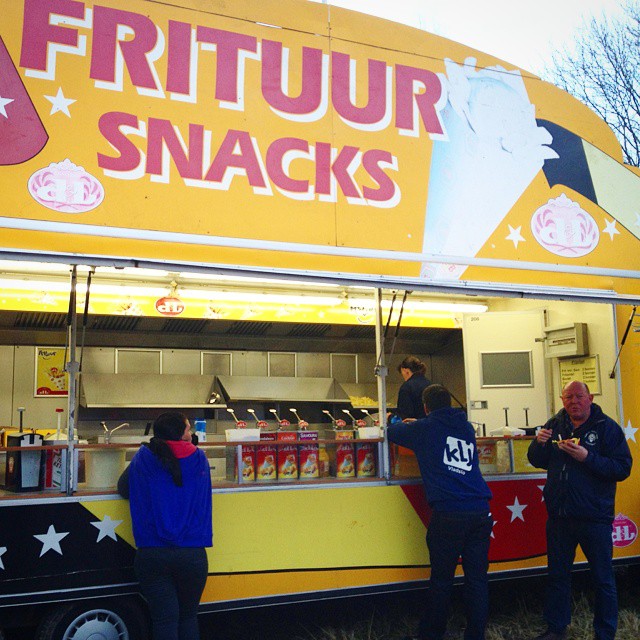 And what goes well with frites..? 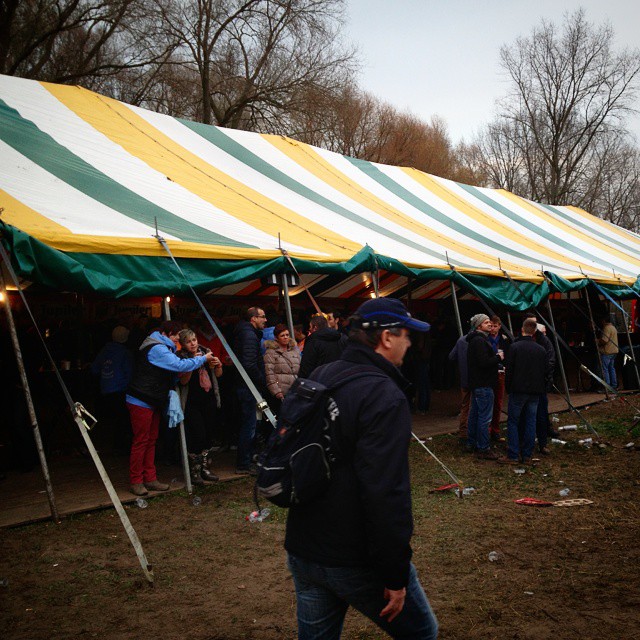 Beer of course! It’s obligatory to have frites and mayo and luckily there are plenty of food outlets along with beer stalls.

The beer tent is in full swing with loud Euro pop music from early morning so by the time the men’s race starts in the late afternoon the crowd are well warmed up!