Details of all the stages of the Giro d’Italia. Including our personal choice of the stages to watch.

The 2015 Tour of Italy, Giro d’Italia or simply Giro, was launched recently and represents a much more balanced route than the 2015 Tour de France.

The race follows its somewhat familiar pattern opening with a team time trial in the North West of the country followed by the sprinter’s stages in the first week. The race gradually gets tougher with the mountains starting in the second week before the long individual time trial and then a tough third week.

The route features six summit finishes in total, one less than the this year’s edition, but crucially it has a lot more flat time trial kilometres as opposed to this year’s mountain time trial.

Indeed the stage 14 individual time trial is a whopping 59.2kms which means the race will suit the likes of Chris Froome (Sky) more than the pure climbers such as the 2014 winner Nairo Quintana (Movistar).

The winner will still have to be able to climb though as the final week contains three tough summit finishes with the last climb on the penultimate day to Sestriere guaranteeing action right to the end.

There’s no Gavia or Stelvio in the 2015 route but the iconic climbs of Tonale and Mortirolo feature on the same day on stage 16 will delight the purists so let’s hope the weather is kind to the race and no stages get cancelled or shortened. Although the riders may not enjoy the Dolomites we armchair fans will be rewarded with spectacular images and hopefully some spectacular racing.

The opening team time trial is a great way to get the race underway and a great introduction to the race, riders, route and history for fans. There’s always a real party atmosphere and as it’s the first Grand Tour of the year everyone is fresh and on form.

The TV coverage always shows the best of the regions and whets our appetite for the race to come. It’s also interesting to see who has a strong team and if any of the GC boys are left wanting at the first hurdle by a poor team effort.

This mountainous stage comes after a rest day and includes the legendary climb of the Mortirolo which comes after the Campo Carlo Magno and Tonale climbs before an uphill finish to Aprica. Riders react differently to rest days so it’s hard to predict how riders will cope with the route. Let’s just hope the stage is not weather affected and is shortened or cancelled. 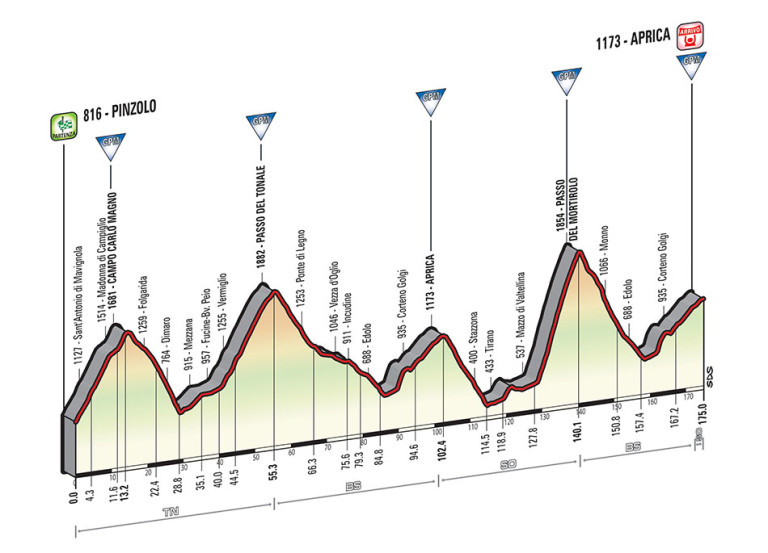 Making the penultimate stage a vicious climbing day keeps the battle for the overall going right to the end. Riders have to tackle the highest point in the race, the 2178m Colle delle Finestre during the stage before finishing on the 9.2km climb to Sestriere so expect to see some last gasp attacks and epic riding as riders try to either gain or limit time losses.

What a stage this promises to be! 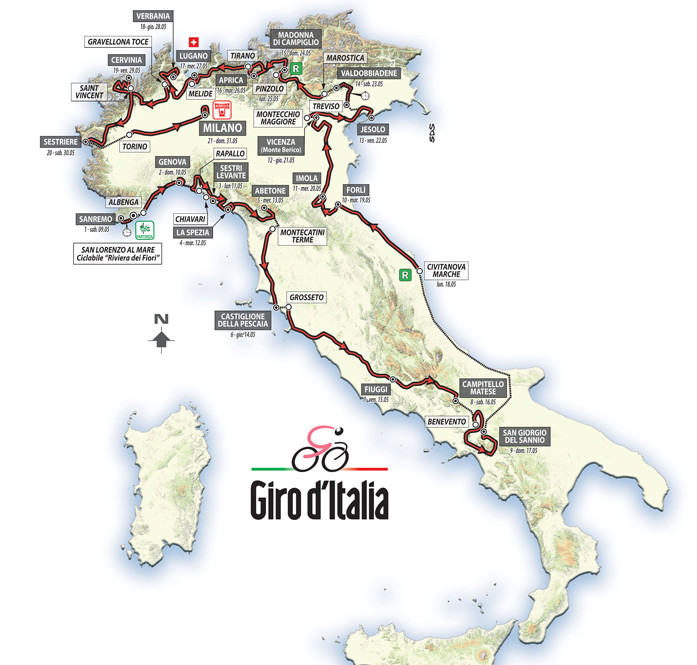