It was a case of 3 countries, 3 days – with a short stopover in England to wash some kit before carrying on my way.

The British Championships course took place in Stewarton, a small town just outside of Glasgow, it was a chance to compete against the country’s best time triallists with only 35 riders being granted entry based on previous results. 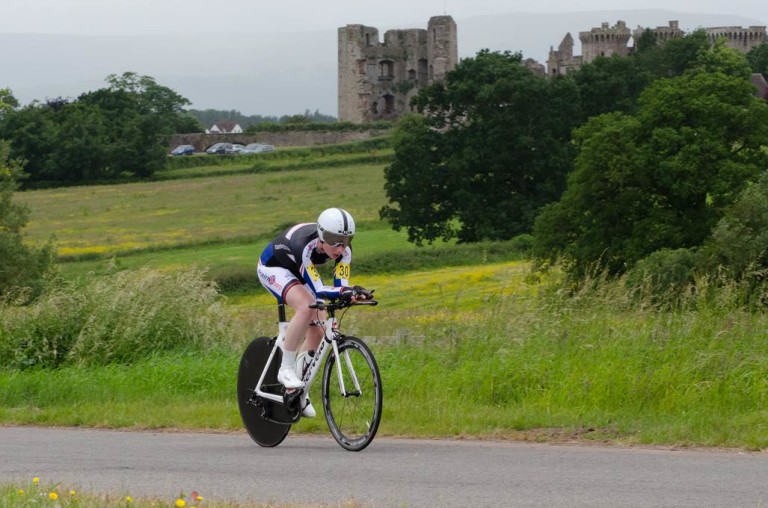 The course was a two lap circuit, with a little bit of everything thrown in, some nice smooth tarmac, undulating sections, some big potholes, and some technical descents and corners.

On the start line, the crowd was gathering. Hugh Porter was reading out each individual riders palmares, photographers and film crews trying to catch a glimpse of Olympians, World Champions and every bit of bike bling that was out on show – the atmosphere was electric.

As the countdown began, and the race started I went off to a tremendous roar from the crowd, you had to reign yourself back with the effort as it was pretty cool to be racing in the UK with all these spectators I’m sure the domestic timetriallists amongst you reading will appreciate that the likelihood of having more than the occasional marshall out on the course offering encouragement is very rare!

The first lap went well, I was in complete control and looking forward to winding it up on the second lap. However, I instead ended up hitting a massive pot hole in my biggest gear, the chain overshot and what should have been a simple case of shifting gears and getting the chain back on, resulted in said chain becoming wrapped round my foot and completely jammed!

I tried to buy myself as much time as I possibly could, but I was losing speed and fast, there was only one option – I had to stop and try and unpickle myself from the mess I was in.

This was pretty much game over for me as my Garmin data shows I lost over 2-mins being at a standstill, the cameraman ensured he got a good shot of me untangling!

However unlike Bradley Wiggins I decided not to chuck my bike in a fit of rage, but try to salvage what I could from the race – unfortunately it was 20th.

The race was won by Joanna Rowsell with a phenomenal ride. I was absolutely devastated to say the least, so I headed back to England to regroup before the next travelling session.

Another 4-hour trip later and this time I’m in Wales for the National 50-mile Time Trial Championships, this distance is pretty new territory for me after 7th in the National 10, and 5th in the National 25 it was trying to get as close to the podium as possible.

With an awesome tailwind on the way out, and managing to clock a very nifty 40mph on the clock, it could only mean one thing at the turn – a grovelling head wind back.

The course was two laps and with my supply of Zipvit Energy Gels and drinks I managed a time of 1-hour 59mins 44seconds, for 4th place overall 1min 30secs off the bronze which equates to just 0.3mph!

So for the next few weeks its back to work, literally, and to get a bit of training in before next weekend’s race.

One comment to “Bex Blogs About 3 Countries in 3 Days”