It’s the time of year where all the best British cyclists head back to the mainland to compete for the privilege of racing in the stripes of the British Champions jersey for the next 12 months.

In just a year women’s cycling in the UK has grown hugely. There are numerous cyclists dotted all over the globe with training camp bases in Europe, Australia and America, so the step up when all of these riders return to Blighty is absolutely huge. 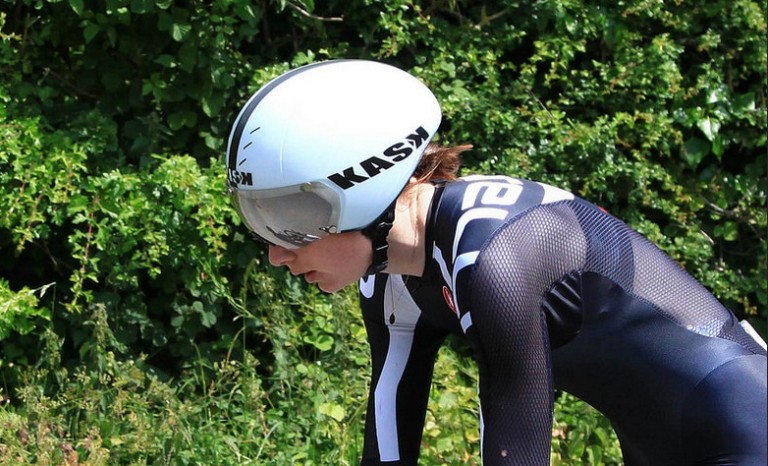 The race started with three quarters of the circuit taking on the famous ‘Mountain’ then it exited Cadwell and headed out to take on two laps of a very hilly and testing road circuit. To finish it was back into the park and another climb of the ‘Mountain’ before a descent to the finish. Whoever said Lincolnshire was flat eh?

Unlike everyday UK Time Trials, where bikes of varying size, shape and form can be ridden, with the British Championships all bikes need to conform to UCI rules. For some riders this can cause an absolute headache. Sawing down bars, different saddles, whole new bike… It’s all very strict and there’s certainly no arguing or leeway allowed. If it doesn’t pass – no ride. Last year my saddle angle was out by 0.5 degree which meant changing it and going to the back of the queue and going through the process all over again.

The queue to bike check was observed in deathly silence. Everyone poised with Allen keys and tape measures, checking and double checking.

First stop: bike weight. My trusty steed gets placed on the scales and weighs in at 8.5kg. Phew. Then it gets placed into the jig. The commissaire moves it around a bit and looks at the bar length. It has to be a maximum of 80cm from the centre of the bottom bracket to the end of the bars… It is bang on 80cm. Yes! Pass. Slight elation.

After the bike check it was on to the warm-up. It was great to finally have the sun shining on our backs after the wind and rain of the past few weeks. Lining up in the pens just before the race, we had to undergo one more bike check before being taken over to the start line.

The countdown begins and then I was off.

It was the first time I had a follow car (with my DS Simon Howes in it). It was certainly a great help when in the last few miles I had the shouts of encouragement from the car – trying to get every last bit of energy and wattage out on the pedals.

We entered back into the circuit and I made a desperate attempt to sprint for the line – I had no idea what the announcer said. I thought maybe “35th”?

I gathered myself and headed back up to the warm-up area where everyone was congratulating my ride. I came in (at that moment) placing 5th! However there were still big names out on the course. It would be fair to say that I was a little bit shocked.

Then it was the wait to see whether I could make the cut of the final 10. In the end I came 11th.

I was pretty pleased with my race. I know where a lot of improvements can be made and look forward to working on these for my next outing on the TT bike. 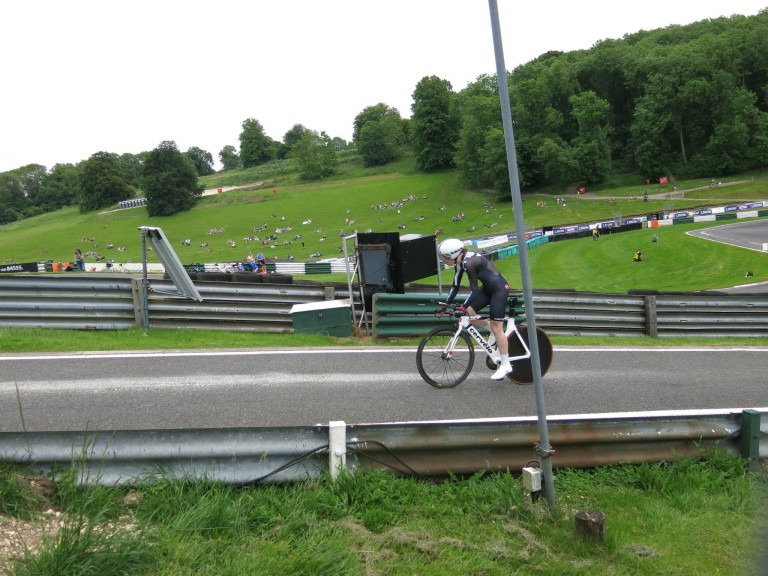 It was the first time that women have been able to race on the famous Lincoln Grand Prix circuit taking on the cobbled climb of Michaelgate up by the side of the Cathedral. The race itself took on a large 28 mile lap of twisty and technical lanes before heading back into Lincoln to take on five laps of an 8 mile circuit complete with the cobbled climb.

We rolled out of race HQ, the flag was dropped, the race was full-on from the gun. It was quite apparent that everyone wanted a small group heading into the cobbled climb. As the field whittled down I found myself in the front selection heading into Lincoln and the climb the first time. 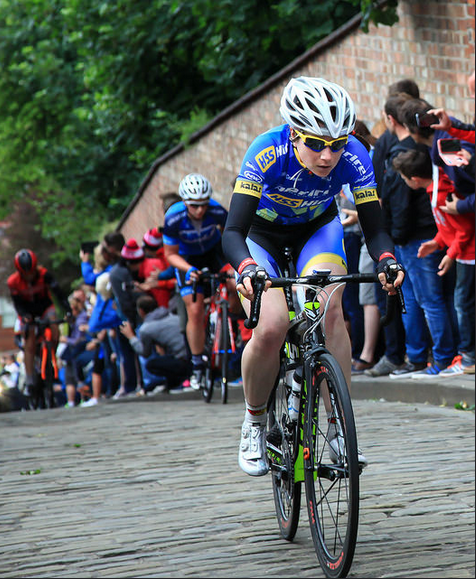 We turned into the cobbled street of Michaelgate and – it has to be said – I wasn’t expecting what was there. Pavements lined full of people – the noise was unbelievable!

The leading group was too big and… crash. Everyone tried to make their way through the bodies and bikes and get back in contact with the group again. Each lap more and more riders lost contact with the front group.

A group of 15 or so riders got away. Then our group of 20 brought it back. Then another went. It got brought back. Constant cat and mouse.

Heading into Michaelgate for the penultimate time, Lizzie put in an attack and rode clear (she went on to go solo and win). There was then a group of around 10 riders followed once again by the group I was in. If you watched the footage live or on playback on Eurosport and ITV you will see that our group made contact right at the bottom of the final climb. 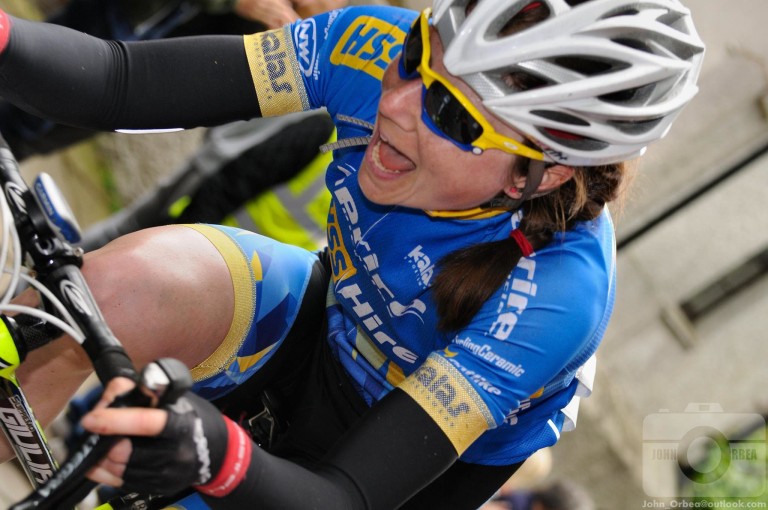 I’m not going to lie. Every lap I think I pulled a different face! This last time up the hill I gave it my all but the tank seemed to be empty. I finished in 31st place. To put it into perspective, silver was just over one minute ahead as the rest of us all rolled across the line in singles and pairs.

This was by far the hardest race that I’ve ever done. But it was absolutely fantastic! Hopefully they will keep this as a regular fixture for women’s cycling in this country as it was most definitely a classic.

What’s next for Bex?

For now its back to work having enjoyed a few days riding and racing my bike – next stop Otley Grand Prix tomorrow which is another round of the National Series before heading off to the Czech Republic for a 4-day stage race in Krasna Lipa – www.tourdefeminin.com