All the podium places for all the stages, as well as the overall podium for general classification.

From Wednesday the 17th until 21st June, the south of England held 5 days of road racing, the Aviva Women’s Tour.

The tour the female equivalent of the men’s Tour of Britain. Some of the world’s best women road cyclists travelled to compete against each other in the 5 stage event. 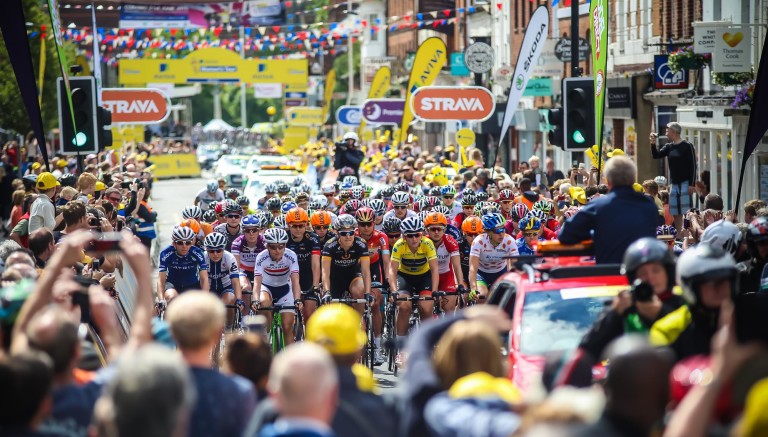 We’ve put together the stage and general classification results in one handy place for you.

Elizabeth Armistead took 1st place in stage one before crashing into a photographer seconds later. How long until spectator distancing precautions are put in place we wonder..?

Will they make it even tougher for 2016?

A small note of controversy… Is the Aviva Tour hard enough?

Emma Johansson finished in the top 3 twice in the five stages. She’s said “It’s too easy” and that “You need to make it harder. I’m not going to come back next year if it’s like this again… I promise”.

Hopefully, next year’s event will offer something a bit different. For example, a Northern stage! Less sun and more rain; it’s grim up North.

The crowds on display at every stage certainly showed that the UK’s appetite for watching women’s cycle racing is in rude health. It would be great to see the racers get pushed just that bit harder now and then.

What do you think?

Did you watch it? Should the organisers make it a bit harder? Or were Johansson’s comments just a bit of sour grapes from someone who didn’t make it on to the final podium? Please leave a comment below.