The New Year is night so here’s another list of cycling New Year goals and promises.

There are a couple of resolutions that I’m tempted to list but deep down I know that I’ll never stick to them.

Things like ‘cycle to work at least once’, or ‘ride before work’, or ‘learn how to do jumps properly’. I’ve said these things before so may times that I’m just not going to bother saying them again!

So here’s my vaguely realistic list of resolutions for 2015… 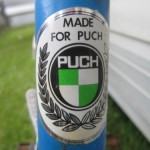 Build up my ‘project bike’

I bought a knackered old bike off eBay in a moment of weakness. I’d just missed out on an old pink Mercier that I really liked the look of (it went for far too much money in the end) so I bought a ropey old Puch Clipper to cheer myself up.

It was probably not the wisest purchase but I reckon it’ll buff up and build up into a decent looking little runner. Not that I’ll ever ride it mind, that’s not the point though is it? 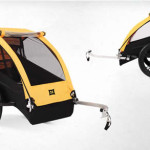 I’ve done a fair amount of bothying and wild camping with bikes but it’s always been with friends or my wife. It’s now time to get my child involved.

My lad will be three in the summer so I reckon it’s about time I dragged him out in a child trailer for a camping adventure somewhere with bikes. There’s plenty of places to choose from nearby and I think we can do it from our doorstep which will make things much easier and adaptable. 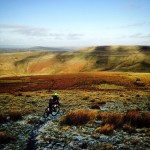 I don’t think I’ve ever ridden 100km before on any bike let alone a mountain bike, so this is probably the biggest challenge or goal that I’m going to set myself in 2015.

As with the kiddie trailer thing, I think I’ll set off from my own doorstep and do a 100km MTB ride from there. I’ll need lots of daylight hours, firm ground conditions, no wind. And plenty of training miles in my legs beforehand. 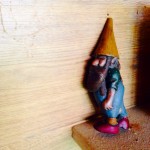 Sort the garage out

I’ve never really had a garage before (apart from when I lived at home I s’pose but I only had one bike and a bumbag’s worth of tools to deal with back then). Now I’m in charge of our very own garage and there’s a few bikes to allocate and a whole shed load of tools and spares to find proper locations for.

Now, I’m not the tidiest person in the world so I need to be careful not to set my sights too high. I just won’t keep on top of things if it’s too much faff or trouble. But I reckon a bike rack and a modest tool-board can be achievable. 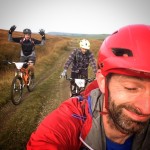 I think I only did one race in 2014. And I didn’t do very well in it. I don’t normally mind not doing very well (I’m always fairly ‘mid-pack’) but I was quite crestfallen as to how not-well I actually did!

I could – and should – have done a fair bit better. Partly it was not having ridden enough in the weeks leading up to the race. Mainly it was not trying hard enough during the race itself. I didn’t pedal enough. I thought being smooth and staying off the brakes would be enough. It wasn’t. Not by a long way.

2015 will be different. Well, I’ll still finish mid-pack but at least I’ll know I couldn’t have tried any harder. My first race will be the PMBA Enduro at Gisburn Forest. 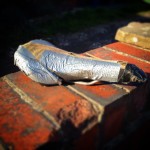 Look after my bike

I need to start looking after my main bike properly. It’s a fairly new bike and I need it to last. Bikes are expensive. Bikes perform so much better when they’re not knackered and filthy.

Since we’ve moved house (have I mentioned that already?) we’ve now got an outside tap and a hosepipe – woo! A big factor in how knacked-up my previous bike got was due to us living somewhere that didn’t have an outside hosepipe. It was always far too faffy – and cold – to bother attempting to clean filthy bikes with a bucket and sponge. So I didn’t. My bike fell to pieces. 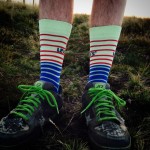 I’m a cyclist. Therefore I’m pretty fit but my body is a bit of twisted up wreck.

My hamstrings are like piano wires. My shoulders twinge and pinch from all the crashes. My thighs don’t like it if I walk too fast. My ankles don’t like anything. I’m pretty much incapable of running.

I need to be put on a rack and hit with mallets. Or something like that. I’m willing to pay. 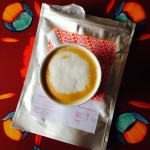 I’ve not been since 2010. Five year away would be something of a crime really.

What are your New Year cycling resolutions? Leave a comment below.