Saturday was the National 10-mile Time Trial championships in Alcester. Time trialling is just you against the clock and then the dreaded wait to see how you have fared against your competitors.

As the race HQ was some four miles from the race start, I cunningly headed over to a layby that was a little bit closer to set up camp and begin my preparations and warm-up. There were a few other racers there doing the same.

The course had a mixture of single and dual carriageway. A real mixture and certainly something to suit everybody. I was hoping for a top 10 finish if I was lucky; there were some pretty quick road girls who I’ve been racing with all season. You never know what they can pull out of the bag over ten miles. 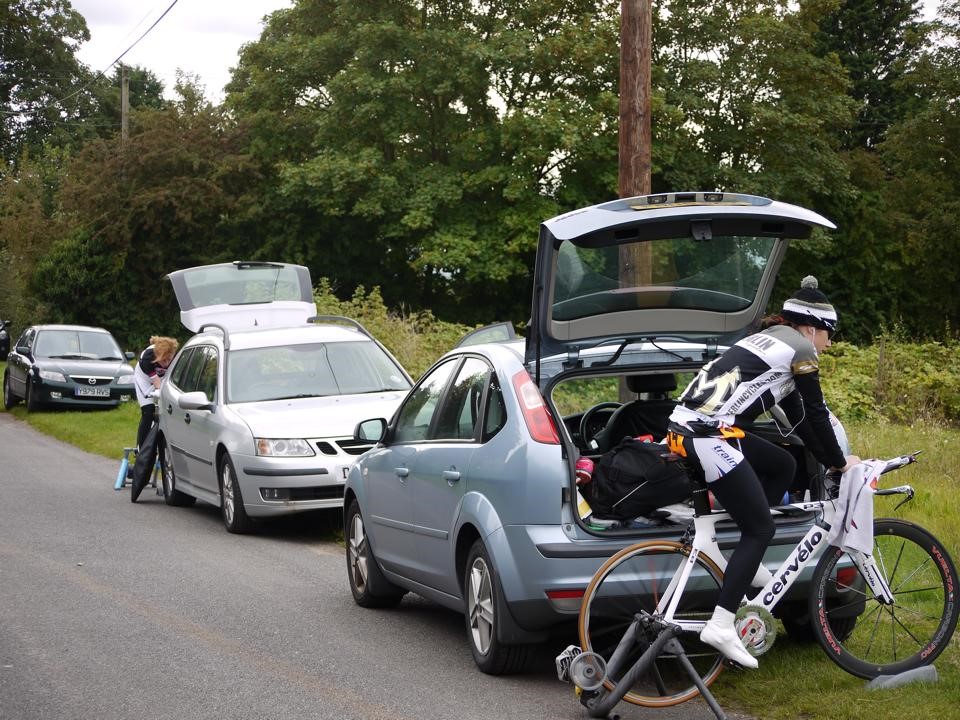 Onto the start line and the countdown begins, 3,2,1 and your off!

Trying to get up to speed as quickly as possible before settling into my rhythm…. which came to an abrupt halt around the first corner when a hedge cutter decided it would be the ideal time to chop the branches down. Every cyclist’s nightmare and especially in a national championships!

Back onto it and into the first round about at 3.5 miles. The next section of road was slightly more exposed leaving me open to crosswinds across the fields before heading onto the next roundabout and the final section of dual carriageway.

It was tough heading into the finish as the effort caught up with me. But you still need to keep going… 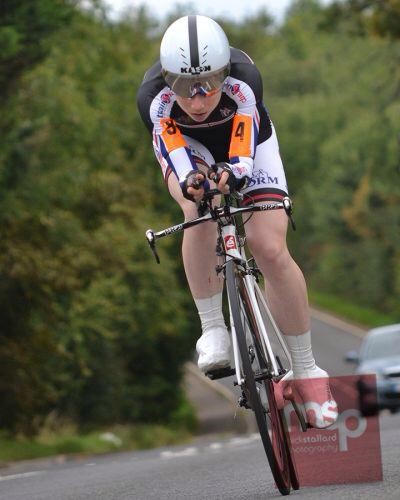 Then you cross the line…. And the waiting begins.

Once I got back to the car I thought “maybe 12th place”. I didn’t think it was a great ride by any means. I have to admit it took me a while to pack up, get changed, loaded and refuelled ready for next day’s race.

I started the drive back to the HQ and I got a call. It was my boyfriend Simon who was at home waiting for the results.

“Where are you? Do you know the results?”

Errrr no, I’ve been in a layby.

He started with Hayley winning, my team mate for Trainsharp coming second and then he said “you got third”

I laughed and went “what, is this a joke?”

“No you came third!”

I paused for a moment trying to let it sink in. Then I ended up with a fit of giggles combined with a flood of tears!

The tears were down to being so happy. It has taken so long to finally get a national medal. In the 10-mile TT as well – I was even more overwhelmed!

It’s my first national medal as an individual rider which made it all the more special. 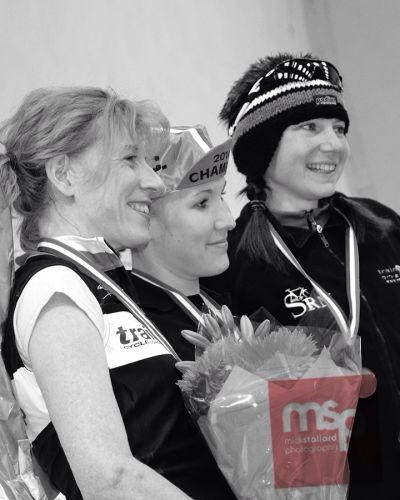 At the presentation we were presented the medals by Beryl Burton’s daughter Denise which was a real honour. I couldn’t stop smiling. I was absolutely made up.

The 2.5 hour drive home allowed me to come back down to earth – slightly – as I had to get ready for another race the next day.

On to Sunday and another car journey. Over to Scarborough for the Festival of Cycling at Olivers Mount, more traditionally known for being a motor racing circuit.

We started off a minute behind the men with twelve laps on the flat top circuit before one lap of “the climb”.

We headed off with everything staying together. Once the men caught us the attacks started.

Four of us stayed with them for the first lap, then just two by the second.  Then by the third I was on my own. All I had to do was stay in the bunch to hopefully get the win.

The supporters had been out in force writing names all over the road. The climb was full of support and the noise was unreal as it went up through the trees.

I got into my rhythm as it was a long way to the top, slowly I started reeling riders in one by one. It was then a false flat over the top so there was no respite – I had to keep going.

I looked around and was the only woman there I put my hands up to celebrate and took the win!

To say I was shocked would be an understatement. 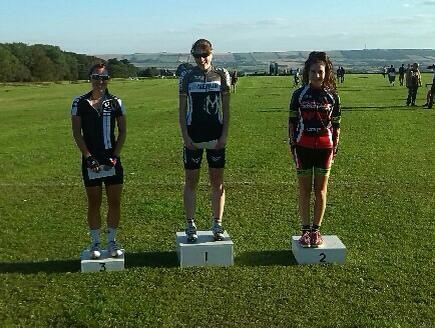 It’s certainly not going to be a weekend to forget in a long time.