The Duo Normand is the final event of the 2014 racing calendar for myself. I’m racing with my boyfriend Simon Wilson who races for Wheelbase Cycles.

He’s a pretty rapid time triallist having recently covered 25 miles in 47 minutes which is averaging just over 31mph! So I’m going to have to do my best to hang on.

The race is over 33 miles on closed roads over rolling terrain. It will be our first time racing together so we will just go with the flow. Obviously we’d like to race well in an international event but there are some good British and French pairs competing.

In time trialling you can only do what you can on the day and hope that its better and faster than everyone else. We will try and get all the processes right to hopefully pull out a good ride. We’re both really looking forward to taking to the start ramp.

I’ll let you know how we get on. 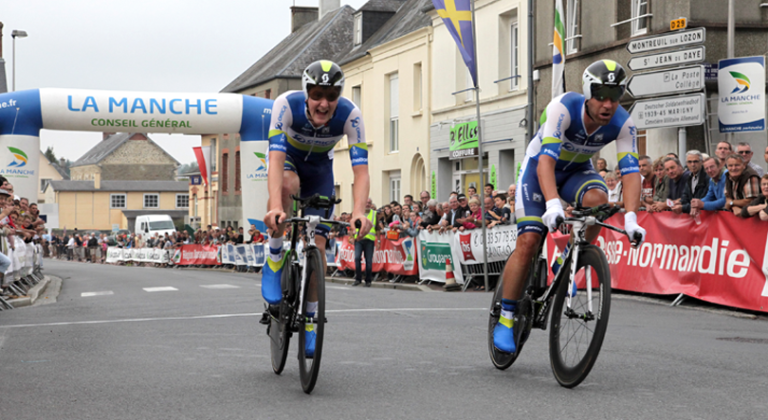 The Duo Normand is a two-man team time trial (against the clock) for elite racing cyclists.

Held annually in Normandy, France, it was instituted in 1982.

Launched by a local cycling association, the Duo Normand takes place on a road circuit of more around 54km every September.

The first three editions were for amateurs only; professionals were admitted from the fourth edition, in 1985.