I just wanted to write a quick blog to say a massive thank you to Merlin Cycles for their support in 2014.

The race team were supplied with top of the range bikes in our Sensa Giulias and some pretty cool kit to be able to race in.

The year started well with winning a couple of North West criterium races at Tameside and Salt Ayre, unfortunately I was then side-lined for nine weeks after tearing my stomach muscles in a completely freak accident! 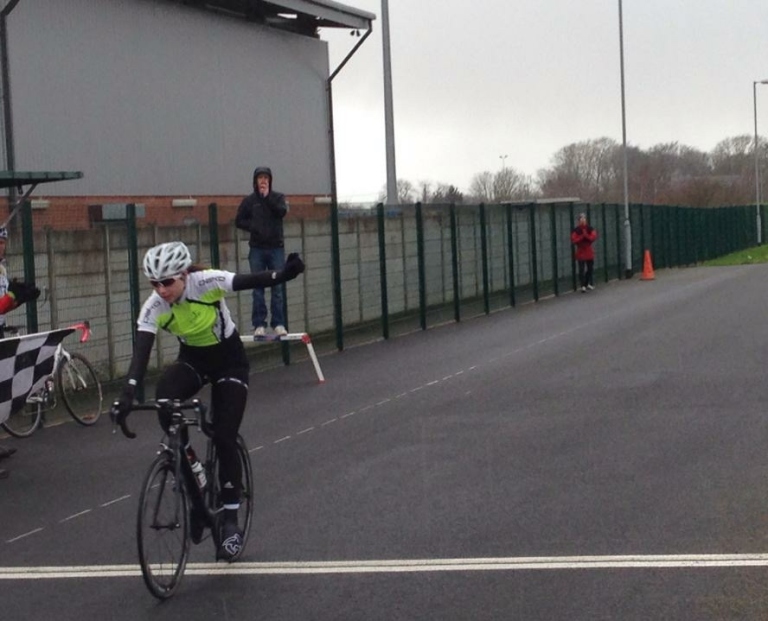 It would be fair to say that missing a huge block of training and racing meant most had written me off for the year, but with a lot of hard work and help from a great support network I got back to training and eventually racing.

It was pretty hard coming back with no fitness, luckily with an understanding coach we came up with a plan of action.

By June I was back racing again and straight in at the Surf n Turf 2 day, coming 4th in the Time Trial only to be beaten by the three W*ggle girls and team pursuit world champions Jo Rowsell, Laura Trott and Elinor Barker. 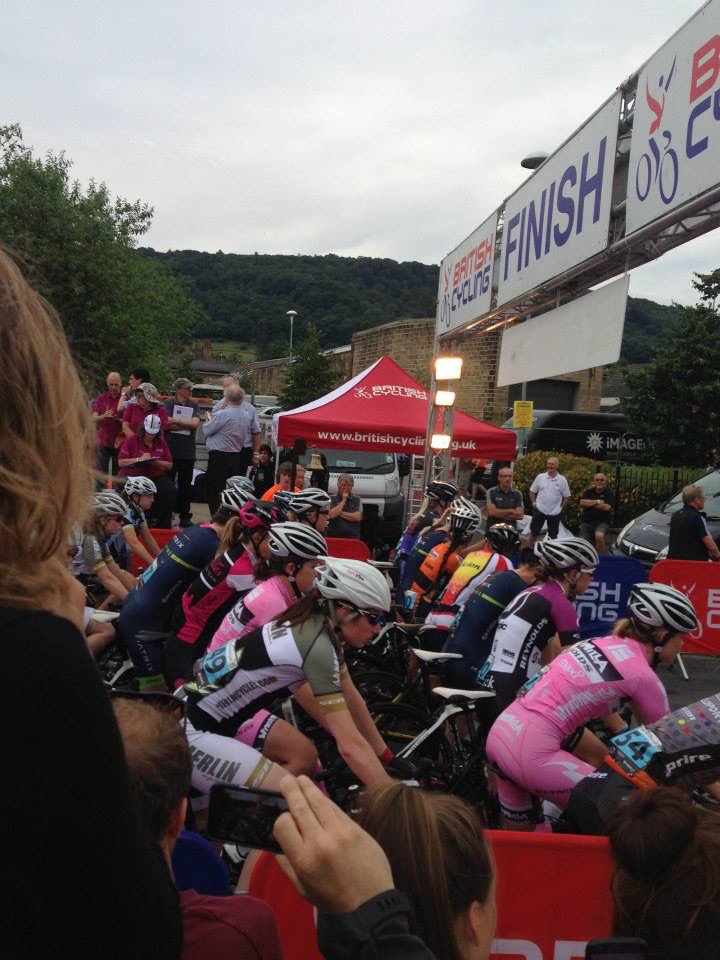 I was pretty surprised to get 7th in a couple of the National Series races, and really enjoyed getting involved in the town centre races at Doncaster, Ilkley and Otley. 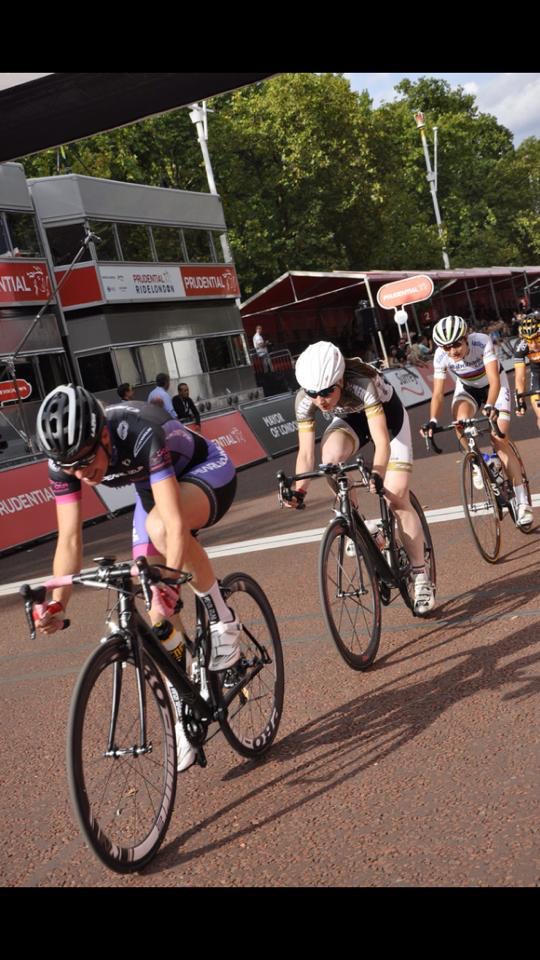 Racing on The Mall outside Buckingham Palace, the moment when I made a move on the back straight only to look under my arm to see that I had none other than Marianne Vos sat on my wheel heading towards the gates of Buckingham Palace it was one of those moments that you get goose bumps.

Following on from RideLondon GP I then found myself winning my first national medal at the 10-mile time trial championships, again one of those moments that you will never forget.

I was sat in a layby far from anyone convinced that it was a far from brilliant ride, driving back to HQ I then got a phone call from my boyfriend to say “Where are you? Do you know the results? You’ve got bronze!”

My reaction was a flood of tears and a fit of giggles as I couldn’t believe it! 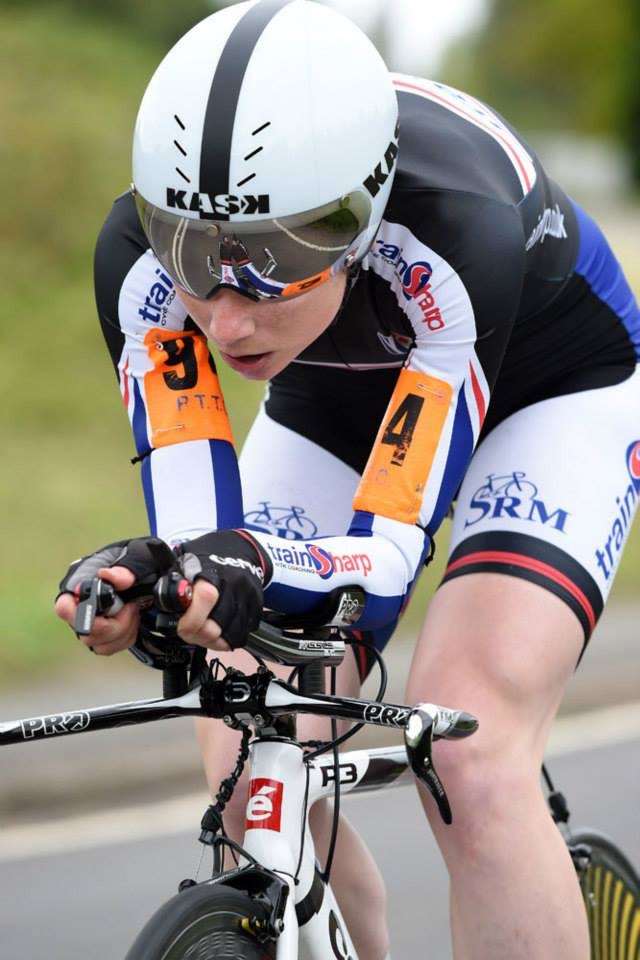 The year finished on a high with winning bronze in the National Circuit Time Trial Championships and then heading off to France to compete in the mixed Duo Normand category and winning the final event of the year. 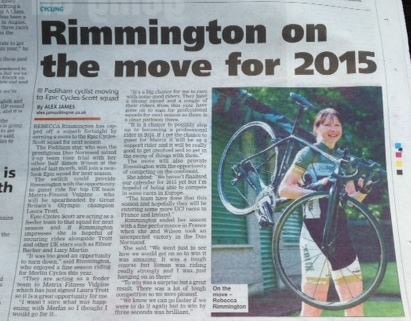 For 2015 I will be moving on to pastures new having signed for Ikon-Mazda which will hopefully offer some really exciting opportunities – the calendar is still being finalised at present.

Although I will not be wearing Merlin colours I can still be found at the end of a phone or e-mail and will certainly keep blogging for Merlin.

Once again thank you to Merlin Cycles for supporting the race team for 2014.