It seems that all my greatest blogs seem to be written in my head whilst out on the bike. By the time I make it home I’ve completely forgotten all of the well-rehearsed content that was going to make the best read ever. So for now consider these as just a few snippets from a weekend full of adventures out on the bike in Europe.

Pretending to be Dutch

Last weekend I had a great opportunity to guest for a Dutch team in a couple of races: the Lotto Cup in Erpe-Mere and the Tiel Tour Crit. All that was needed was one kit bag, one bike and my passport and away we went! 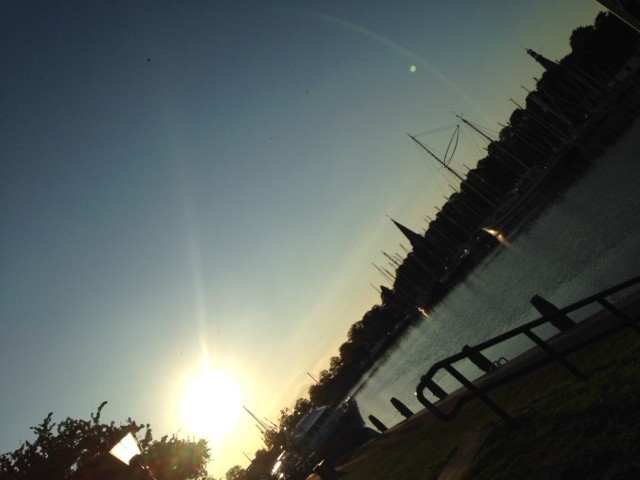 I was greeted in Amsterdam airport by the team who drove me up the beautiful town of Medemblik. As soon as I arrived it was straight out on the bike (where I grabbed the wonky pic above!)

Coming from the hills and lanes of Lancashire needless to say I found out that Holland is a) flat b) windy and c) they have something called a bike path. The latter completely confusing me. Bike riders having priority! Needless to say in my Britishism I couldn’t get my head around this concept and slowed – if not stopped – at every junction.

After a lovely little spin, taking in the windmills, it was a trip to the supermarket. “How far to walk?” “Walk? Nobody walks!” So it was my first experience heading to the shops on a hybrid bike. Just 3-gears – it was the best! The car park wasn’t overflowing with cars, just bikes everywhere.

After collecting the necessities and heading back to the house we spent the afternoon playing the traditional Dutch board game called Keezbord. It was a very quick introduction to speaking, reading and learning Dutch. Luckily I had a good teacher in my team mate for the weekend who gave me my vocabulary list.

The next morning we set off for the first race – the final round of the Lotto Cup in Erpe-Mere, Belgium. First stop for us was to pick up another team mate for the weekend (Marilijne) before going to a service station to meet my DS for the weekend (Joop) and another rider (Marion).

In convoy we then headed over to Belgium where we met our final two team mates Danique and Elise (who rides for the professional team Velocio-SRAM). 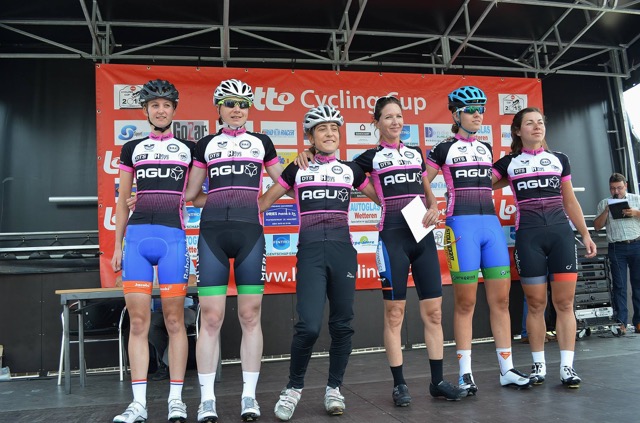 Riding under the team Noord Holland–Velocio we had the usual stage sign on, with photographs, before heading to the start line with 160 other riders.

The start was full gas from the off. We had 1 x 42km to do followed by 8 x 9km town centre loops. The conditions were hot and sunny – reaching 27 degrees – a complete contrast to the previous Wednesday at the British Crit champs in torrential rain!

There were 2 x King of the Mountain climbs on the 42km loop so a lot of battling was going on for position. By the time that we reached the finishing laps, everything was still together and no breakaways were sticking.

In the finale our team mate Elise finished 2nd and in the large bunch sprint I rolled across the line in 85th position. Nothing really to shout about but I was pleased with how the race went and it is a big learning experience being out there compared to British racing. 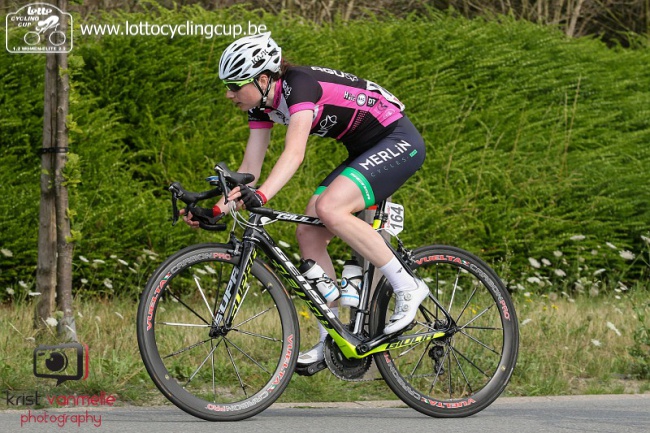 After packing up after the race it was all change in location as I went to stop in Pumerend so I could race in the post Tour Crit in Tiel.

Race day. Once again I was the only Brit in the field. I did not realise this as I was called forward at the start for an interview with all the other international and professional riders! If anyone has any YouTube footage of this – you will know that it was a rather entertaining interview albeit embarrassing for me.

The race in Tiel was even more full gas than yesterday’s race. The 1.4km circuit compromised of the start along a nice wide road, before turning into the pedestrianised centre.

To liken it to a UK experience, take a bricked/paved town centre, dig up a few bricks, chuck in a few dips and speed bumps, drain covers, add in 90 and 180 degree turns followed by a nice climb up to the main road to finish and that’s your circuit.

During the first time round the course flat out I’m convinced I spent more time pedalling in the air like ET than keeping my wheels on the ground. Fast and furious that’s the only way to sum up my race. I finished 25th.

After the race was the ex-pro’s followed by the big race of the evening with all the Tour riders – Woet Poels, Wilco Kelderman, and Bauke Mollema. Little did I realise when I was warming up that Liewe Westra was stood at the side of me. My claim is that I was in my zone!

However, as is the fun and games with bike racing, I didn’t get to see the race as I had to leave to catch my flight home. So I had to pack, change and go straight to the airport. But just as we left I received a text to say my flight had been cancelled! Bit of a problem. 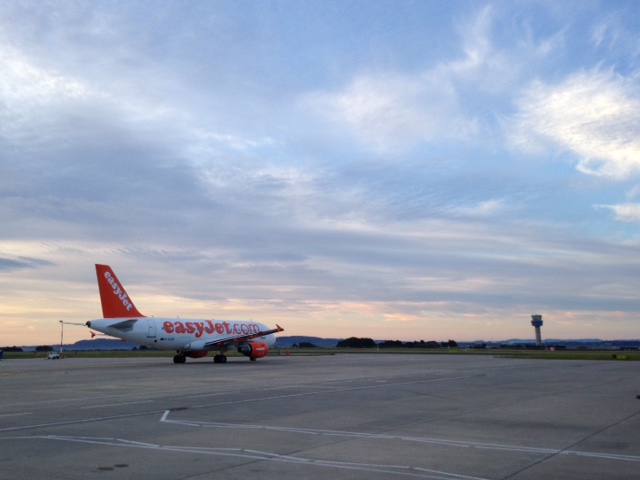 Needless to say I managed to get home. A day later and straight into work. All part of the fun and games of working and racing your bike. But it was a 100% great weekend.

This coming weekend (August 15/16th)  I’m looking forward to jetting off to the Ladies Tour of Norway competing against the world’s top teams Orica GreenEdge, Doels Boelmans and RaboLiv to name but a few.

I shall report back next week with my tales.