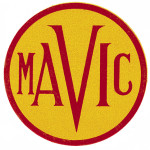 This weekend sees the start of the Mavic Trans Provence, a 6-day point-to-point Enduro mountain bike race. It’s the ultimate blend of gravity racing excitement and wilderness biking adventure. You can read more about it here.

It’s typical of Mavic to get behind a race such as this. Bicycle racing, of all kinds, is in Mavic’s blood.

To celebrate a great season of road racing, as well as the start of the Trans Provence, we’re going to take you back in time to show you what a massive influence Mavic have had on cycle racing and on bicycle technology in general. 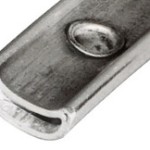 There are few bike brands with a history as long and prestigious as Mavic. They started out way (waaay) back in 1889 as a simple nickel plating business. Shortly afterwards they formally became Mavic.

Mavic is an acronym. It stands for Manufacture d’Articles Velocipediques Idoux et Chanel (Charles Idoux and Lucien Chanel were founding fathers of the brand).

Mavic’s first products were mudguards. Weirdly the next product of significance was a chain-driven pedal car for children in 1933. They were renowned for being a league in their own for pedal cars.

In 1934 Mavic properly got into the bicycling world. The Dura aluminium rim. These rims were a ‘mere’ 750 g compared to the other rims out there that weighed around 1.2 kg.

Antonin Magne (left) won the 1934 Tour de France on these rims, which were disguised as wooden rims(!) because alloy rims weren’t legal in the TdF rulebook.

In 1935 all the bikes in the Tour de France had Mavic Duraluminium rims.

Decades of Mavic racers and champions had passed and Mavic decided to experiment with the new science of aerodynamics. The disc wheel was born and although not legal in racing, it sowed the seeds for the future.

Also in 1973 Mavic began the practice of neutral and free assistance in races to all leaders regardless of sponsor.

1975 was another significant year. The first anodised coloured rims – including the iconic SSC Blue. Mavic also released the world’s first sealed bottom bracket (the 600 RD) and the 500 hub which bore several pioneering features.

Not one to rest easy, Mavic also released the Module E rim. A double hook clincher rim at the time where everything was about tubular tyres.

Designed in conjunction with Michelin and their Elan tyre, this setup sounded the death knell for tubulars.

Mavic ended the decade on a high with their ‘Tout Mavic’ concept. 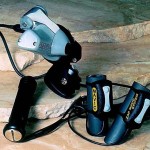 1994 saw Mavic unveil their first wheel as a ‘global system’ – meaning that everything about the wheel (rim, spokes, hub) was designed by Mavic. With fewer spokes than previous wheels, models such as the Cosmic were instantly eye-catching.

To finish the century Mavic laboured hard to birth Tubeless into the cycling world. Aimed at mountain bikers the UST system did away with inner tubes and instead relied on specially designed interlocking tyre beads and rim walls.

2003 saw Mavic bring out their first bike computer. With typical innovation the Wintech’s unique feature was that the sensor was built into to the lever of the wheel QR.

In 2005, Salomon and Mavic were sold to Amer. Salomon acquired Mavic in the 1990s, and was in the late 90s taken over by Adidas.

The 2012 edition of the Trans Provence becomes sponsored by Mavic.