A slinky piece of Swiss steel loveliness. Built up with vintage parts but topped off with a modern drivetrain.

Dale is one of our team of mechanics. Even though it should be a relatively quiet time of year he’s pretty much full-on building up new bikes in our workshop at the moment.

But we managed to collar him for a few mins to nab his bike into the sunshine for a few piccies. 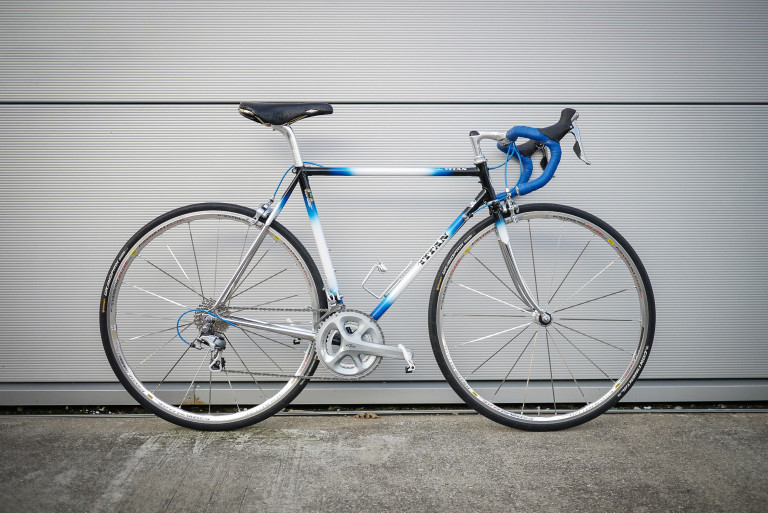 This particular bike is a 1980s Titan frameset and bits that Dale encountered in Switzerland in a bike shop over there. Dale has built it up with some choice bits from the same era of the bike but he’s opted to fit a modern Shimano 105 drivetrain (this is an old post and the linked content no longer exists) to it.

We think it all works – and looks – really good. What do you think? 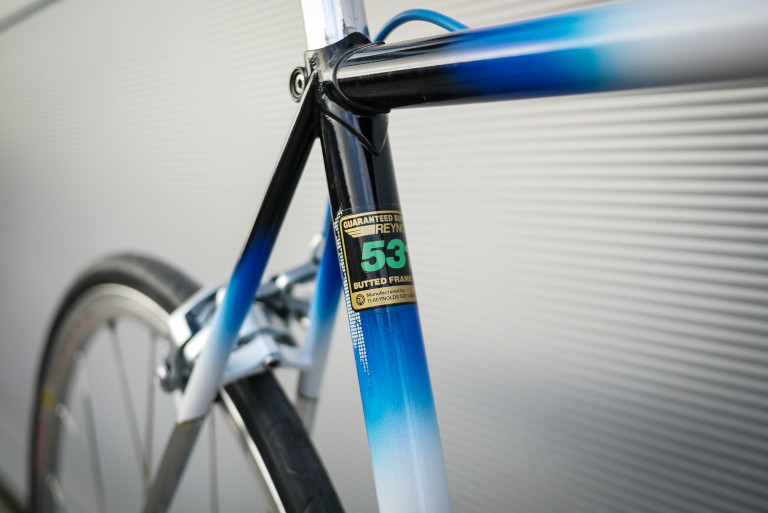 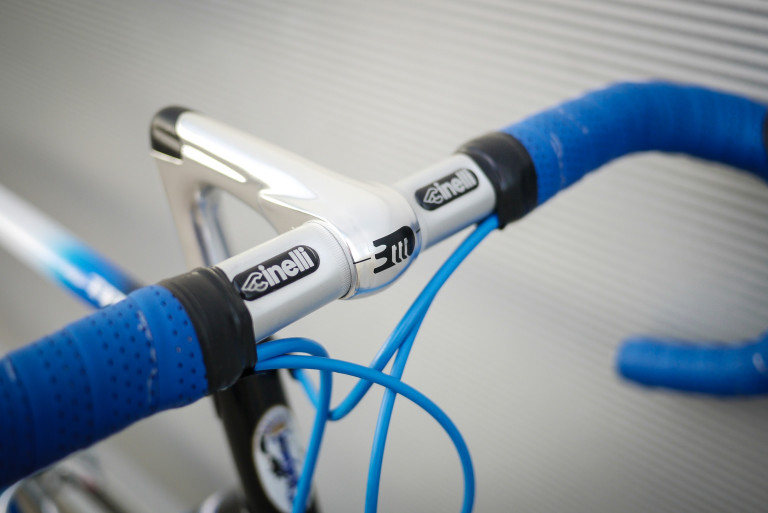 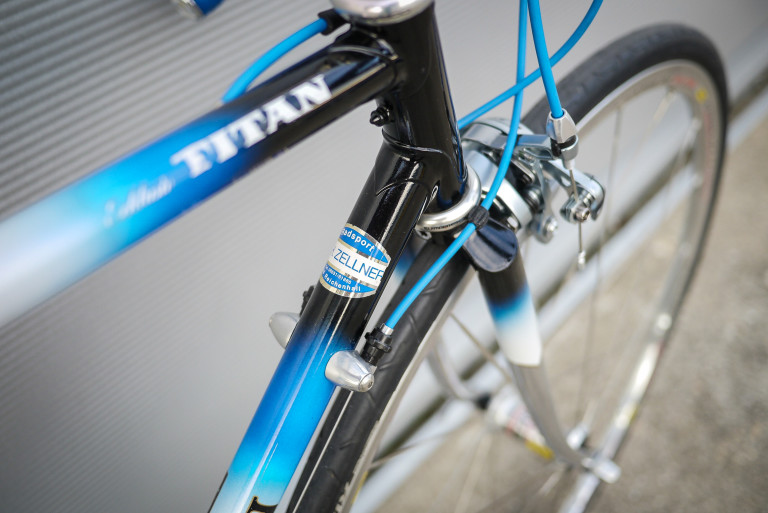 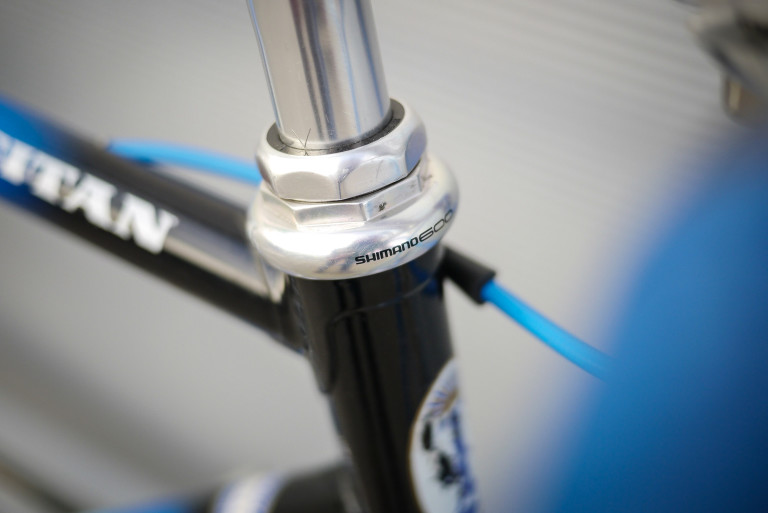 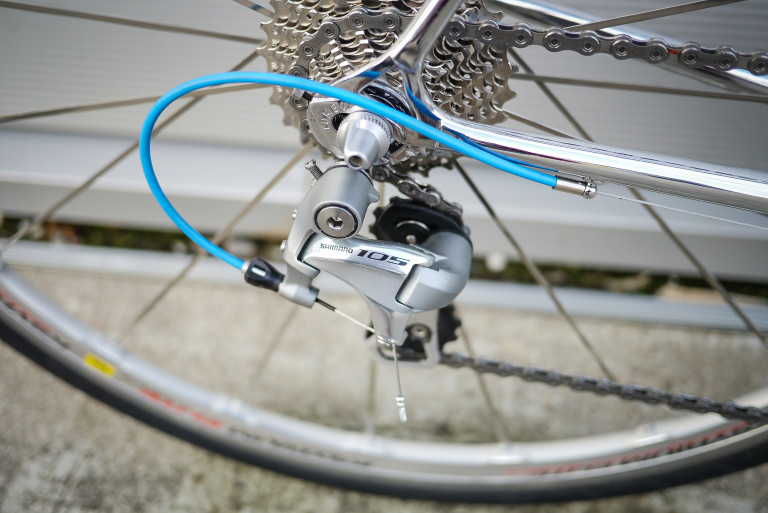 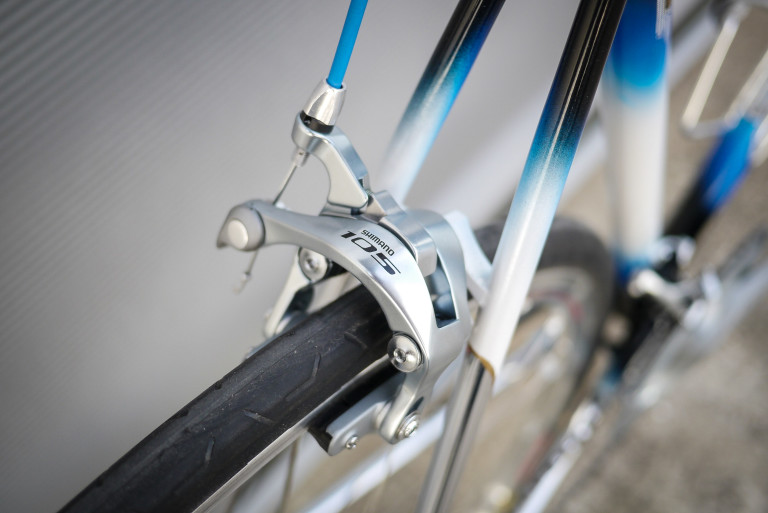 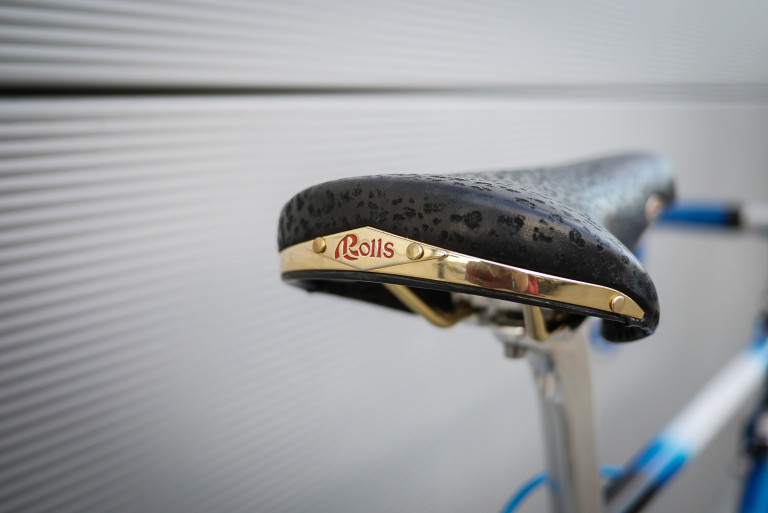 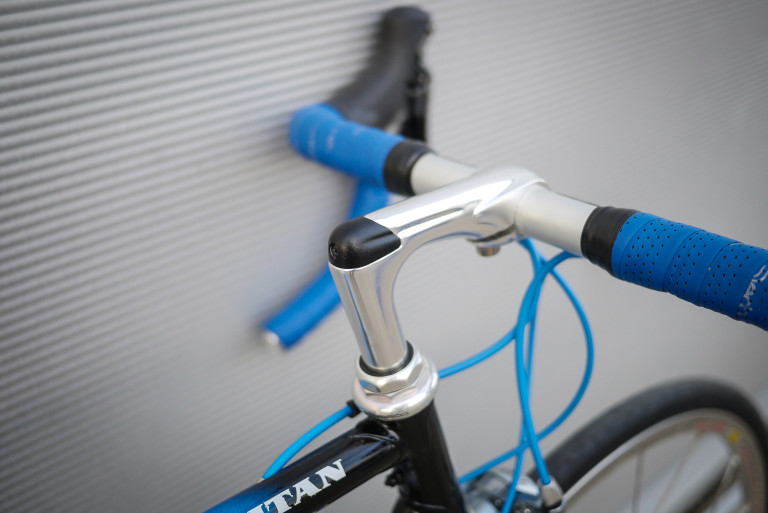 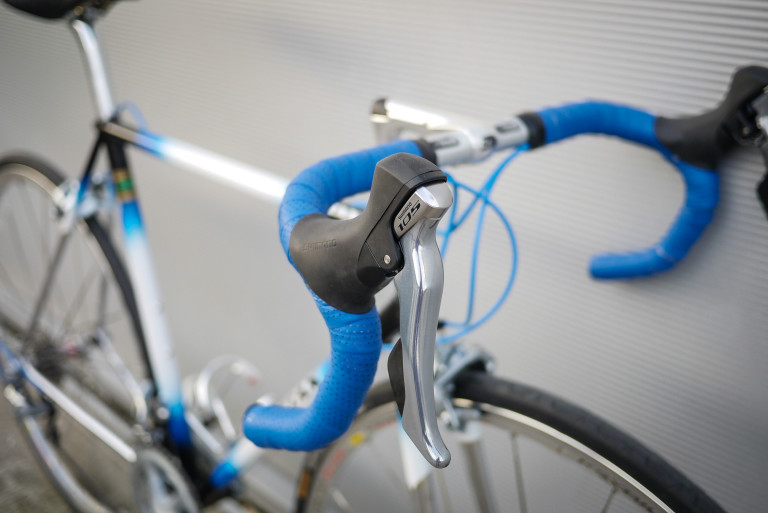 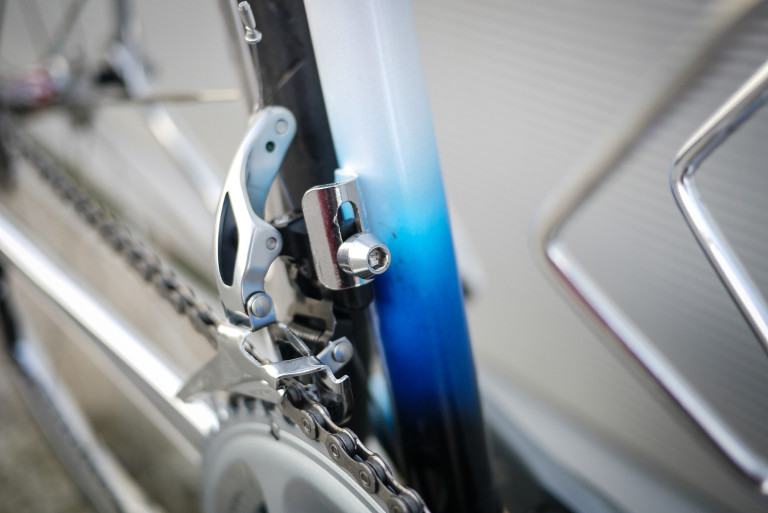 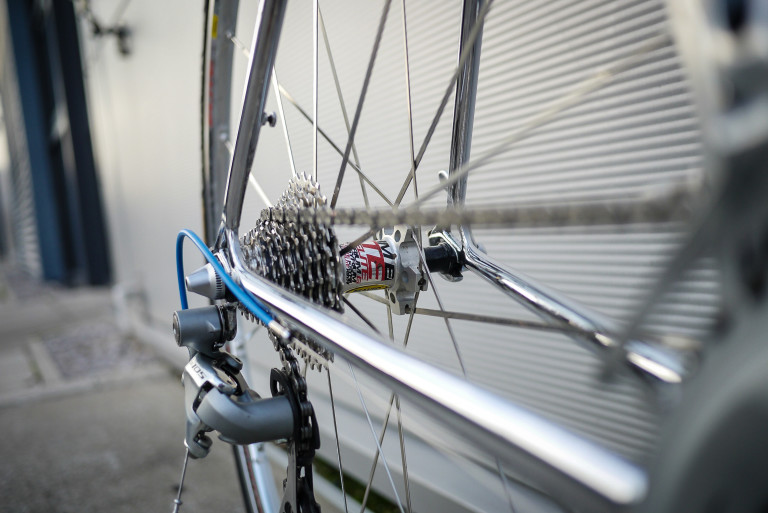 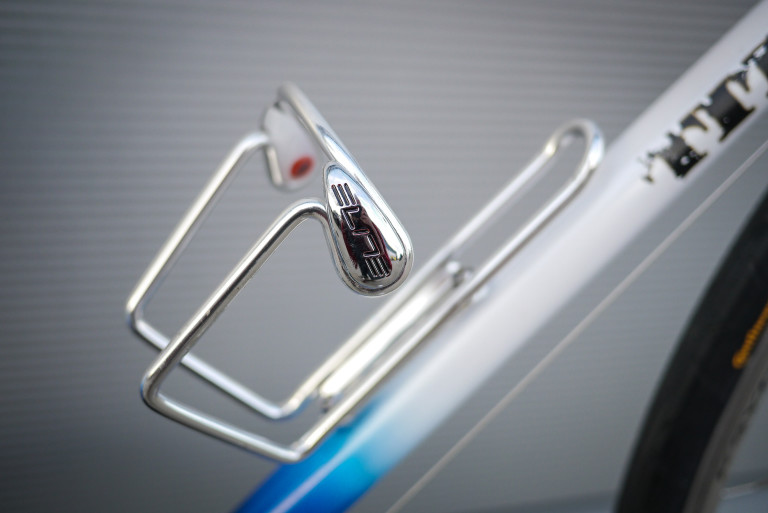 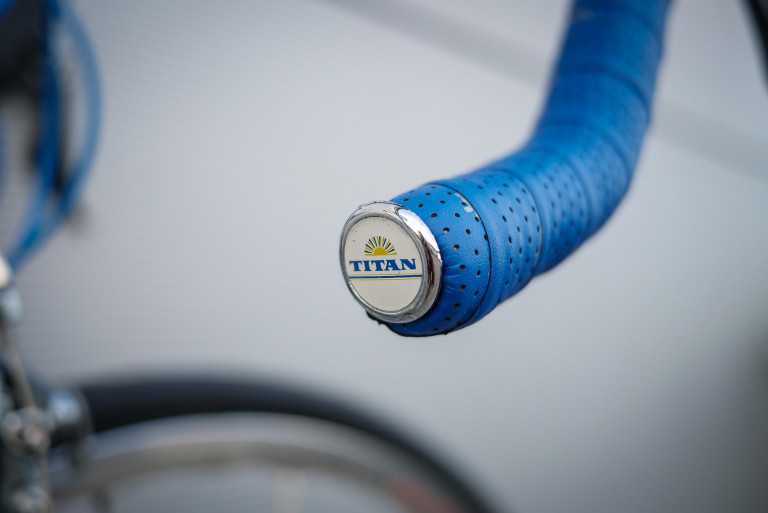 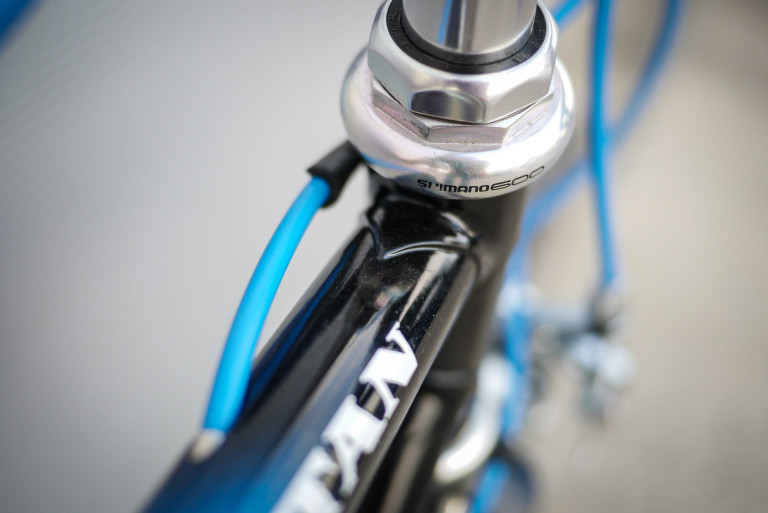 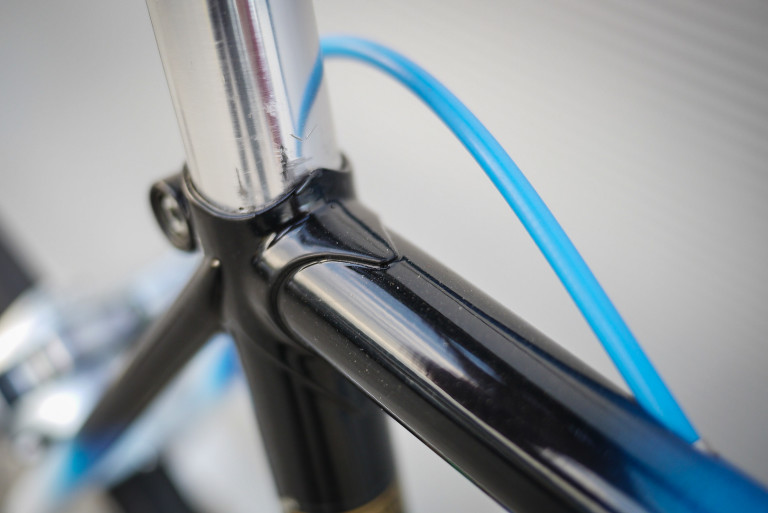 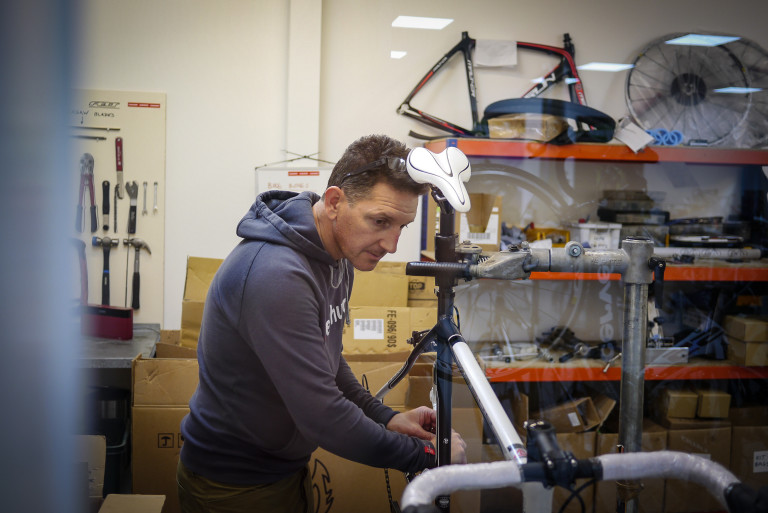 Here’s a picture of Dale in his natural habitat – behind safety glass in our workshop.