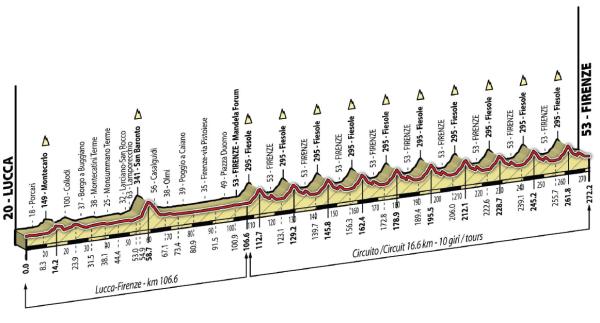 Well, Sir Bradley Wiggins certainly made those of us watching pretty anxious with his battle for silver with Fabian Cancellara in the men’s individual time trial in Florence! Attention now turns to the road races with all eyes on 2013 Tour de France winner Chris Froome and a strong Great Britain squad in the elite men’s and Lizzie Armitstead in the elite women’s races.

This year’s men’s elite world road race championship is one for the climbers rather than the sprinters. The 272km course has two climbs in the first 106.6km lap then 10 shorter 16.6km circuits with a short, sharp 4.5km climb each lap. This sets up a mouth watering showdown between the best riders on the planet as they ride in national squads instead of usual trade team colours.

Irish interest in the men’s elite race is also at a peak with their strongest squad in year’s taking on the race. Liege – Bastogne – Liege and Tour de France stage winner Dan Martin is backed up by his cousin Nicolas Roche who has just finished an incredible Tour of Spain where he finished fifth overall and won a stage.

Other favourites include the Spaniards Alejandro Valverde and Joaquim Rodríguez who the course looks made for but the Slovak sensation Peter Sagan has shown great form recently and if it comes down to a sprint will be hard to beat. Another rider targeting the race is Chris Froome’s SKY team mate and close friend the Australian Richie Porte who has shown this season he is very comfortable on this type of terrain. 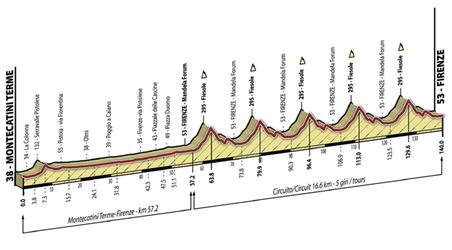 The women’s elite road race on Saturday is run over a 140km circuit and should also favour the punchier riders. With just one rise near the start of the 57km first lap, the real action starts when the riders hit the climb on the first of five 16.6km laps which are the same circuit the men will be using the next day

Reigning Olympic road race champion and last year’s world champion Marianne Vos from the Netherlands is the overwhelming favourite but she will not have an easy ride as former double world champion Giorgia Bronzini is on form and riding in her home country will no doubt help her. Strong teams from the US and Sweden will also look to control the race and our own Lizzie Armitstead is be well supported by a talented GB team and will be in the mix if the race comes down to a sprint finish.