The 2015 Enduro World Series (EWS) is to feature more rounds – 8 in total – and to also include 5 new-to-EWS venues, including one one the whole other side of the world. 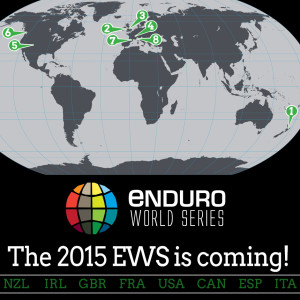 Which are the most interesting venues?

The series opener down under in New Zealand will be interesting for all sorts of reasons. The effect on the riders of long distnace travel for one. Then there’s the effect of the weather. It’ll be New Zealand’s Autumn in March so the potential for some dampness (or loads of it!) is pretty high.

Neil Gellatly is the New Zeland event director: “Rotorua has an extensive trail network in a rich geothermal landscape of native bush and exotic forest, offering riders a mix of rooted and well-draining flowing trails – making the region the renowned mountain biking centre of New Zealand. Visiting riders can enjoy a post ride soak in the mineral pools and be spoilt by great local hospitality.”

The series then continues with back-to-back rounds in Ireland – a new venue for the EWS – and Scotland. Ireland will no doubt put on a great event. Ireland is something of an enudro hotspot believe it or not and the EWS’ decision to host a round there is a recognition of this.

Niall Davis is the Ireland event organiser: “The trails here are natural and there’s no uplift, which should make for some incredible racing as riders have to be technically strong as well as very physically fit. But the reward for all that hard work will be getting to ride through Ireland’s famously beautiful scenery, not to mention sample some of the country’s world renowned hospitality.”

Round 3 in Scotland sees a return of the controversial ‘too-hard-for-enduro?’ Tweed Valley tracks. It’ll be interesting to see if any adjustments are to be made to the technicality of the stages.

One things for sure, the first three rounds of the 2015 EWS are going to favour riders who are more used to moister climates. Yay for us Brits then! 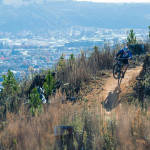 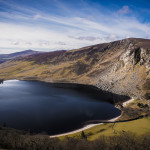 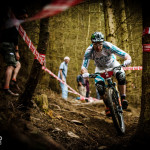 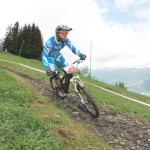 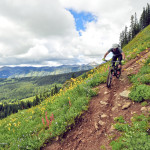 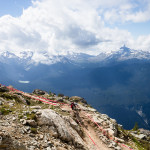 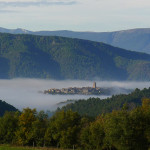 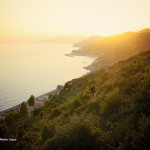 Who are the riders to watch?

The first four rounds appear to play to the strengths of the European racers. This could give Euro riders a significant points advantage by the time the EWS crosses the Atlantic for round 5 in the USA. It may also give them a large confidence advantage. The pressure will certainly be on the North American contingent to catch up.

In the men’s category, Jerome Clementz will be back. And he’ll want to prove a point. He missed most of the 2014 EWS due to injury. We wouldn’t bet against him. Yet youthful Martin Maes will be there or thereabouts. Maybe it’s time for the old guard of enduro to make way – or be blown away by – the young generation?

The 2015 series will hopefully see enduro podium be populated by the new breed. Having one or two established enduro specialists and old DH racers winning it all won’t be good for the wider world of enduro in general.

Tracy Moseley won the 2014 EWS women’s crown and generally when she starts winning crowns she doesn’t stop. Of the will-they-won’t-they new breed there’s Cecile Ravanel. France arguably has the most releevant history and tradition of enduro racing, so Cecile may be worth a bet.

Juniors? Someone French will win. Any of last year’s French juniors in the top 10 (maybe even top 20) will be in with a shout.

Here are some words from EWS’ MD Chris Ball: From the heartlands of mountain biking and backcountry big mountains of Crested Butte, USA, to our first visit to New Zealand, with Rotorua, to ancient, beautiful trails in Zona Zero, Spain, the high alps of Samoens, France and of course the rolling perfection of Ireland’s County Wicklow, we really will sample the world’s best trails with the world’s best riding communities. I can’t wait for 2015 to begin!”

What is the EWS?

More about this topic…