The first ever women’s Tour de Yorkshire took place on Saturday in the centre of York. With over 100 riders on the start line it was another indication that women’s cycling is on the up.

Fields of this size are becoming increasingly more popular in the UK, it used to be something you would normally only ever come across in Belgium or Holland. 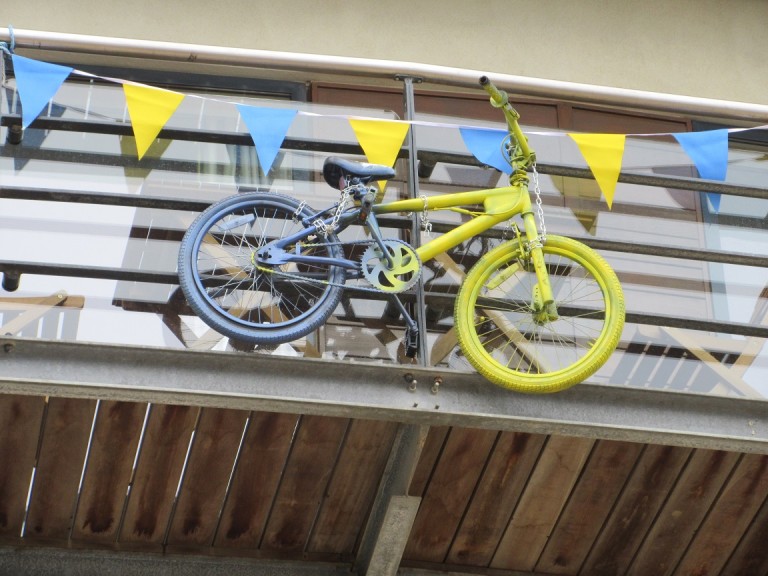 Having reccied the course the day before, it was clear that this was going to come down to a sprinters’ stage. Positioning was going to be vital going through the city (due to the technical sections) and then we’d be out into the countryside where the forecast wind was going to be the decisive factor. With plenty of lefts and rights, crosswinds and tailwinds, whether any riders would get away would be interesting over the relatively short distance of 50 miles.

At our Ikon-Mazda team briefing we agreed that we would be working for our two sprinters Lou and Ella. The rest of us would be covering moves and making sure that if anything went up ahead then we would be in it, or otherwise bringing it back for the sprint, where are greatest strengths would lie on this course.

Off to the start line

As I rolled out along the finishing straight to the start, the crowds were already five deep. The banging on the boards had begun, the cheering, klaxons – unbelievable! 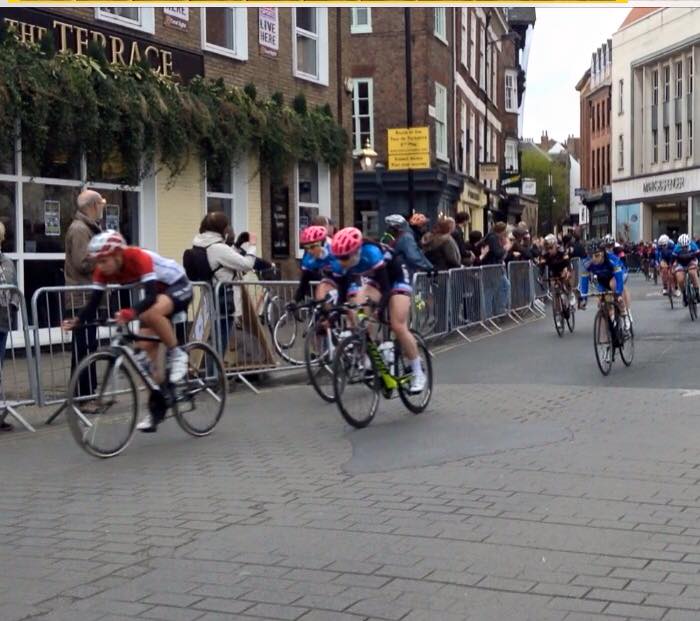 For me it was great because my parents had driven up from Leicestershire to come and watch and my boyfriend rode over from Lancashire. What came even more of a surprise was the shouting of my name from someone in the crowd only to look over to see a contingent of my old masters swimming group that I used to coach, they had all travelled up from Melton Mowbray to watch the race!

The countdown began and the race rolled out through the city (it was a neutralized start) to the Mickelgate Bar which is one of the key landmarks in York. The flag then dropped from the pace car and that was it – the race was on!

I knew that it was going to be an aggressive race and sure enough attack after attack went. The pace was lined out and riders were losing wheels, gaps were forming and it was a case of making sure you were in the right place at the right time.

Quickly the lead group had formed down to forty or so riders. All the big teams and names were there. Although there were sprints every lap it was becoming more and more apparent that this race was going to come down to a sprint.

Throughout the race the crowds built up around the full 12 miles of the circuit. Going through the finishing straight each lap it was like a vacuum around us and we just floated down the road. It still gives me goose bumps to think about it now. 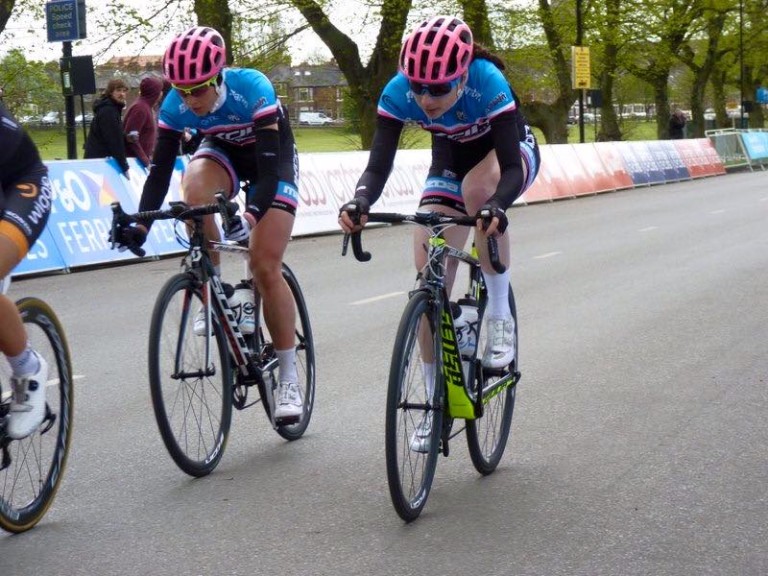 I rolled in with the lead group in 28th position. My team mate Louise Mahé out-sprinted Wiggle’s Eileen Roe and Pearl Izumi’s Katie Curtis to grab the win.

Our team has been hovering near the podium for the last few rounds of the national series so to finally get the win today was a massive boost for the team. The standard in the UK has gone up massively now; a lot of the professional women are coming back to the UK to race which is great for us as we can see where we are at and aim to make the step up.

The next race for us now is over in Belgium at Trofee Wynants one of the Lotto Cups, so York was great preparation for what is to come.

The results in full

One comment to “Experiencing the Women’s Tour de Yorkshire”