With the race season in full swing we thought it was high time we (re)introduced some of our sponsored riders and caught up with how things are going with them at the mo.

In the second part of this chat series, we talk to Jon Gildea.

In May 2012 Jon was badly injured in a mountain bike accident which lwft him disabled. It happened when he was out on his downhill bike on an uplift day in Wales. He didn’t quite make a gap jump and basically folded his leg at the knee and was left with permanent damage.

He had two major re-constructive surgeries but he’d completely severed a major nerve. Basically he can’t feel his left foot or walk without an aid in his shoe. 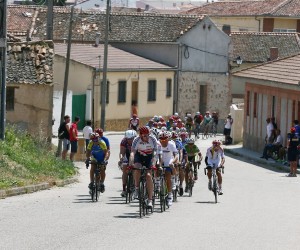 Jon started training hard with physio, then also with a trainer in the gym. Dieting, riding gently offroad and then riding on the track before Christmas 2012. Within 10 months he began to compete like he used to as a kid, alongside able-bodied elite cyclists.

He’s now officially a C5 Paracyclist with a place on the British Cycling Development Programme monitored by Team GB.

Jon’s ambition is to race at the Rio Paralympic Games in 2016 for Team GB.

Mainly road, time trial and track nowadays, but I am a MTBer and ‘cross rider at heart.

3. How long have you been cycling?

4. How did you first get into cycling?

I got a mountain bike when I was 12, Diamond Back Tapanga, and then did a MTB race in Chester at Sail Sports.

5. Do you do any other sports?

Not anymore, since injury.

A MTB ride in the Peak around ‘Ladybower Circle’, I have been riding there for over 20 years.

8. What bike are you riding most at the moment?

9. What was the last bike you got?

Very tough one, although from a personal point of view probably winning my first E/1/2 at Salt Ayre in May this year, I managed to ride off for the last few laps on my own and have a proper celebration over the line. 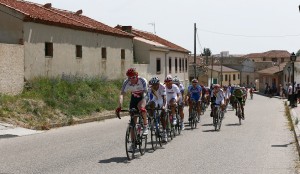 11. What are your strengths?

Will to win, bike handling skills and giving it 100%.

14. How do you set your bike up? Is there anything you like to have ‘just so’?

It needs to be clean, like a new bike with breaks and gears spot on.

Spares, drink, bit of cash and food just in case.

Riding Continental Gatorskins on my road bike at the moment so I have the confidence to smash the downhills and corners.

My National Champions jersey from the Masters Track Championships that I won last month.

Yes, great to have all of the data and see what everyone else is up to as well. I love getting KOM’s, it’s addictive!

19. Are you a fervent Social Media user?

I blog on the Merlin Cycles blog and I’m on on Facebook – Jon Gildea Paracyclist – and Twitter – @JonGildea.

I have been pretty much addicted to biking ever since I got my first MTB. I just love bikes and all types of biking.

I am racing twice a week at the moment, just won the Paracycling National Champs at the weekend (lapped the field).  I won the Masters B pursuit title a few weeks ago on the track (able-bodied), I have had a couple of top 10’s in the Paracycling World Cups on the TT’s, also broke my club TT record by a huge chunk a few weeks back.

I have 149 British Cycling points at the moment so I am racing for points to become a 1st cat before the end of the season. Switching to mainly track at the end of September.