Here’s a choice rundown of some of the best bits of new stuff that has arrived with us in the past couple of weeks or so. What’s your favourite item?

The KTM Revelator is KTM’s premium road race frameset. The complete bike has had some amazing reviews and the pro riders in the UK and Europe have shown it potential. We’ve already sold out of our first allocation – sorry! 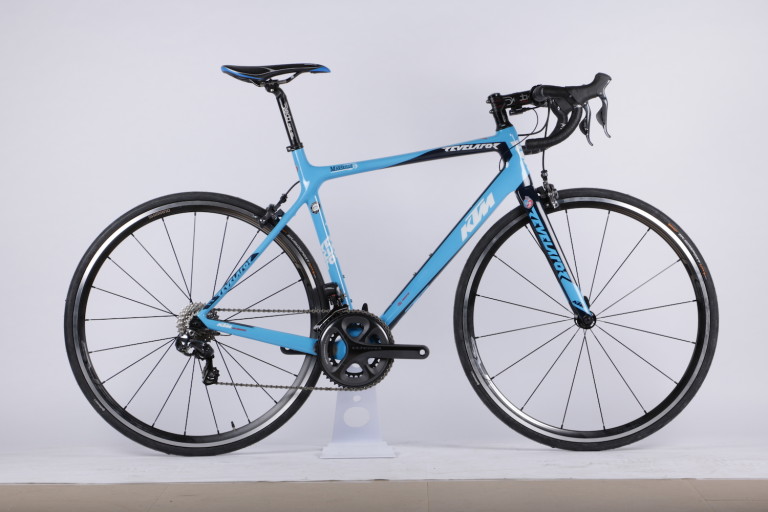 The KTM Revelator is KTM’s premium road race frameset, as used by the UCI pro team Marseille 13 in 2015. This is the electronic-specific version that’s decked out in the aforementioned pro team colours. 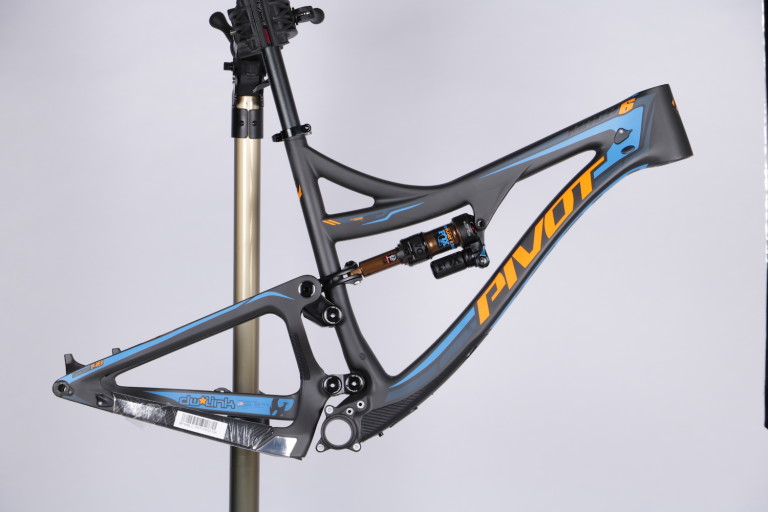 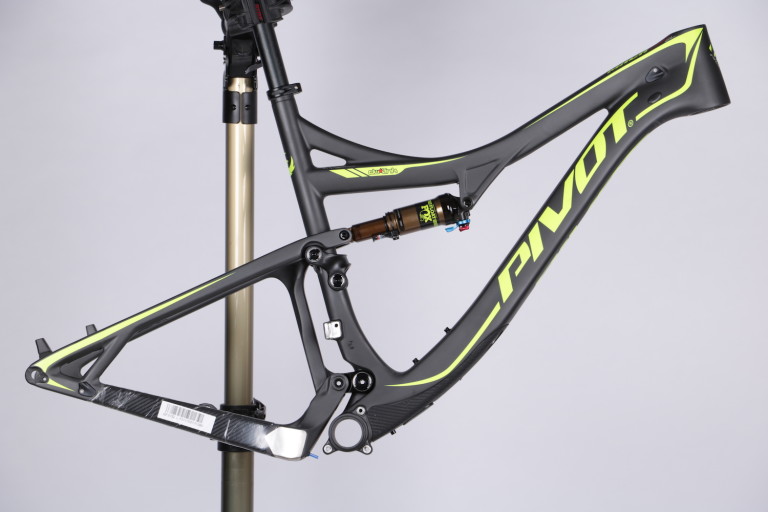 Despite all the jabbering about 27.5 and now 27.5+ there’s no getting away from the fact that for some riders 29 inch wheels are faster. A carbon full suspension 29er with 100mm of travel will be an absolute blast pretty much everywhere it’s pointed. 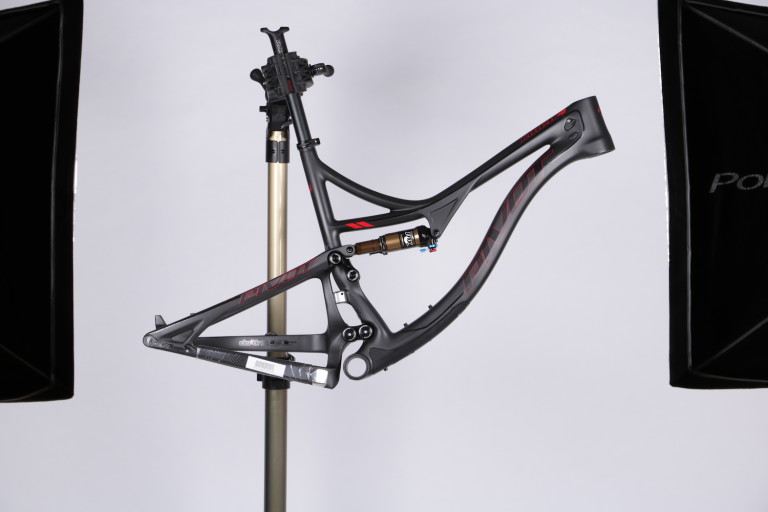 The Mach 4 is the bike that started it all for Pivot. Now in its 4th generation, the Mach 4 Carbon rolls on 27.5” wheels and gives out 115mm of travel. At 2.5kg it’s the lightest full-suspension frame Pivot have ever made. 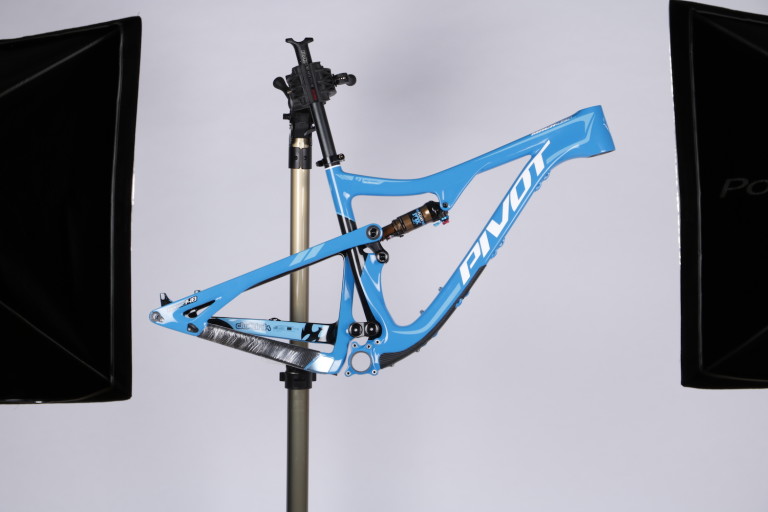 Principally designed as a 116mm travel 29er trail bike, the 429 CTL can also be run with the new kid on the block wheelsize: 27.5+. Whichever hoops you throw in it, the Mach 429 CTL is the burlier, bigger travel, Boost-ed, 130mm-forked, slacker sibling to the 429 SL. 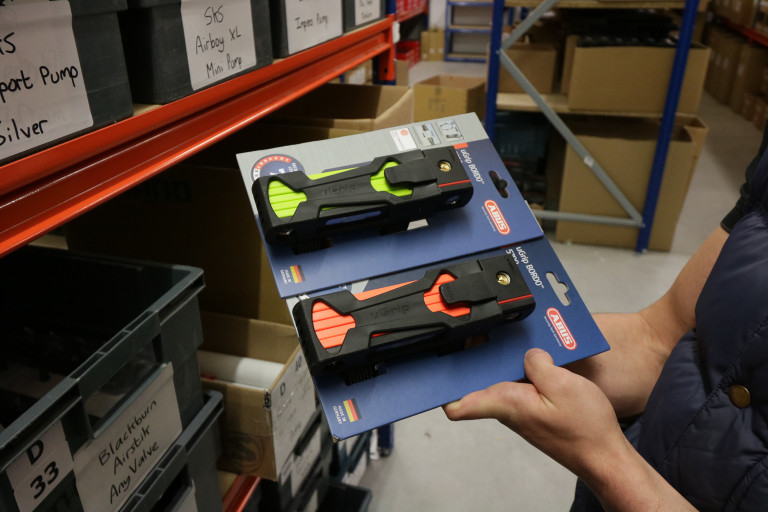 A folding more-portable lock that offers the security of a decent U-lock. Useful if your frame is unsuitable for mounting a U-lock on or if you’d just rather stick a space-saving lock in your bag. Now available in a few colours. Just because. 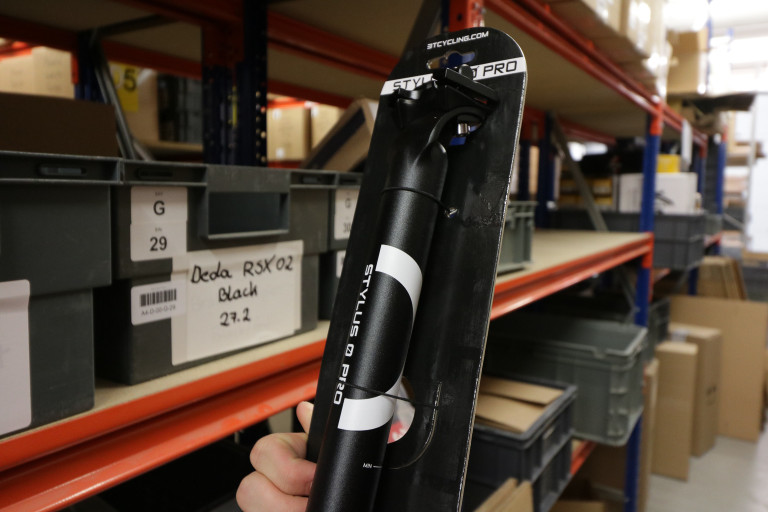 It may just look like a bog standard alloy seatpost but there’s actually a nice bit of engineering and design gone into the clamp head which offers an almost-inline clamp position with the security and stiffness of a two bolt design. And there’s a cool white logo on the shaft as a mere bonus. 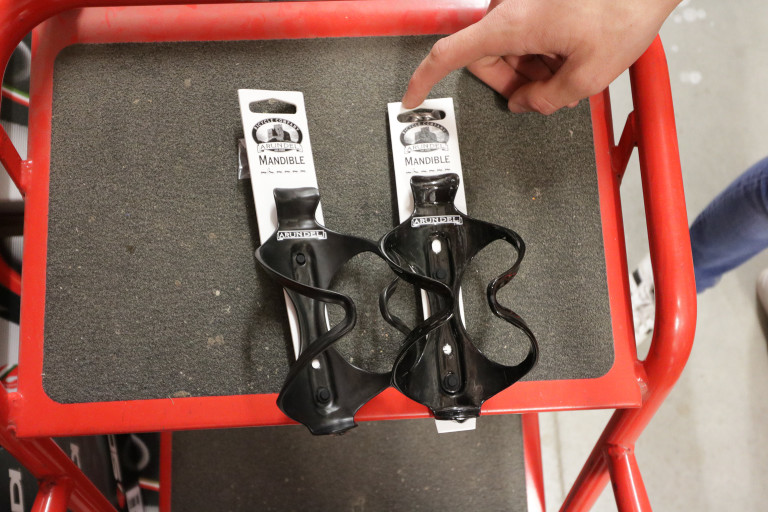 Strong but light, like an ant’s jaw. How can anything so seemingly fragile be so strong, you ask? Because the shape of the arms allows for a smaller cross section, but provides 40% more bottle grabbing power than other cages. It’s tough enough for any type of use, including mountain bike, cx bike, triathlon style brackets and cobbled road riding. 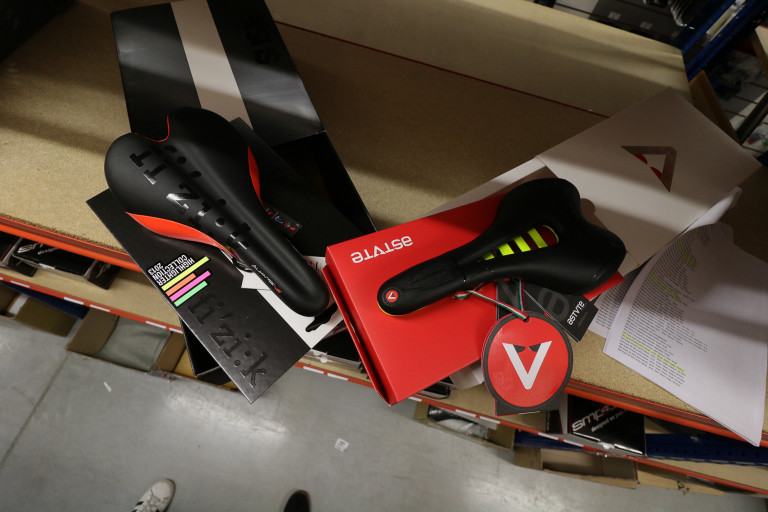 In the battle of the flouro saddles there are only two real manufacturers worth considering: Fizik and Astute. Fizik have been aorund long enough to have an army of fans on their side. But plucky new brand Astute has definitely won over some hearts and minds in the past couple of years. Choose your (flouro) weapon! Eek! Our helmet has split in two. Don’t worry, it’s supposed to. Two helmets for the price of one! Well, that’s how you can rationalise the purchase of this helmet to yourself and others close to you. P.S. it’s one of the laws of Goods In that if it says “MIPS” on it, it HAS to be featured. Stans is the number brand in tubeless systems. They are pretty much responsible for the adoption of tubeless as a norm. But in recent years some other companies have come out with some good tubeless stuff. Case in point – Revo sealant from Continental. Great stuff. But Stans are fighting back with their new Race Sealant. Calling it “Race” is arguably a bit silly. It gives the impression it’s about minimalism and light weight. The opposite is true. It should be called “Extreme Sealant”. It has twice the sealing crystals compared to standard Stans. “XL” crystals and standard crystals combine to seal larger punctures. Premium low-viscosity latex coats the tire’s sidewalls for quicker sealing. It’s amazing stuff! 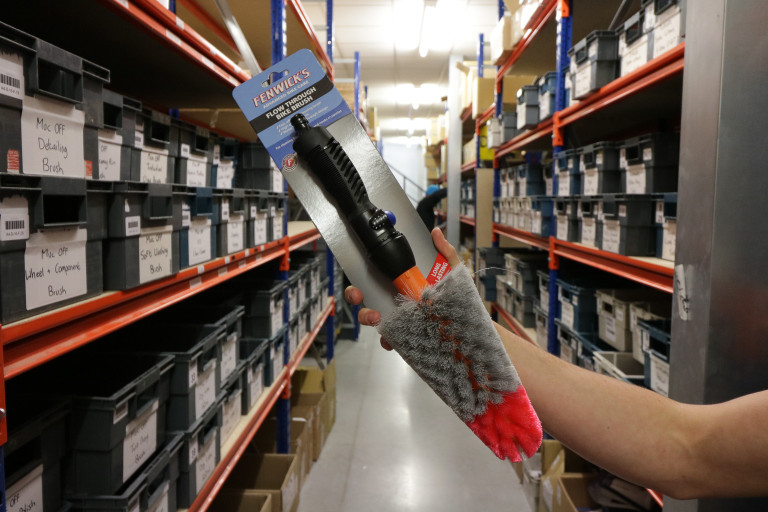 This is the sort of theing that experienced cyclists get excited about. You can keep your silly megabucks carbon wheel rims. Give me a hosepipe brush that makes cleaning my bike easier and thus make my bike work better and last longer – now you’re talking! Something that will genuinely improve my bike life. For less than twelve quid. 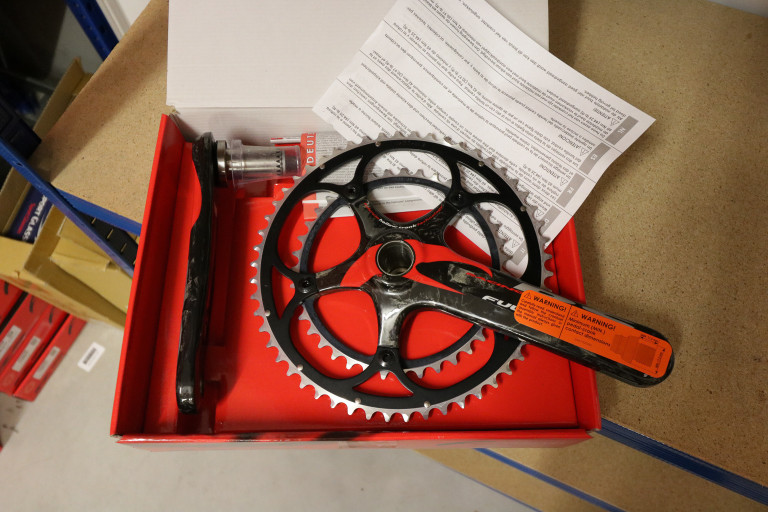 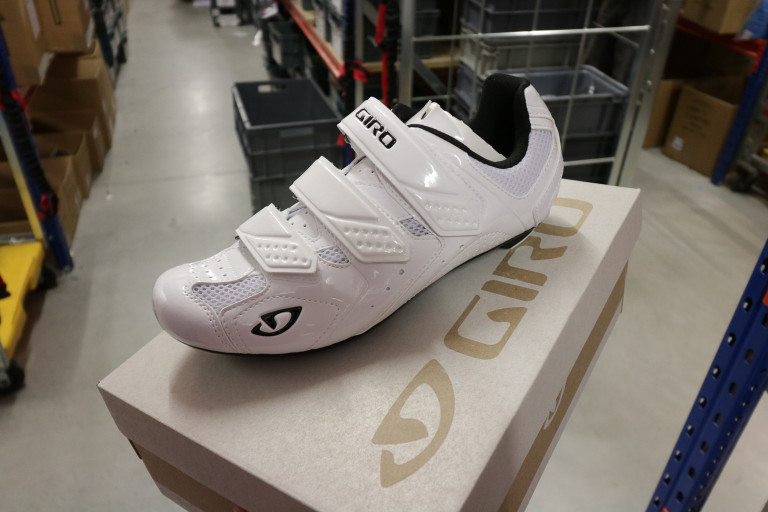 Why should elegance be the reserve of expensive shoes? These white beauties are affordable. They may not have a ratchet strap or even retro-fashionable laces but at the end of the day there’s not a lot wrong with three well executed velcro straps. Show your allegiance to the best road cycling channel on YouTube – GCN. We love the Global Cycling Network. Their videos have just the right mix of interesting and amusing stuff. If you haven’t done so already, head over to their YouTube channel and hit ‘subscribe’. 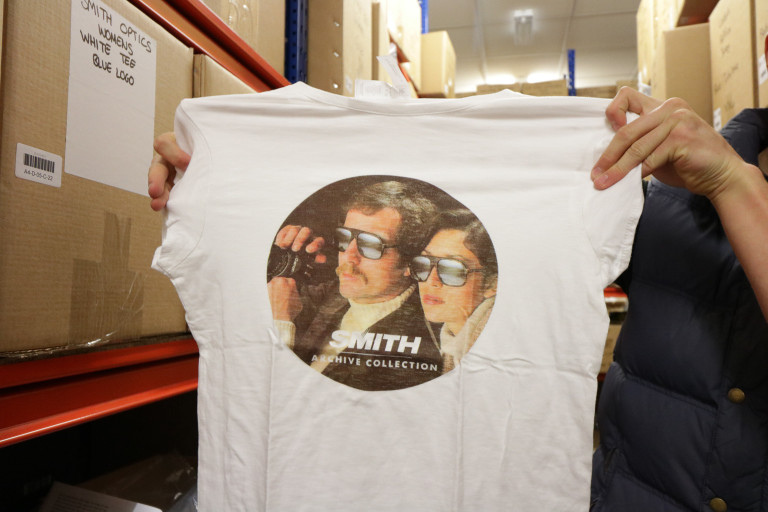 Nothing says 1970s like a moustache and a turtleneck sweater. People had style back then. Not very good style, but style nonetheless. 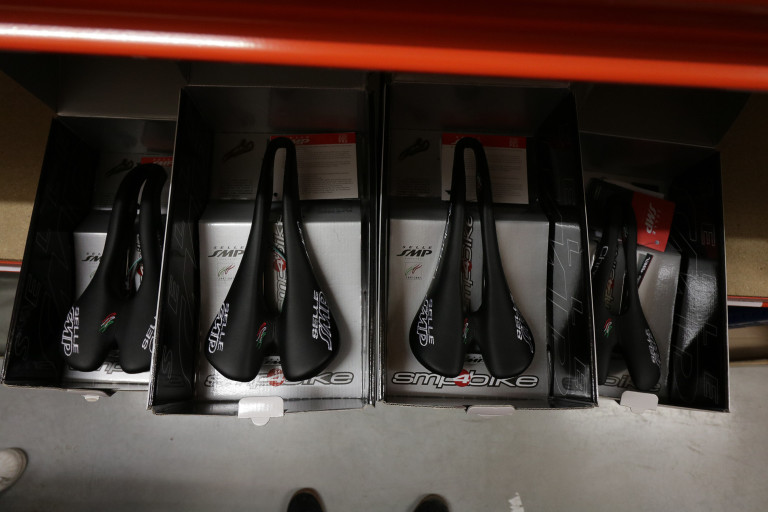 Holey saddles Batman! There’s almost more hole than saddle in some of these models from Selle SMP. What you can’t see in this pic is how Selle SMP saddles all have drastically dipped noses on them too. The idea of the holey-ness and the nose-dippings is to prevent your body weight being supported by soft tissue. These saddles are exclusively about having proper support from your sitbones. Not so much a new product but a new price that is rather significant. These helmets RRP at £200 and we’re moving these out at £79.00. Wowsers!

Time was that Avid/Sram disc brakes had something of a bad rep. Reliability issues was the main complaint. You’d only get a few months good use out of a set before they’d go awry and never work at 100% again. Sram went back to the drawing board and released the Guides and these excellent brakes are quickly winning back the faith in Sram brakes. 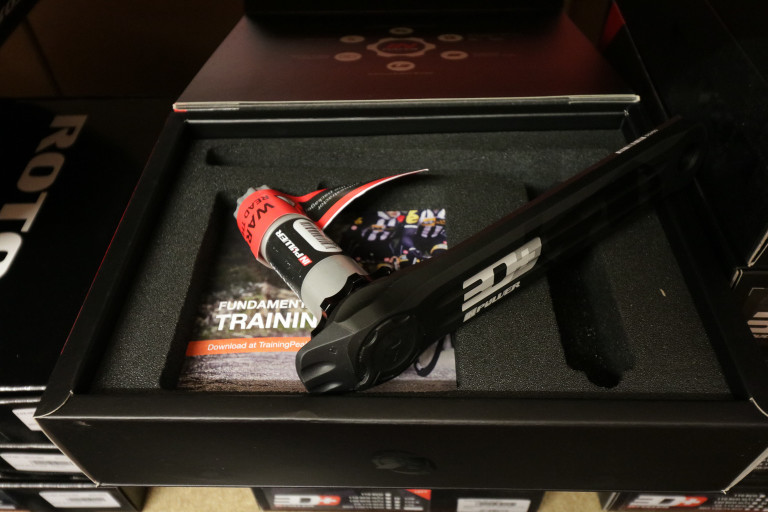 With all the electronics housed in the spindle the system is protected from wind, rain and road debris. The battery is also located within the bottom bracket spindle and typically lasts 300 hours when fully charged. The setup is only the lefthand crank arm by the way. 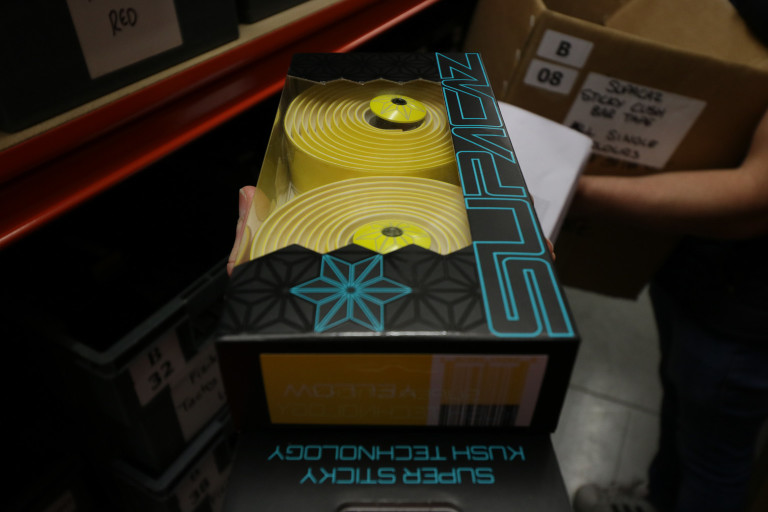 Did someone say the T word? Yep, it’s time for the Tour De France. Well, technically it’s not but it is that time of year where the bike industry starts to click up a gear with regards to the French fest. Regardless of whether you’re bothered about the TDF, this bar tape is still a lovely yellow. 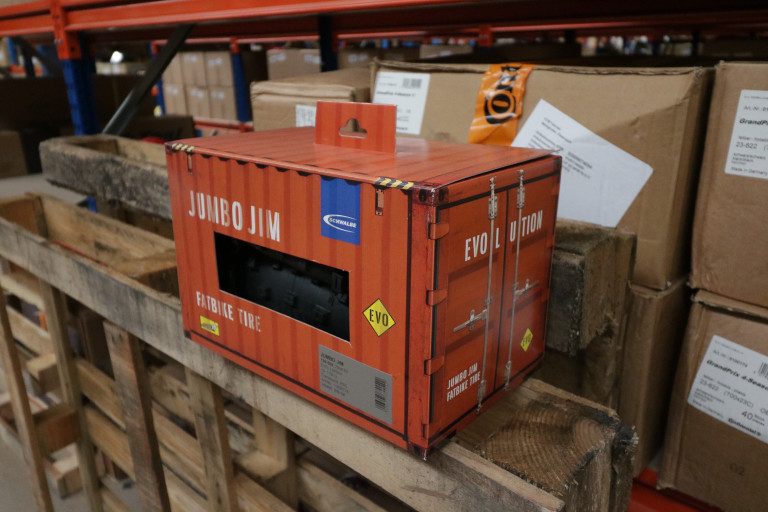 4.8in. Four. Point. Eight. Inches. If you have to ask “why?” then these aren’t for you. Move along. Let the fatbikers have fun. 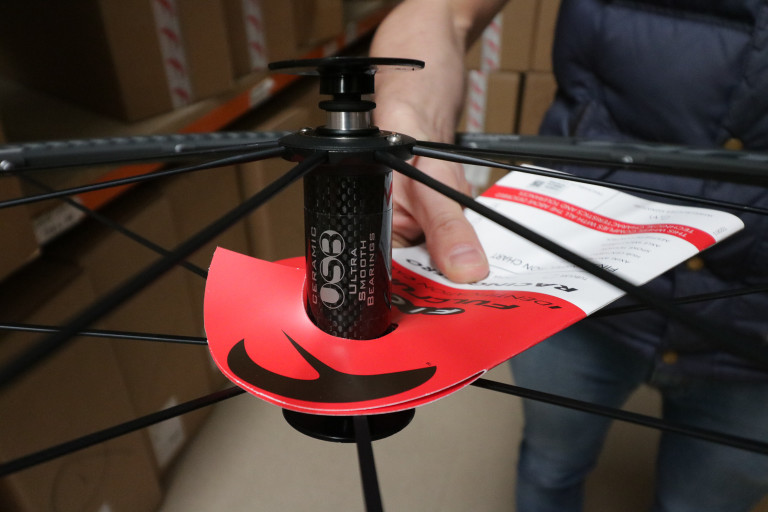 The bag in the middle is the Skyline. It’s a low-slung lumbar design that’s intended to keep the centre of gravity low for all those super radical gravity and enduro warriors out there. It is actually also just a good pack for riders who prefer to support the weight of the pack lower down their back. The geometry has been designed to meet the needs of gran fondo (sportive) riders or for anyone looking for a bit more comfort on longer rides. Taller head tube. Comfortable rear triangle. Appropriate gearing and finishing kit. 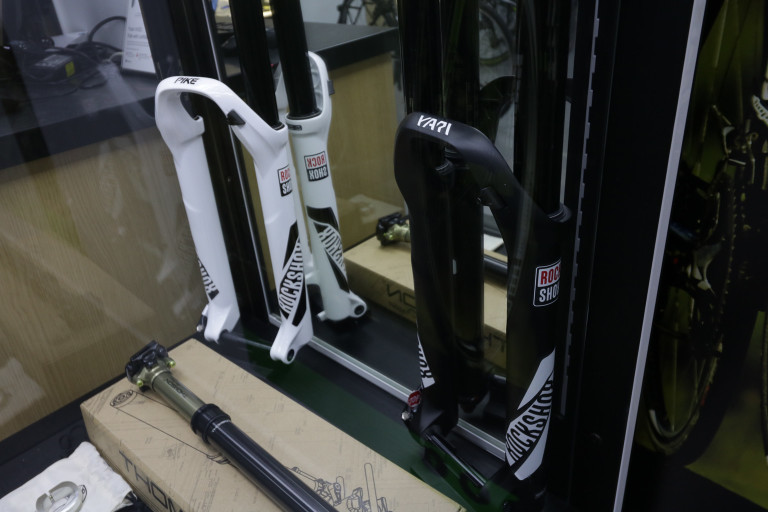 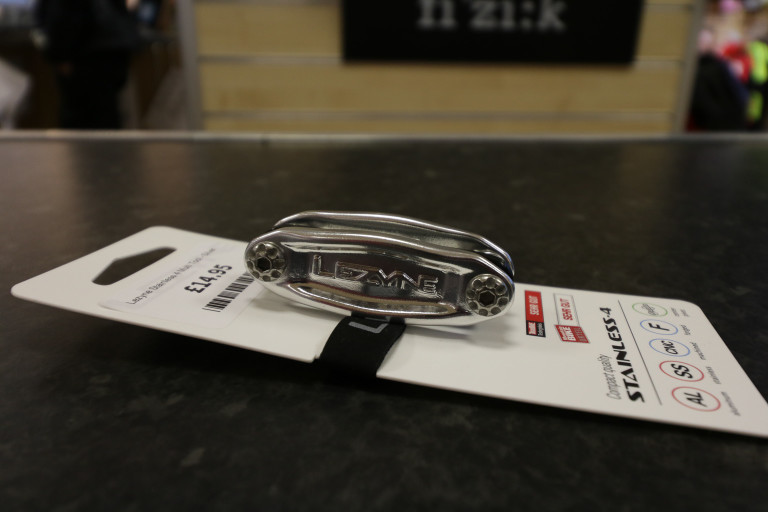 Perfect shiny minimalism. 4, 5 and 6mm Allen keys plus a Philips head screwdriver. German bike mags rate this as “SEHR GUT”. So you can rest easy.