Another day, another dollar. Another week, another Goods In blog. Here’s a list of just some of the stuff that’s arrived into us since the last time we did this. 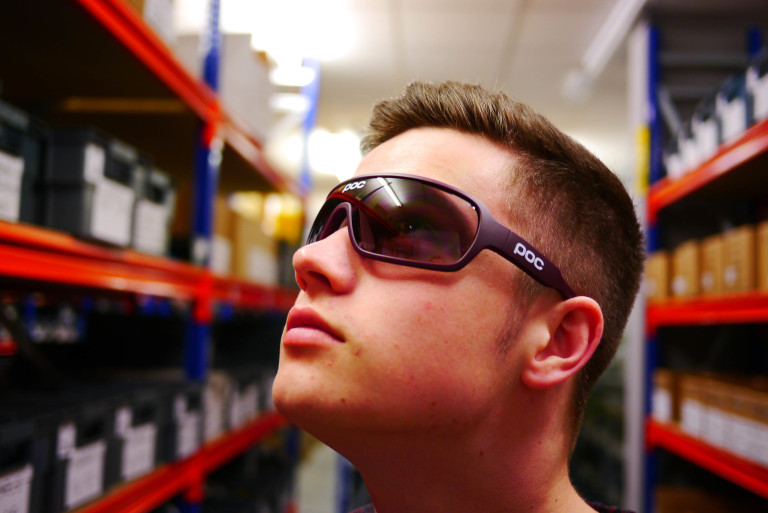 These remind us of Arnie’s original Terminator shades except they’re made of plastic. POC plastic is a bit different in that it contains something called grilamid. Grilamid is some sort of magic ingredient that makes them frames able to bend a bit more than they otherwise be able to withstand. 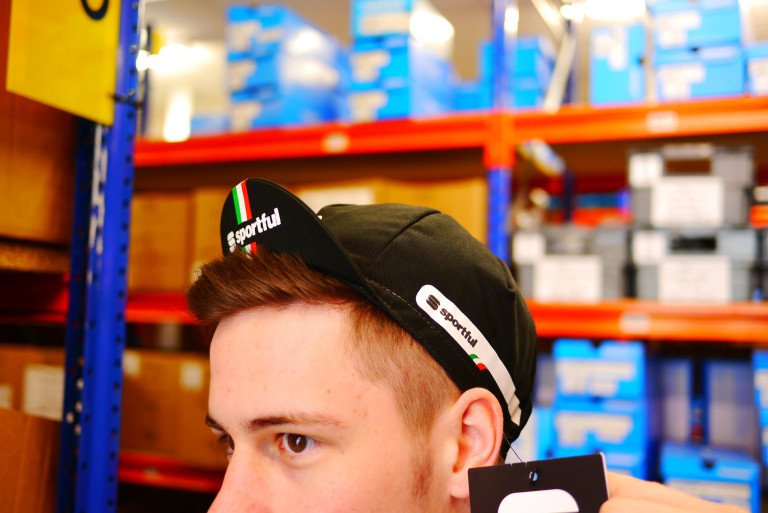 It’s a cycling cap. Made by Sportful. It’s nice at what it does. Better suited to smaller bonces. 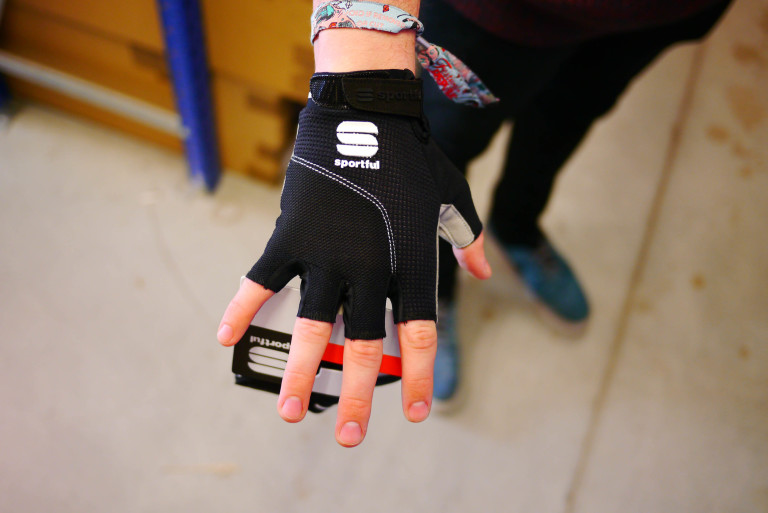 Trad mitts from Sportful. Synthetic palm to improve grip. Mesh back for ventilation. Classic and useful. 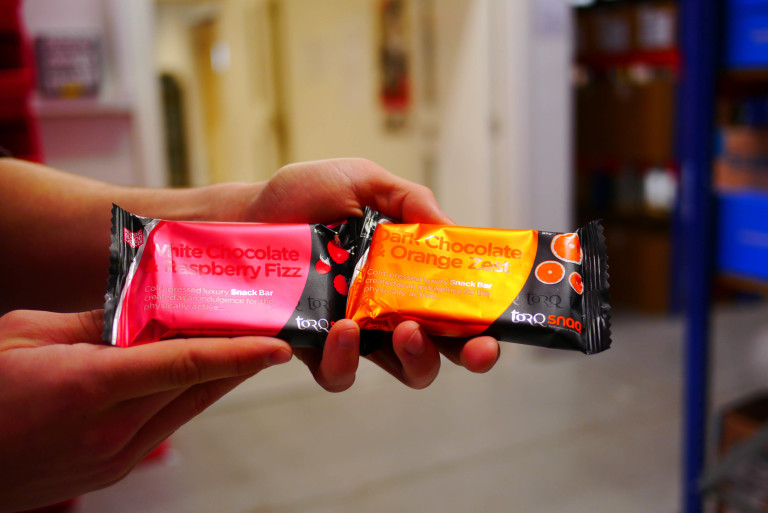 These aren’t energy bars. They’re snacks for fit people, or something. Does that make them ‘leisure bars’? Anyhoo, they no doubt taste as nice and non-synthetic as the rest of Torq’s stuff. 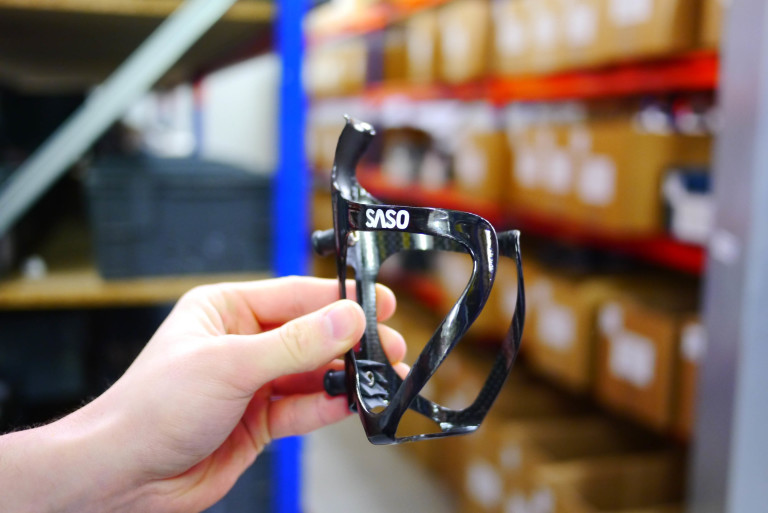 We’ve got some exclusive-to-us sleek carbon bottle cages. Carbon weave on the inside, UD finish on the outside. Stainless steel fixing bolts that will keep their sheen. Comes with a finned rubber gripper located at the lower bolt hole that gives a little bit more security to your bottle. 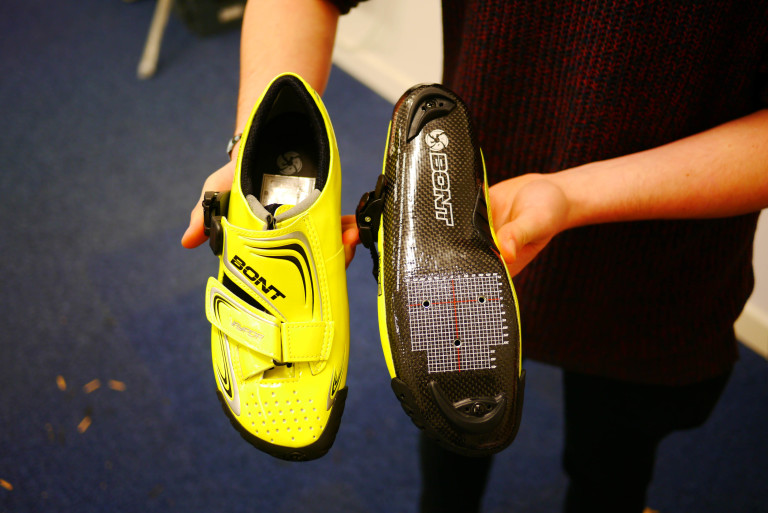 Okay, you don’t HAVE to get these in this neon yellow colour (which is much brighter in the real world than this pic suggests). You can get them in white too. If you’ve tried Bont shoes then chances are you don’t use anything else. Sleek, ‘wrap around’ feel with one of the lowest sole stack heights available. 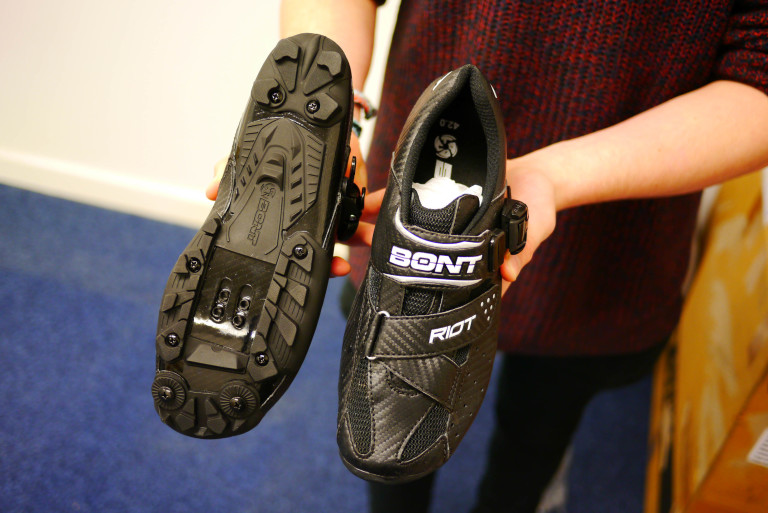 Now then, you don’t see Bont shoes out on the mountain bike trails very often do you? Maybe these Riot MTB shoes will change this. These are the world’s first carbon composite heat moldable entry level MTB shoe. Considering how much technology is packed into these shoes, they’re a bit of bargain really. 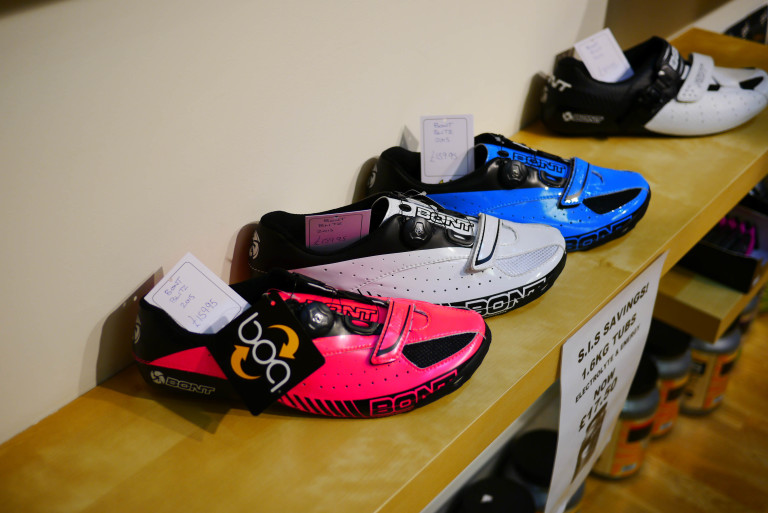 The Blitz is not what you expect with a Bont shoe. There’s a Boa lacing system (not a ratchet strap) and non-Z shaped Velcro strap closure. These are Bont top end race shoe. Stiffer, lighter and more aero than the Vaypor. 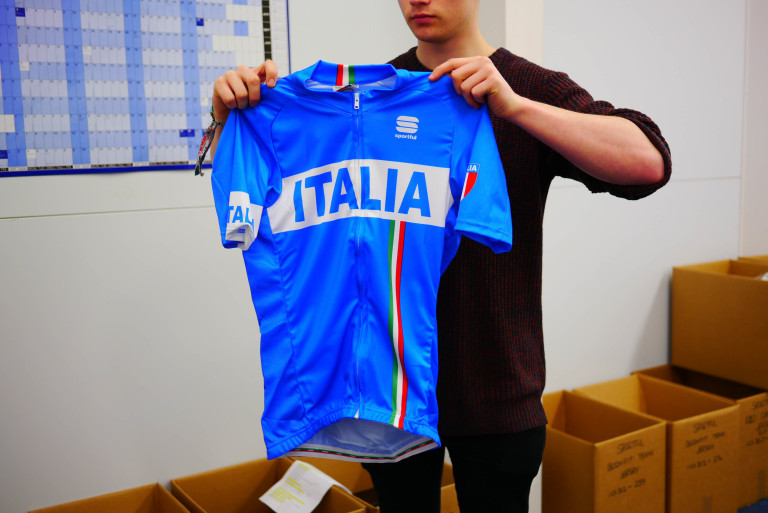 Mamma mia! Just how Italian can a jersey get? Embroidered Italia scudetto logo. Italian flag colours on the YKK vislon zipper. Flocked Italia logo on the back. 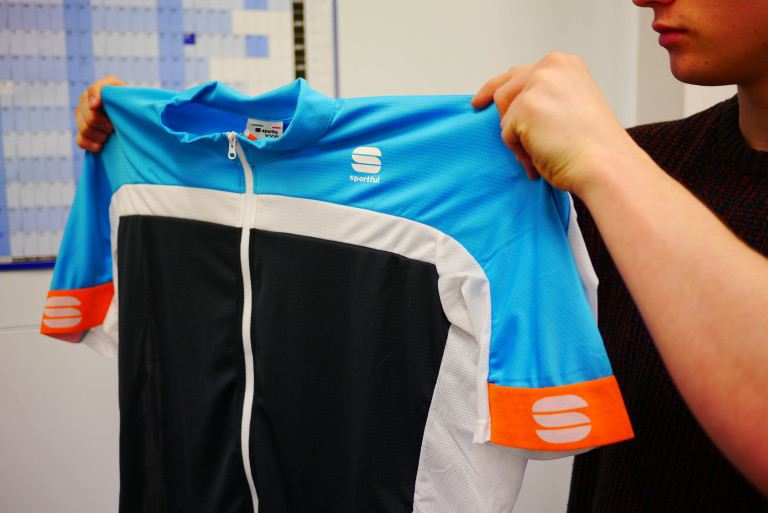 Features the excellently-named ‘Nimbus’ material. We really like the styling of Sportful’s stuff (well, I do anyway). A bit retro but not boring or cliched. Nice bright colours without entering the realms of naff Euro flouro. 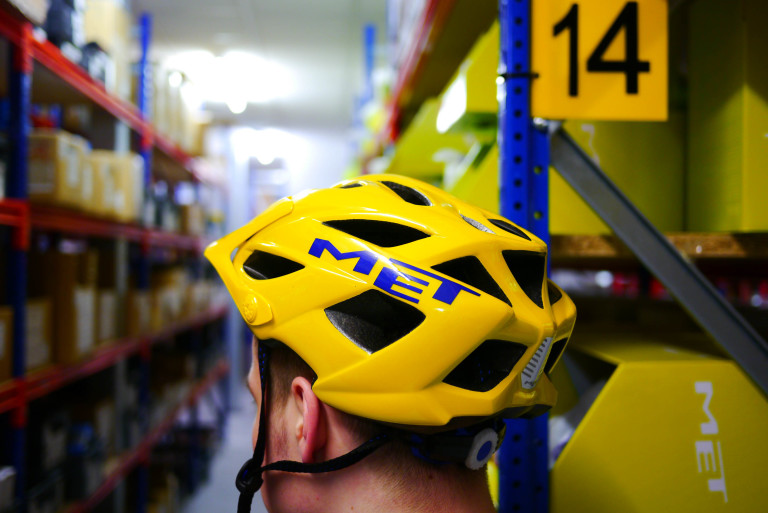 An affordable mountain bike helmet that looks good! At last! In a world seemingly gone mad with high-end enduro stuff it’s nice to see a helmet for fifty quid that looks as good as this one does. And if you think the outside looks goods, just wait until you see inside… 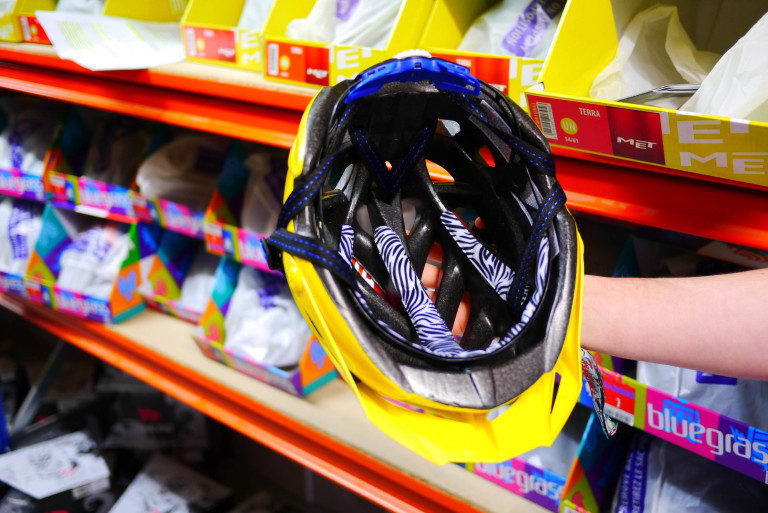 Every time we turn our back another fatbike appears in the shop. It’s getting to that worrying point where they’ve started to look normal. Well, not ‘normal’ per se. Just not as bonkers and distracting as fatbikes used to be when they first came out. Okay, we’ve taken a picture a picture of the 2014 versions instead of the 2015 versions that have just arrived in stock. Do we talk about the 2014 Skeeter in the pic or the 2015 Skeeter that isn’t in the pic? Er, let’s just say that all the Skeeters are 1.5 litre hydration packs designed for kids. 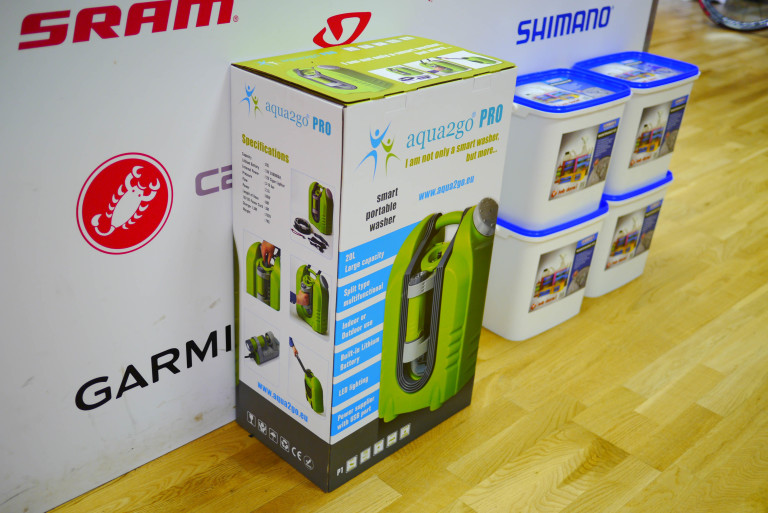 Cue the sound of bike shop mechanics the world over sucking their teeth. Jet washers do have to be used wisely. Don’t go blasting your bearings for extended periods or at point-blank range. I would have killed to have one of these at last weekend’s mud-fest PMBA enduro at Gisburn Forest! Did someone say teeth-sucking bike shop mechanic? Here’s the lovely Gareth holding aloft a highly desirable piece of metal. Titani-yummy. Adventure, tour, race – that’s what ATR stands for. It’s a shame they named it before the current fad for ‘gravel riding’ came along. ATRG anyone? Don’t let the name fool you, the Hans Dampf is actually a brilliant all-round tyre. You don’t have to save them for when it’s filthy on the trails. And anyway, it’s often just as wet on the trails in summer as it is in winter anyway innit? We’ve now got Hans Dampfs available in all wheel sizes (well, unless there’s been another wheel announced since we last checked). 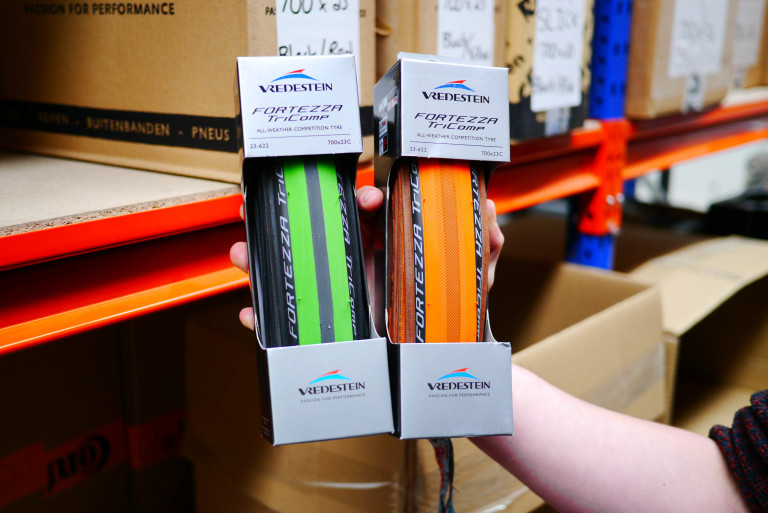 The Fortezza is Vredestein’s most popular selling tyre. It’s a competition tyre built to handle roads and sections of cobbles. A very sensible choice that can be made just that little bit more non-sensible by opting to go with either of these zingy bright colour versions. The world’s most popular performance tyre is now back in stock in on-trend fat-is-best 28mm sizing. 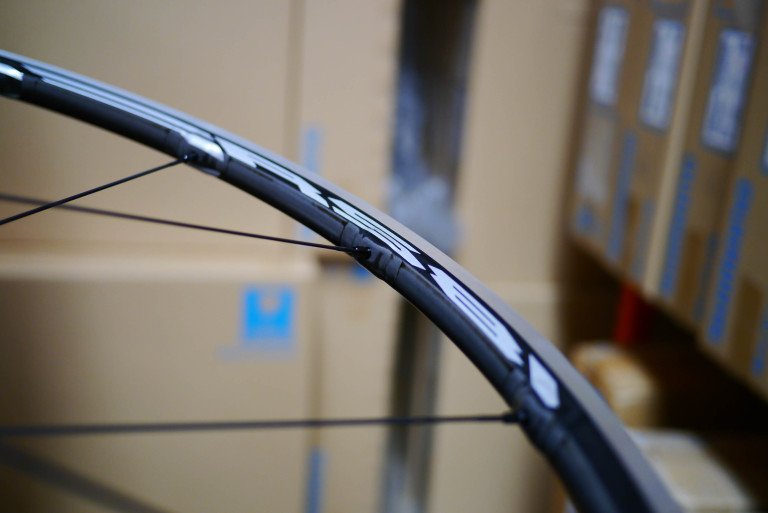 We did our best to find some super expensive carbon wheelsets to feature in this week’s Goods In. We now how much everyone loves to lust over them. But we couldn’t find any (that we dare get out of their packaging anyway!). So you’ll have to make do with these carbon laminate-wrapped alloy affairs. Not all Campag stuff is megabucks bling. Their Chorus groupset – sorry, gruppo – is a cool option for those who don’t have money to burn but still want a stylish looking bunch of kit on their bike.