The World Champs are a great way of dipping your toe into the world of watching a bike race. Here’s why… 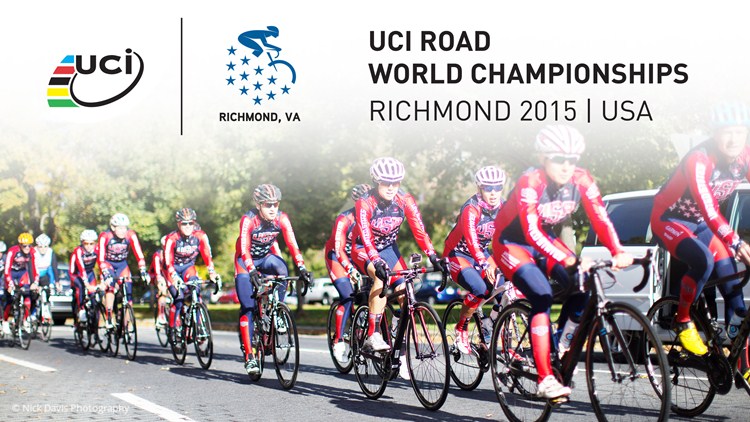 These are the biggest one-day races on the planet for each of the different types of road racing disciplines.

All categories from junior to elite in both male and female categories contest separate one day races with the winner declared World Champion in each.

The winner of each category gets to wear the coveted World Champion’s iconic rainbow striped jersey for the following year.

All riders arrive here in peak condition to try and win or help their team leader win.

The race location changes each year and therefore so does the terrain. The different courses suit different types of riders so one year it may favour sprinters, or climbers, or classics riders… you get the idea.

Whatever the course, it’s always a long one (7+ hours for the elite men) and comes down to a battle of attrition as riders tackle a relatively short circuit many times.

Where and when are this year’s Champs taking place?

The team time trials open the week with the road races coming at the end – culminating in the Elite Men’s race on the final day. 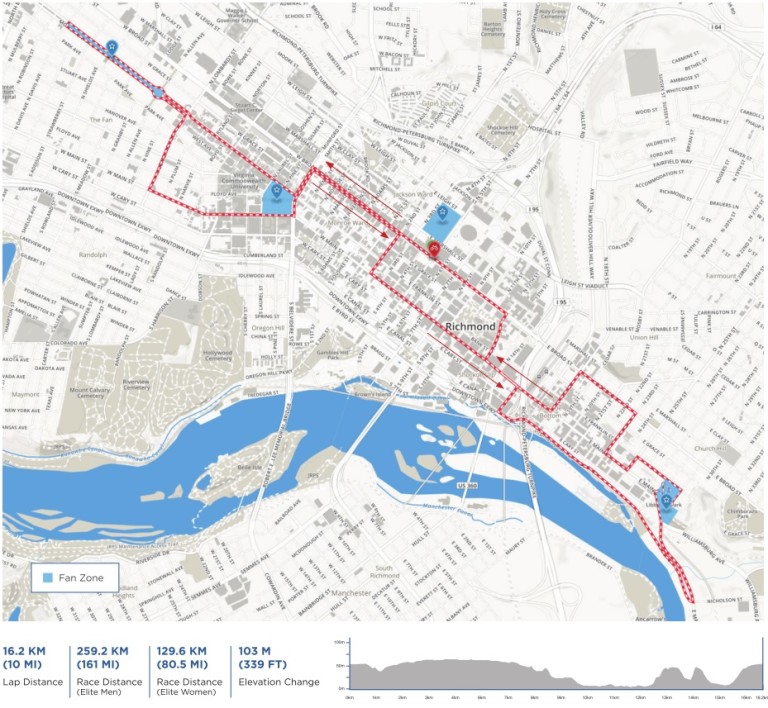 It’s a technical circuit with a cobbled section in the middle that will wear riders down and should favour the Classics riders.

It may be a course for the sprinters too as there’s not a great deal of climbing but the last drag is just over 500m from the finish.

The Women, Under 23 Men and Juniors all ride a 15km circuit (Junior women do one lap everyone else two) which has a few long drags rather than climbs.

There are several 90 degree turns, as well as one dead-slow turn, will slow the pace and add to the technicality of the town centre course. Each category does a different number of laps.

The Elite Men use a different 53km one lap circuit. This also has more drags than climbs and it will suit the strong TT riders. It’s quite technical as well with lots of 90 degree corners to keep them concentrating!

How long are the races?

Each category has a different race distance.

They all take place on the similar short-ish circuit it’s just the amount of laps they do that varies.

The Time Trials use a different circuit with the distance also varying according to category.

No, the World Champs are unique in that the teams are national teams as opposed to the usual trade/sponsor team structure.

Only the best riders make it into their nation’s squad.

Each nation gets a certain amount of riders (up to a maximum of 9) per team. The amount varies according to the nation’s position in the world ranking tables.

Bigger cycling nations such as Belgium, Italy and GB have a job to whittle their potential contenders down to the strongest nine suitable for each event discipline.

In road races the winner is the first rider across the finish line.

In time trials it’s the individual/team that covers the course in the shortest time.

With Sir Bradley Wiggins not defending his title this year it looks like the German Tony Martin is favourite to add another world title to his palmares.

Germany’s Lisa Brennauer looks good to defend her women’s title from last year but will face strong opposition from 2013 winner Ellen Van Dijk from the Netherlands.

Britain’s Lizzie Armitstead goes into the women’s elite road race as a favourite due to her recent overall World Cup win along with several rounds. She will face strong challenges from a number of in-form riders though so expect this to be thrilling race with plenty of attacking.

The course looks to favour the Classics specialists with the German John Dagenkolb a strong favourite.

Some reckon it could come down to spring finish but the cobbled climb in the middle of the lap could prove too much over the distance for the pure fast men like Mark Cavendish.

It is the ‘Worlds’ though so anything can happen!

Which are the best races to watch?

Every race at the World Champs is important to those racing so all races are worth watching. Everyone is either trying to win or help someone try to win.

Saying that, the Elite Men’s race roughly takes seven hours so it’s probably best to join in for the last couple of hours ie. when the action kicks off properly.

The Elite Women’s race is shorter so tends to have more happening in it from the start.

Will Great Britain win anything?

Lizzie Armitstead is a strong favourite in the Women’s Elite road race.

Out-of-form Mark Cavendish will still be a good bet if the Men’s comes down to a sprint and he’s still there. He’ll be desperate for a result given his recent disappointing results.

Tao Geoghagen Hart is looking good for the Men’s Under 23 road race.

Is it on the telly?

Yes. British Eurosport will be covering most of the senior events including the Elite Men’s and Women’s individual time trials and road races.

They also usually show highlights from other races in these programmes too.

When were the first World Road Race Championships?

The World Road Race Championships were first run in 1921 with only a Men’s race. The Women’s race was added in 1958. Individual Time Trials were added in 1994.

The first incarnation of Team Time Trials ran from 1962 to 1994. It didn’t reappear until 2012 when the teams were allowed to be trade teams (as opposed to national teams).

A word about Team Time Trials

It wouldn’t be cycle racing if there wasn’t some sort of confusing factor would it?

Basically, the teams in the Team Time Trials aren’t sorted by nationality. Each rider races in their nation’s jersey but the actual teams are the regular trade/sponsor teams ie. Team BMC and Orica GreenEdge etc.

There are no rainbow stripes awarded for the Team Time Trial (but the winners are allowed to put a ‘distinctive logo’ on their jerseys for the following year).

Confused? So were we at first. Here’s a good explanation of it all.