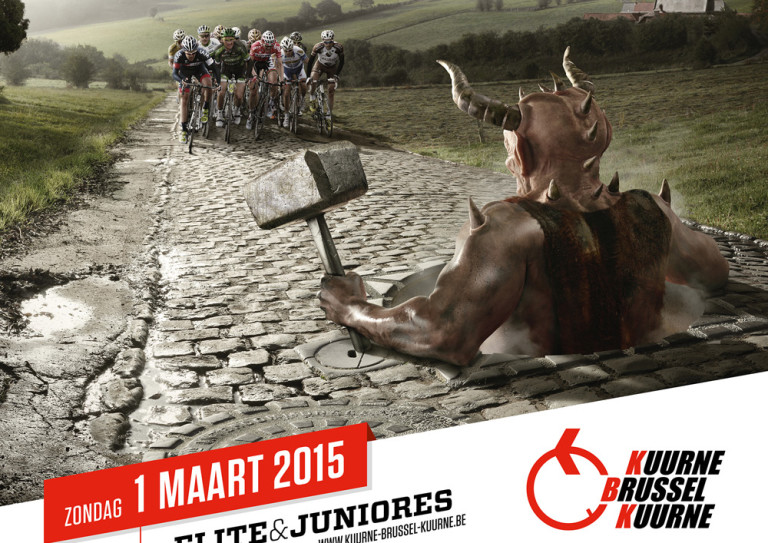 Cobbles ahoy! Together with the none-more-Belgian Omloop Het Nieuwsblad race (which is run the day before) this race marks the Belgian start of the road racing season. No one has ever won both races.

There’s not much in the way of proper hills – though it’s not exactly what you’d call flat – but as well as the cobbles to contend with, the Kuurne-Brussels-Kuurne is infamous for bad weather. The 2013 event was cancelled due to snow. In 2010 extreme winds blew down trees leading the race being shortened by 20km. Only 26 of the near-200 starters actually completed the race. 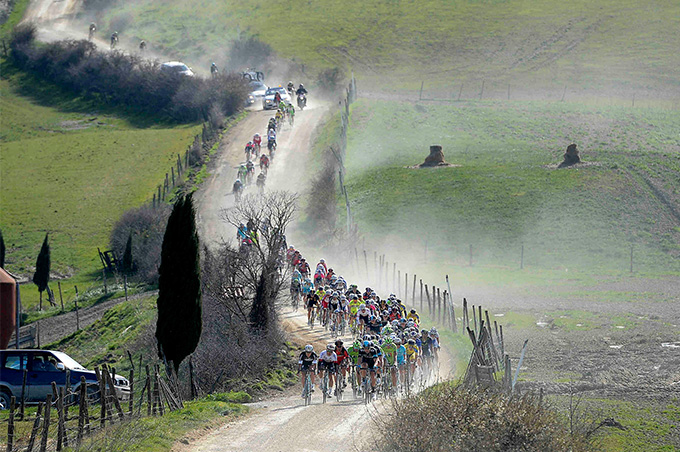 Not an old race (it started in 2007) but a race with a bit of a nod to the past. Basically amidst the 197 km route there are 45 kilometres of gravel roads. Trivia: gravel roads are known as sterrati in Italy.

The Strade Bianche is often a really good race to watch. It’s got hills and it’s got unusual surfaces. There’s lots going on. It’s unpredicatble.

It’s quickly become part of the European classics season and, as it’s a week before, it sees a lot of riders who are there to prepare for the Tirreno-Adriatico. 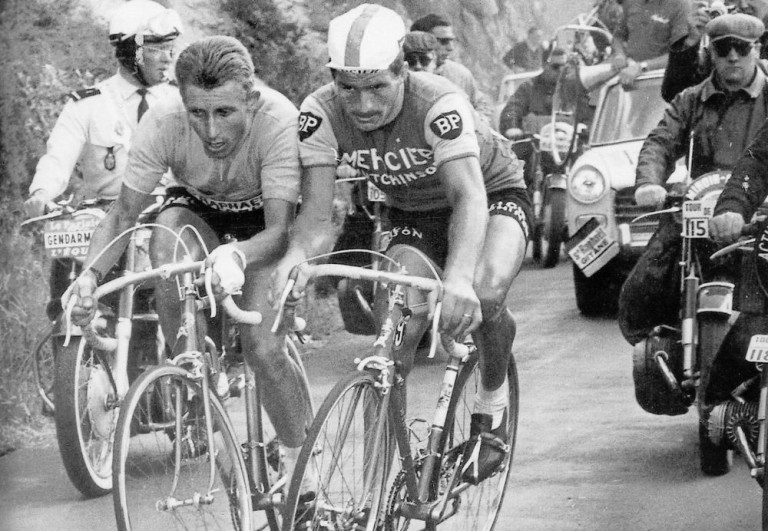 AKA The Race to the Sun. Lots of history with this race.

First held way back in 1933 the Paris-Nice was invented by a newspaper owner who wanted to promote his two newspapers Le Petit Journal (Paris paper) and Le Petit Nice – with a multiple day stage bike race between the two cities.

As it’s held early on in the year, when a lot of mountain roads will be un-passable due to snow, the route avoids the Alps and basically sticks to the Rhone valley. having said that, in the modern era there has seen an increase in the number of mountain finishes.

The ownership of the race has changed hands a few times. Lauren Fignon even owned is for a short period. It is now owned by ASO, who also own the Tour De France and other nono-cycling events such as the Dakar Rally and the Paris Marathon.

In 1959 the race became the ill-fated Paris-Nice-Rome. But the bonkers 1,215 mile route came in for rather a lot of criticism and the route was never repeated!

In 1966 the race witnessed the famous clash between Raymond Poulidor and Jacques Anquetil. It was a clash that divided the country. You can read more about it in our recent Top 10 Bike Racing Rivalries blog.

Sean Kelly dominated the event in the 1980s with a total of seven consecutive victories between 1982 and 1988.

In 2003 Andrei Kivilev crashed and died due to injuries sustained to his head. His death prompted the UCI to make helmets compulsory in all their races.

2008 saw a classic example of cycling mismanagement and pettiness. Two days before the start of the event, the UCI (well, Pat McQuaid) announced that any team starting the Paris-Nice would be suspended by the UCI. The teams’ association (AIGCP) had a vote and decided to support still do the race. The Court of Abitration for Sport said they were unable to say if the UCI’s suspensions threat was legal or not. 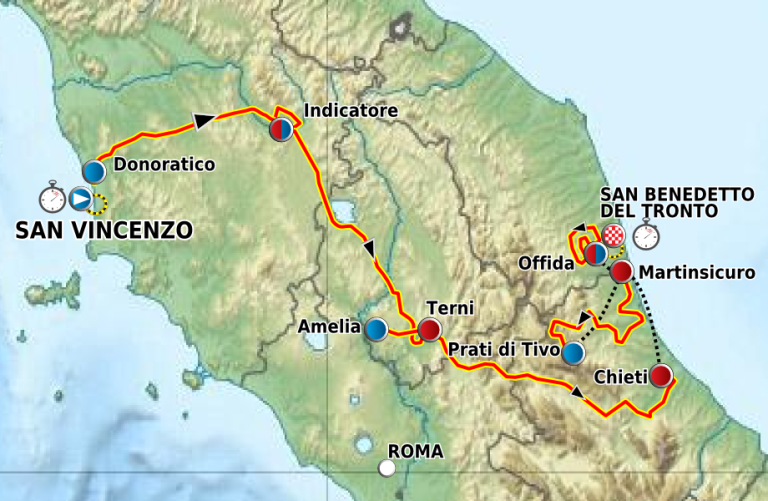 It’s not being going for as long as the Paris-Nice but it’s not exactly a new race either. It began in 1966 and its early era was dominated by Roger De Vlaemink. Interestingly, it is one of the few events that Eddie Merckx never managed to win.

The Tirreno-Adriatico is viewed as a vital training experience for the first of The Five Monuments of the season, the Milan-San Remo. Talking of which… 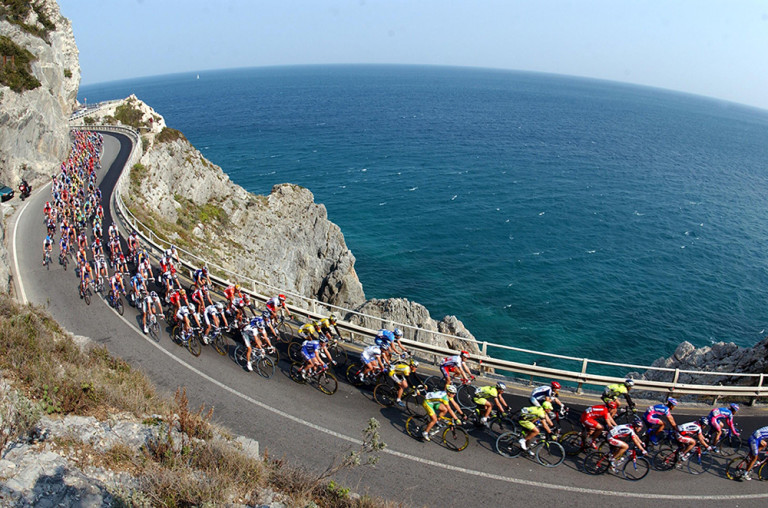 AKA The Spring Classic. A very, very old race that dates back all the way to 1907. As mentioned above, it is one of cycling’s Five Monuments – a bunch of single-day events that are held in higher regard than all others.

As well as being very old, the Milan San Remo is also very long. At almost 300km in length it’s a bonkers test of riders’ endurance – and so early in the season too.

Despite the gruelling length the race is actually heavily biased towards the sprinters in the peloton. Sometimes a breakaway attack pays off but not often. Typically the finish is a big bunch affair with a few sprinters duking it out on the final straight.

The organisers have introduced more hills to the route over the years. They’ve had to really. Advances in bike technology, rider fitness and – let’s be honest here – the post-1980s doping boom all contributed to the event becoming ‘easier’.

The fastest Milan-San Remo occurred in 1990 when Gianni Bugno set the record of 6hr 25mins 06secs. This equates to an average speed of 28.45 mph. Oof!

The first event in a veritable feast of cycle racing that occurs on the last weekend in March. The E3 Harelbeke is seen as good training for the following month’s Tour Of Flanders. It’s shorter than the Tour Of Flanders but it takes in many of the same hills. And the cobbles. And the frequently awful weather.

The organisers of the E3 harelbeke have something of a reputation for controversial adverts, usually involving varying levels of demeaning sexism. Pretty pathetic and wholly unnecessary really. We’ve decided not to use any of their images in this blog as it’ll only encourage them.

It was during the Criterium International that the famous horse-in-the-peloton incident took place. This incident – famously used in the film Amelie – is often mistakenly attributed to the Tour De France. 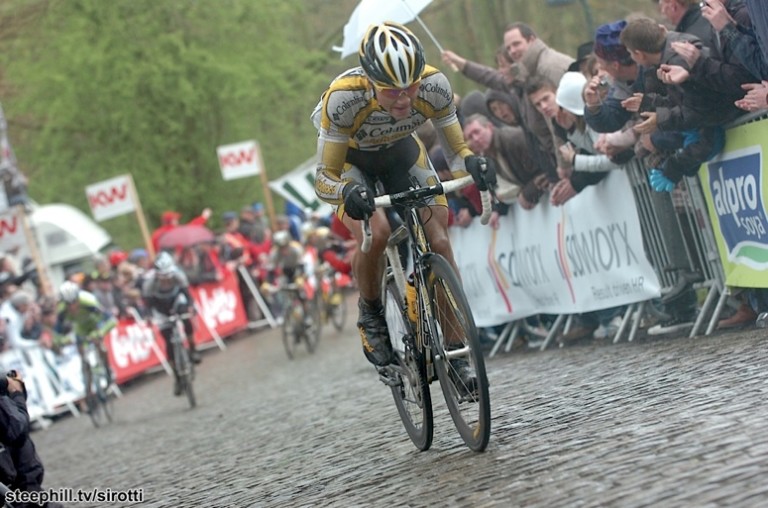 This is all about the Kemmelberg. The Kemmelberg is a 156m high hill with a 3km cobbled road going over it.

The route takes the riders up this steep and technical hill twice. In the past the riders also had to contend with descending some of it too but after a bad pile-up in 2007 the route was changed and descending doesn’t really feature much anymore.

It’s a race that’s full of incident, tactics and intrigue. A great way to finish the mad month of March and head into the race season proper.