Gale force winds, rain, mud, cobbles and bergs all came together at the weekend for an epic Ghent-Wevelgem race in Belgium. How brutal was the race? 160 riders failed to finish. Oof!

This classic race is a favourite for British fans as it’s only about a one hour or so drive from Calais making it an ideal day trip. The most famous climb in the race is the Kemmelberg and that’s where we went to watch it surrounded by Belgians, beer, frites and mayo, and even a brass band. 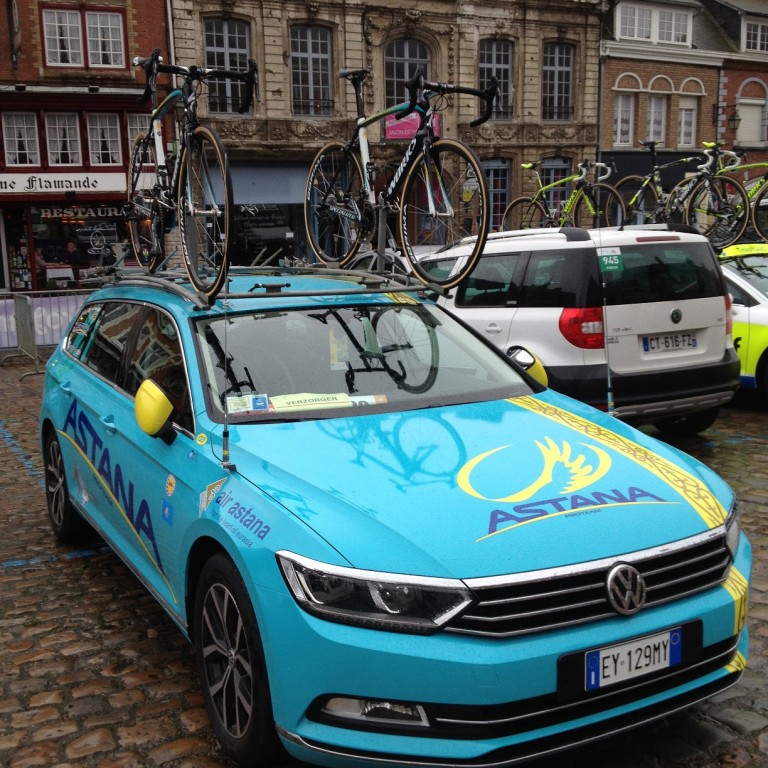 We stopped of in Cassel for a coffee a few hours before the race passed through and the team cars were starting to gather. Lovely little town with cobbled roads into it. (Astana – boo! hiss! etc) 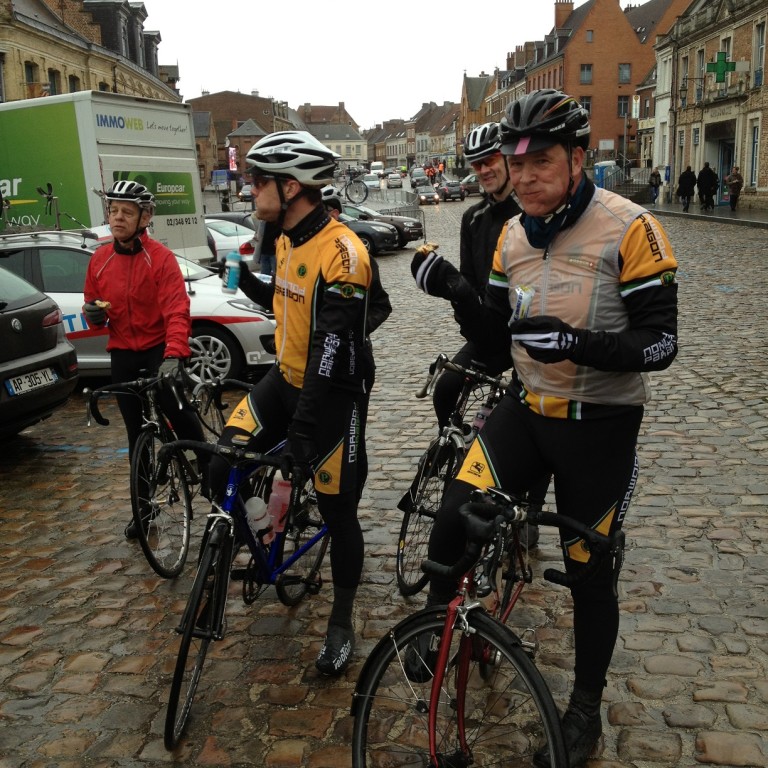 It’s an annual tradition for this Surrey club to ride the 50 odd miles from Calais to the Kemmelberg for lunch and watch the women and men go over the climb before heading back to Calais again. They looked pretty battered in Cassel and even more tired at the Kemmelberg. On the way back the headwind was so vicious some riders were using 39×25 on the flat but all made it home without incident. 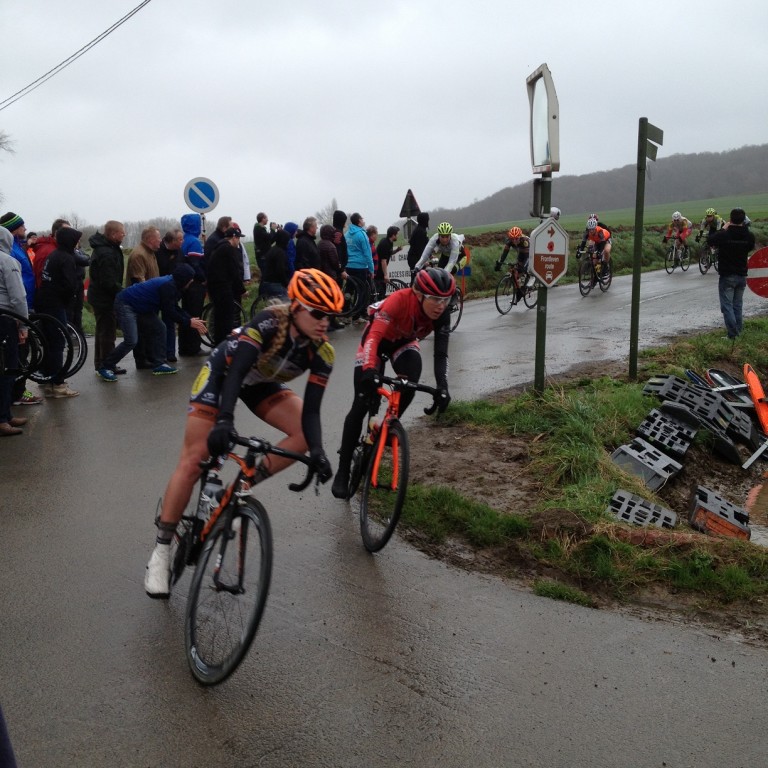 The women do two laps of the Kemmelberg circuit just before the men making it a good day out as you see riders four times in one spot. 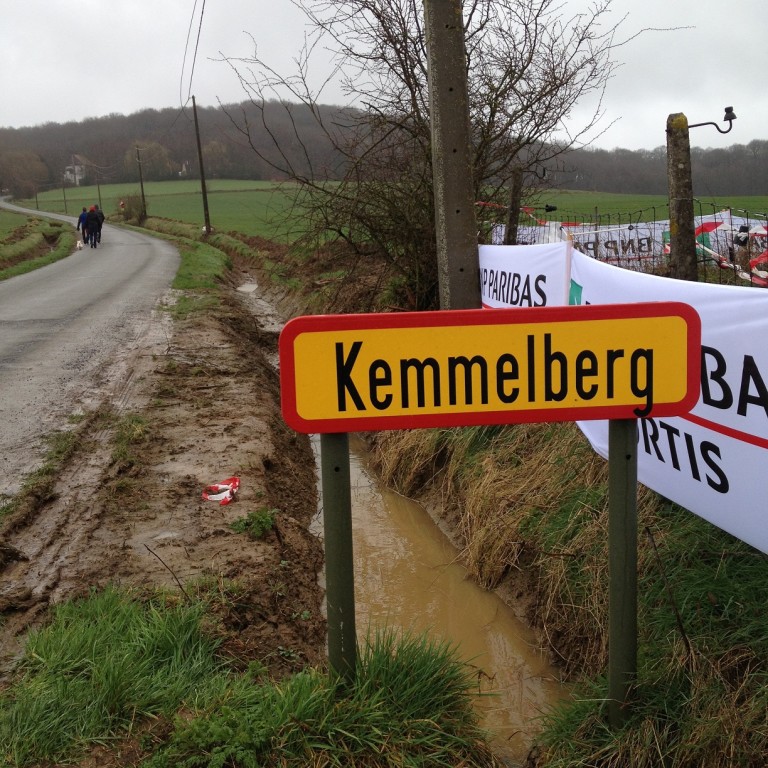 No mistaking this iconic climb 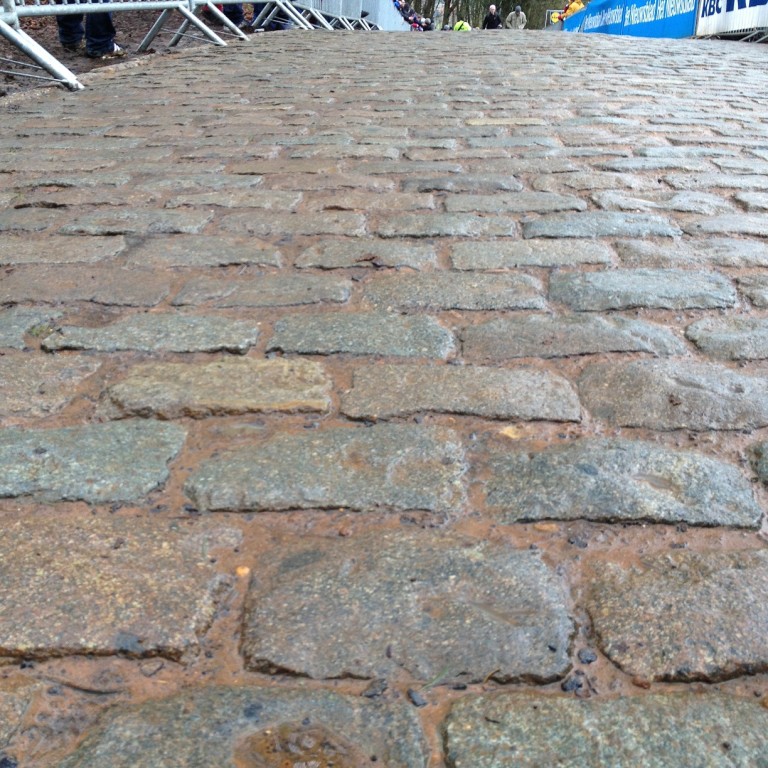 The cobbles on the climb are fairly even compared to some stretches in other races but they’re still testing. The horrible weather this year meant they were covered in a muddy film which required even more concentration from riders. 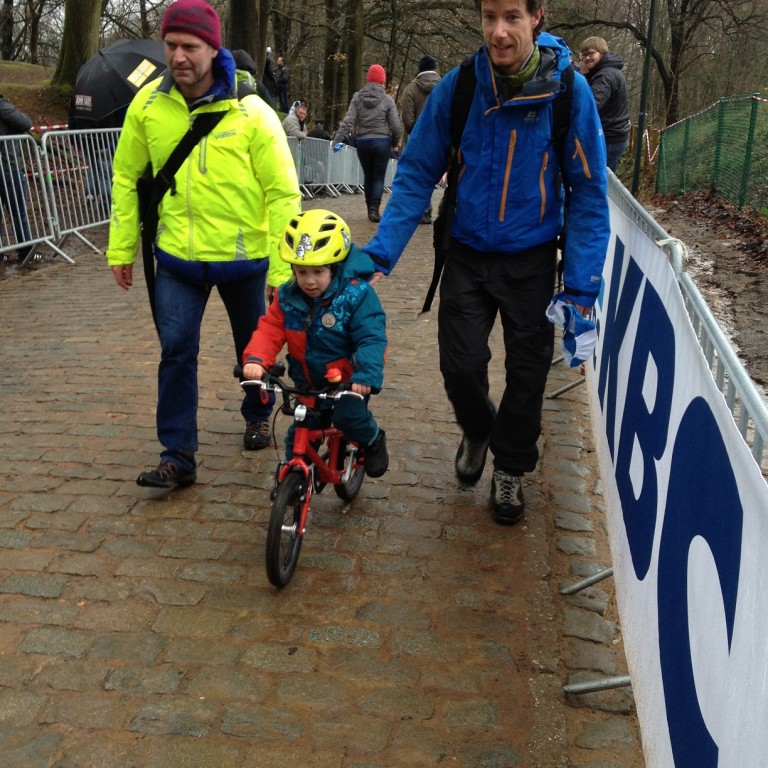 2035 winner? The climb is barriered at the sides but you can walk up the slope until about 15 minutes before the race. This little kid may have been helped by his dad but it was still no mean feat to see him staying upright and crossing the top of the climb to much applause from the crowd. He was loving it as well! 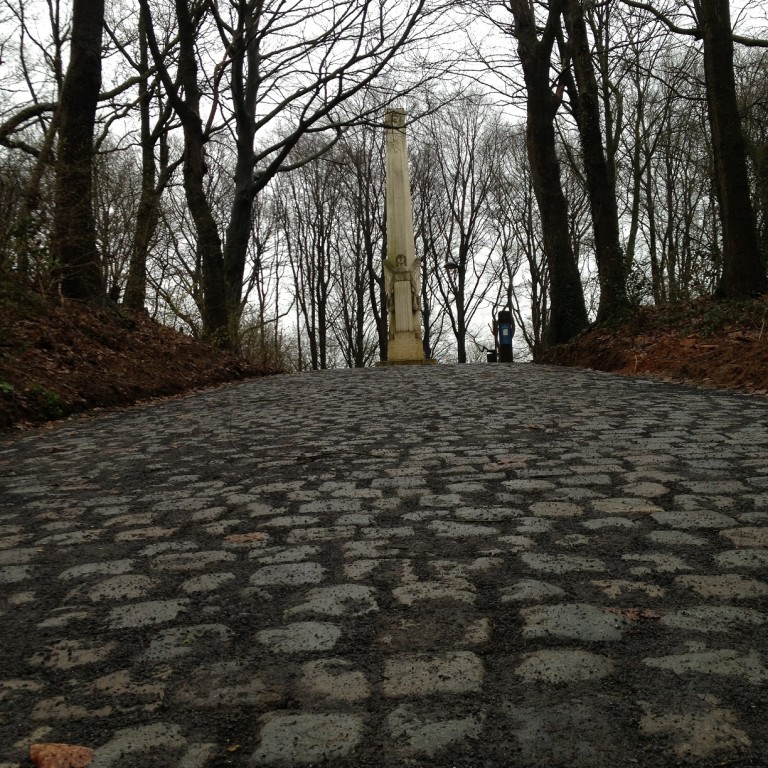 The race used to come down this incredibly steep, short cobbled section until a few years back when Jimmy Casper had an horrendous crash and took out a lot of other riders which caused the organisers to remove it for safety reasons. 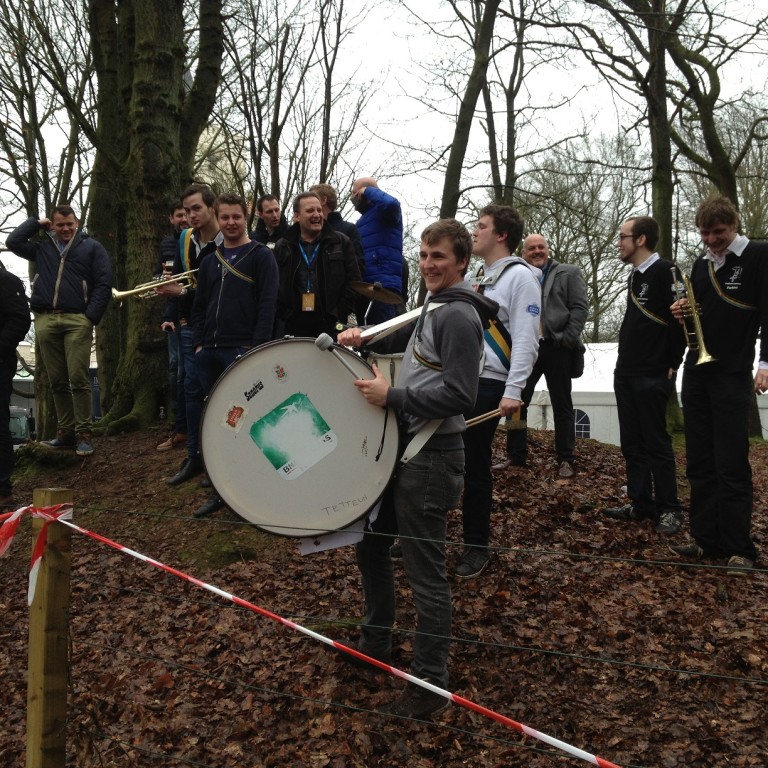 Only in Belgium would you have a casually dressed brass band standing at the side of the course entertaining everyone, well mainly heckling anyone walking past and don’t know how but they were even louder when the riders went through. 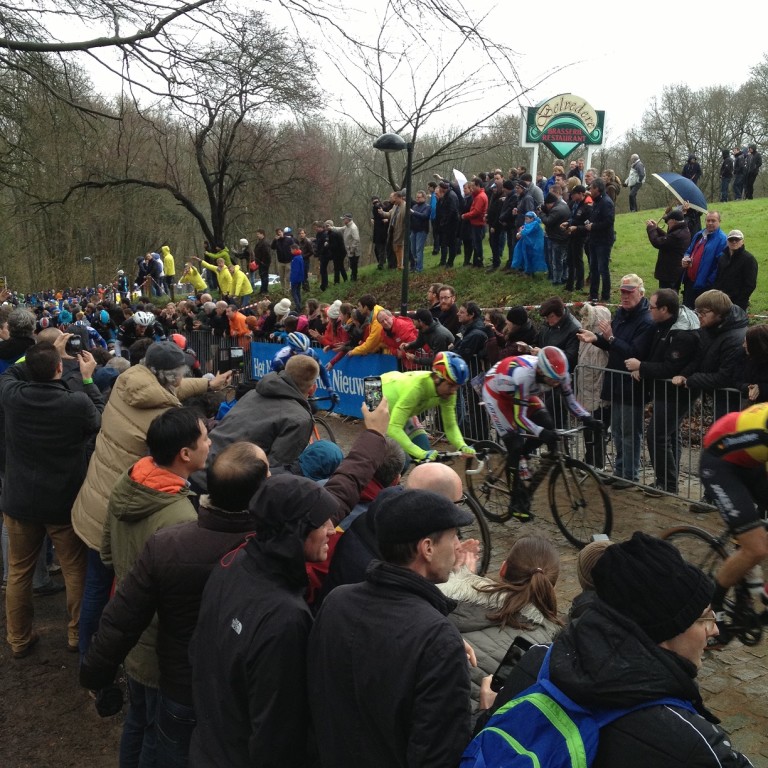 Everyone was shocked at how few riders had actually made it to the Kemmelberg and the state they were in s as they looked so tired and caked in mud. Rain capes were de-riguer but Peter Sagan was still recognizable and got plenty of encouragement from the side of the road.