On Monday Merlin Cycles were lucky enough to be invited to Cycling Weekly’s Tour De France party in London. Off we set from our humble Northern base, expecting chaos and having to fight our way through the crowds, but what we got was rather unexpected. 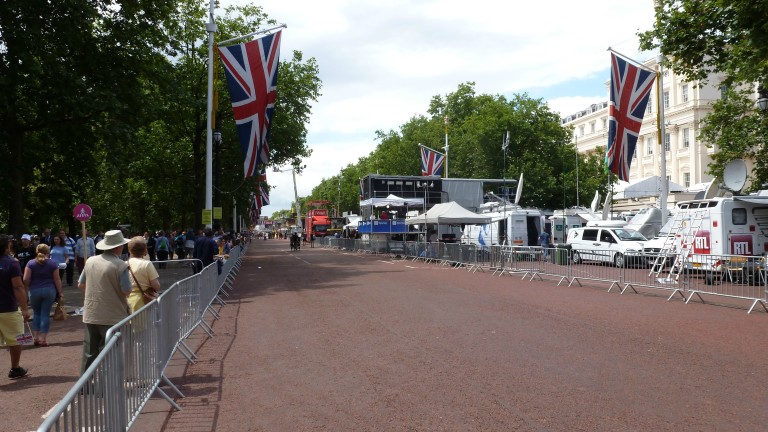 Arriving at around midday we thought we’d be met by a sea of yellow fans, thwarting any attempt we’d have of getting anywhere. In fact the underground was empty and when we arrived at The Mall, calm and quiet faced us and we were free to walk anywhere we liked! 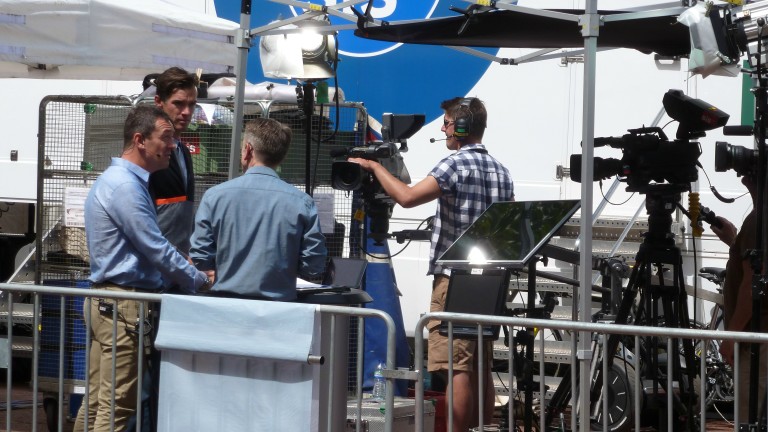 We quickly stopped to check out the media who were all preparing their intro’s for the day, whilst the riggers finished off the cabling.  Some spectators had started to put out deck chairs and pitch out a spot but generally it was peaceful and rather barren. Where was everyone? 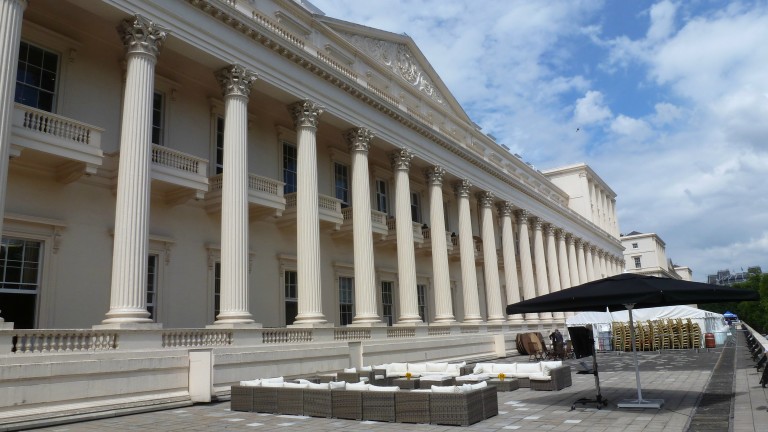 Prince Philip House had been booked out by our hosts and they provided a rather spacious sun terrace for us on the Mall along with a 3 course meal, the likes of which we don’t see in Chorley!

After lunch most of the cycling industry retired to the terrace to watch the race on the big screens, we decided at 3.30pm to chance it near the finish line. 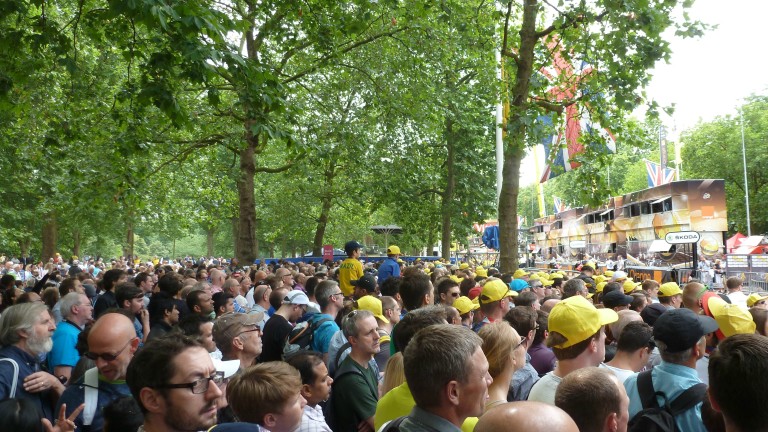 We were fully expecting a rugby scrum and perhaps the chance to take a couple of blurry pictures for this blog. To our amazement we managed to get a spot 2 rows back and right in front of the presentation stand! How could this be, is nobody in London interested in cycling?

This question was answered 10 minutes later when we turned round and literally hundreds of people were piled in behind us.

The stage wasn’t the most exciting but towards the end the breakaway was caught and we got the sprint finish that we wanted. The rain came and inevitably some riders came down but the big guns stayed together and in the end we witnessed Marcel Kittel destroy the competition once again.

The crowd went mad and even though Cavendish had been knocked out earlier, all the riders got good cheers. Interestingly enough it was Thomas Voeckler and Jens Voigt who were singled out for extra cheers as the rest of the peloton drifted past, obviously appreciative of their attacking breakaway styles. 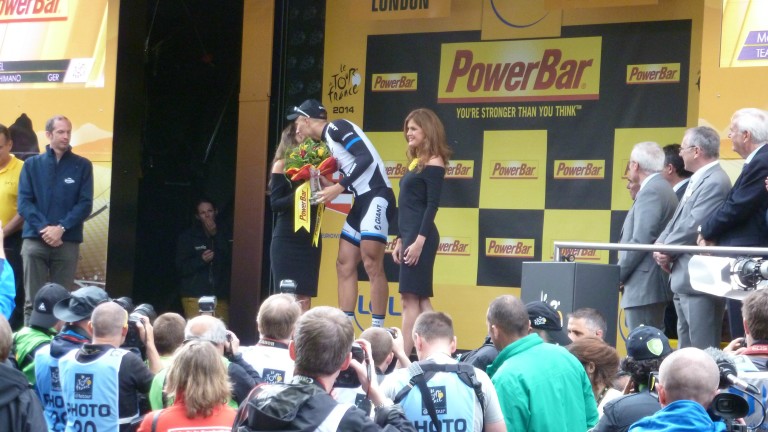 The presentations were given with all the jersey recipients being given equal cheers with the exception of Peter Sagan who was a firm crowd favourite from all nationalities of fans. 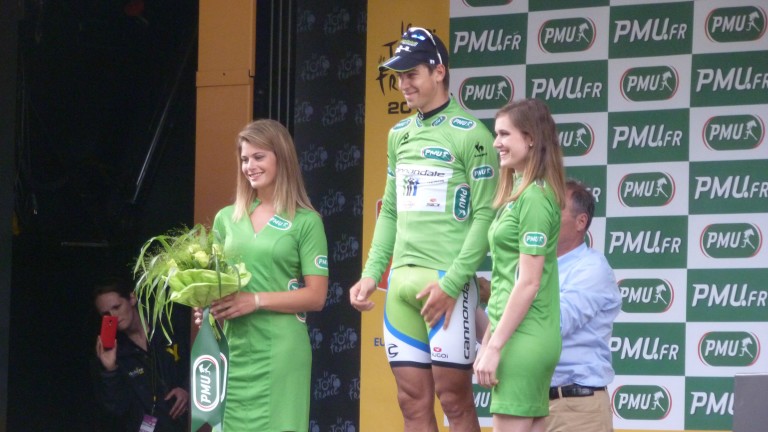 The end came and the crowd dispersed, again nice and calm, no hassle, the organisation of this event was almost as impressive as Kittel’s win. We has just enough time for a quick gin and tonic back with Cycling Weekly and it was off home via the still half full underground (at 5.30pm!)

Well done London and the TDF, you really do know how to put on a big event and keep it hassle free and fun.