Patrick has dug through his cupboards again. This time he’s turned up a trio of iconic saddles from back in the day.

These three saddles defined a generation of riders. Back in the day saddle choice was so simple; in the 80s you either had a Turbo or a Rolls, anything else was just… ‘fancy’ and had to be explained.

Then in the 90s the Flite came along and the lightweight minimal looking saddle genre was born. 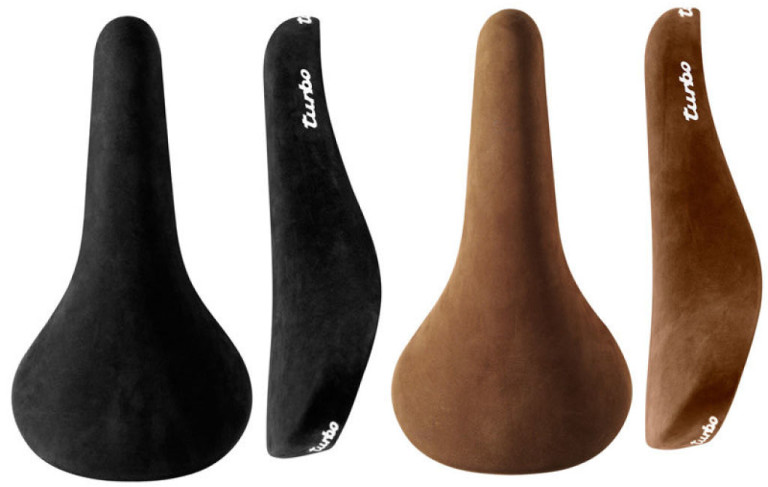 The Turbo saddle has been around since the early 1980s and enjoyed many years as the racer’s favourite saddle due to its relative light weight, good looks and comfort.

It was available in several colours but you had to either have a really fancy bike or be very, very good to have any other colour than black. Several firms have since produced identical copies over the years but you still need to have Turbo written in it in my book.

This was my first real racing saddle in the late 80s and I still remember my teenage peers examining it in awe when I first turned up with it.

Most of the world’s top pro’s were using it at the time so it gave most bikes a ‘pro look’ no matter what the rider may have looked – or performed – like! It was wider than my original razor-like saddle so was actually much more comfortable as well.

The Turbo is still available today. 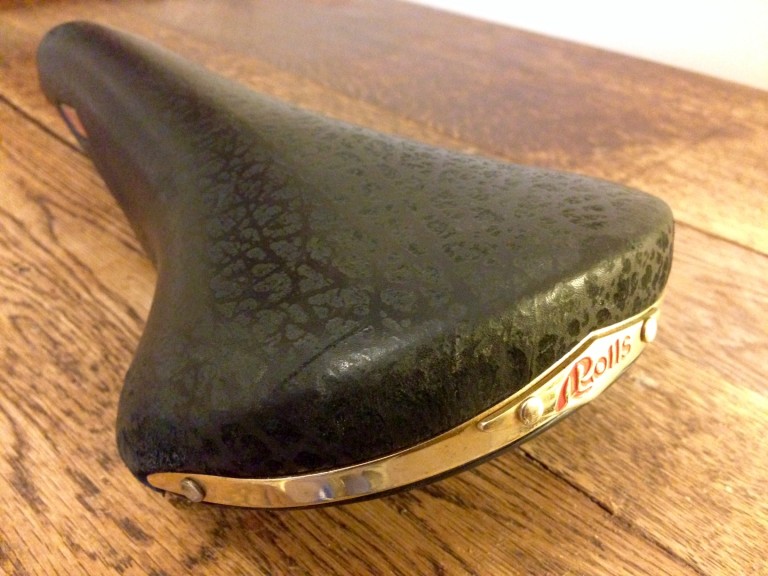 The Rolls first came out in 1983 and was immediately lusted after due to its good looks.

The first thing you notice is the gold plate which really made it stand out. This gold bit took many, many years of use before dulling so it helped to keep the whole bike looking fresh.

If you were really flash you could go for the titanium railed version – which had silver coloured plating – but this never looked as good in my opinion. Who cares about the obvious weight saving and comfort advantages?

The brushed leather cover gave any bike a touch of class and when new it looked spectacular. Once worn in this did end up looking incredibly slippery but despite the look I never had a problem with slipping around.

They were available in several colours but black was the way to go for the majority. 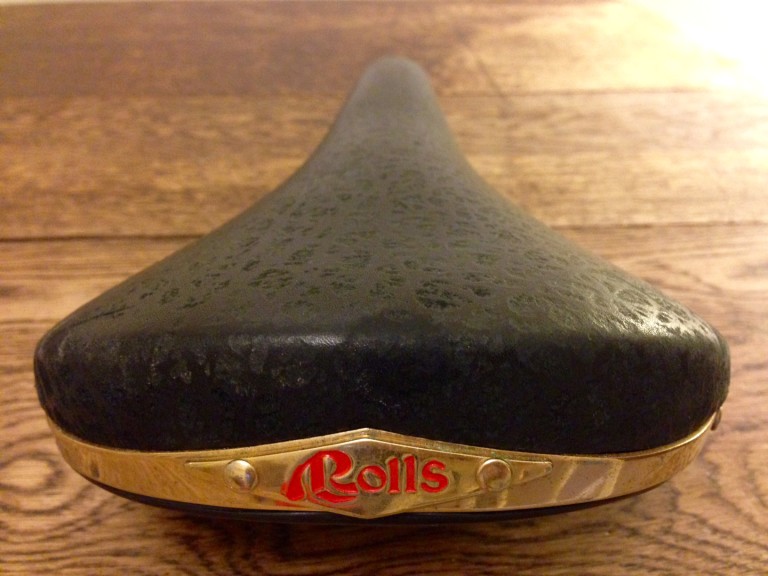 There was a bit of a weight penalty but it wasn’t too bad and being very, very comfy and very classy did help offset this.

The Rolls never really went away but in the last few years has enjoyed resurgence thanks to retro inspired events such as L’Eroica.

I got my first Rolls saddle in 1990 when I got my first proper race bike. I worked all summer for a 531c Raleigh and there was only one saddle that could go on this massive money project. I used this saddle for many years without fault; I have still have one on my Raleigh to this day. 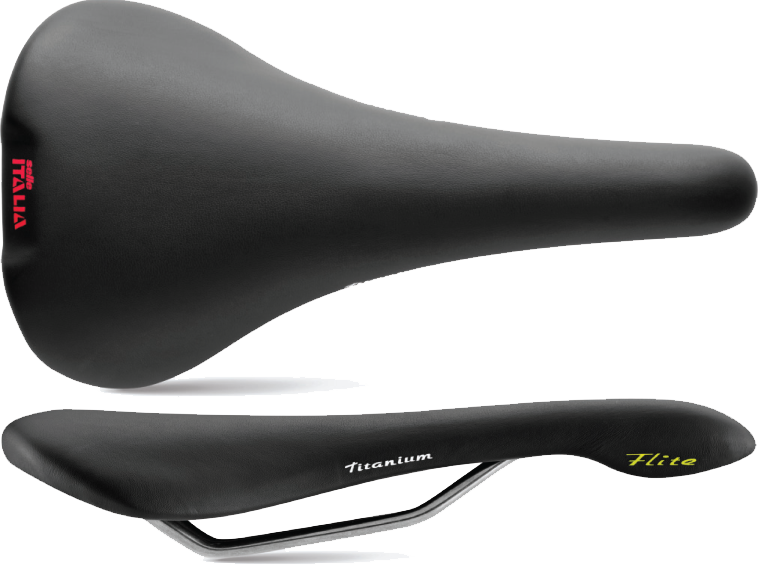 This is the saddle that really started a cycling revolution in 1990. Its minimalistic design had many people saying it was too thin but it was actually supremely comfortable.

It also introduced us to titanium rails, a fact you couldn’t miss as it had titanium written on the sides of the saddle. It was the first cycling component to bring a touch of the wonder material to the masses.

The Flite was also one of the few saddles to be popular with both road and mountain bikers. Many lightweight mountain bike builds had Flite saddles and they were surprisingly robust and held up well to off-road abuse.

The saddle is still available in many updated versions with various tweaks but it’s great to see the iconic 1990s version still going strong.

I was soooo excited to get this saddle. It was £40 when Turbo and Rolls saddles were less than £20 so it felt like such an extravagance.

The immediate impression was one of lightness and despite its much smaller size it was comfortable from the get-go. The titanium rails made it flex a little which really seemed to helped. More importantly, having ‘Titanium’ written on the side of the saddle also made people aware of the use of the wonder metal!

I used Flites without any hassle for about 15 years on road and about 10 years on my mountain bikes and loved it for its light weight and flexy comfort. Then I eventually tried the ‘cut out’ designs which I now favour. Still got a lot of time for this saddle.

One comment to “My old cycling clutter: 80s and 90s saddles”