Patrick’s parts bin has turned up a trio of gear levers that encapsulate how much this aspect of cycling has altered since the 80s. 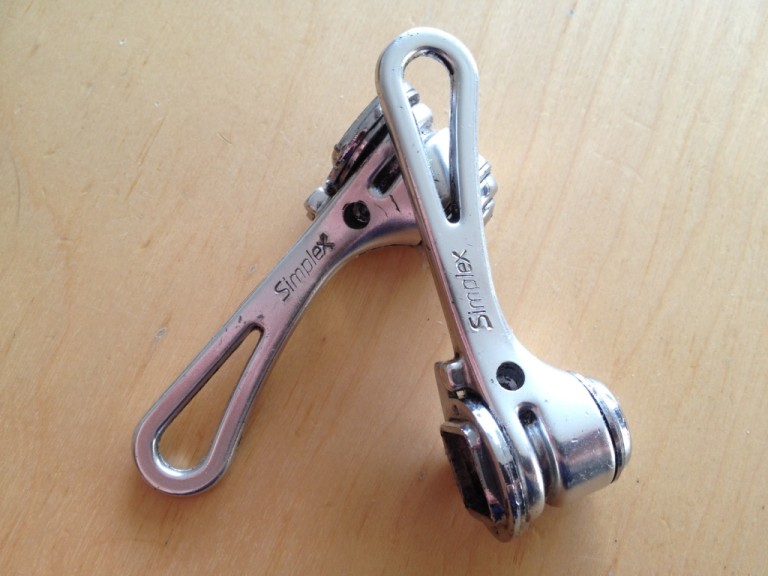 These Simplex down tube gear levers ooze class and simplicity even to this day.

No fancy indexing clicks or angular shapes which came to symbolise the last (and still current) down tube gear levers.

The wide paddle shape at the top made them easier to grip and easier to use even with thick gloves on. The cut-away not only helped with grip but gave a nod to weight-saving although how many grams were saved was not even worth considering.

Set-up was idiot proof. They were supplied as a one-piece unit – unlike some levers at the time – which meant that installing them was just a matter of screwing them on. No need to assemble all the constituent parts first and require three hands to do so!

The French bike part manufacturer also made other gear parts but they never took off in popularity as much as these levers.

Another reason why so many people used them at the time: Irish cycling legend Sean Kelly used them. 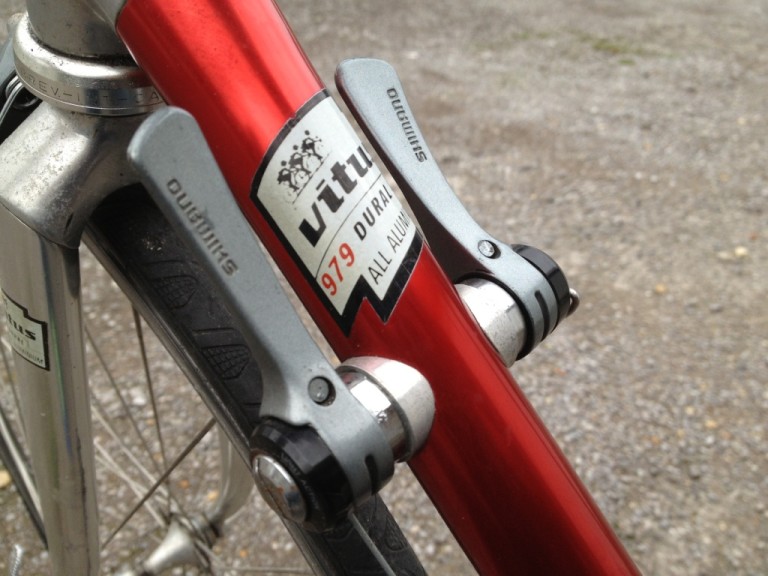 Way back in the day gear changing involved much more thought and practise.

You had to move the freely-moving gear lever an exact distance to pull enough cable to change gear. Granted there were fewer gears but it still took a bit of practice before you were skilled enough to move the lever just enough to change the gear required.

The lever had a series of preset clicks which pulled the cable the correct distance to change gears. When you heard or felt the click that was a gear change, simple as that.

Pulling the lever towards you a click meant changing up the block and pushing away was down. It sounds quaintly simple now but at the time it really was incredible and a massive leap forward.

An angular shape of the levers was used across the entire Shimano range with only the finish and name on it being different.

The good guys had to have Dura Ace versions but in reality Ultegra was good enough for everyone. Plus ça change eh?

So good was the shape that Shimano use it to this day on any of their down-tube gear levers. There’s just a few more clicks these days. 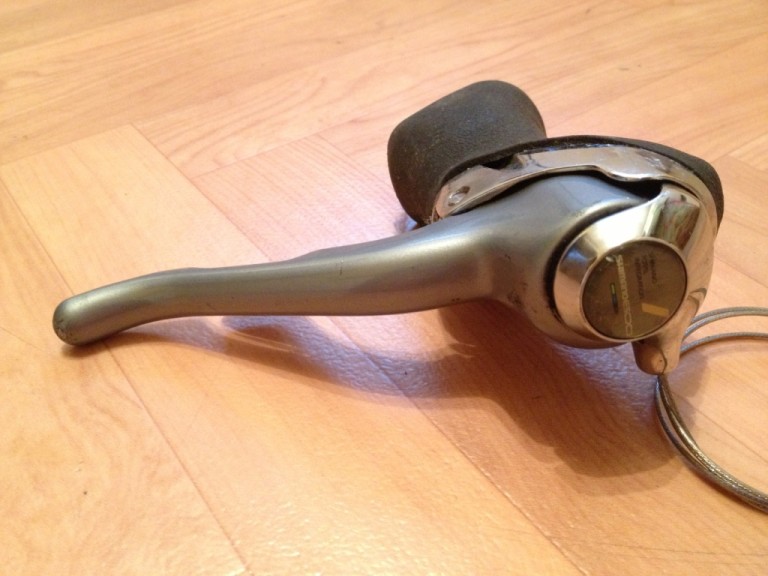 Yet another product that I still get misty eyed to this day when I see; the Ultegra 8 speed STI lever.

We thought Shimano’s Indexing System was good but that was nothing compared to the revolution that was Shimano Total Integration (STI).

STI was a massive change. The gear changing mechanism moved from the down-tube to the handlebars (and brakes).

STI meant that gear shifting was changed forever. It was STI that set Shimano ahead of Campagnolo in the popularity stakes – a place they still retain.

At the time we all studied photos of the levers in magazines. The Australian Phil Anderson was one of the first pro riders to use STI. I remember debating for hours on end with club mates about them.

We all thought that it was a fad so we were quite dismissive of it at first. Secretly though we were all craving to use it to see what it was like but none of us would let on. “It’ll break in the first crash and that’s several hundred quid up the spout instantly” is what we all proclaimed and stuck to.

I still remember the day I saw it for the first time in the flesh. There was a huddle around a guy’s bike and everyone was poking it and asking questions.

Within a few weeks all the top guys – and anyone flash with cash – had STI units on their bike.

I had to save for a few years to get some. My main preferred excuse was I was waiting to see how robust they were and I wasn’t going to waste money. In reality I couldn’t wait to get them.