Team Time Trials bring team strategy back into the race equation. Each team rotates in and out of the front of the group to take advantage of opportunities to draft. Each rider alternately blocks the wind for teammates and then returns into the team formation to conserve energy. 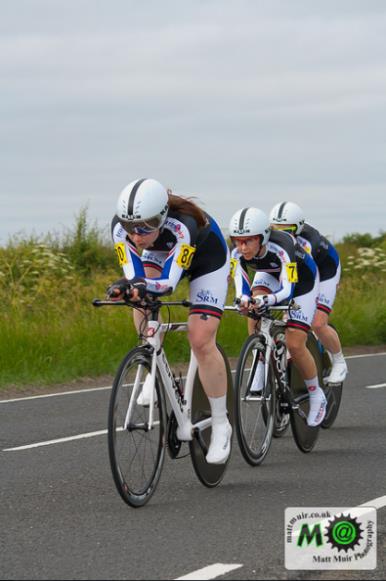 Whilst I’m sure most would have seen the beauty of Orica-Greenedge and Team Sky in the Tour de France competing in the Team Time Trial, making it look easy smooth and executing the changes with such ease and finesse.

The team time trial is a real art form to get right. Whilst the rider at the front is riding slightly above their aerobic threshold,  the rider behind gets to recover before taking their place at the front.

As for our team – we were pretty much into the unknown as not only had we never ridden together, but also never met each other before as well.

Whilst the principal remains the same for the event, it is important to get a feel for how one another rides so we took full advantage of this in our warm-up.

We knew that the title for this event was going to be between Ilkley and ourselves, Trainsharp RT. Bronwen set us off to a great rhythm, whilst I was trying to get as much shelter from Keeley as I possibly could – as you can see from the photos it wasn’t the easiest task, however by the end of the first lap we were already 2mins into the lead – however half way is not the finish and it was important to remain composed as I took to the front to complete the remaining 19-miles.

The course was technical and undulating in places, we worked well as a unit and managed to stop the clock in 1hr 40mins 53seconds to win the National Team Time Trial Championships!

It would be fair to say looking at our presentation photo, you wouldn’t necessarily match us together, but we really pulled it out the bag – and to go with it… our first national title!

So the day of reckoning and it suddenly dawned on me – what have I entered myself for! This was my furthest time trial by double the distance – so to say it was going to be a leap into the unknown would be a massive understatement!

The race took place in the Lake District on the A66 alongside Bassenthwaite lake, taking in loops from Braithwaite to Cockermouth – I would love to have said I saw the spectacular scenery, but I can honestly say all I saw was the tarmac in front of me. 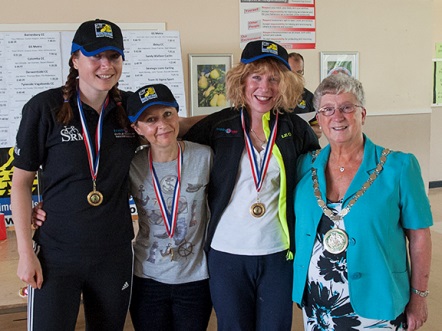 acing was always going to be the key to this event; I started off steady and tried to ride myself into the race – unaware of what delights I was going to face in the final 50-miles!

I was lucky to have my support crew sitting in the layby handing me out my nutrition as I passed by – luckily for them it was the hottest day of the year so far, so it was a great opportunity to top up a tan – well it would have been except I picked the one layby that was completely shaded.

Looking at the results now it would appear that I took the first 25-miles a bit too steady, and was way down, queue the next 25-miles and I was in 5th place but down by quite a way.

After some encouragement I knew I had to raise my game and quite considerably, so head down and increase the pace again – the second 50-miles produced the second fastest 50-mile split however the deficit from the first 50-miles was just too much and I finished 4th.

Not bad for a first attempt at the distance but it’s 4th place right and everyone knows – who remembers that position?! 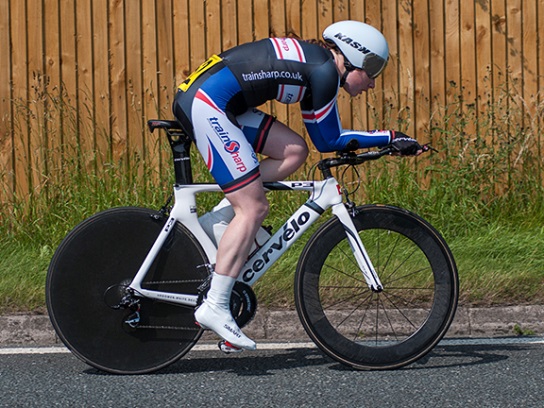 For now though I’m going to enjoy a mid-season break to recover and recuperate before sitting down with my coach and plan the second half of my season.

There were lots of lessons to take from this weekend – eat, drink, eat, drink – sports nutrition on long rides and races are paramount to success – also that if I want to be on that podium I’ve got to go away and work harder, which is exactly what I plan on doing.