Merlin Cycles’ roaming reporter gives us a rundown of his favourite bits and bobs from 2014.

The Tour in Yorkshire

When the Tour de France announced it would be starting in Yorkshire few could have predicted what a huge success it would be.

Crowds were incredible, lining practically the entire route and packing villages as the race passed by. The climb of Buttertubs Pass looked like an Alpine climb as you couldn’t tell when the fans finished and the bunch began.

Tour officials were overwhelmed by it all claiming it the greatest Grand Depart in the event’s history.

Stage 5 on the cobbles of northern France also deserves a mention. The drama of riders struggling to stay upright in the treacherous conditions, Nibali and his team mates getting one over on all the rest of the overall challengers, and the withdrawal of defending Chris Froome from crash-related injuries.

The Giro in Ireland

The Giro starting in Ireland had many firsts. It was the first time the race started in the UK. It was the biggest sporting event ever to come to Ireland, and a transfer day back to Italy on the fourth day had to be agreed by UCI as it was outside their standard one week minimum time scale.

Northern and Southern Ireland really embraced the event – before and during – making for a great atmosphere by the time the race arrived. Crowds were huge and towns and villages along the route went pink for a few days in contrast to the spectacular scenery.

Even the damp weather couldn’t dampen the enthusiasm, or Dan Martin’s crash which was headline news for days there.

The Women’s Tour in the UK

The five day Friend’s Life Women’s Tour attracted the biggest names in women’s professional racing to the UK and was an immediate success. The crowds that turned out to see the riders each day were incredible and shows that women’s racing is finally getting the recognition it deserves. 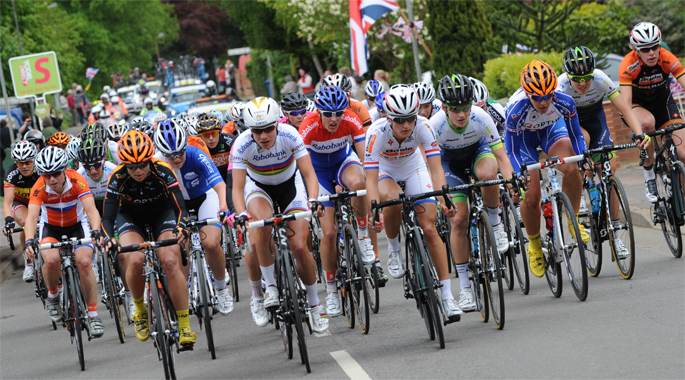 Let’s hope organisers in other countries see that it is popular and put on more races of this standard.

Paris-Roubaix is always an amazing race to watch no matter who’s riding or whatever the weather. This year had even more interest for British fans as Sir Bradley Wiggins had stated that the race was his major target for the spring.

When Wiggins goes all out for something you know he’s going to prepare the best he can but Roubaix is a race like no other.

To see him then in the final selection with 10km to go along with the best cobbled Classic riders in the world was incredible.

Any one of them could have won it and the tension was visible. Niki Terpstra (Omega Pharma-Quickstep) may have won the race but to see Wiggo up there was impressive and we’re looking forward to the 2015 edition already as that’s his early season target and he knows what it takes now.

Up to September, Irishman Dan Martin (Garmin-Sharp) must have been the most unlucky rider in the peloton this year. Crashing on the last corner of Liege-Bastogne-Liege with less than 100m to go while attacking for the win left us speechless for the defending champion.

Less than a month later we couldn’t believe it when his Garmin-Sharp team wiped out in the team time trial of the opening stage of the Giro d’Italia in Ireland. One of the pre-race favourites for the overall, Martin was out with a broken collarbone before the first stage had even finished.

A relatively quiet summer ensued as he got back to his best for one of his favourite races, the Tour of Lombardy.

He rode wisely the whole race and when he attacked the favourites in the closing kms it looked like he had gone to soon but within seconds we knew he was going to stay away for the win. The joy and relief was great to see and probably the relief as he conquered his series of bad luck.

The final week of La Vuelta

When Chris Froome (Sky) and Alberto Contador (Tinkoff-Saxo) both ended up abandoning the Tour de France with crash injuries we thought they would be out for the rest of the season. 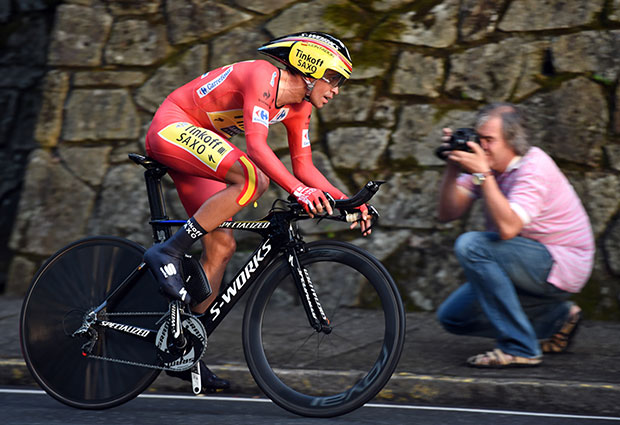 A few weeks before the Tour of Spain they both announced they would be riding it to get back on the road to serious racing again. But both were playing down their chances.

An in-form Alejandro Valverde (Movistar) and fellow Spaniard Joaquim Rodriguez (Katusha) – another rider keen to readdress an injury affected season – looked to be the favourites but we knew Froome and Contador wouldn’t just be getting the miles in.

The final week of the race was epic as all four attacked each other every day in the mountains and the final result went right to the wire with Contador holding on for the win.

The fact that they all looked vulnerable at some point and weren’t afraid to attack each other made for excellent viewing.

The legendary L’Eroica series came to the UK this year for the first time with L’Eroica Britannia in Derbyshire in June. 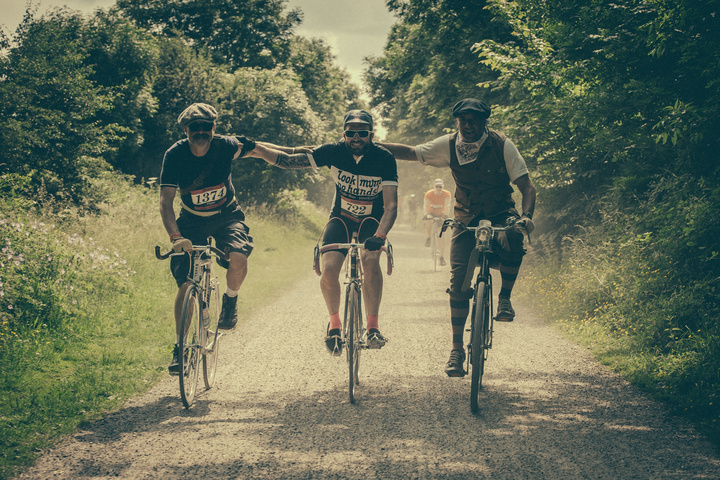 Nearly 2,000 riders embraced the retro theme with thousands more visitors descending on the event showgrounds over the weekend giving a real festival atmosphere.

The courses were a hit with the gravel path start and beautiful quiet roads in the Peak District. Even the Monsall hill climb couldn’t dampen enthusiasm with the road packed at the top to cheer on others or refresh with a beer or ice cream.

It was also great to see so many foreign riders making the trip and everyone making such an effort with bikes and kit. It’s coming back in 2015 and I can’t wait. 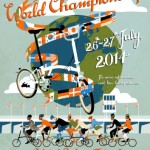 For something completely different this year I rode the Brompton World Championships on the Goodwood Racecourse in Hampshire.

You have to ride a Brompton folding bike and be suitably attired with shirt, collar and jacket for the men and similar formal dress for the ladies. No lycra is allowed on show and you will be suitably chastised if it’s spotted.

It’s a Le Mans type start where you have to run to your bike, unfold it and then do just over 10 miles on the race circuit. Everyone sticks to the rules and some of the costumes are amazing, there’s also some very tricked out Bromptons about for the tech lovers as well.

It’s completely bonkers and I loved it!

Shimano making its 105 (5800) groupset 11 speed this year really opened up the extra gear to a lot more people. The overall styling of the groupset is the same as the more expensive Ultegra and Dura Ace but at a much more wallet friendly price. 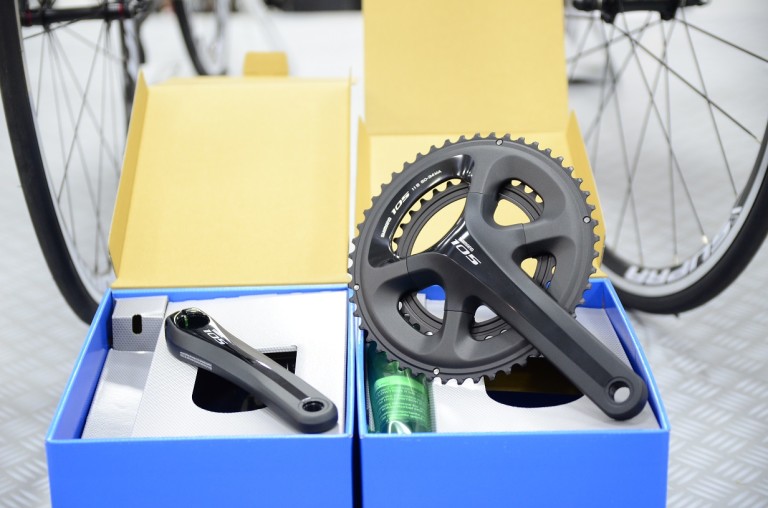 Obviously there’s a slight weight penalty and finishing may not be as refined as it’s siblings but the operation is slick and trickle down has made this a superb groupset at an amazing price.

When disc brakes started appearing on cyclocross bikes many people were sceptical and said that they weren’t needed and might be slow to catch on.

Fast forward a few seasons and they are not only on ‘cross bikes but everyday bikes and even the top road bikes from iconic manufacturers such as Colnago and Bianchi.

While the UCI may not allow them in road races they certainly have caught on everywhere else.

The guaranteed braking in any weather is a definite bonus on commuter and utility bikes as well as cross and touring. Many companies, including Merlin, are now including disc brake road going bikes in their range meaning more choice and very competitive pricing. 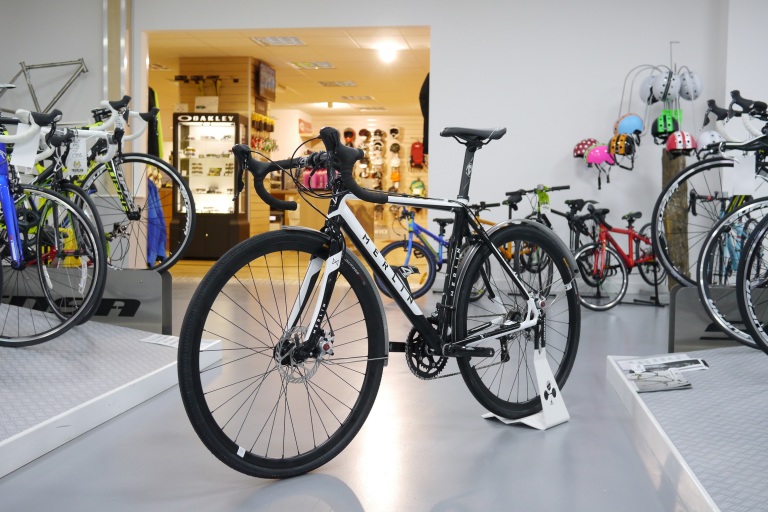