Here it is – the new RockShox RS-1. The most eye-catching suspension fork on the market.

It’s a fairly uncompromising bit of engineering and design. It makes for an excellent fork for a whole lot of riders and perhaps it signals the start of something that we’ll be seeing more of in the years to come? 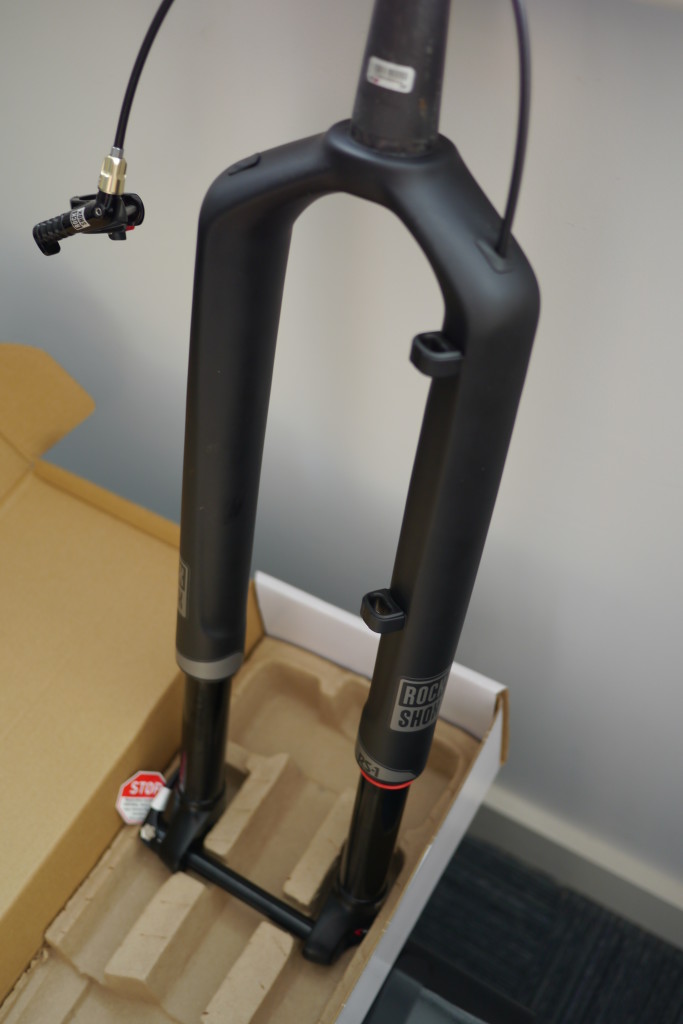 The RS-1 was initially seemingly aimed at XC racers. Modest travel, light, stiff, lock-out-able, 29er-specific. But RockShox underestimated the appeal that the RS-1 fork would have beyond the race tracks. The 120mm travel version in particular is proving to be a great choice for certain types of regular trail riders.

History time: did you know that RockShox’s firt ever suspension fork back in 1990 was called the RS-1? Here’s a pic of it… 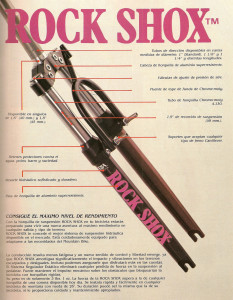 Upside-down – or inverted – forks have been tried before. They’ve usually ended up being too flexy or, if they weren’t too flexy, they ended up too hefty. RockShox spent years in development with the RS-1 and in the end they realised that they couldn’t solve the flex issue with existing hub standards. 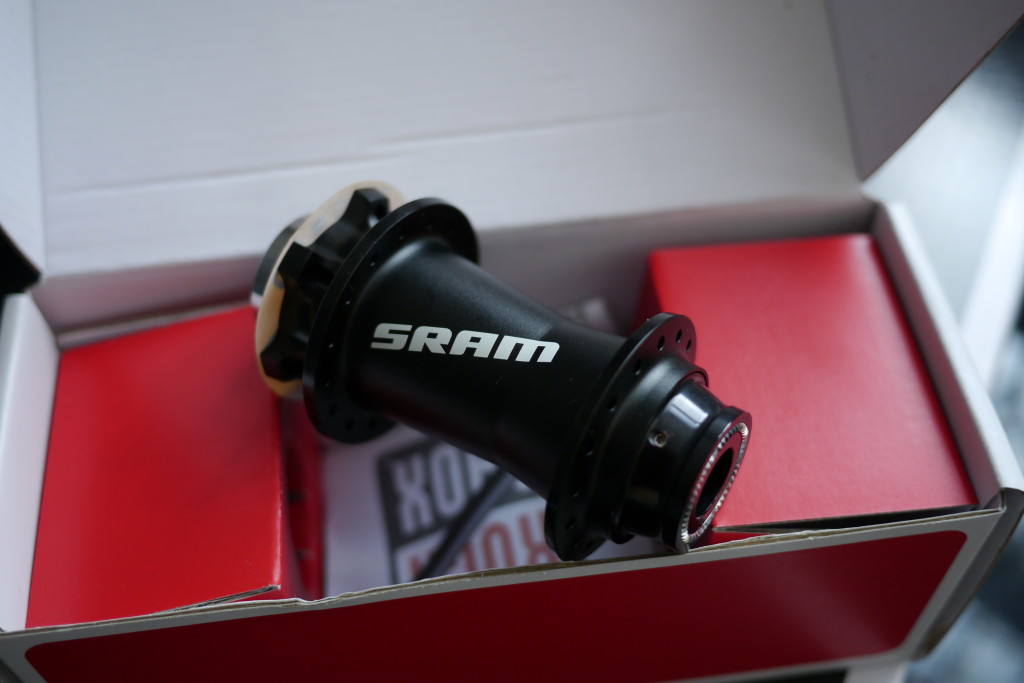 So yes, the RS-1 needs to be paired with a proprietary specific hub. Sorry about that. The fact is that the fork wouldn’t exist at all if it had to use existing hubs. You’ll need to factor in a new wheel/build if you want to stick a RockShox RS-1 in your bike.

Why make an inverted fork at all?

Well they look flipping cool for a start. But there are other factors too.

Constant, super effective seal lubrication. Oil sits at the bottom of the fork ie. where the seals are, and keeps everything moist.

Vastly reduced seal and bushing bind. It’s complicated to explain but basically the closer that seals/bushings are to the hub, the smaller the leverage forces are. 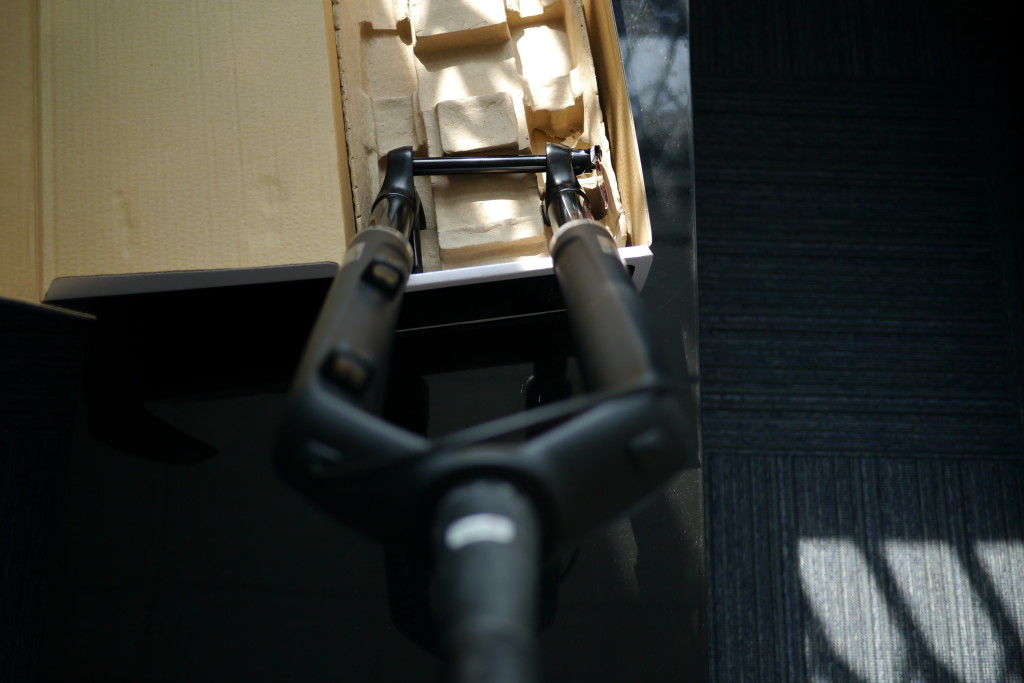 The view from above

Increased longevity of seals. Partly due to the aforementioned reduction in binding but also – although the seals are nearer the ground – the seal are further from tyre flung filth. And water can’t sit on top the seals as it does with normal forks.

All of this results in a fork that’s supple at the start of the stroke and remains consistently low-friction throughout the whole of the stroke.

And there’s the general principal of unsprung versus sprung mass. Google it if you want to learn more. ‘Basically’ it’s better to have less weight on the area ‘below’ the suspension spring ie the wheel and the lower ‘half’ of the fork.

And they look cool. (Isn’t that reason enough? It is for us!) 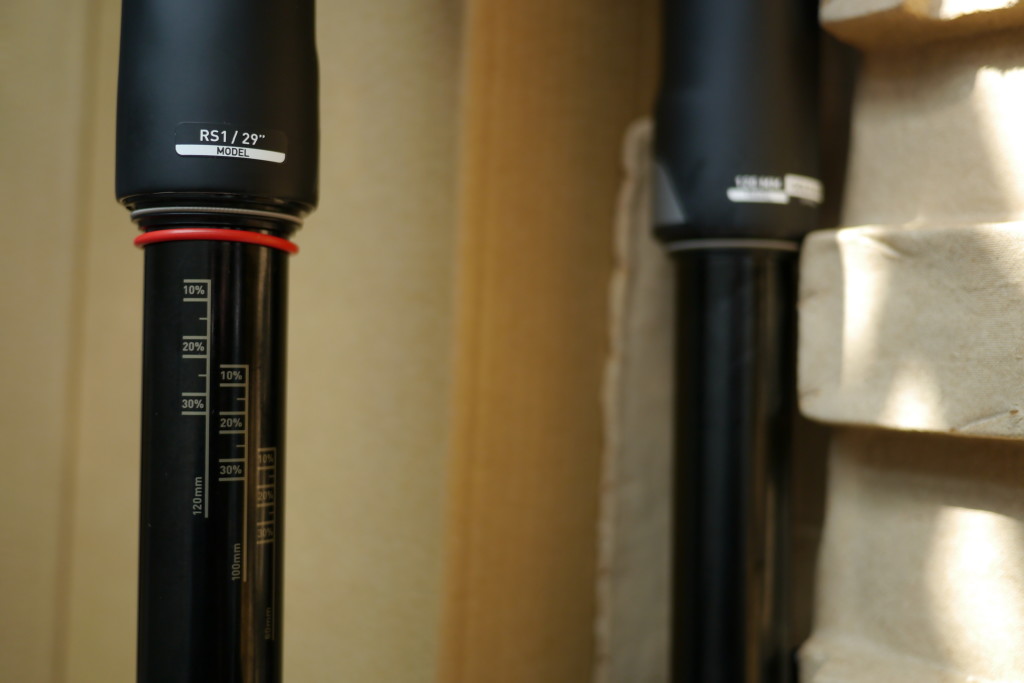 How have RockShox solved the flex problem?

Partly by taking advantage of new developments in carbon fibre knowhow but mainly by designing a new hub. The entire hub-axle-dropout system is called “Predictive Steering”. Which is a bit of a silly and possibly misleading name really. It doesn’t predict, or counter, anything. It’s just big and stiff.

How big? Although the Maxle Ultimate thru-axle is 15mm the main (tubular) axle that’s doing the work is around this Maxle and is a whopping 27mm in diameter. The 27mm axle goes all the way to the ends of the hub and meets the inner surfaces of the similarly oversize dropouts. 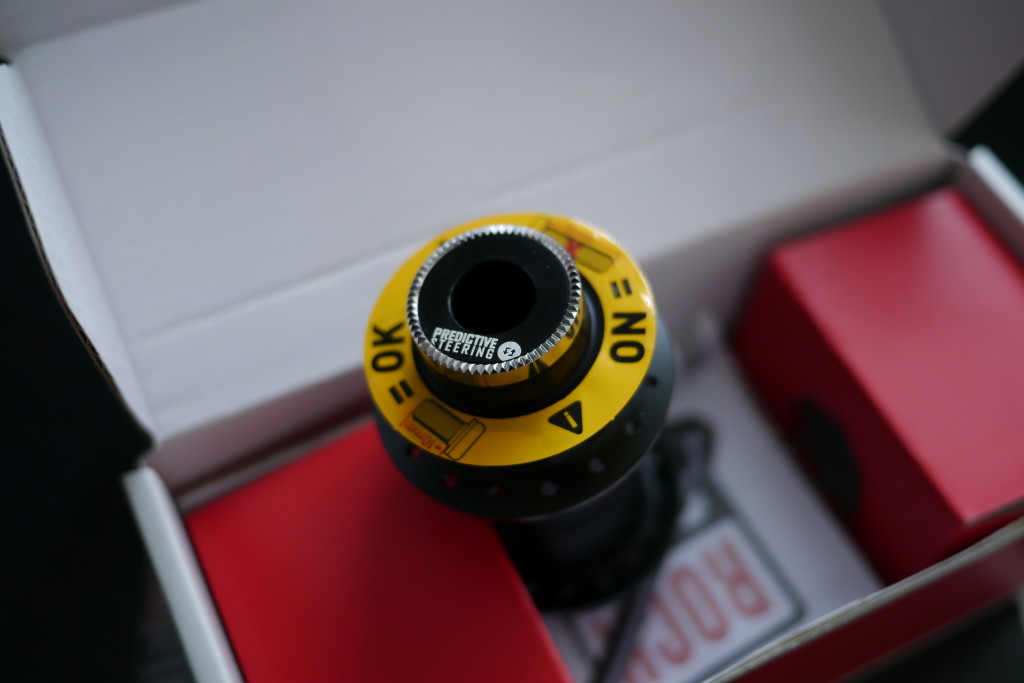 Another significant feature and added bonus of the new hub are its wide-apart spoke flanges. The wider apart spoke flanges are, the stiffer and stronger a wheel will be. This is of real importance for 29er wheels which typically are flexier than smaller wheels. 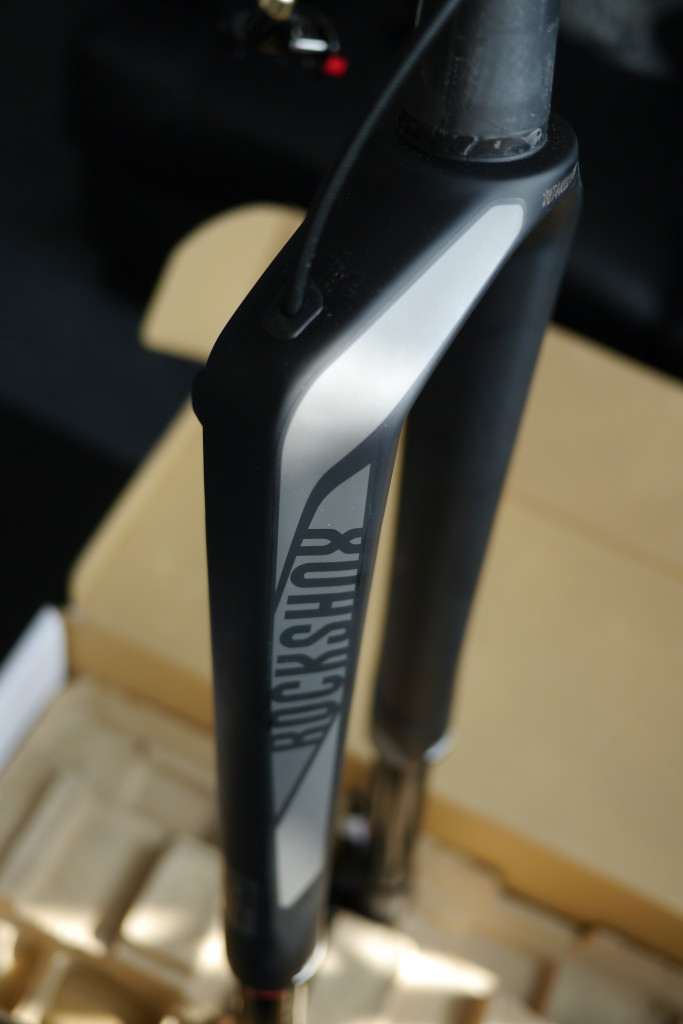 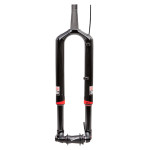 We now have RockShox RS-1 forks and stuff in stock