Excellent mountain biking eyewear. Occasional fogging more than made up for by the protection and vision consistency everywhere else.

The first thing to say is that the Overdrive glasses are best suited for more ‘heads up’ riding positions and mountain biking rather than a road racing stuff. The tops of the frames are raised up a bit but arguably not far enough for hardcore drop bar sprint merchants. 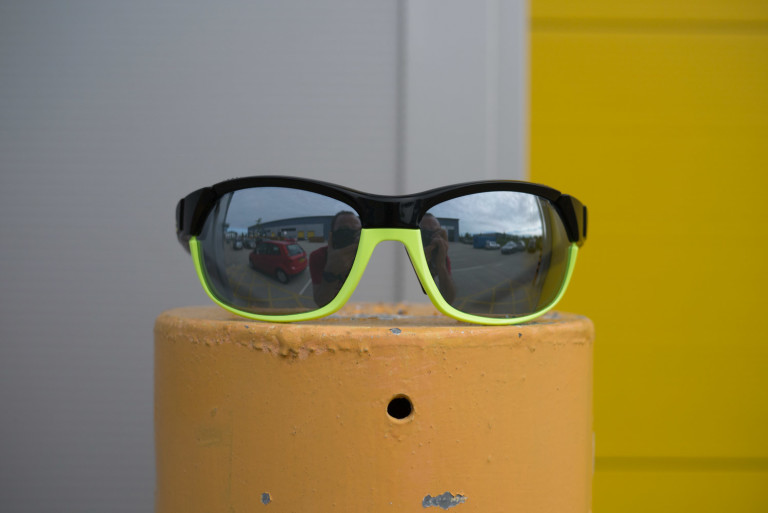 As mountain biking eyewear they’ve been great. They offer very good protection from splats and wind. They stay in place. They’re comfy on the nose and at the temples. They’re light enough not to put pressure on your nose. 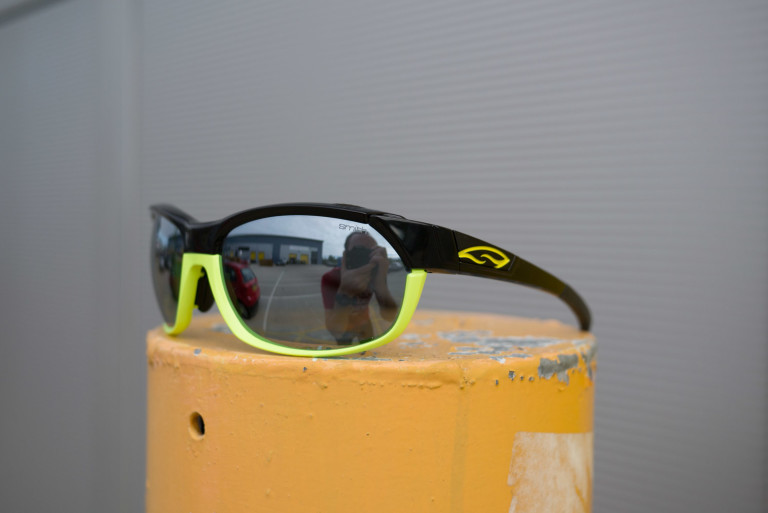 I’ve been in no hurry to take them off at the end of rides or during rest stops. I’ve just kept them on and forgotten about them. I have also used them as social shades and driving glasses too. (The actual pair that I’ve had are black-black colourway so a bit less garish than the black-yellow combo in these pics.) 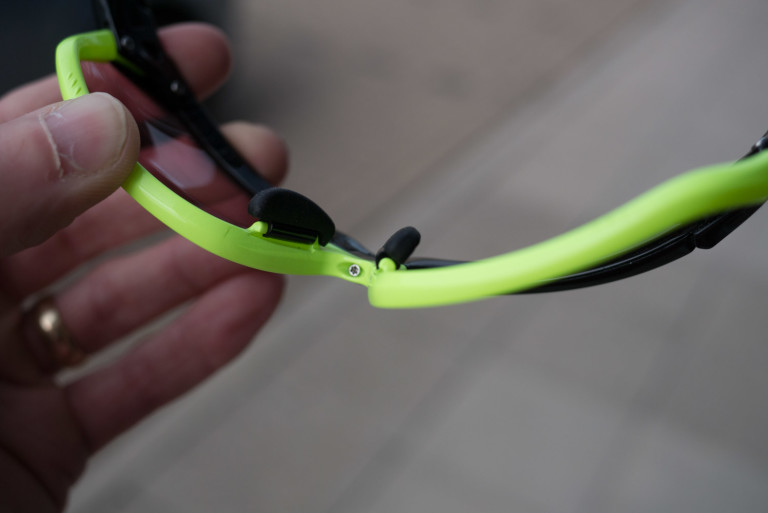 The adjustable nose pieces I kept in one position all the time. They sat too close to my eyelashes at one extreme of the adjustment range (above pic) so I kept them at the other end of the adjustment (pic below). 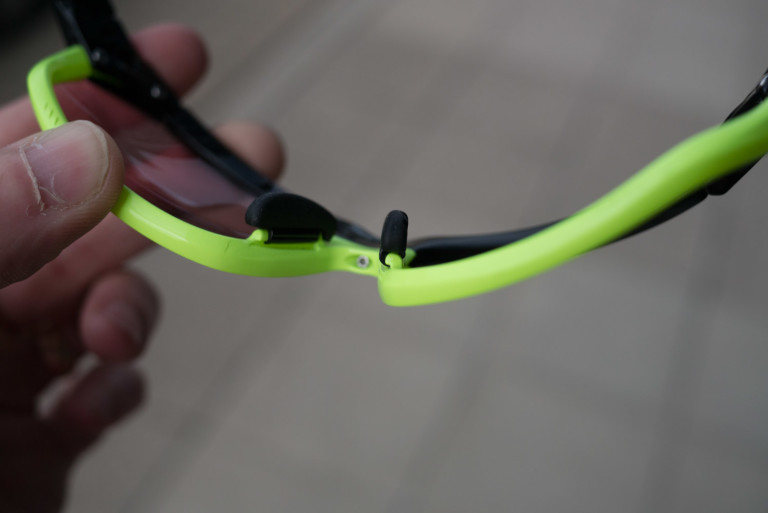 The high levels of protection from splats and wind-baffling does come with a price at times. They can get a bit fogged up when really working hard on steep, slow climbs due to the lack of air flow. It’s the dang humid mild and moist UK conditions that don’t help. Pretty much all shades steam up when labouring hard off-road though so they aren’t terrible offenders by any means.

Personally I’m happy to deal with a bit of slow-speed fogging for the protection/coverage benefits for the rest of the time.

These Overdrives are absolutely excellent at protecting and removing distractions.

The coverage is so comprehensive that the mid and dark tint lenses perform a lot better because there’s no bright light ‘leaking’ in from outside the frame and confusing your eyes. Really impressive consistency that leaves your eyes free to work at their best. 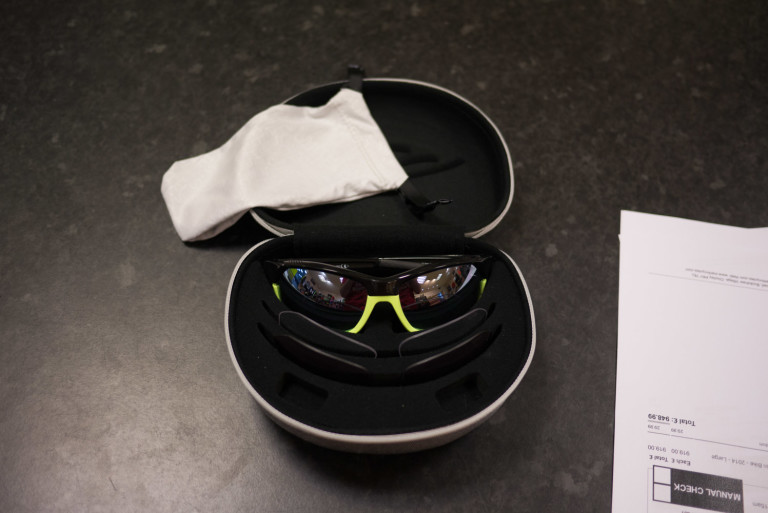 Let’s talk about lenses. You get three lenses: dark, clear and Ignitor.

The dark lens is really rather dark and I think I’ve only ridden with them once. I have used the dark lens for casual wear and when driving quite often though.

The clear lens I’ve used quite a lot. There’s been a lot of dingy evening rides through spring and summer this year. The clear lenses are noticeably er.. clearer than cheapy glasses. Especially cheapy glasses that have lenses as curved as these. They also appear to be more resistant to scratching (or maybe I’ve just been extra careful/lucky with these!)

The Ignitor lens is Smith Optics sort of all-rounder lens. The Ignitor tint looks really dark when viewed from the front but is in fact a bit lighter. The pic below gives a good idea of how it is to look through an Ignitor lens. 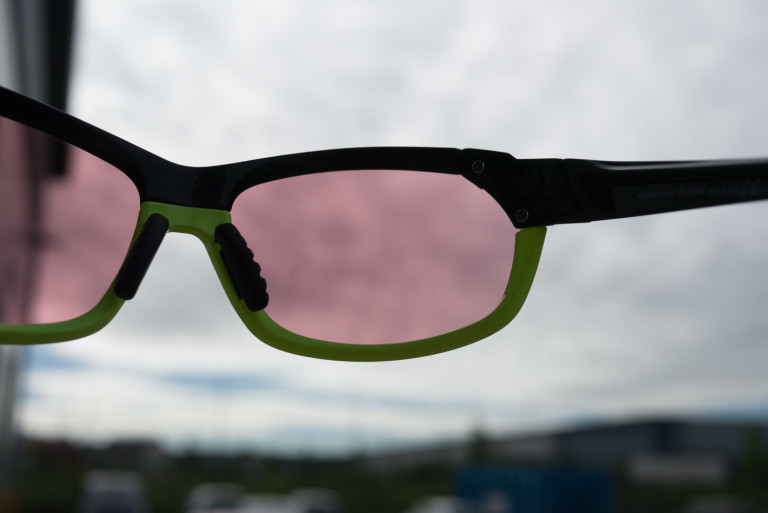 As mentioned above, the lack of bright light leaking in from the sides has had me wearing Ignitor lenses in conditions where I’d expect t find them too dark (under dense tree cover basically). 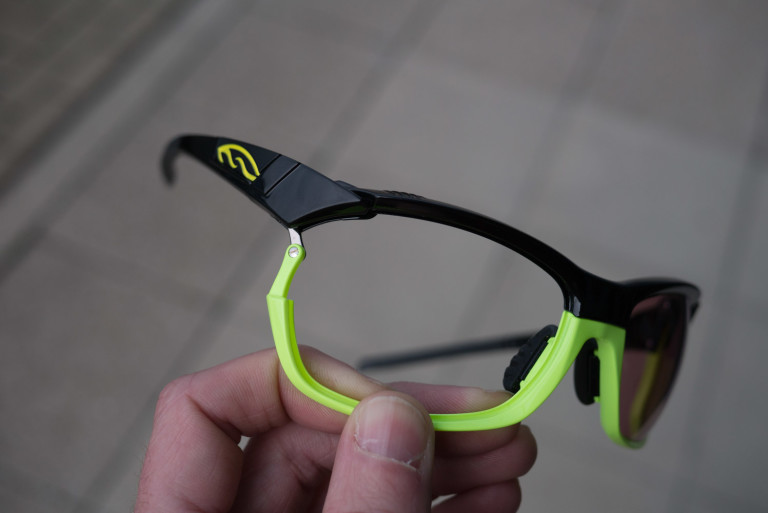 Changing lenses is tricky at first as you don’t like to push and pull at new things, but once you know what you’re doing changing lenses becomes second nature. I’ve never had a case of not putting a lens in properly. The design really keeps things in place and aligned nicely. 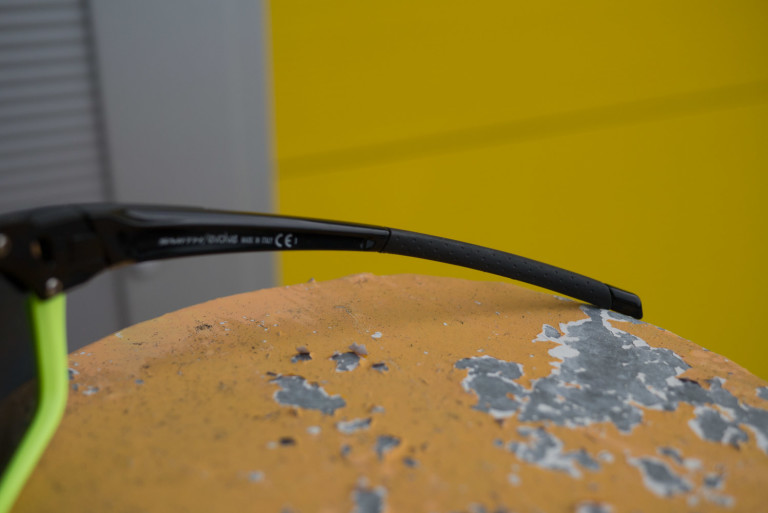 The arms didn’t foul the retention system on any helmet I tried them with. The curve of the arms fitted my face very well; no unnecessary contact until the hairline and a comfy hug behind the ears from the rubber tipped ends.

The hinges on the arms are nicely positive and smooth which doesn’t sound that important but it does make the Overdrives much easier and quicker to put on or remove whilst riding along. There was no stopping required when putting them back on after ‘foggy’ bits. Nor when removing them whilst riding along. And they stayed anchored securely to my Camelbak sternum strap whilst they were off.

Excellent mountain biking eyewear. The occasional fogging was more than made up for by the protection and vision consistency everywhere else.

Shop for them at Merlin Cycles