It’s been running for more years than we can remember and has seen its fair share of the best track and road riders in the world. From Eddy Merckx to Bradley Wiggins, the great and the good of track cycling, and lots from the road, have ridden here.

This year’s star attraction was Mark Cavendish and Omega Pharma-Quickstep team mate Iljo Keisse. We’re not sure who the home crowd were more excited about as Keisse is Belgian and has won here several times making him just as popular as the Manx man.

On Saturday evening though, there was a sizeable number of British spectators to make sure Cav got the biggest cheer for one night at least.

It takes place over six days, hence the name, with a variety of different races taking place each night. 14 two-man teams take part over the entire week with points available in each race and the overall victors are the team with the most points at the end of the week.

The event is very popular with UK fans it’s about 1.5 hours drive Calais and always coincides with the Koksijde world cup cyclocross race. What also helps is the incredible atmosphere and the ability to get so close to the riders.

The evenings are run of as a show almost meaning there is always something going on keeping the crowd happy. That and the fact that you get a beer token with your entry ticket to start the night off. It goes on late into the night with many moving on to Ghent’s many bars after to continue the party atmosphere. 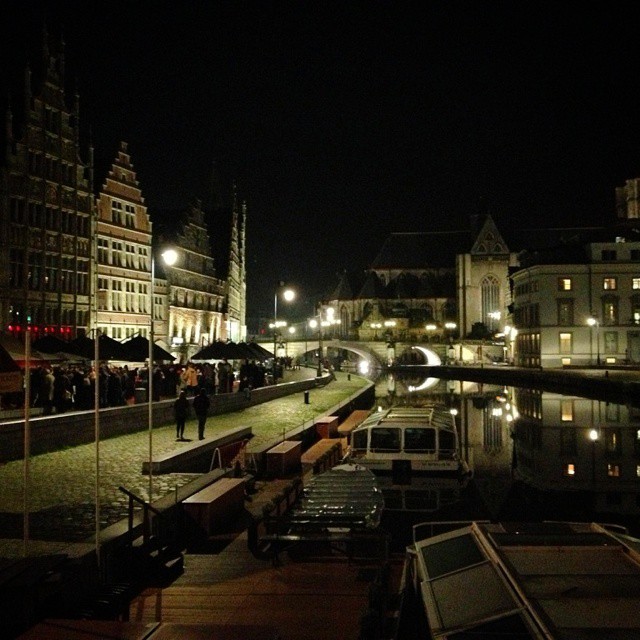 Ghent city centre is as beautiful at night as it is during the day and there’s plenty of places to eat and drink before and after the track racing. 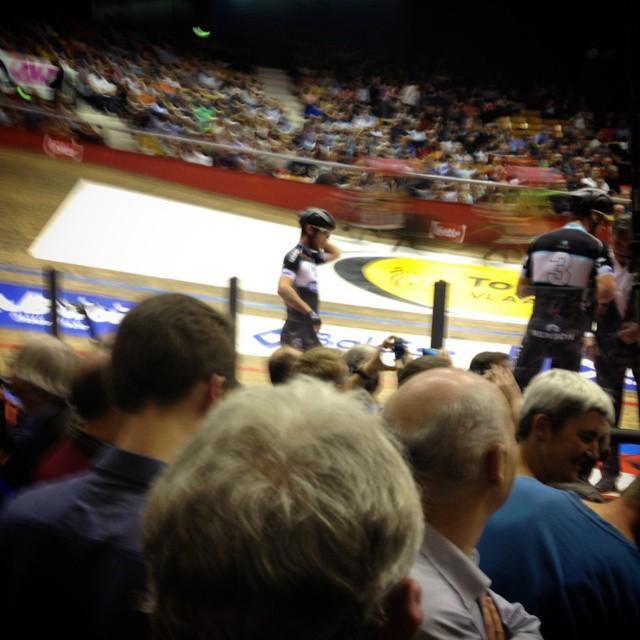 Apologies for the wobbly pic! This year’s star attraction was the Manx Missile Mark Cavendish and he was on good form. Here he’s walking to meet his team mate Iljo Keisse and legend Eddy Merckx much to the crowd’s approval. 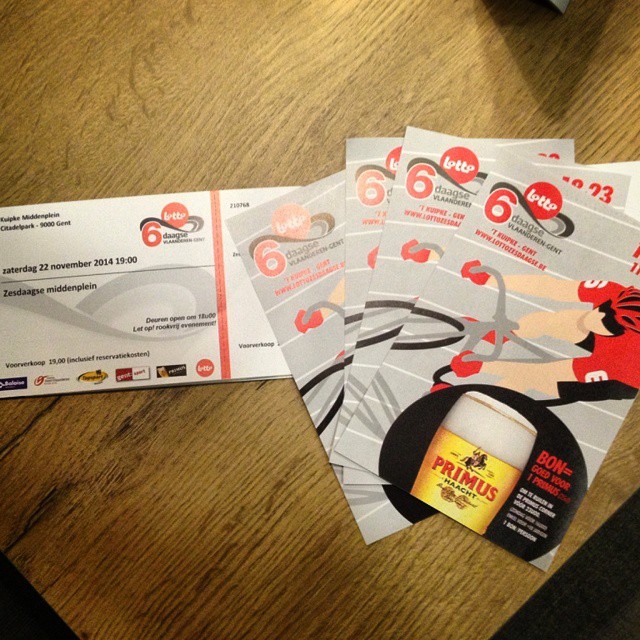 Not many cycling events you get free beer tokens sent with your entry tickets. 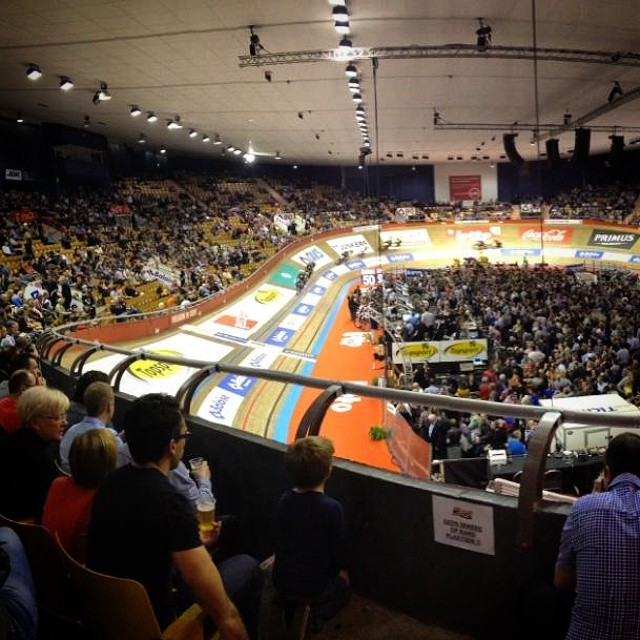 The Derny motorbike races are a crowd favourite with the Derny riders getting as much attention as the cyclists. They’re great to watch as the lead changes so much and it always goes to the line.

The track is only 167m so it’s a small venue but makes for more crowd pleasing laps. 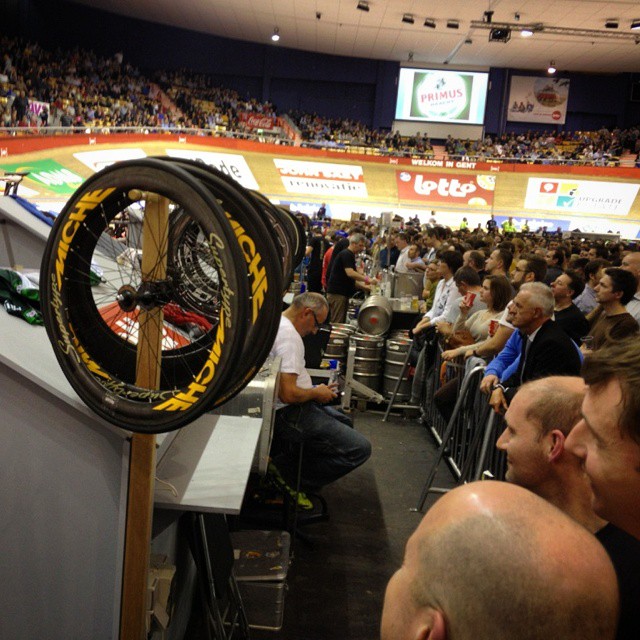 If you want to experience the atmoshphere of the event you have to visit the track centre. No special access needed here, just walk in. There’s beer served here so many don’t make it to their seats all night. The riders rest in the little gray booths by the side of the track shielded from the public glare but not the noise- and smells! 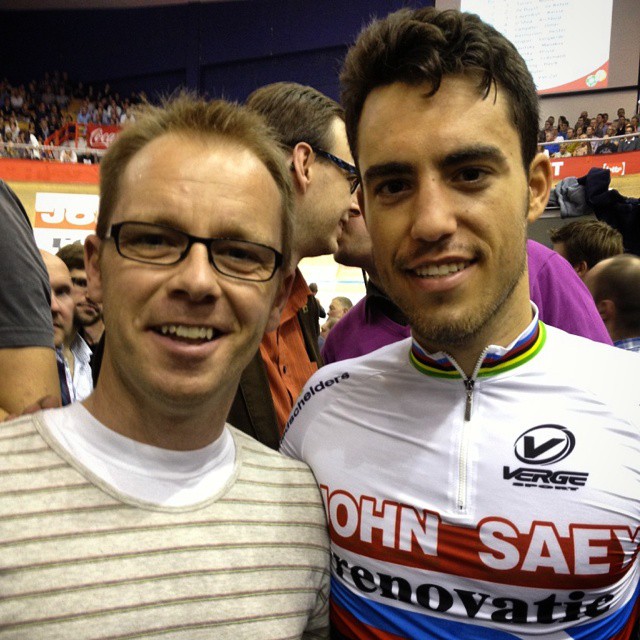 The great thing about Ghent is the ability to get close to the riders. I met up with Tour of Menorca regular and world champion Alberto Torres during a break in proceedings. 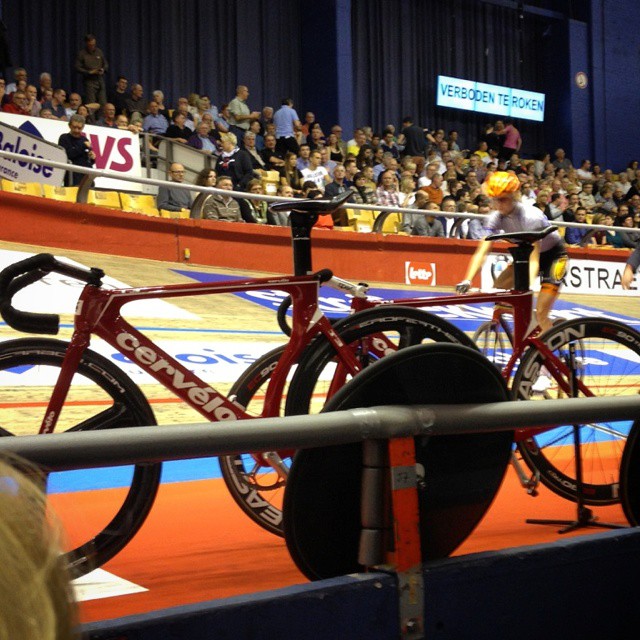 Although there’s a fairly strict timetable of events, the atmosphere is somewhat relaxed with kit allowed by the side of the track; just as well as the rider areas are tiny.