Slipping, Sliding and Trudging!I am struggling to believe that the cyclocross season has come to an end. It has been a whirlwind few months for me in all sorts of ways – not least as a result of complications surrounding work – but it all just seems to have passed so quickly.

And just when I was starting to become accustomed to regular leg-covering mud-masks; how will I possibly keep my legs as smooth in the months to come?! 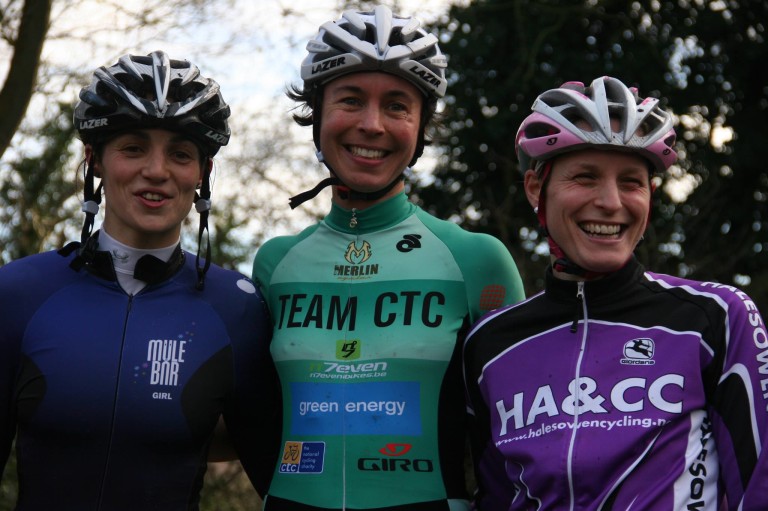 Results-wise, given that it is only my second full year of cyclocross racing, the season has been promising; having raced on fourteen occasions I have come out with seven wins, three top-five positions (two of which were the result of puncturing at inopportune moments, and consequently slipping backwards from leading the race to finishing in second or third place), and three top-ten positions.

I came 15th in the National Champs, disappointingly having lost several places due to mechanical issues but on the plus side having proved to myself that I can run further in one go than I had realised!. I finished up the season ranking tenth woman in the UK.

Technically speaking I still have a long way to go in the world of cyclocross. However, I have continued to learn throughout the season and can only assume that the fact that I still have so much to improve on in this area can be a positive thing; provided I maintain my fitness and strength then any advances in my technique should lead to better results and outcomes in races.

Rather than concentrate on any particular league this season, my choice of races was based on logistical concerns – how far away were they, and could I get there?

This approach turned out well, allowing me to gain experience of cycling in numerous discrete leagues and series (the Wessex league, the Western league, the Central league, the Rapha Supercross series, and the National Trophy series), as well as several standalone events, such as the thrilling Kenilworth Common Boxing Day Cross, the longest running cyclocross race in the UK – this year was its 60th birthday!

Although my stomach protested somewhat about me racing on Boxing Day (given digestion of the previous day’s indulgences was still in full swing), my legs didn’t object too much and with such a fantastic course, full of variety, challenges and excitement, my mind certainly wasn’t complaining; it was undoubtedly one of the most enjoyable races this season for me and one attended by the most spirited spectators.

Another of the most diverse and interesting courses, which also resulted in a favourite race of mine this season, was the Bill Higson Memorial Race, a Wessex League race that took place at Prospect Park in Reading.

Like Kenilworth, the event was superbly organised and the terrain was dramatic and testing. In the Reading event the weather also played an interesting role, with sunny spells to start, transitioning to a bucketing deluge just a few minutes into the race, and even combining a brief leg-thrashing hail storm towards the end of the event.

I have been impressed by the Central League events that I have participated in, and enjoyed racing at Milton Keynes Bowl surprisingly more than I anticipated; it proved itself a venue for a much better course than I had thought it would going by first appearances.

I had to run the majority of the final lap and the incident resulted in me slipping numerous places back; I had been aiming for a top-ten position, if not a top five placing. 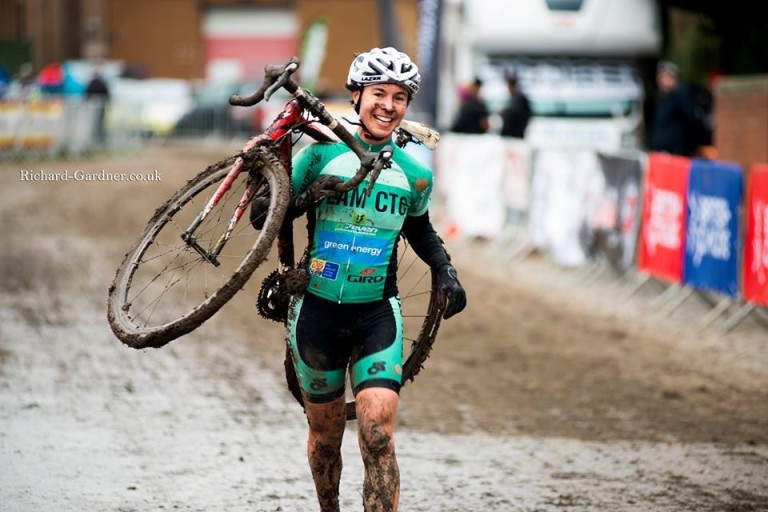 That said, the conditions at the National Championships certainly didn’t favour my strengths in the sport and with my as yet relatively neophytic technical aptitude in the face of under-tyre slippiness and muddiness a top five placing was ambitious given the seasoned riders I was up against.

In places the mud could have been mistaken for modelling clay, rendering it virtually impossible to ride certain stretches of the course. In other sections it felt like riding on black ice patches. Trudging, trudging, trudging with a clogged up, mud-laden bike thrown over my shoulder and mud-weighted clodhoppers attached to my feet was the order of the day!

I have to acknowledge that without my dedicated pit crew I would not have managed to finish the National Champs race. I do not possess (and did not have at my disposal) a jet-washer, as benefitted from by riders in bigger, more established teams, or simply by those with a bigger budget.

Consequently, two fantastic friends of mine tirelessly ran to and fro from the bike wash area to the pits and back, freezing fingers clutching mud-encrusted dish-washing brushes and dunking them into buckets of icy water to render my bikes functional (if not pristine!) for changes each lap.

Reflecting on their own experience my pit crew mutually agreed that they looked like prancing dressage ponies when ‘running’ from bike wash area to pit area because the mud was so deep and sticky they constantly had to raise their knees directly up to clear the mud.

Without a spare bike I would also have failed to finish the race, and for that I have to thank Merlin Cycles for sponsoring me and supplying a fantastic second bike, a Sensa Fermo, which certainly came into its own over the weekend.

I am going to miss the mud and technical challenges posed by cyclocross racing, and will miss riding my Sensa Fermo. However, as I tuck the blanket around my now clean, oiled and shined cyclocross steeds ready for their season of hibernation I am excited by the forthcoming arrival of a new companion from Merlin – a Sensa Giulia (this is an old post and the linked content no longer exists), which will be my road racing guardian for 2014… and will be tested in a couple of early season races in the very near future!

For those who have read my previous blogs and know my penchant for naming my bicycles: any guesses as to what this new individual in my life will be called?!

Thanks for reading!
Tamina

2 comments to “Tam’s Tales of Cyclocross, Slipping, Sliding and Trudging!”