Earlier this year legendary cyclist Jens Voigt finally called time on his career. The announcement came as somewhat overdue to some people given his age.

We wouldn’t have blamed him for chucking in the towel five years ago but – unlike most pro’s of his age – those legs just kept on working. In fact talking of most pro’s, who would have just hung up their shoes and just got another job in the industry?

Jens signed off by trying to break a world record. 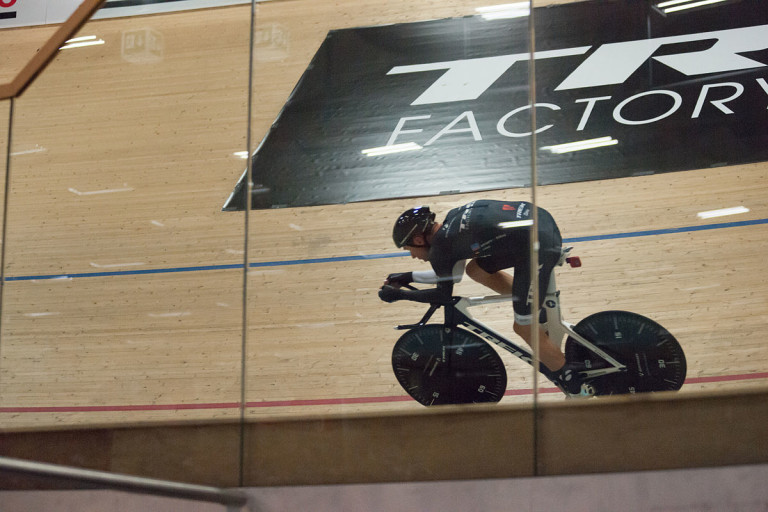 Before the world record though we need to go all the way back to 1997, that’s when Jens turned pro and chalked up a couple of race wins and a second overall in the Tour de Langkawi.

Not one year would go by after that without Jens making his presence known either by winning, nearly winning or just smashing those breakaways. Even at the end of his career this year Jens was still tearing up the breakaways. Most notably in the Tour de France when he almost won a day-long solo mission.

“Shut up legs” became his trademark statement and mantra as he would shout this to himself to battle through the pain. Shouting through the pain earned him two stages in the Tour de France and one in the Giro as well as a string of other victories in other tours and One Day Classics.

Despite his long career he only rode for four teams: Giant, GAN, CSC and Leopard Trek. But he raced for and with some of the best racers of time. Jens had some epic battles over the years not just on the flat breakaways but on the climbs too.

He famously pulled back Jan Ulrich on a climb in 2004 when his team leader Ivan Basso couldn’t and was hounded by German fans the day after.

In 2007 he came second overall in the Tour of California and beat Chris Horner and Levi Leipheimer in the third stage in a brilliant sprint finish.

Over the years 2011 was the only year when Jens didn’t win anything although he was still highly placed in many races. Since turning 40 Jens has consistently been the oldest rider in many a pro race yet was probably still the most aggressive. This year he still managed to win the Combativity award in France and most aggressive rider in California twice.

We are sad to see the back of Jens although whatever the future holds we know he’s bound to still be working in the industry. He could still ride at a pro level, he’s still that quick!

After all you can’t beat the world hour record at 42 and him washed up.