Details of the new rules, the new attempts, the new records and the wannabes.

In 2014 the UCI created a single classification in line with the regulations for current track pursuit bikes.

Under new regulations, riders can use any bike allowed by current UCI standards for endurance track events. 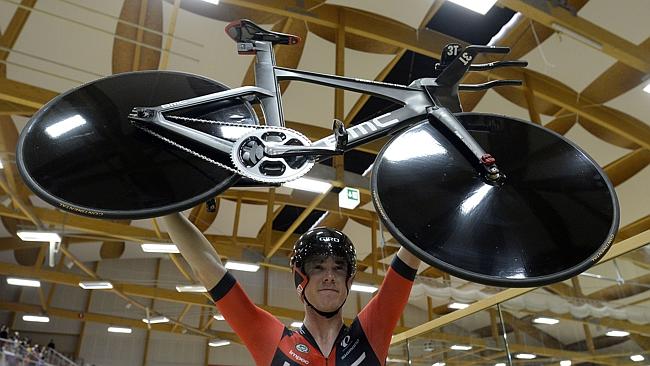 Since the UCI changed the rules (again) in 2014, the hype around the previously no-one-was-bothered Hour Record has risen amongst top level pros and the general public.

Alex Dowsett and Bradley Wiggins are both looking to set a new record so there’s plenty of hope on home soil.

Jack Bobridge started off the year with a respectable distance of 51.300km close behind the champ at the time, Matthias Brandle.

With the line-up of pros scheduling their attempts, 2015 is set to be a memorable year for the hour record.

Alex Dowsett was our big hope to top the hour record early in the year before breaking his collar bone in training which put the date back a bit.

Being a warrior, Dowsett wanted to get back out on the bike and keep his scheduled date of 27th February in reach. But The Hour isn’t something to be underestimated. Dowsett knows this better than anyone so he’s postponed it till he’s back in top form.

Lancashire legend Bradley Wiggins is also set to take a stab at the hour record sometime in early June. He’s said that he wants to give himself around 8 weeks to train for the hour after the Paris-Roubaix doing the full distance in training before his attempt.

After his 136km trek in the first stage of the Tour of Qatar, his first question was “Do you know how far Rohan Dennis went in the hour?” proving that the hour record is definitely on his mind.

In the olden days

The famous Eddy Merckx set a record of 49.431km on the 25th October 1972. He broke the record in Mexico City, Mexico in high altitude – less molecules present which means the air is ‘thinner’.

His record stood for 12 years until Francesco Moser broke the record twice in 1984 with his best distance being 51.151km.

Moser was the first to adopt the use of disc wheels to improve aerodynamics, which is still common in track cycling today. 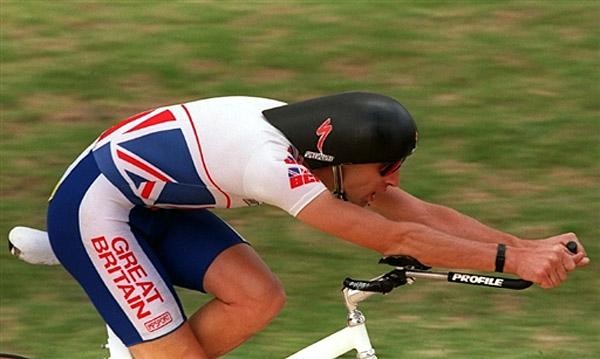 On the 17th July 1993 Graeme Obree (above) set a new record distance of 51.596km using a self-discovered position nicknamed the “Praying Mantis”.

Basically he rode with his arms bent so that his elbows were pressed against his stomach and his chest rested on the handlebars. This allowed him to become even more aerodynamic, creating less air resistance.

It wasn’t long until the UCI caught on to the benefits of his new style and banned it letting Obree keep his record. With his infamous creative mind, Obree set out to make a new bike with an even better aerodynamic positioning and not long after he was riding the “Superman Style” which consisted of outstretched aero style bars.

Chris Boardman used this style to clock the fastest attempt in history at 56.375km before the new UCI regulations.