The story of the biggest tussle in women’s competitive cycling.

Britain’s Golden Girl, Vicky Pendleton and Australia’s Anna Meares have had an ongoing track rivalry for years. Two contrasting characters with a shared ambition and drive to succeed.

Queen Vic and the Danger from Down Under

Pendleton is a gold medallist at Olympic, European and World Championship level. She is a member of the European Cycling Union Hall of Fame. With two golds and a silver, she is arguably the most successful female Olympian in British history.

Meares’ has been the the 500 metre track time trial champion four times and is also a very decorated Olympian with two golds, a silver and two bronze medals. Having held multiple world records, she is one of the best female track cyclists and is currently ranked 5th in the world by the UCI.

Having met many times over the years, at the peak of their careers, there was undoubtedly going to be some tension between them.

Both riders suffered relegations and falls in the races between each other. This just made it even more exciting to watch. Not once did a Pendleton v Meares match disappoint.

Meares’ aggressive riding and perfect positioning makes her extremely hard to beat on the track. Once she’s in the sprinters lane there’s rarely a chance of taking the lead.

The contrasting style and technique of Pendleton made for such a good rival. Her blistering speed allowed her to pile on the pressure, pushing ahead in the final half lap.

Their most heated races

Pendleton beats Meares in the final of the sprint taking gold.

Meares beats Pendleton on home soil for the first time in five years at the sprint.

Pendleton flies into 1st place in the keirin leaving Meares in her dust in 5th.

Being Pendleton’s last race, it was just fate that she would be head to head with Meares for their final battle. Unfortunately the GB star was beaten by a peak of performance Meares and had to settle with silver in front of the home crowd.

A disappointing but strangely fitting way to end an amazing career for Pendleton with another brilliant race against her main rival.

The race is definitely worth a watch (we can’t embed the vid on our blog so you’ll have to click the link and watch it on YouTube) – https://www.youtube.com/watch?v=CkmmXSs-ooQ)

The grasp of the media

The media grabbed a hold of the rivalry and distorted the public’s view of the off-track relationship between them.

Both riders have always expressed their respect for each other and continue to do so even after Pendleton’s retirement in 2012.

Their paths crossed again, off the track, at the Commonwealth Games in Glasgow this year. Pendleton interviewed Meares’ with the Aussie laughing “I’m a little stunned that you are here actually, I didn’t expect to see your face”.

Sharing a photo together, the rivalry has definitely been put to bed. 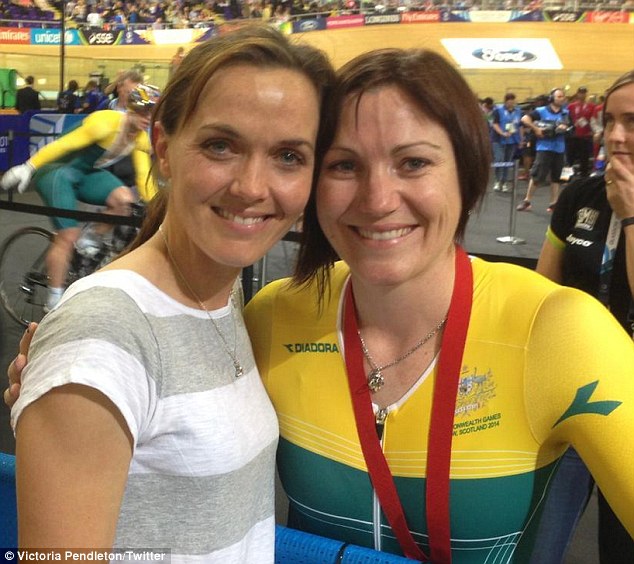 Whilst Pendleton has retired, Meares still has cycling firmly on her mind. In 2013 she set a new world record of 32.836 seconds in the women’s time trial at the UCI Mexico Track World Cup. She is the first women to ride under 33 seconds in the event.

Ranked 5th in the world by the UCI, Meares is still out on the track, pushing for that top spot. 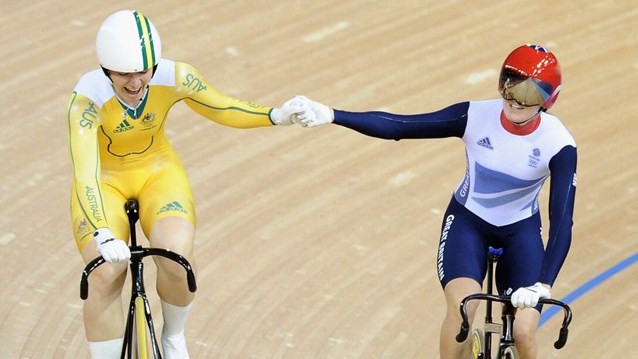