Here’s an illustrated guide to how we put together our renowned hand built wheels. We say ‘we’ but in reality it’s all done by one guy. And that guy’s name is Tony.

And in accordance to The Law of Taking Photos of Wheel Building, the following pics are all in black and white. Feel free to colour them in with your imagination. 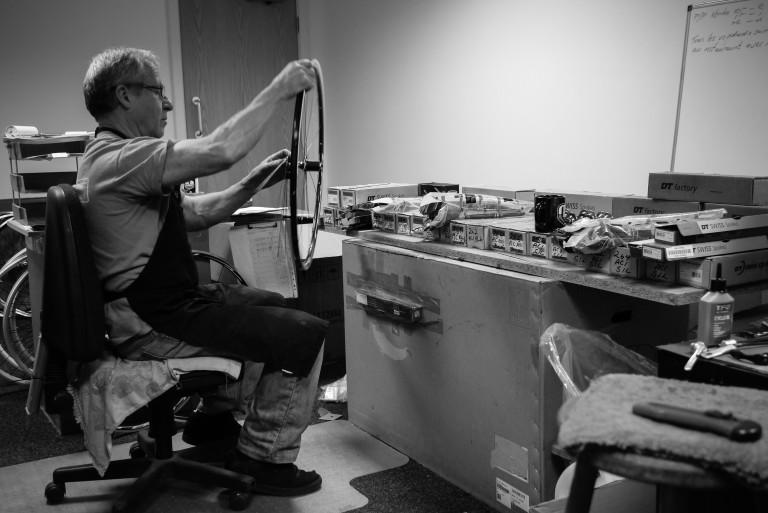 Tony in his element. His workstation is just as hand built as his wheels. That thing that looks like a spirit level taped the ‘desk’ in front of Tony’s knees is a re-purposed spoke box that holds the spokes being used for the current wheel build. Immediately outside of Tony’s room is this warehouse corridor full of rims. 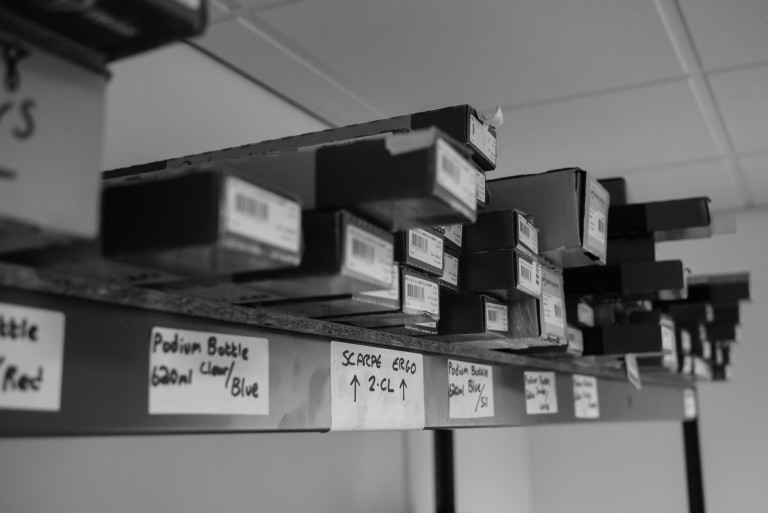 Don’t get confused by the labels. This spoke shelving used to be used for hydration packs and water bottles elsewhere in the building. By far the most popular brand for hubs on our hand built mountain bike wheels. Our fellow Lancastrians Hope know better than anyone else what British bikers need in a hub. Dropping the spokes through the hub flanges. Lacing up the wheel. This particular wheel is for one of our road bike models. 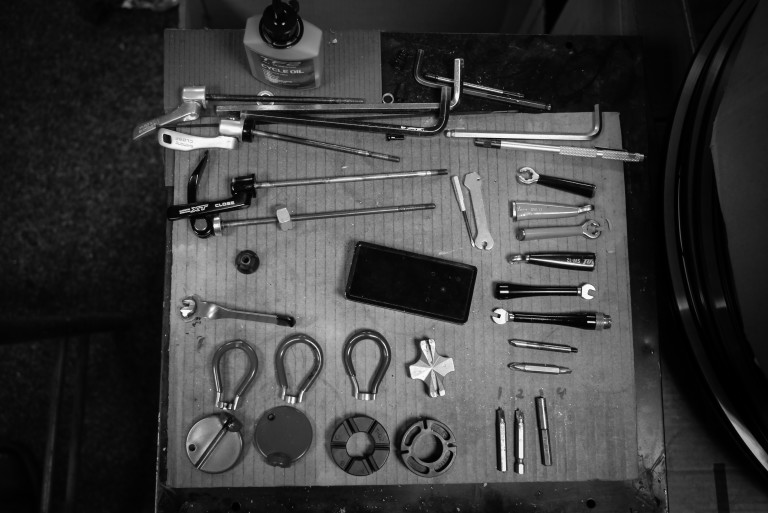 The tools of the trade. Well, some of them anyway. Skewers, nipples drivers, spoke keys. And a drop of oil prevents things from binding. 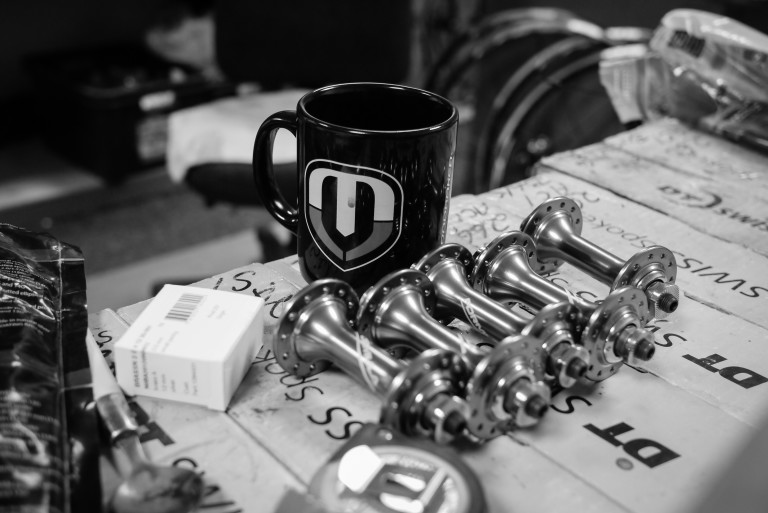 Possibly the most important tool: a cup of tea. Tony can build several wheels in the course of a single brew. 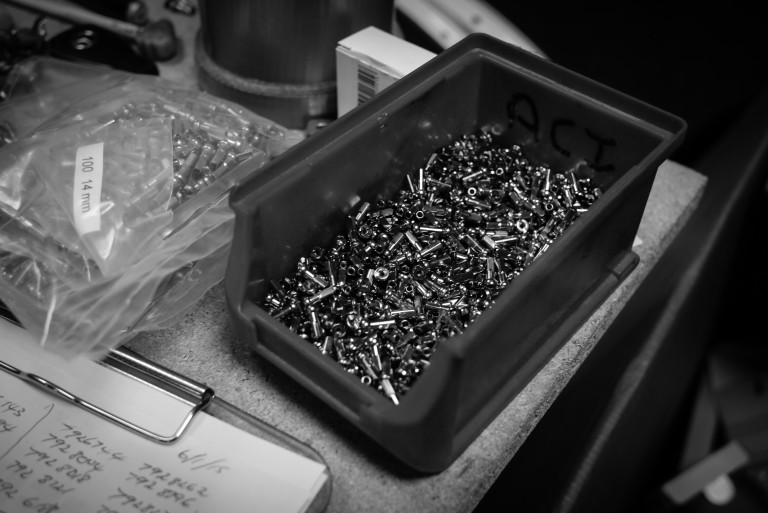 After watching Tony build a wheel it becomes clear that he must actually see through his left hand – he never takes his eyes off where he is on the rim. He can even find his Fruit Pastilles without looking. 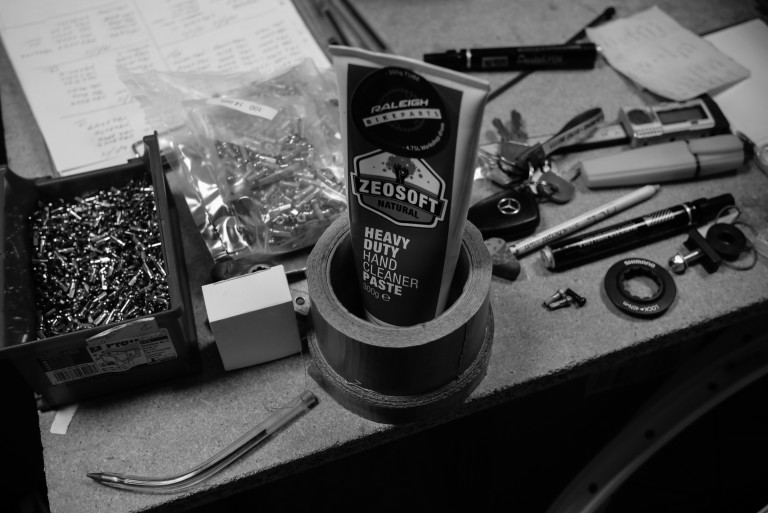 What’s that bent pen all about? 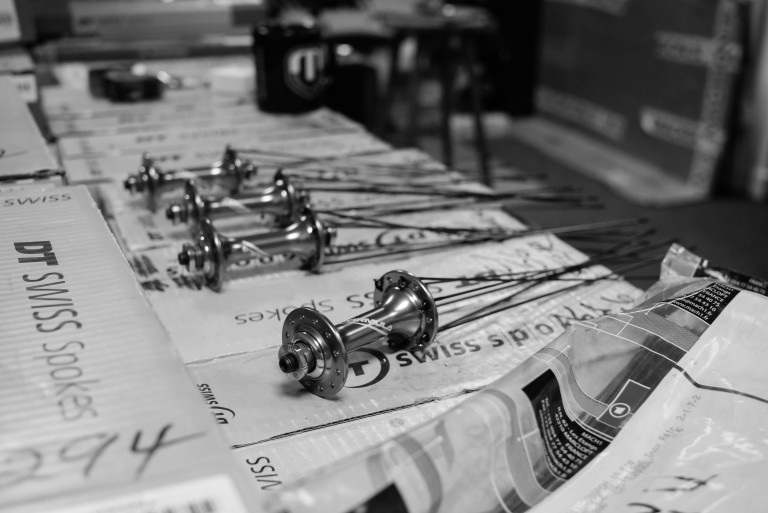 When Tony has a bunch of similar wheels to build he gets a production line going and done one stage of the wheel build a few times before moving on to the next stage. Here Tony is spoking up single sides of five hubs (the fifth one is in his hand in this pic). As well as complete new builds we also do wheel repairs and rim swaps. This rim was totalled in a crash but its hub lives on to ride another day. 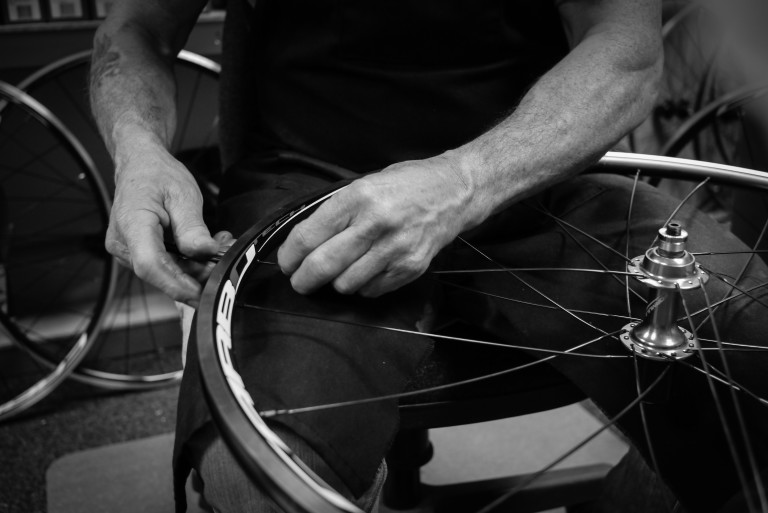 Threading the nipples on to the spokes. The final stage involves a check over of the tolerances. Getting a wheel within 0.1mm of where it needs to be is an impressive feat and it’s one that Tony does each and every time. 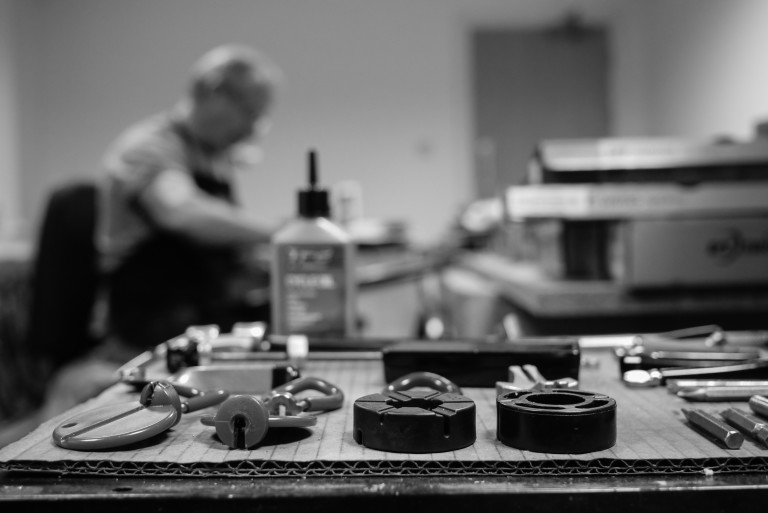 Tony has more spoke keys than he technically really needs (there aren’t that many different types or sizes of nipples) but he just prefers to use a different style of spoke key for different stages in the wheel build. 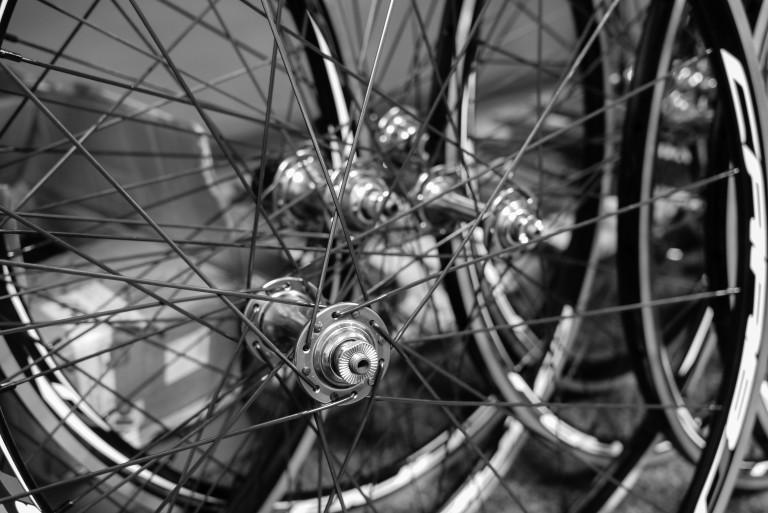 These are a few wheels which are pretty much finished. They’re just waiting to go into the jig for a final calibration check. 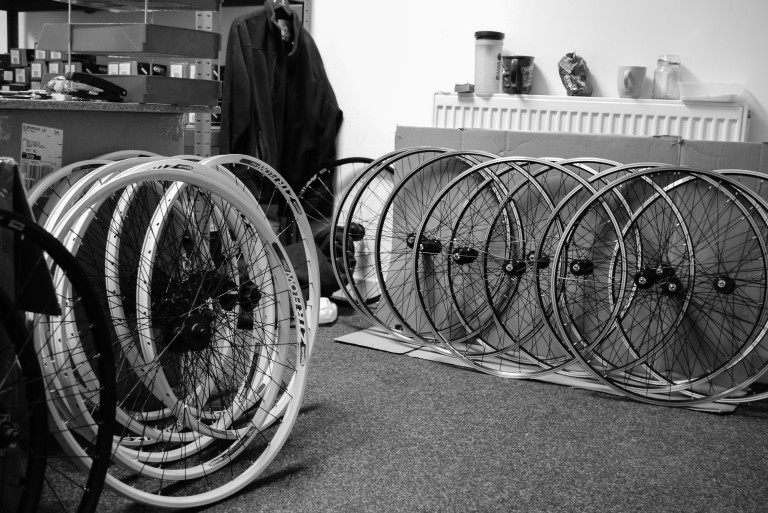 The finished articles. High end mountain bike tubeless wheels on the left. Mid range road wheels for some Merlin bikes on the right. Tea bags on the radiator.

Tony is the ‘wheel deal’ (sorry). A good hand built wheel will ride better and last longer than one spat out by a machine.

If you’re interested in having Tony build you up a nice new wheel then click on over to our Custom Wheels section.