As promised on Tuesday, here is the penultimate edition of the Manufacturers League for the Tour de France 2013. 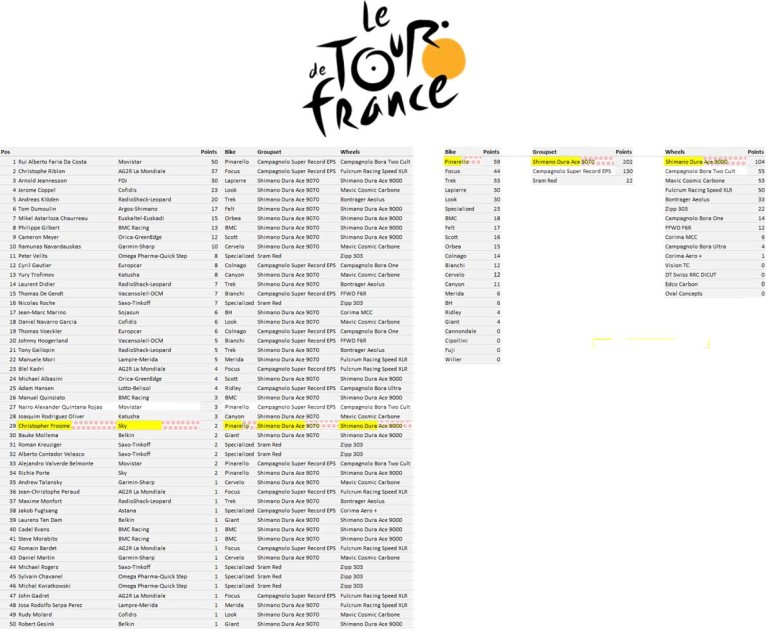 Portugal’s Rui Costa (no, not that one)proved to be the strongest of the breakaway group, which numbered 26 riders, and won alone after launching a solo attack on the last climb going up the Col de Manse. A brilliant bit of tactics, executed perfectly.
Contador had a tumble on a corner, and Froome hit the deck after going on the grass in an effort to avoid Alberto. Both got up and carried on regardless though, which is the main point.

So, after the jerseys seemingly being tattooed to their wearers over the past few days, where do they lie now? 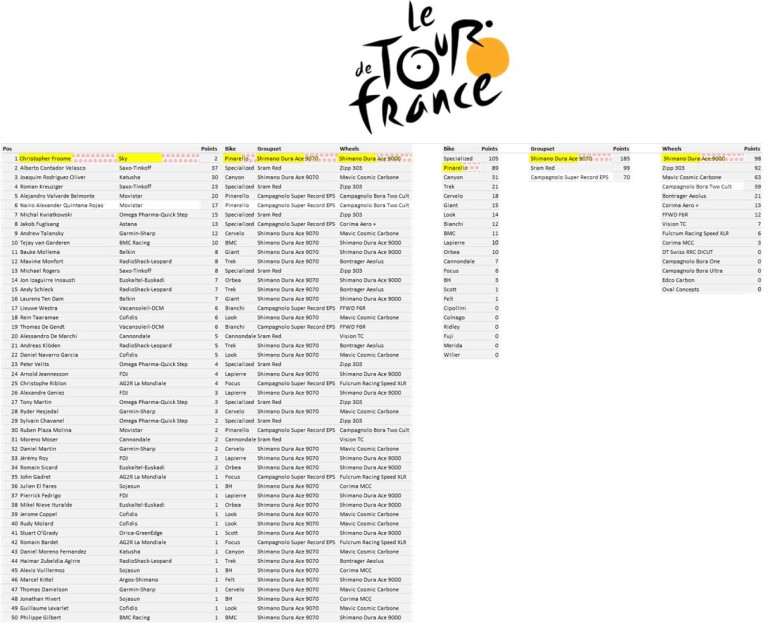 A brilliant performance by Mr Froome took the stage victory on wet roads. Handling and power application were sublime, to extend his overall lead over Mr Contador (who finished second) by a further 9 seconds. 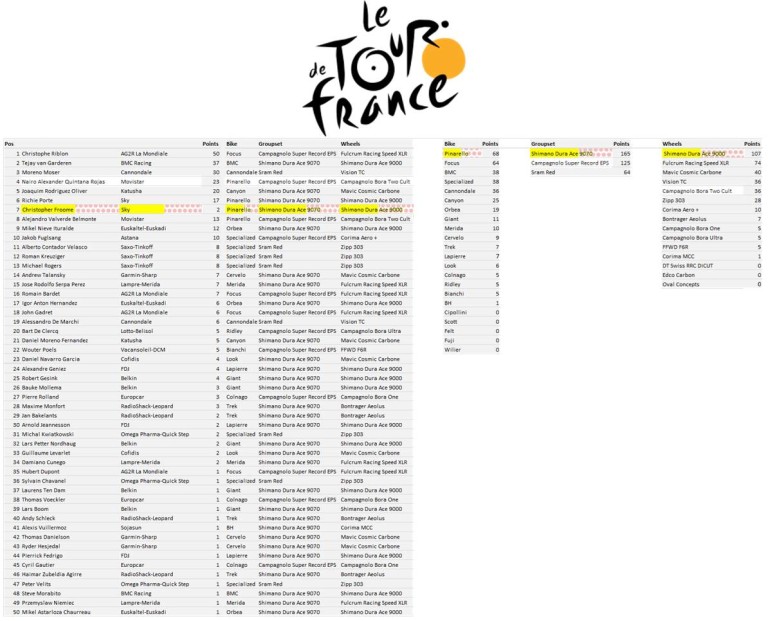 After two and a half weeks, the Tour finally has her first French stage winner of 2013. Congratulations to Christophe Riblon, who after a spirited ride took the stage away from Tejay van Garderen in a tense finish. Well, tense in that Riblon kept checking over his shoulder, but he’d done enough by then to stake the win from a quite spent van Garderen.

Believe it or not, the Jerseys remain as they were! Who’d have thunkit?

So! Going into the final 3 stages of this years Tour, we have a Brit dominating the GC (and mountains too), a Slovakian bossing the Points competition and a Colombian all but nailed on for the White Jersey.

But what about the Manufacturers I hear you ask?

Well, because I’m too good to you, here is the info on the Manufactrers. 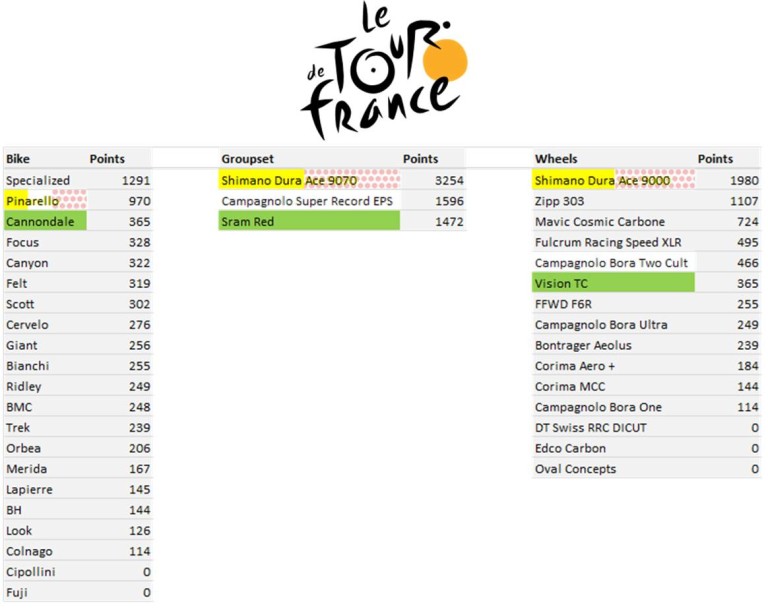 So after 18 stages, we have Specialized heading the two horse race for the Bike Manufacturers Championship, from Pinarello, with Cannondale a distant third.

Again we have Shimano Dura Ace completely commanding the Groupset Championship, but with a much more closely fought battle for 2nd and 3rd than we saw in the classic or the Giro.

Shimano Dura Ace is also in comfortable control of the Wheels Championship, with the Podium places looking fairly settled in that table too.

Stay tuned for the final Manufacturers League update of this years Tour on Monday. Have a great weekend, and get out on your bikes!