It’s back! With a few changes to the format so that it is a bit more informative and less intrusive at the same time.  The daily results will still be made available, and the cumulative Manufacturers League standings will be posted with each update.

The jersey wearers will now also be identified, so we can see which manufacturers are wearing the Yellow, Green, white and Polka Dot jerseys at each stage.

As Le Tour is the most prestigious event on the cycling calendar, I decided to expand the daily leaderboard from 30 riders to the top 50. I think this will be more representative now, without diluting the achievement of making the leaderboard. 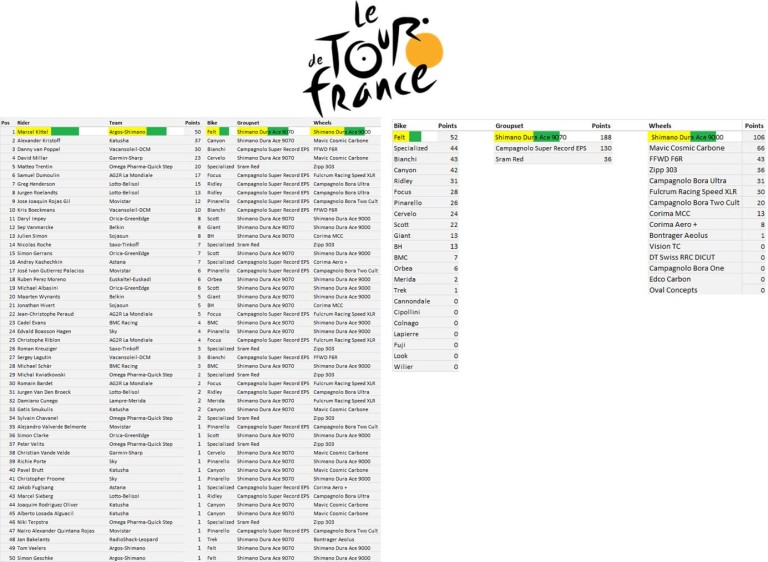 Well that’s the new format – the top 50 riders and the manufacturers tables combined, so the blog post is a little less ‘ten-miles-long’.  Click ont he image to get the full table, you can zoom in a bit if you haven’t been blessed with the eyes of bald eagle.

Marcel Kittel won his first Tour de France stage in Bastia, after a complicated and pretty chaotic finish. Last minute changes to the location of the finish coupled with a huge crash helped create a very difficult first closing stage.

Unfortunately for Marcel, the stage will probably most be most remembered for the Orica-Greenedge team coach getting stuck at the finish line. Oh well, these things are sent to test us! 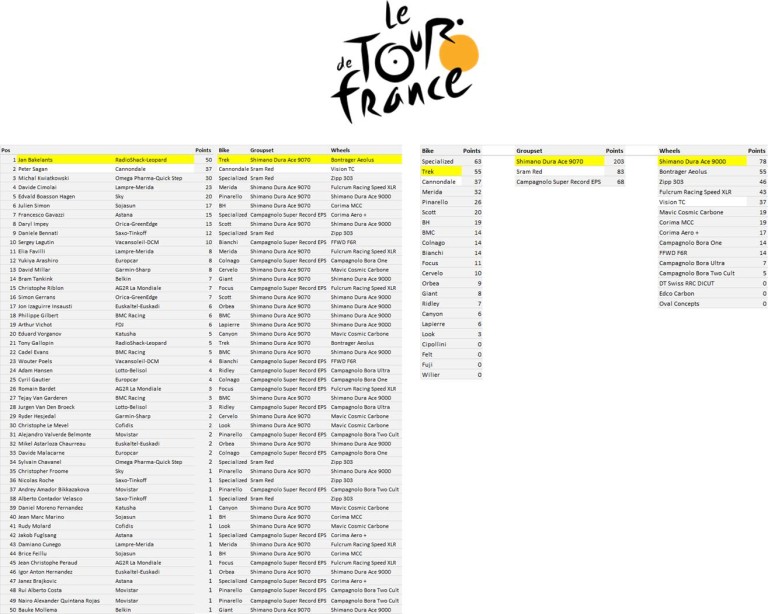 Stage 2 saw a win for RadioShack-Leopard rider Jan Bakelants, who also took the Maillot Jaune from Marcel Kittel by just a second. 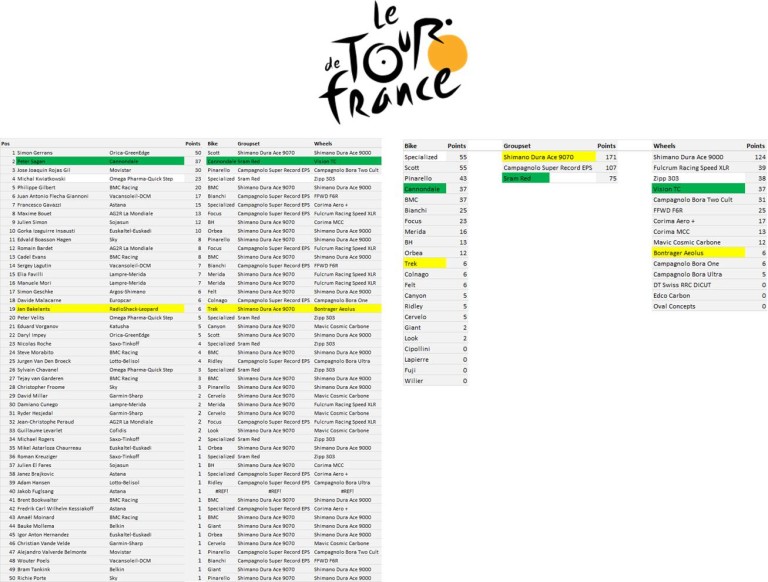 Team Orica-Greenedge battered Cavendish’s OmegaPharma-QuickStep team by a whole second in the 25km team time trial. Anyone would think it was close! Team Sky were way off the pace back in third, a full 3 seconds behind – largely down tot he fact that Geraint Thomas has a fractured Pelvis…. nice.

So an excruciatingly close Team Time Trial see little change at the top, except Simon Gerrans (Stage 3 winner) now takes the Maillot Jaune from Bakelants. Sagan retains Green (not going to give that up easily), KwiatKowski hlds on to White and as there were no climbs, Rolland keeps the Polka Dots. 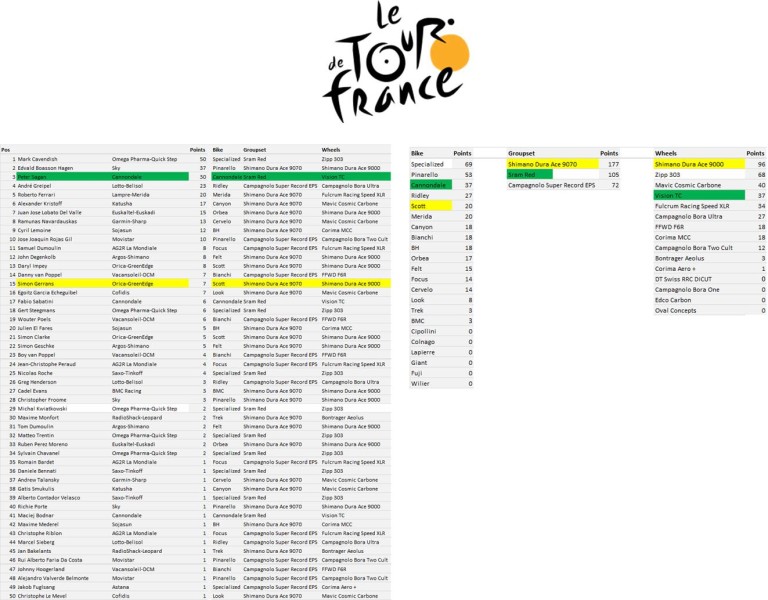 Stage 5 brings the first win of this Tour for prolific sprinter, Mr Mark Cavendish. His 24th total stage win in the Tour – Bravo.

Overall, Gerrans keeps Yellow for another stage, Sagan keeps Green, Kwiatkowski keeps White and Rolland keeps the Polka Dots. For the manufacturers it is entirley as you were on Stage 4.

So there we have it – the first five stages of the 2013 Tour de France Manufacturers League updates. Here is the current leaderboard: 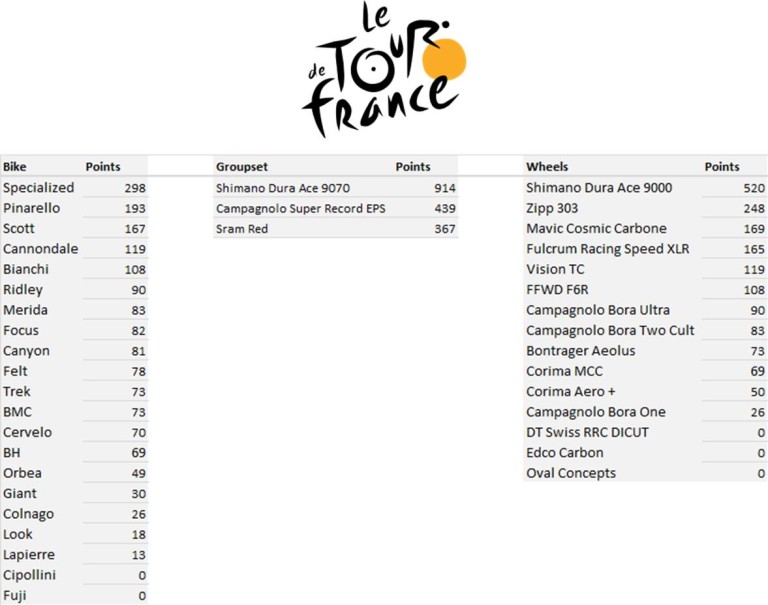 Already a hugely strong showing from Shimano in both the Groupset and Wheel categories, but by no means the cakewalk we have seen previously in the Giro d’Italia! The same can be said for the Bike category, with the top three battling out a fairly close encounter but the rest not far behind either.

Everything is nicely set up for a nice close Manufacturers League! Stay tuned!