The Tour de Suisse (14-22 June 2014) is the last major stage race before the Tour de France and attracts star riders wanting a last minute test of form before the big one.

The nine day race includes two individual time trials and a number of tough days in the many mountainous regions of Switzerland which always produces a worthy overall winner.

The biggest name taking part this year is our very own Sir Bradley Wiggins (Sky) who after winning the Tour of California last month must be the favourite for the race. 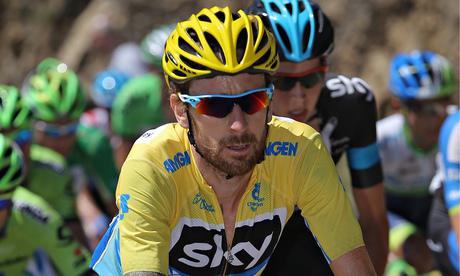 Can Wiggins repeat his recent Tour of California win?

The reason this historic race, first run in 1933, has taken on so much significance this year is that Wiggins is riding and the outcome could determine whether he gets a ride in the Tour de France seemingly against the odds.

Wiggo has already said that as it stands he will not be riding the Tour this year and that the decision has already been made by the team. This has created a public outcry with many believing Wiggo should be on the start line especially as it’s a ‘home’ start in the UK.

He proved he has form by winning the Tour of California last month but is under no illusions that a berth in the Tour team would be as a super domestique supporting role for defending champion Chris Froome. Amid all this, team boss Sir Dave Brailsford has since said that the team has not been finalised and will only be so after a meeting following the Tour de Suisse.

If Wiggo wins the Tour de Suisse but doesn’t get a Tour place, will that affect his decision to stay with Sky as he’s out of contract at the end of this year? With all this as a backdrop, we’ll be keeping a closer eye than usual on the 2014 Tour de Suisse and its outcome! 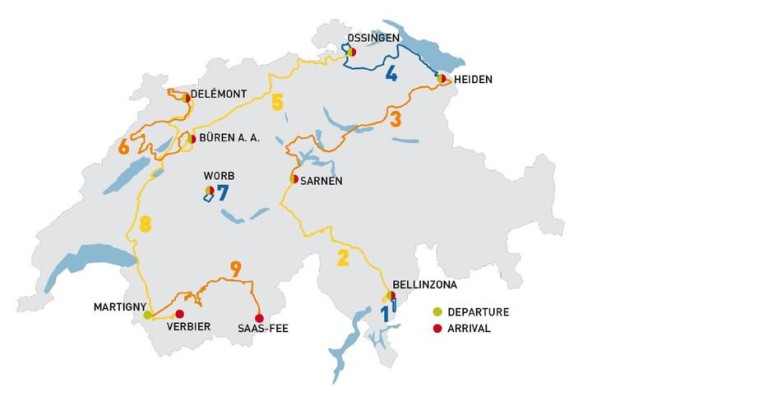 The nine day race starts on Sunday 14th June with a 9.4km technical time trial with a gradual climb and descent just after the halfway mark which should help shape the race early on.

Stage 2 looks a beast with two HC (the steepest categorisation for a climb) mountain passes where the potential winners will have to show their cards. Stage 3 is again mountainous but not as bad while 4 and 5 are more rolling.

Stage 6 sees the riders tackling one category 1 climb early on then a rolling stage so look out for escapees on this one.

The stage 7 24.7km individual time trial looks relatively simple and with no big climb should allow the strong TT riders to take some time back on the climbers.

Stage 8 is the longest of the race and sees the riders back in the mountains with an HC climb mountain top finish at Verbier which will allow climbers the chance to get their revenge.

Stage 9 is no final day procession for the overall leader though as the riders once again finish on a HC climb mountain top finish at Saas-Fee.