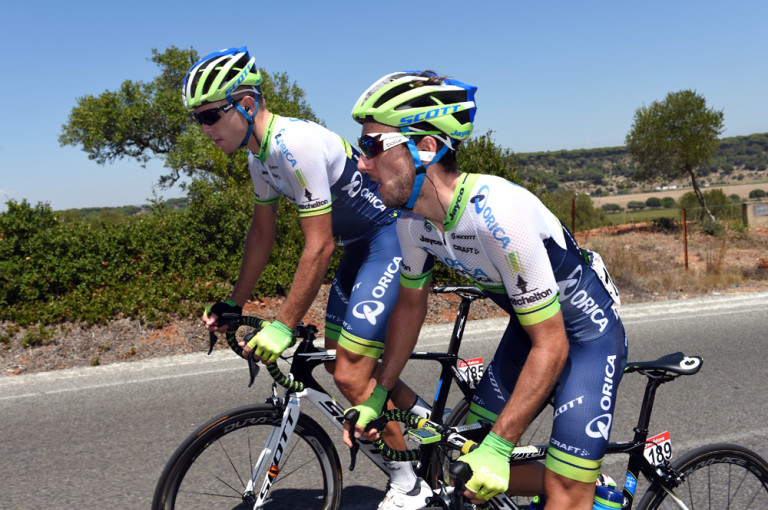 It was so good to see young Brit Adam Yates (Orica-GreenEdge) driving on the front of the bunch today near the end of the stage. He’s really been getting stuck in and hasn’t seem too fazed or out of his depth in his first ever grand tour.

The fact he could contribute towards the end if the stage shows he’s in great shape and hopefully will go all the way to the finish on Sunday. He has been active on the hilly stages and has been in the front group on several days.

This guy, along with his twin brother Simon who also rides for Orica, is a real talent and we can’t wait to see how they both develop as they are only 22 years old and in their first season in the top ranks. 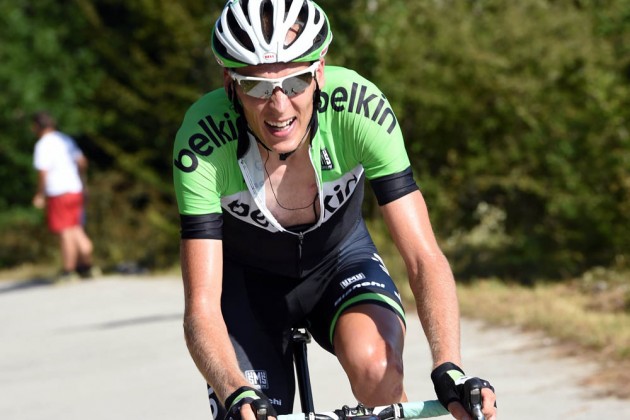 Robert Gesink on the attack earlier in the race

When all is said and done, the Vuelta is just a bike race. That is not a derogatory statement about this race and could be said about any race when a loved one is ill.

Seventh place overall and Belkin’s team leader Robert Gesink left the Vuelta today to go home to his pregnant wife who has been ill for the past week.

While it’s stressful on the race and must be so easy to slip into only concentrating on the race that you forget about life outside of the race bubble, it’s things like this that remind us that at the end of the day it is just a bike race. We hope all’s well with Mrs Gesink and the imminent arrival. 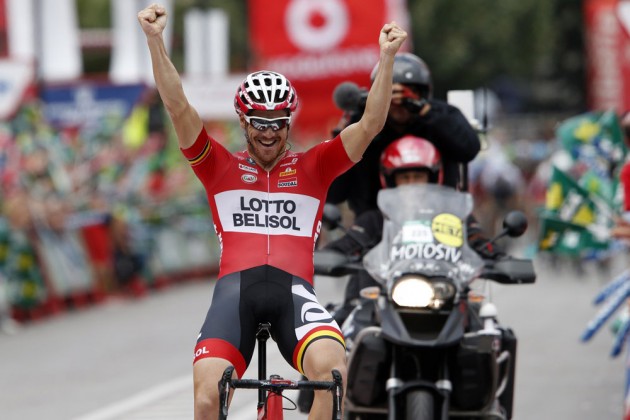 Adam Hansen (Lotto-Belisol) is a legend. The 2014 race is his fourth consecutive Tour of Spain and his 10th, that’s right 10th, grand tour in succession.

Not only has he ridden all the three week grand tours (Italy, France and Spain) for three years running but he has also finished every one of them. He is a tireless team worker but a canny rider who can read a race and when the time is right has the strength to go do for it.

Just like his stage victory in the 2013 Tour of Italy, he broke away on his own catching others and the bunch napping to take the win. And he also makes his own carbon shoes which are a one piece aero affair; how the likeable Aussie finds the time we don’t know! 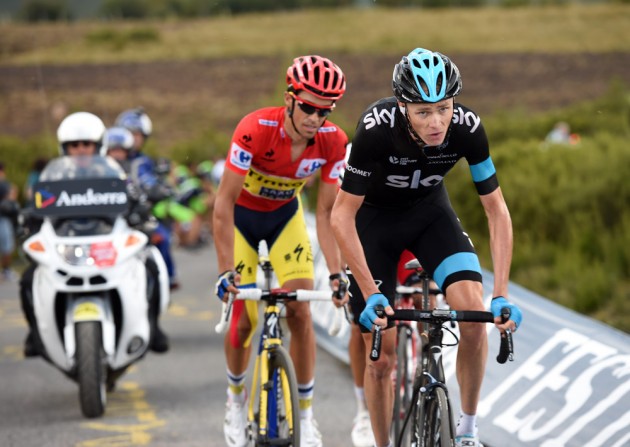 When Chris Froome (Sky) and Alberto Contador (Tinkoff-Saxo) both crashed out of the Tour de France with broken bones we thought it would be too much for them to come back to racing at the Vuelta never mind be competitive at it.

It was a shock when they announced they would be riding and both were playing down their chances. What a spectacle they provided. With Nairo Quintana (Movistar) crashing out it left a two horse race between Froome and Contador and boy did they attack each other.

Both were unsure of their form so this left us guessing right to the final kilometres of the final climb on the penultimate day of the race as to whether one would falter or not. In the end Contador was stronger but Froome brought the race to him gave us one of the most exciting grand tours in recent history with suspense to the end.

Unfortunately tomorrow’s final stage time trial is too short to cause any major upsets so failing accidents (that is saying a lot this year though) Contator should win his third Vuelta.

The rain in Spain 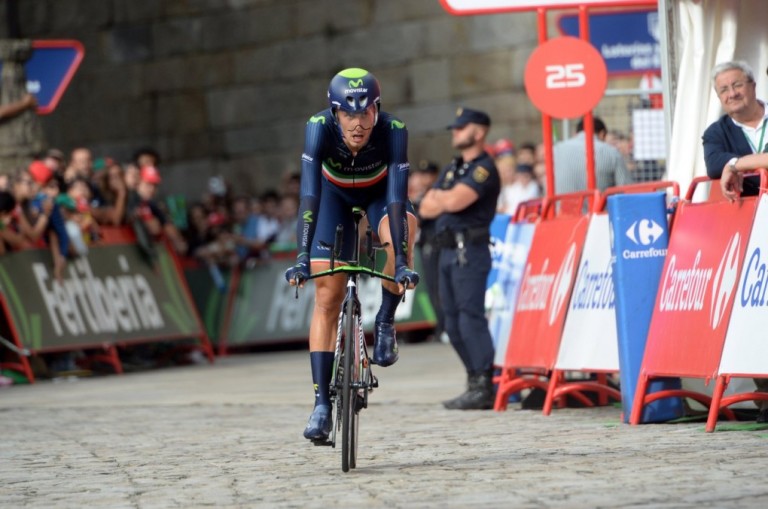 Adriano Malori finishes in the dry

Today’s time trial stage looked to be a formality for the time trialists and at 9.7km looked to be too short to have any impact on the final GC standings. That was until a rainstorm hit the course turning the final cobbled section into an ice rink.

The final few corners were like glass and the organisers quickly and wisely made the decision to move the finish line 50m further back to before the cobbles. Riders still had to cross them but at least they didn’t have to risk it on final cobbled corner.

This left the favourites with a tough decision; push hard and risk crashing or take it easy in the hope everyone else was. In the end Froome took a few seconds back on Contador but the biggest winner on the day was Italian time trial champion Adriano Malori (Movistar) who finished fastest before the deluge deprived the big guns of showing their talent.

It was ironic that it should rain today on this short technical course as overall this year’s race has had incredible weather bar a few wet days.