So the Vuelta rolls on, and so does the Manufacturers League! 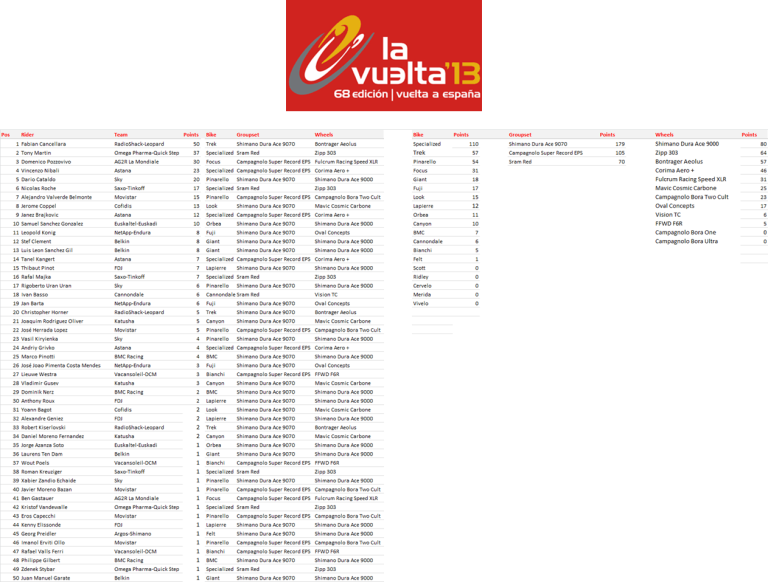 An impressive win for Fabian Cancellara – Looking like a contender for his 5th World Title in the ITT in Florence?

After an equally impressive 4th place in the ITT, hot favourite Vincenzo Nibali takes the Red Jersey – Will he surrender it before the finish?! 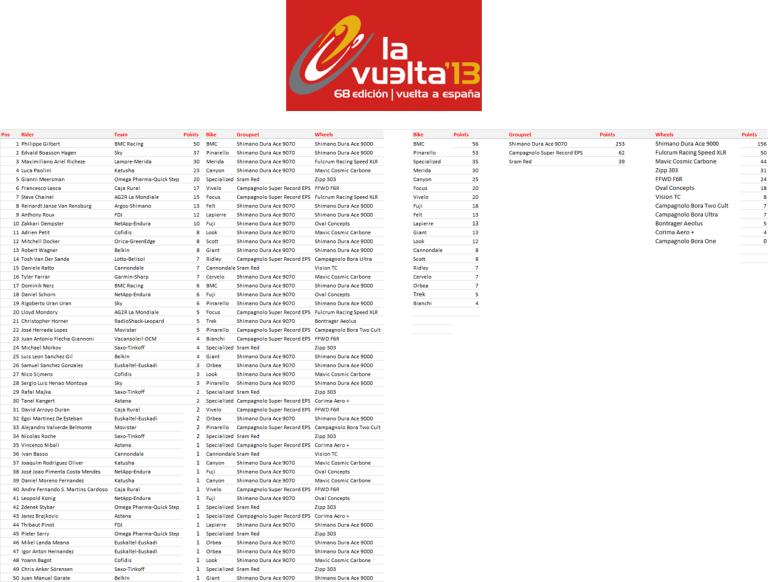 Philippe Gilbert takes his first victory of the season in a huge bunch sprint finish, with the first 45 riders sharing the winning time. Nibalia retains his lead over Nicholas Roche in the General Classification. 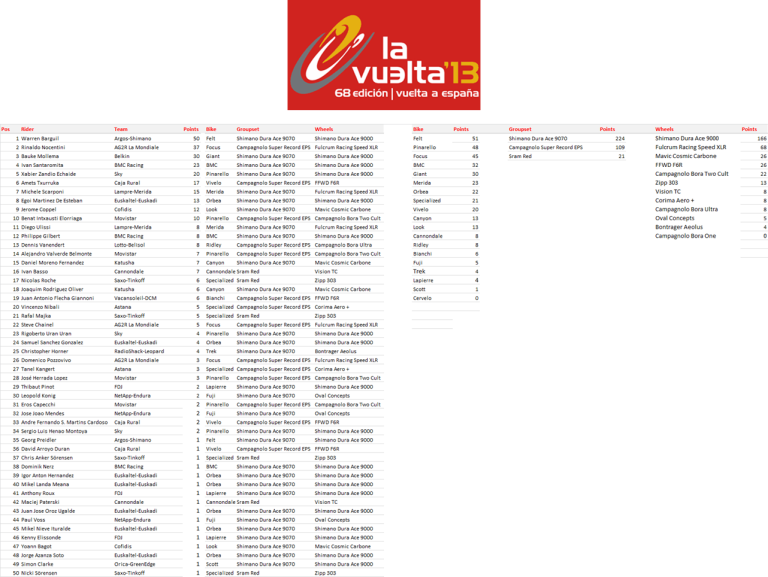 Two DNS and five DNF means that there are now 176 riders left in the Vuelta.

Nibali extended his lead to 31 seconds. 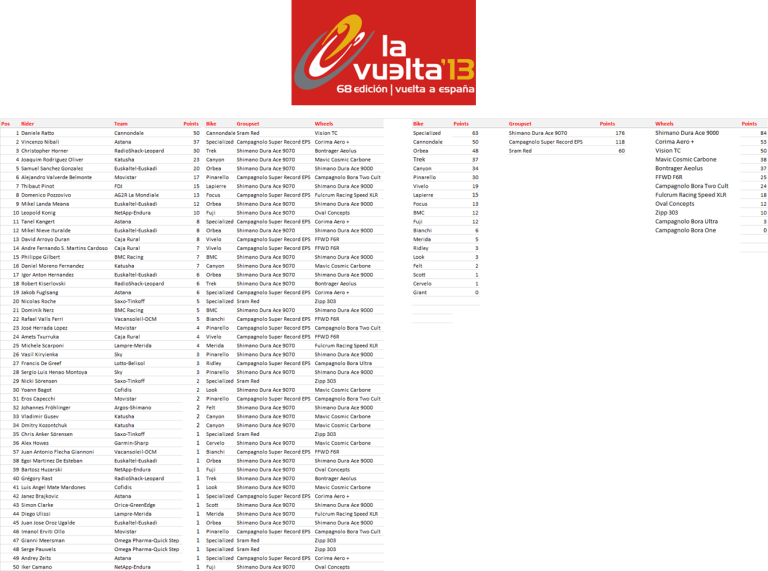 Daniele Ratto took the stage win here, his first in a Grand Tour, after setting out on his own with 45km to go. A heroic solo effort culminated in him crossing the line a full 3 minutes and 53 seconds ahead of second placed Nibali. 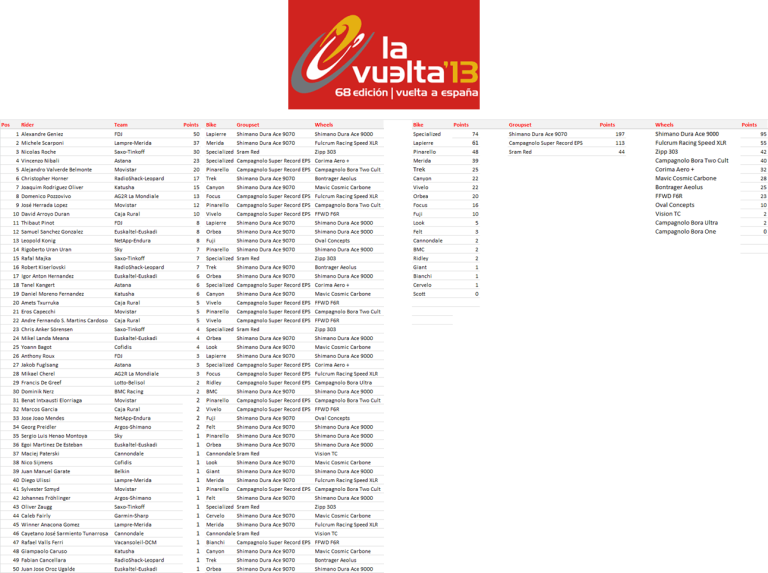 Geniez was able to cruise over the finish line after a hugely impressive romp through the mountains on his own, with second placed Michele Scarponi finishing 3 minutes and three seconds later.

After the Queen stage of this year’s Vuelta, we now have 150 riders remaining. Nibali heads the GC, still by 50 seconds.

So how are the Manufacturers Tables looking?

After 15 stages this is how they are piling up: 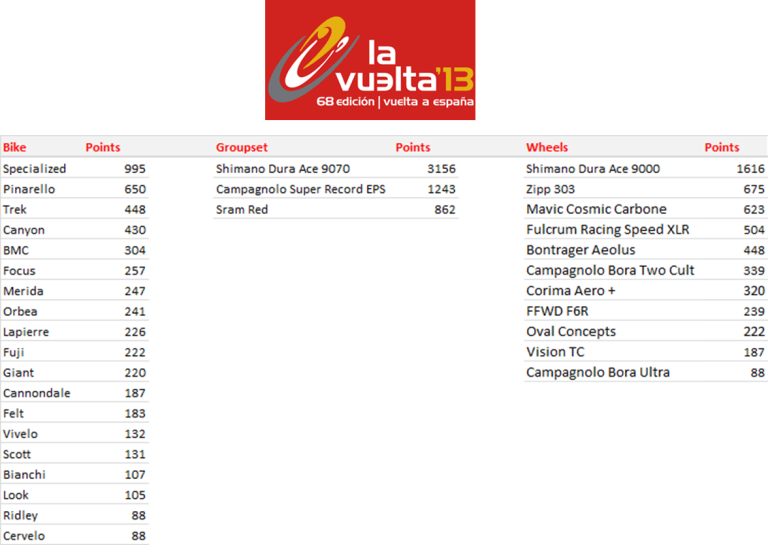 Specialized have a somewhat unassailable lead over Pinarello in the bikes League, Trek and Canyon continue to battle it out for third place.

Shimano continue to impress their dominance on the Groupset and Wheel categories, with Campagnolo and SRAM a long way behind in the Groupset league and Zipp and Mavic a distant second and third in the wheels.