Thursday September 4th was this year’s Cycle to Work day and to keep in the spirit of things we tried it, well I did.

I work several days per week at an office 30 miles away [Patrick works down in Surrey, not at Merlin’s HQ in Chorley] and have always thought it too far to ride there and back with a day’s work in between.

I’ve always been meaning to ride in so this seemed like as good a time as any so to make it easier I used my good bike (this is an old post and the linked content no longer exists) and with a little planning it actually turned out easier than previously thought.

Using the good bike meant no mudguards or pannier rack so I had to go light. Earlier in the week I had left clothing, towel and toiletries in the office meaning all that was left to carry was the socks and jocks that I forgot as well as the normal bike tools.

I had thought about using my Camelbak to carry the aforementioned but realised there was no need for it. Wrapping up small items of clothing in a re-sealable plastic bags meant they could go in the jersey back pocket and still leave room for the usual stuff.

Country lanes instead of motorways

Allowing two hours for the journey seemed generous even with a fairly steep climb on the way and allowing for traffic lights. What didn’t go down to well to start with was the 6.00am leaving the house as it was still darkish, I had lights though, but once out was soon woken up by the crisp fresh air.

The normal commute in the car involves a stretch on the always busy M25 motorway and triple lane A3, so the bike route was a refreshing change into the quiet at this time of day Surrey countryside. 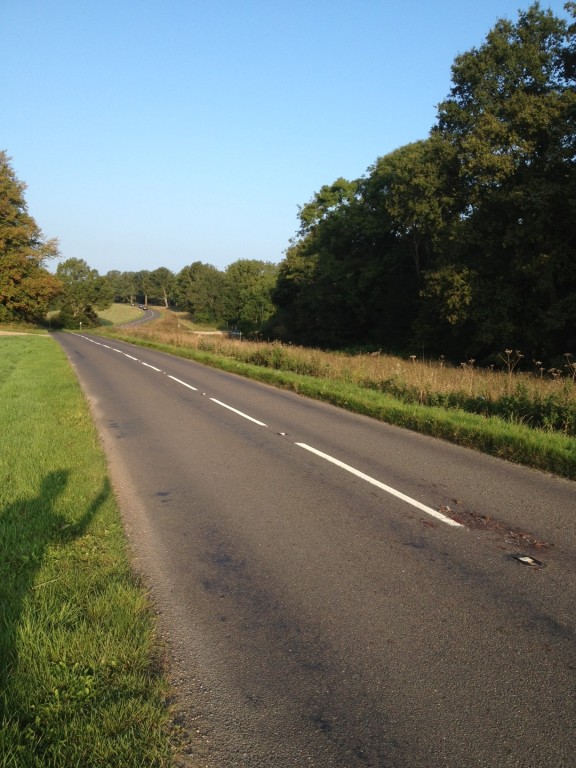 It’s amazing what you miss in the car. At this time of the morning the roads were really quiet and the few drivers that were out were surprisingly considerate. There were a few other cyclists out, all with panniers, who nodded a greeting as did early morning runners.

The climb of Ranmore is never pleasant but the early morning views more than made up for it. The Surrey countryside spread out below looked serene and the view on the road at the top of the common made me forget I was on a commute. 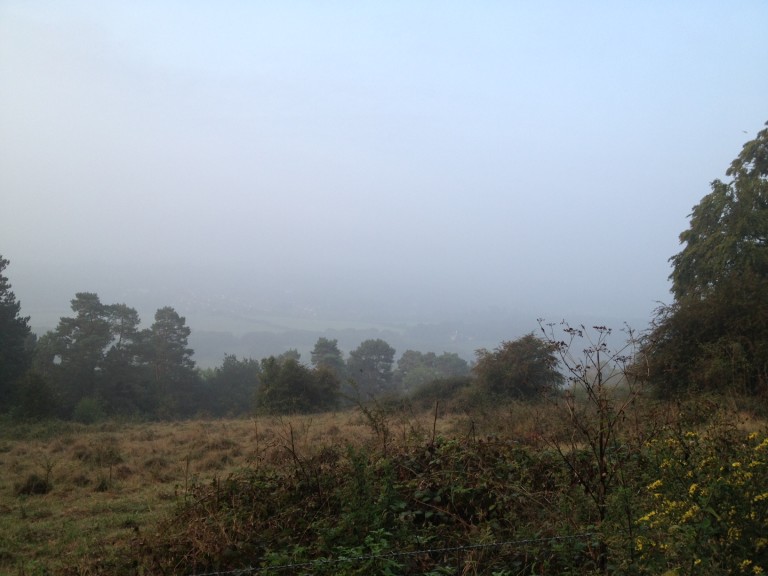 Even on a misty morning Ranmore is still beautiful

Heading into Guildford the traffic builds up but again drivers are way more considerate than I imagined. Once on the outskirts of the city the bikes lanes begin and it’s amazing how these simple white lines give you a confidence boost.

I’m very lucky that the office is very well catered for cyclists with secure bike parking, showers, drying room and lockers so work started at 8.30am as usual and I was way more awake than normally arriving by car. The dreaded afternoon energy slump never appeared and I was way more alert all day. 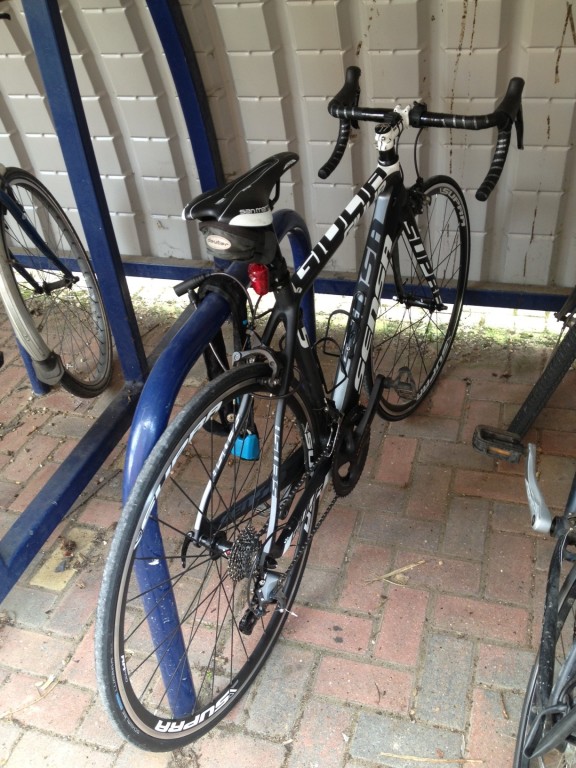 The fastest bike in the work bike shed

The ride home was a simple reverse of the morning route and was nice to get back into the countryside after busy evening rush hour traffic but again everyone was way more considerate than I thought.

It was only with about five miles left to go and the last big hill that the day caught up with me so I eased off and coasted home. It was great to come home and sit down knowing that training was done for the day and I had the whole evening ahead to relax, usually it’s out of the car into kit and rush to get some miles in before dark.

Once you try it you’ll do it again

I’ll definitely carry on doing the ride at least once a week or start and end of week as it’s a great way to get the miles in without thinking about it and much more refreshing than sitting in traffic on the M25.

Once I’d done it I couldn’t believe how easy it was with a bit of planning so thanks for the push Cycle to Work Day!

If you haven’t tried riding in to work yet we’d encourage you to do so, try it once at least. You never know, you might even like it!