Cav is still the fastest sprinter in the world. 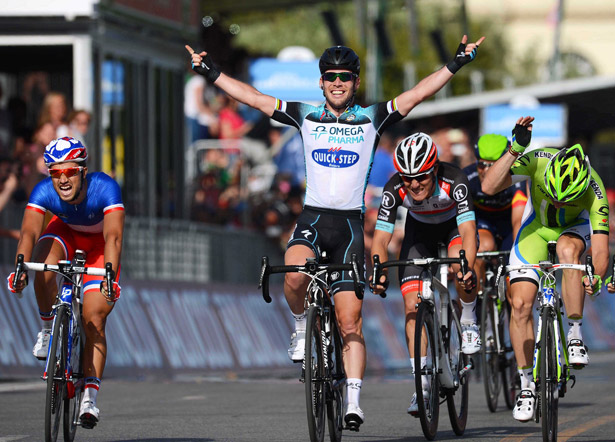 Hard shell helmets seem to have gone back 20 years aesthetically. 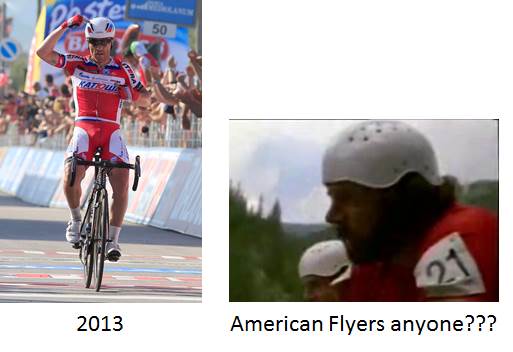 Stage winner Luca Paolini points to his lid which is considered state of the art in aero terms for modern road helmets but we can’t help but thinking it looks like one from 20 years ago! 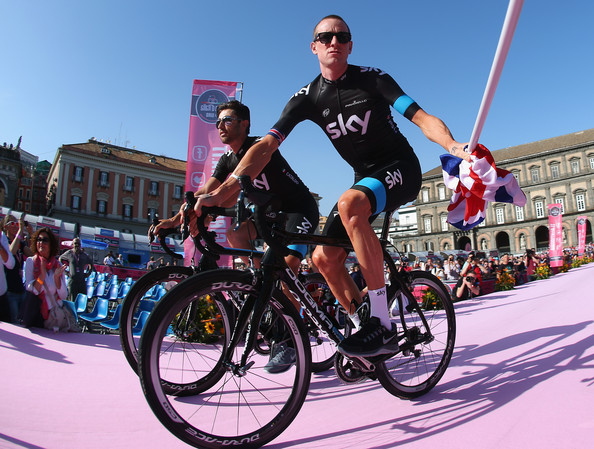 (In flat stages of Grand Tours there is a rule that in the event that a rider or riders suffer a fall, puncture or mechanical incident in the last 3 kilometres of a stage and such an incident is duly recognised, the rider or riders involved are credited with the same finishing time of the rider or riders they were with at the time of the incident.) Wiggins thought he was inside the 3km to go mark so didn’t mind not crossing the line with the lead group after being held up by a crash. Oops…

Rain + corner + paint on the road can catch out even the best bike handlers in the world.

Massive crash near the finish of the stage holds up virtually the entire peloton.