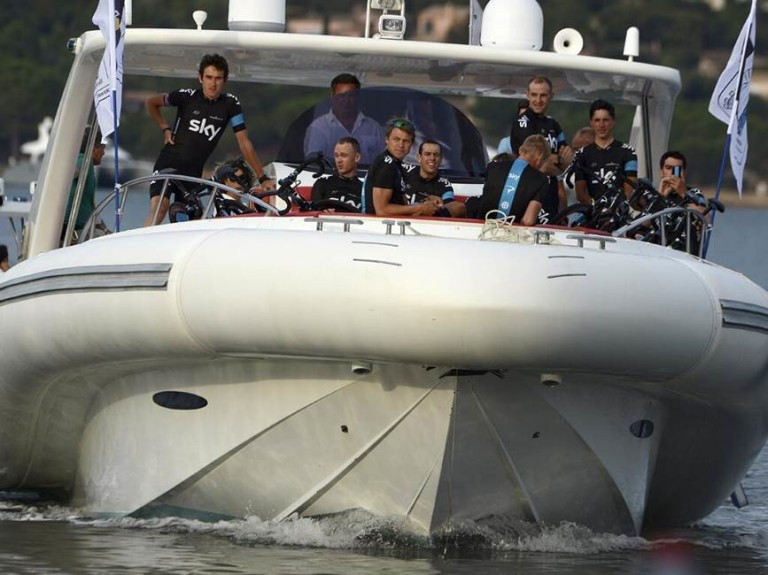 What a way to arrive at a team presentation.  Apart from a few club mates arriving late after hitching a ride on a fishing trawler to the Isle of Man Cycling Week about 30 years ago, I can’t remember any other cycling teams arriving by boat to a presentation before a bike race.

How many Twitter followers can you get in one day? 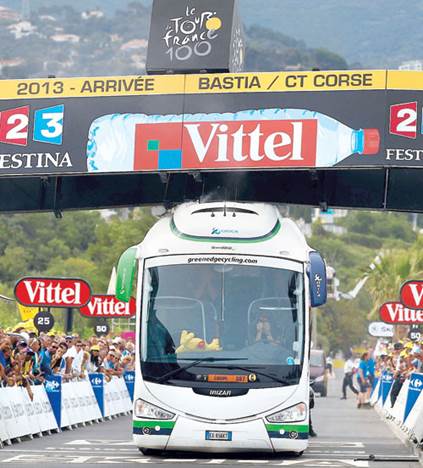 After the Orica-Greenedge Bus fiasco at the finish of the first stage, twitter came alive with spoof accounts of the ‘Orica Bus Driver’. Several hours later a few of these accounts had several thousand followers as people tuned in to the banter.

We know people who have tried for years to get as many twitter followers and have failed miserably, the lesson we suppose is be lighthearted?

Keep your dog on a lead if you come to watch the Tour. 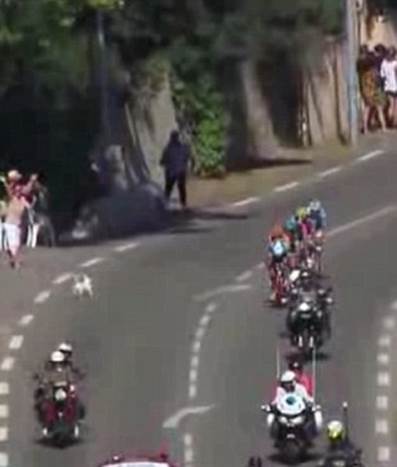 What is it with people coming out to watch the Tour with their dog not on a lead? Today the peloton were very lucky when a dog ran out between the break and a fast approaching bunch but it ran away just in time. Thankfully such incidents are rare but when they do cause crashes they tend to be spectacular and the animals always seem to come out better than the riders who hit them.

Age is just a number. 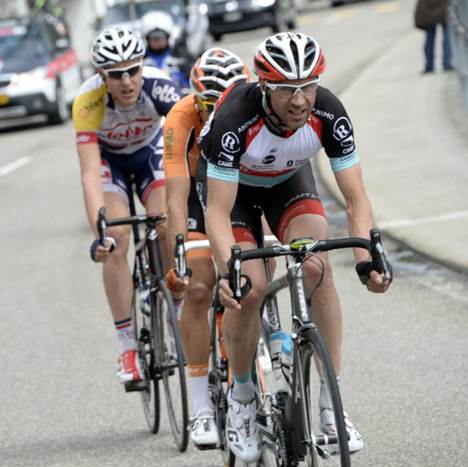 If you saw the RadioShack Leopard Team at the front of the bunch today working to protect race leader Jan Bakelants’ yellow jersey, then you will have seen the figure of Jens Voigt driving the bunch along for them. Jens is a legend for a number of reasons, his catchphrase “Shut up legs” being one of them, but what is more remarkable is that the guy is 41 years old and shows no sign of slowing down.

A few riders started today’s Team Time Trial stage with pretty severe injuries. Geraint Thomas MBE (Team Sky) has a fracture to his pelvis from his stage one crash but still did some big turns to help the team and only got tailed off with just over one kilometre to go. Ted King (Cannondale) started with a separated shoulder and got tailed off pretty quickly. Despite this he still managed to ride over 28mph on his own unfortunately but finished outside the time limit and was eliminated from the race. Pretty harsh decision we say as it was by a paltry seven seconds. 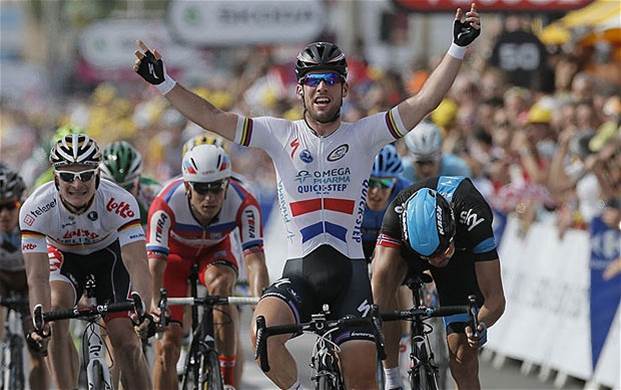 Wasn’t it good to see the British National Road Race Champion’s jersey proudly worn by Mark Cavendish as he won his first stage in this year’s Tour today! He’s only 10 stages behind the all time record of 34 held by Eddy Merckx.