Cycling does reward the determined. 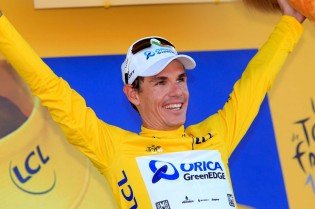 Daryl Impey became the first South African ever to wear the yellow jersey in the Tour today three years after being left teamless and having to ride for a third division team and making his way back to the Pro Tour squad Orica-GreenEdge.

Cannondale get the dates for the Team Time Trial mixed up. 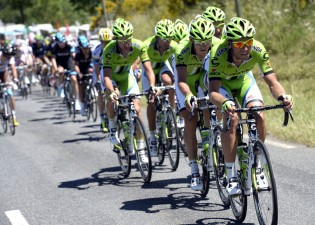 Cannondale did the perfect lead out job today to set Peter Sagan up for the stage win. They effectively rode a team time trial for more than the last 100kms of the stage to get rid of all the other sprinters. If they’d ridden this well on the team time trial stage on stage 4 they might have won it!

Cometh the hour cometh the man. 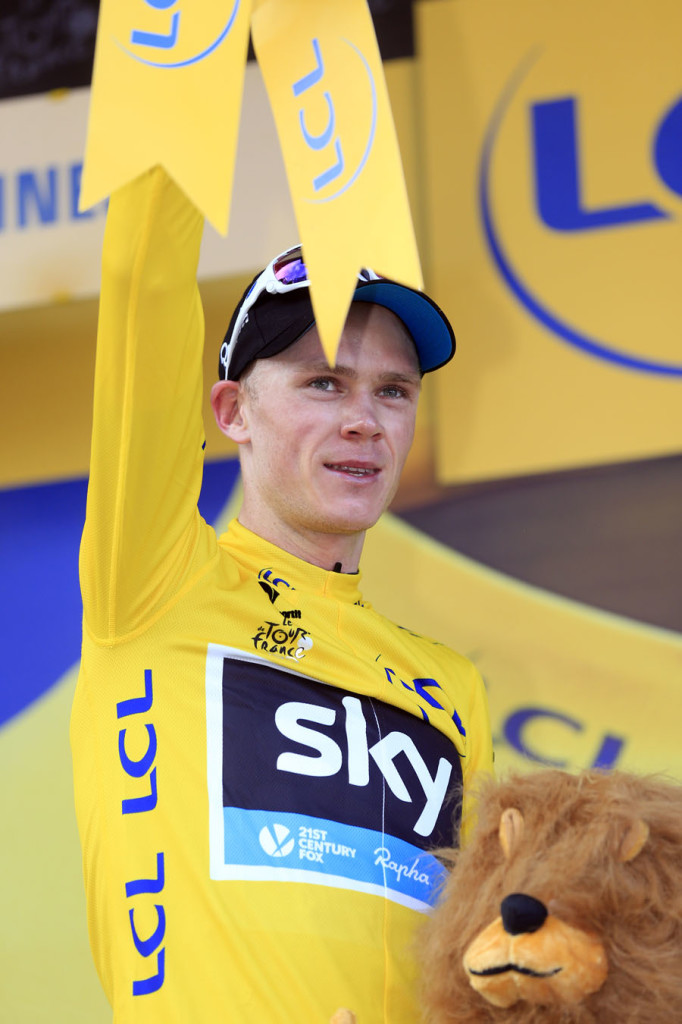 Chris Froome did what everyone expected today and took over the race lead on the first day in the high mountains. Even though everyone knew this was the game plan and the move was bound to come, he still delivered a knockout blow to all his challengers by comfortably taking the stage and the yellow jersey. (Nice big picture there, Patrick! CN)

Keeping it in the family. 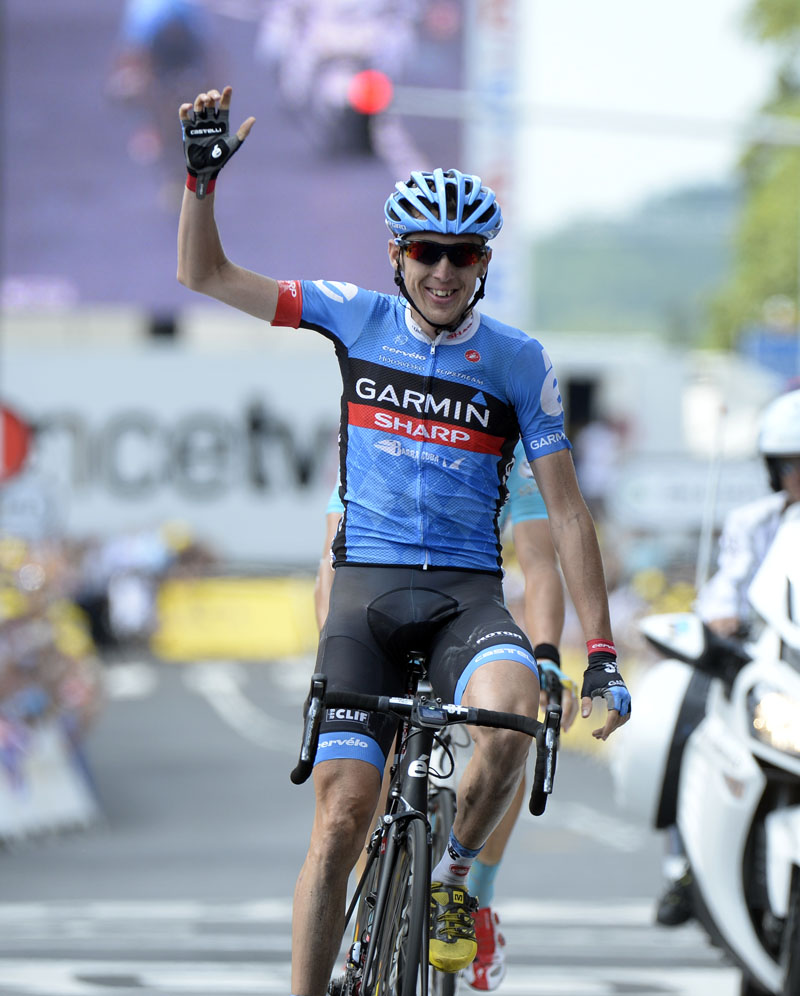 Garmin – Sharp’s Dan Martin became the first Irishman to win a Tour stage since 1992. Who was the last? Only his uncle and 1987 Tour winner Stephen Roche. All we need now is for Stephen’s son Nicolas, riding for the Saxo-Tinkoff Bank team in this year’s event, to win a stage to avoid any one-upmanship at family get-togethers.

Get some washing done. 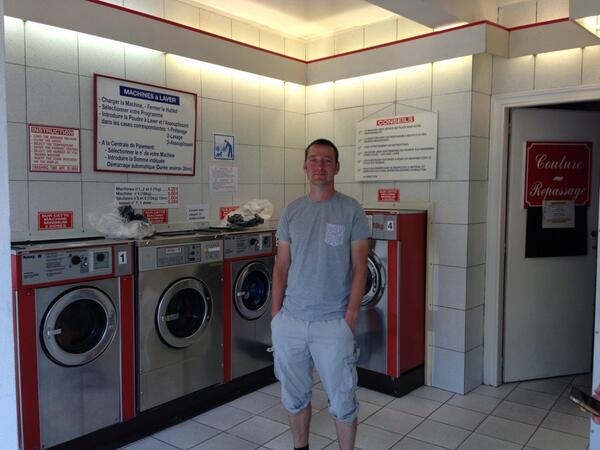 ITV’s Ned Boulting showing how he relaxes on the Tour’s rest day.

Rest days on the Tour often just mean a break from racing for everyone involved. Riders still go out on their bikes, mechanics are still busy sorting bikes and team personnel are still busy looking after riders and logistics. Journalists following the race often have to drive for many hours on rest days as they don’t normally fly between transition stages and this leaves them little time to catch up on normal chores, mainly getting their clothes washing done.

Rubbing shoulders at max speed is never a good idea. 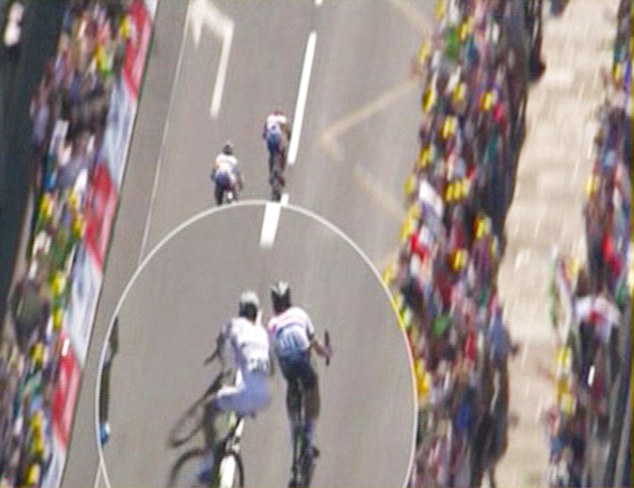 When Mark Cavendish and Argos Shimano’s Tom Veelers rubbed shoulders in the final few hundred metres of today’s stage, we were just waiting to see who would come off worst. Turns out that Veelers took the tumble and Cavendish went on to finish third on the stage. It was judged neither rider was at fault and no one was penalised although Veelers did lose some skin when he hit the deck. 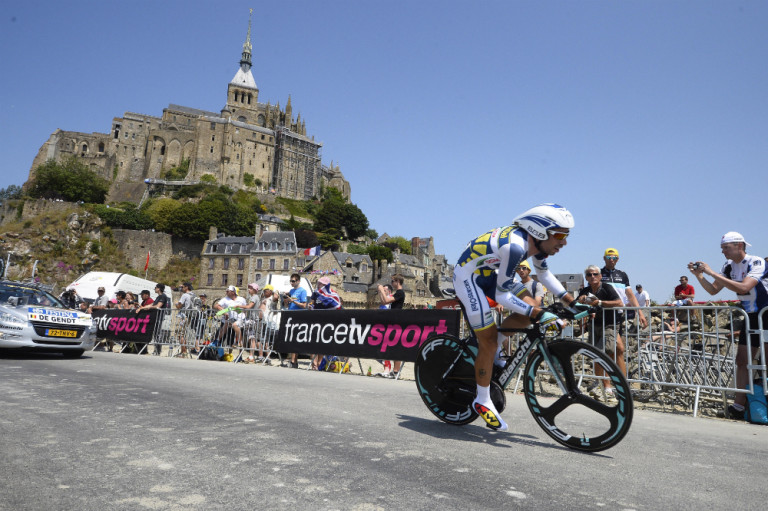 The Tour de France visits some of the most beautiful and iconic parts of France. Today’s stage finish at Mont-Saint-Michel must count as one of them. The imposing castle on the rocky outcrop dominates the flat area surrounding it and the island could be seen for miles out from the finish. All the cameras made sure they caught the dramatic view as riders crossed the finish line giving some incredible images.