There’s a lot going on in June. It’s an especially big month for Bradley Wiggins who is attempting the prestigious hour record as well as his new team (Team Wiggins) participating in the Beaumont trophy and the British road race championship.

We’ve put together some info on what we think are the best events that June has to offer.

Sir Bradley Wiggins looks to beat the official record of 52.937km this Sunday in the hour record. The hour records popularity recently increased and saw a number of riders taking to the velodrome including the current record holder, Alex Dowsett.

There’s a lot of hype around Wiggo’s attempt. Previous riders looked to have scheduled their attempts before Wiggin’s anticipating that he could put the record out of reach.

Wiggins set his sights on a final big win at Paris-Roubaix but fell considerably short finishing 18th. The attempt represents the fast approaching end of his road days and his return to the track in preparation for the 2016 Olympics in Rio.

With a sell-out crowd and being broadcast live on Sky Sports, this looks to be the most popular hour record yet! Come on, Wiggo!

Last year’s event (the first time it was run) saw Marianne Vos win the last three of the five stages and she took the overall race victory.

Hugh Roberts, Chief Executive of race organiser Sweetspot, “For the Women’s Tour, last year’s race was the first one, but already it is being held up as an example to cycling organisations around the world of how a female cycling event can be a success.” 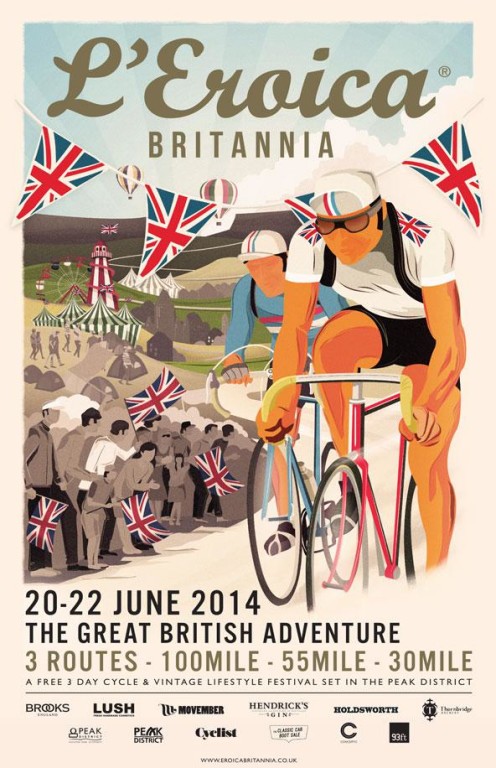 If you’re into vintage bikes and retro attire then L’Eroica Britannia is the event for you. It’s held from the 19th to the 21st June and sees 3000 riders ride through the Peak District on pre-1987 bikes.

The event consists of a 3 day festival of food, beer and local attractions, topped off with the much anticipated bike ride on the Sunday.

There’s a choice of three routes. A 30 miler which is perfect for riders of all levels of fitness as well as beginners or first timers.

A 55 miler which requires you to be reasonably fit as it includes several long climbs.

A 100 miler which consists of the best the Peak District has to offer. A real challenge for the fittest men and women!

If you want a bit more info, check out our L’Eroica Brittania blog here.

Saturday the 6th consists of qualifiers for junior men, men and women. The top ranking riders will progress to Sundays final on the slopes of Aonach Mor. The fastest qualifier goes last in the final.

Thousands of fans are set to make their way to Scotland to witness one of the toughest tests in the downhill calendar.

There’ll be a lot of home support as British world champions, Manon Carpenter and Gee Atherton will both be participating at Fort William.

Taking place in Lincolnshire, the event attracts the best road and time trial talent we have to offer. Thousands of cheering fans are expected to line the streets from Thursday 25th to Sunday 28th.

The time trial will start at Cadwell Park Motor Racing Circuit and will progress onto fully closed off roads across Lincolnshire.

The road race taking place on Sunday will start at Yarborough Leisure Centre and finish in Lincoln’s Castle Square. It also features the Michaelgate cobbled climb.

With the amount of high profile riders competing, this year championships are set to be action packed!

No longer do you need to go abroad to ride a classic Gran Fondo. On Sunday the 7th June, Cambridgeshire hosts the UK’s first continental style, closed road Gran Fondo.

At 128km, it offers some of the most challenging riding in the UK. The event will start and finish in the Peterborough Arena and will consist of a large section of riding through the Cambridgeshire countryside.

Big Gran Fondos attract former pros and rising amateur riders. Everyone is treated equally and the races times are split into gender and age groups. Essentially, if you take part, you’re on a level playing field with every other rider.

It’s your chance to ride like a pro! Closed roads, spectators and prize money for the race winners. 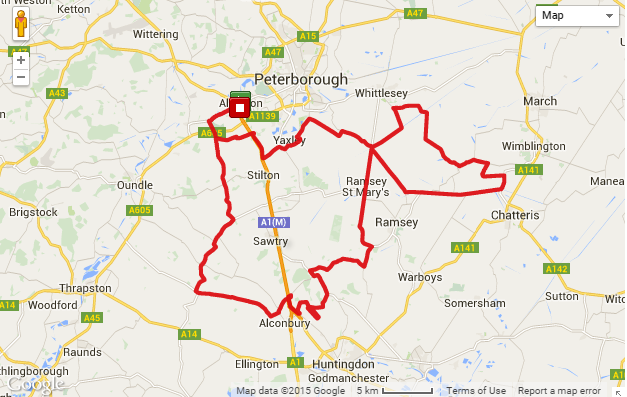 Bradley Wiggins will be using the event to prepare his team for the British road race championships the following week. It will be good to see how the team perform against quality competition.

At 117 miles long (187km), including multiple hard climbs, the Beaumont trophy looks to be a good preparation race for Wiggo’s team.

Regional teams and club riders are also welcome to take part with the pro’s.  The race will start at 1:15pm and consists of two circuits.