At the start of 2014, Sir Bradley Wiggins announced he had two major goals: Paris-Roubaix and the Tour of California, then the question of whether he would get a place in this year’s Tour de France.

He finished ninth in Paris-Roubaix in a small group of all the major Classics stars and declared himself pleased with the result considering his illustrious finishing companions.

That left the Tour of California… 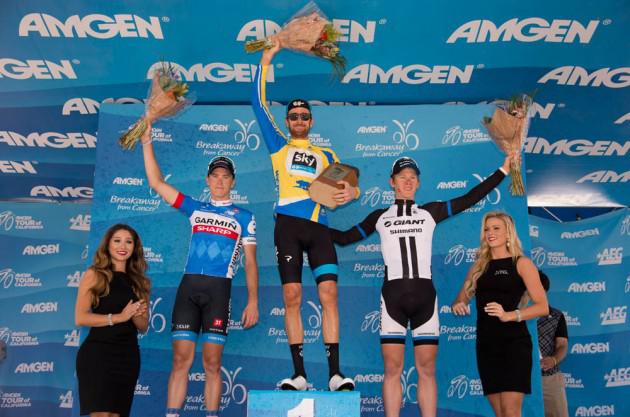 The weeklong AmgenTour of California is the biggest cycle race in America which guarantees maximum exposure stateside for the winner making it a key race for one of Wiggins’ team sponsors, the American company 21st Century Fox.

After his impressive 2013 Tour of Britain win, Wiggo knew the race was within his reach; a few flat stages for the sprinters, several longish mountain top finishes and most importantly a 20km individual time trial.

True to form Wiggins won the event by taking the stage two 20km time trial and then defending and adding to his lead as the race went on.

Here’s a rundown on how he won the race. 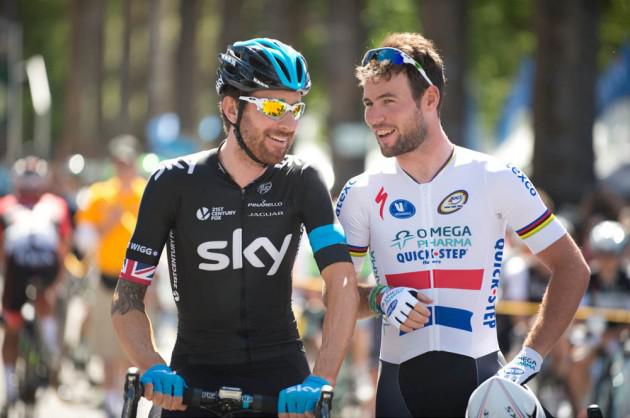 Wiggo and Cav at the start.

The opening stage was for the sprinters and Mark Cavendish (Omega Pharma-Quickstep) won with Wiggins in the bunch at the same time. It was good to see both Wiggo and Cav visible throughout the stage and especially in the star studded break early on. The stage win also gave Cav the leader’s jersey. 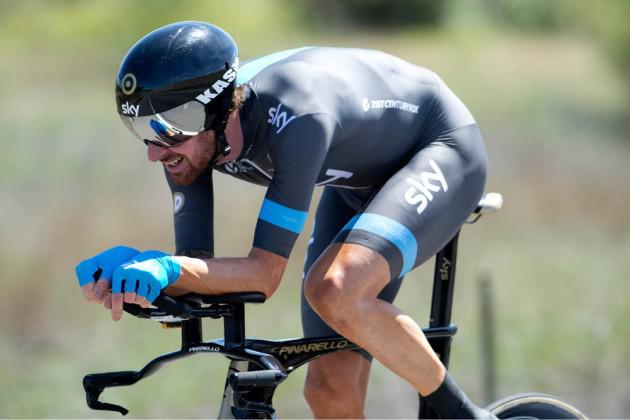 Wiggins doing what he does best.

This was classic Wiggins time trialling! He was rock solid on the bike and just so smooth the whole way round the course. This was evident when he caught and passed his one and then two minute men who looked to be struggling and all over their bikes compared to the master.

Wiggins won the stage from Rohan Dennis (Garmin-Sharp) by 44 seconds and took the overall lead on Dennis by the same margin. This was the queen stage with the most climbing and Wiggo bossed it all the way up the final 10km climb. It was one big long line of riders as Wiggo just sat on the front and smooth pedalled it.

He never panicked, just upping the pace to catch anyone who attacked off the front until 200m to go when he lost ground as riders sprinted for the stage win. Wiggins lost 20 seconds to stage winner Rohan Dennis (Garmin-Sharp) but still had the leader’s jersey with a 24 second buffer. 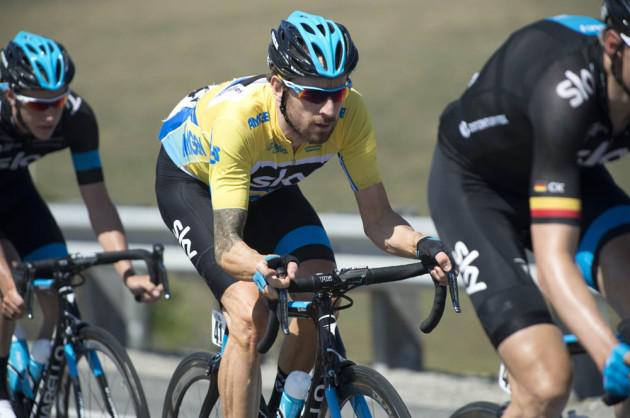 Wiggo in the leader’s jersey.

Another flat stage and Wiggo showed how attentive he is to his place in the bunch by being in the front end of a small split in the group at the end of the stage and gaining four seconds on rival Dennis. 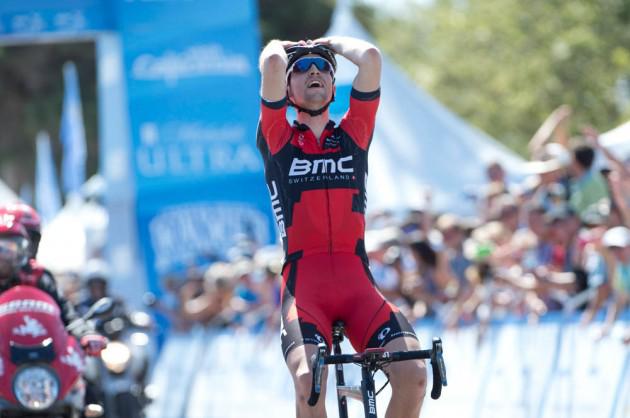 Wiggo doesn’t panic. When TT specialist and GC rival Taylor Phinney (BMC) broke away on the descent of the day’s major climb Wiggo never panicked even when the gap went up to 30 seconds. He let the Orica-GreenEdge and Cannondale teams do the work to pull him back as they tried to set up the stage for their sprinters.

Phinney managed to stay away alone despite the work of several teams to win the stage and gain 12 seconds on the peloton but Wiggo was still well in control. Another hilly day and the break with no GC threats in it stayed away to the end and Sky controlled the bunch.

Wiggo then led the GC guys all the way up the climb in his usual silky smooth pedalling style and even gained two seconds on Rohan Dennis at the line as he was in the front half of the split yet again. Always attentive! 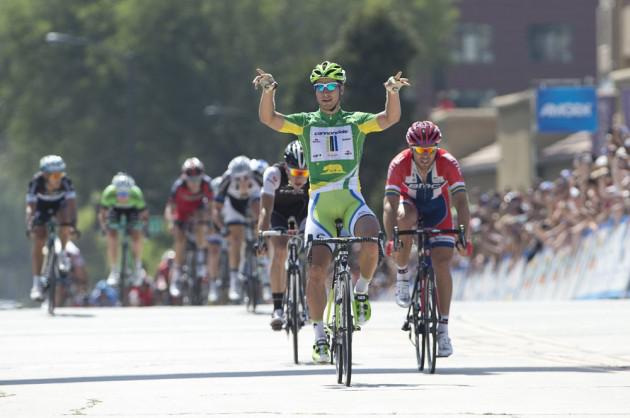 Sagan and another victory salute

A break went again on the stage but Sky and Brad didn’t panic. By the time they reached the final few finishing circuits everyone was back together.

Spare a thought for Jamis rider Eloy Terue who got his lap count wrong and celebrated wildly after jumping out of the bunch to cross the line first at the bell with one lap to go thinking he’d won the stage.

Peter Sagan (Cannondale) made light work of the finish taking his 11th Tour of California stage with Wiggo in the bunch just behind. 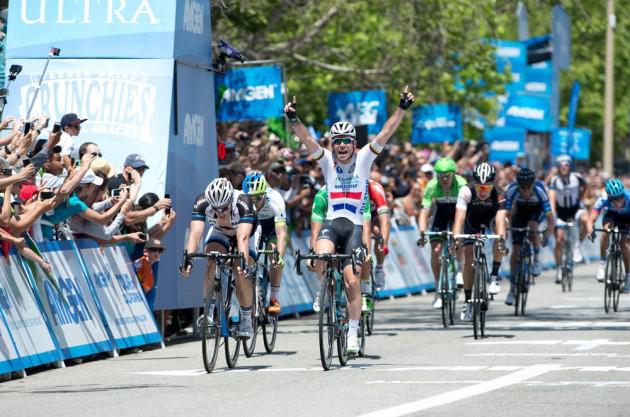 Cav top and tails the race with victory in the final stage.

With a flat day for the sprinters, Brad had to be alert to any last minute attacks by the other GC riders. Luckily the sprinters’ teams were happy to do all the work and set up a bunch finish.

Cavendish won by the narrowest of margins and Wiggo finished safely in the bunch to become the first ever British winner of the Tour of California. Mission accomplished, now to see if he gets a Tour de France ride.