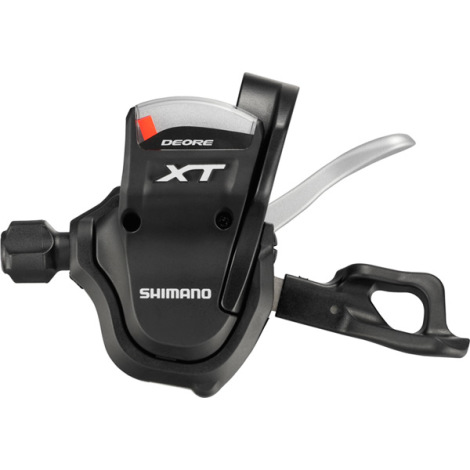 View options as list
Add To Basket Email Me
Multi-Buy Savings!
Code: SLM780-R
Shimano XT M780 Rapidfire Right Hand Gear Lever - 10 Speed
Jeremy Mated up nicely to my SLX hydro brakes (both are I-spec B). Shift action is light and direct. FYI- mine did not come with the optical gear display. Not a big deal for me, but thought I'd mention it. Also, not specifically addressed in the ad, but mine did come with cable pre-installed.
Mr Painter Great quality shifter, changes gear crisply. Love how you can down shift two gears at once and nice and light and feels very good quality. Great price from Merlin Recommended.