Today, bike riders are in a great position. Bikes, equipment and components have never been more refined and are generally better. So be thankful that here at Merlin we wouldn’t sell anything as horrendous as these abominations from my distant cycling past. It’s a wonder I survived the 1980’s…

These brake levers looked great and were really light at around 130 grams per pair. However, they didn’t actually work. The lightweight plastic construction flexed so badly when you pulled on the brake levers, they almost felt like those flimsy plastic school rulers. 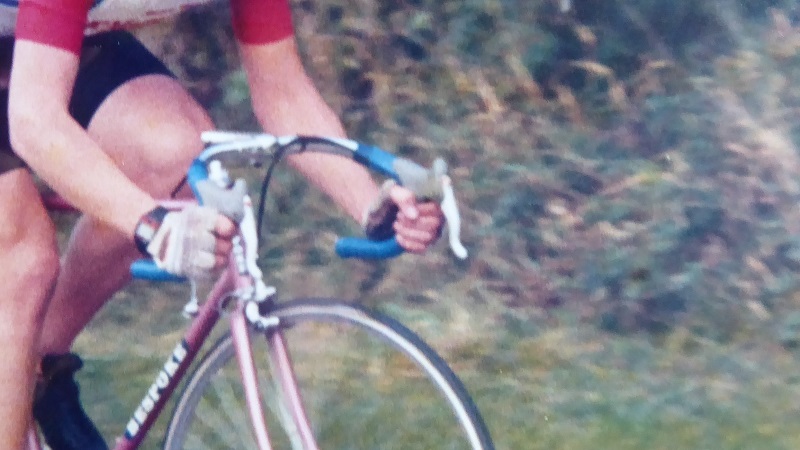 In the late 1980’s there were a few clipless pedal options. I decided against the french brand Look, in favour of Adidas. It turned out that Adidas were much better at making track-pants and funky-footwear than pedals… The Adidas ‘Systeme 3’ pedal & shoe system had one major issue. They featured 3 settings of security to hold your feet. The third, (strongest) level of foot engagement was impossible to get your foot out without turning a lever on the side of the pedal. If you crashed and were unable to flick the lever, you would still be attached to your bike as they loaded you into the ambulance. This did however, give you ample time to reconsider your pedal / shoe choice on the way to hospital. 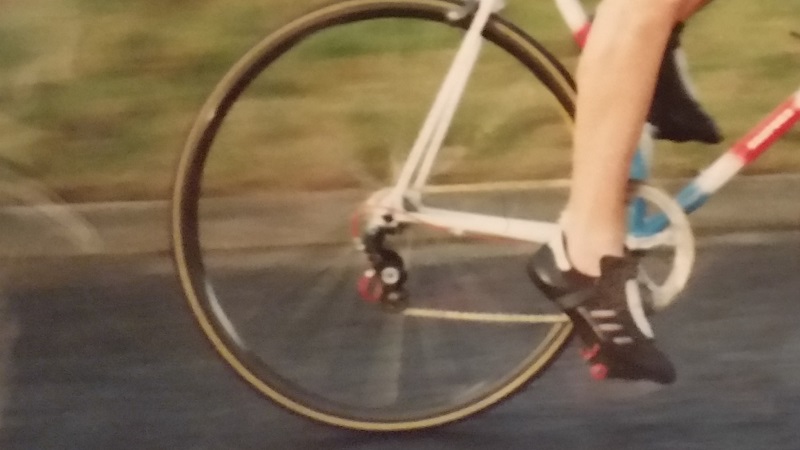 This rear derailleur was cheap and found its way onto quite a few winter bikes – customers thought the plastic would be ideal for use in bad weather. However, in a similar way the Modolo brake levers, plastic rear derailleurs were not up to the job. The derailleur twisted under load and left you never quite in gear. 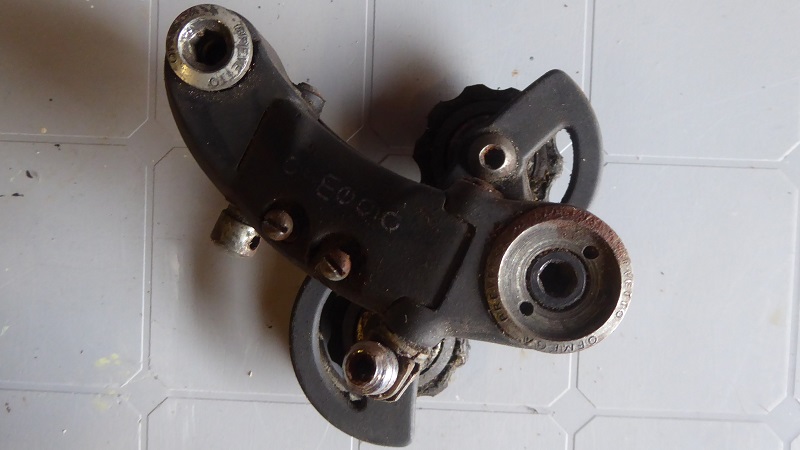 Hard to believe that in the early 1980’s, Duegi road shoes with wooden soles (yes from trees) were real. I can remember three main issues with these shoes: They soaked up rain and stayed wet, seemingly for weeks. They got very hot in summer when riding. Nailing the shoe plates with nails / tacks to the sole required a Master Carpenters degree of accuracy.

Cinelli M71 pedals were the original clipless pedals dating back to 1970. Accidents involving the pedals lead to them becoming known as ‘Suicide Pedals’. To put your foot in, simply slide the cleat into the grooves on the pedal body, then bend down and lock your feet in – by pulling the plastic lever on the side. What could possibly go wrong… 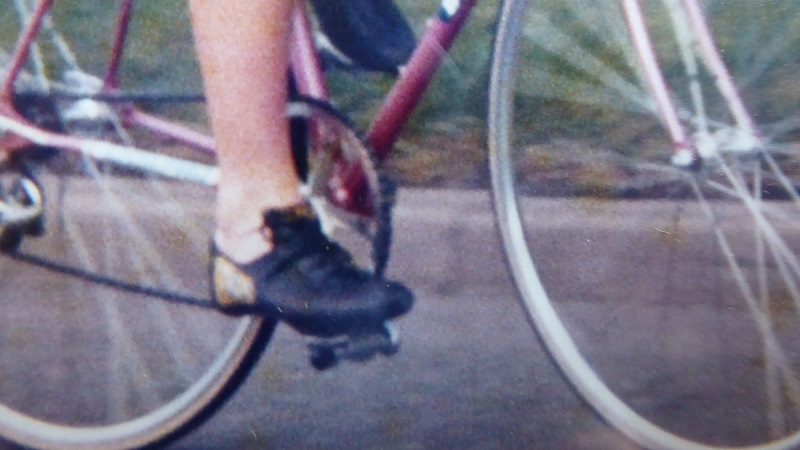 In the early nineties, after Greg Lemond had done his bit for clip on tri bars sales in ’89, I sourced some of the original profile tri bars. Despite their non-stealthy style, the large surface area of aluminium meant when the wind was in the right direction I could pick up several local radio stations… 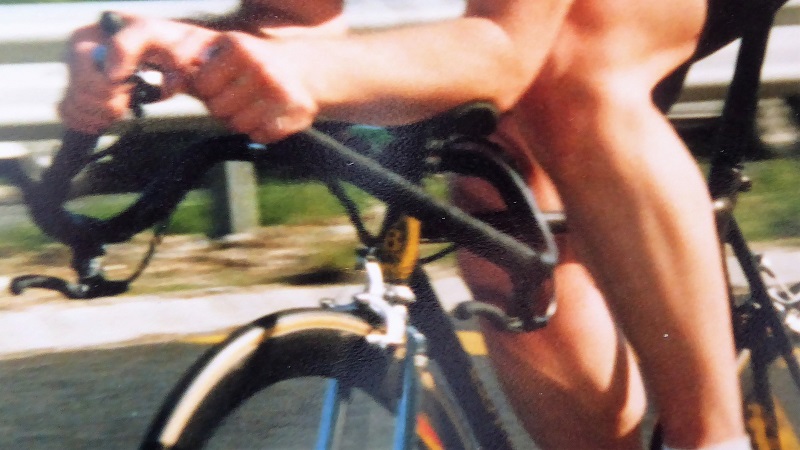 ‘Low profile’ time trial bikes were cutting edge, in the mid to late ’80’s, 24 inch front wheels were ‘it’. Thankfully they fairly quickly went out of favour. Also bringing back painful memories… the 12-17 sprocket 6 speed block (cassette) and 48 / 54 chainrings. No front changer. If I had to manually change from the 54 to the 48 using my fingers, that would teach me a lesson: Get stronger or MTFU in todays language. 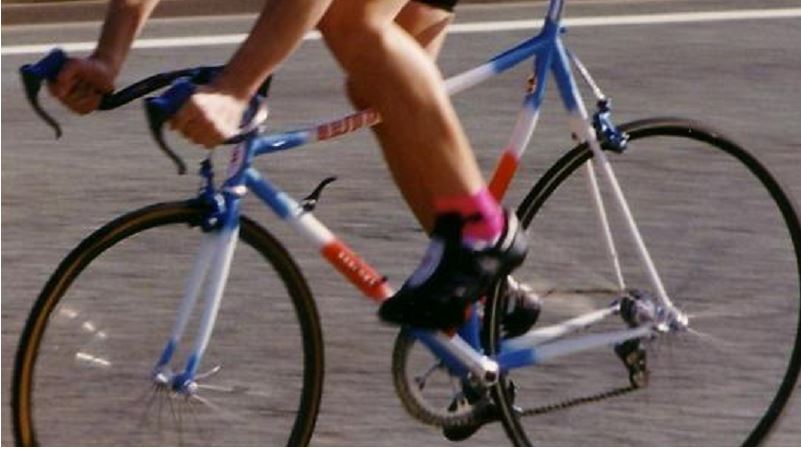 However, I am reassured in the knowledge that I probably wasn’t the worst offender. Luckily I had my camera with me in the mid ’80’s to prove it. The bike pictured below, ticked all the ’80’s time trialling tickboxes: 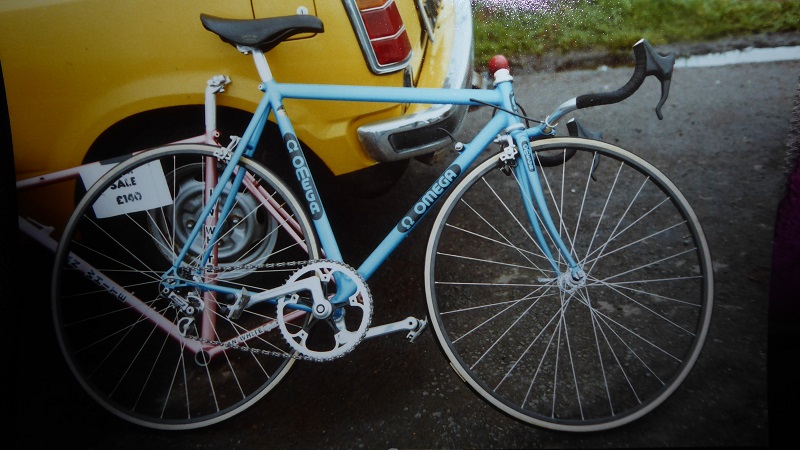 Any kit mistakes in your cycling history? Let us know in the box below.