A timeline and photo gallery about this most iconic of cycling shoe brands.

SIDI are arguably the most iconic name in cycling shoes and the undoubted market leader. The Italian company started making cycling (and motorbike) boots in the 1970’s. They have been worn by some of the best road and mountain bike riders in the world ever since.

Their list of victories includes practically every major race in the world. From the Tour de France to Olympics and multiple world titles including the current men’s world road race champion Michał Kwiatkowski.

They have been constant innovators in cycling shoe technology with many firsts. Sidi have consistently produced some of the best performing as well as best looking shoes available.

In case you were wondering the name comes from the founders initials DIno SIgnori. The vortex logo represents strength and movement. Handy cycling quiz fodder!

Have a look through the timeline of shoes and innovations below. If you’re of a certain age we’ll bet you’ll recognise some of these models and will have either worn – or wanted – a pair at some time or other.

SIDI originated as an artisan laboratory for the manufacture of trekking shoes. Leather uppers and wooden soles – just like how the first SIDI shoes would be constructed. 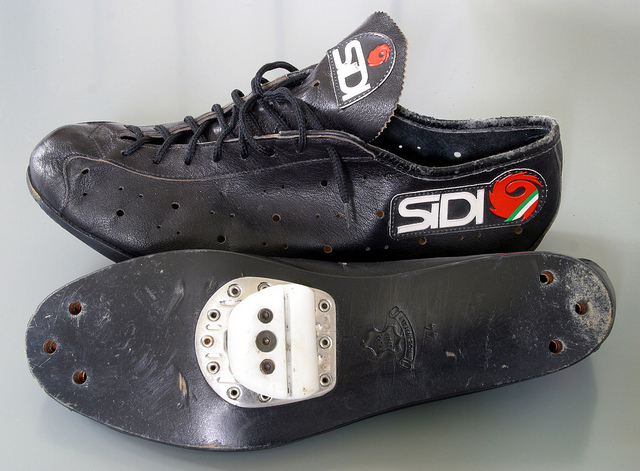 The Titanium was SIDI’s first cycling shoe and completely revolutionised the market.

The sole had adjustable screws for easier adjustment and replacement of the cleat which did away with fixed nails.

SIDI’s first use of a nylon sole. The idea behind it was to achieve a consistent sole stiffness throughout varying temperatures of weather. 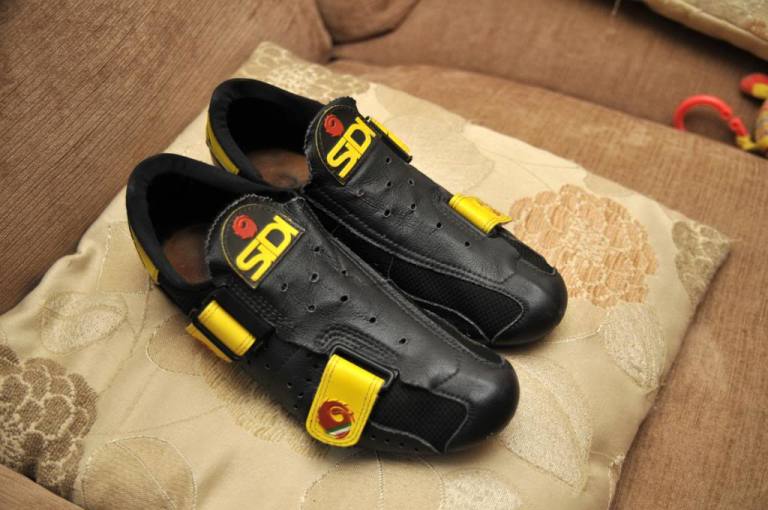 The Revolution was the first shoe to use Velcro instead of laces. Used by French hero Laurent Fignon to many wins and my first proper pair of cycling shoes! 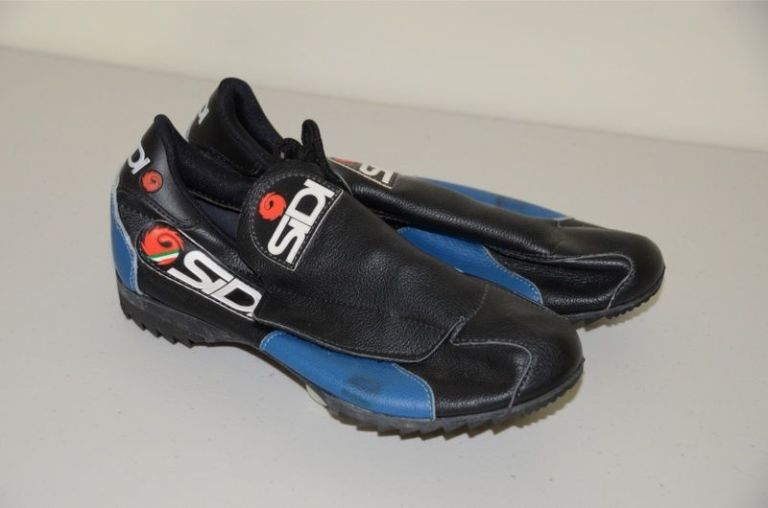 The first mountain bike and cylco cross shoe was introduced with a rubber sole.

SIDI is one of the first adopters of using Lorica material. A new synthetic material that resembled leather. Soft, strong, water repellent and fairly breathable. 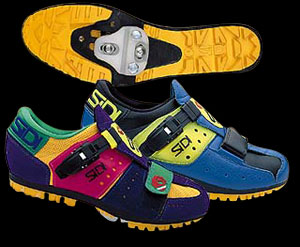 Hands up if you had – or lusted after – a pair of these (see pic right).

The Dominator and Challenge mountain bike shoes were a massive success with their multiple cleat compatible sole and wacky colours.

These were the shoes to have as they were so good and also because they made you look like the legendary Thomas Frischknecht, or at least his shoes anyway.

SIDI turn their attentions once again to the technology of soles. The Genius 2 shoe range saw one of the world’s first ever aerodynamically designed soles. The sole was also compatible with any type of pedal cleat then available, which was nice.

The Shadow was one of the first shoes to feature the multiple buckle system adjustment we now take for granted. The straps were more rigid and dependable than Velcro and were replaceable which made them more user friendly. 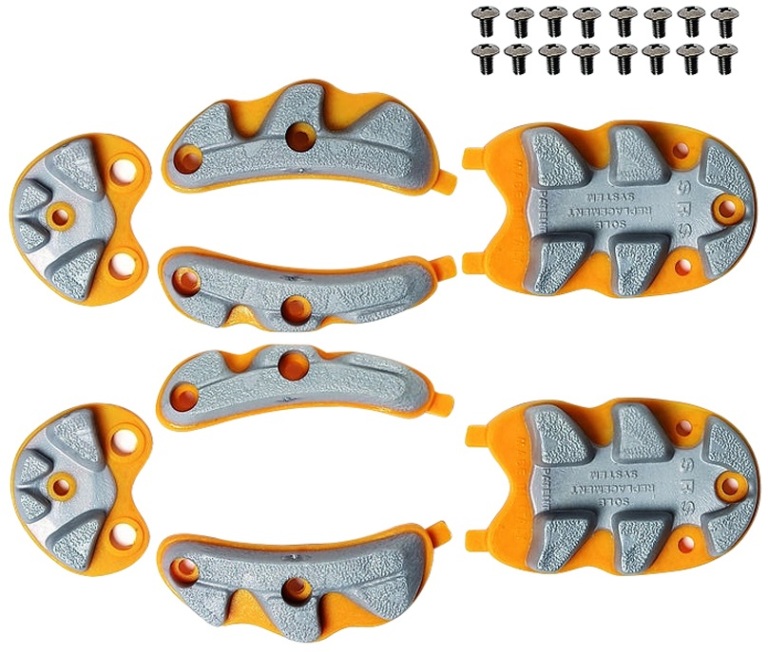 The Action SRS was the 40th anniversary mountain bike shoe with dual buckle and wire retention system. The unique – still to this day – innovation was SRS.

It stood for Sole Replacement System. The tread parts of the sole bolted on to the rest of the sole in separate sections. This meant you could replace damaged or worn parts individually. Or you could remove a couple of tread sections if you were XC racehead or weight weenie!

The Energy was a 40th anniversary edition road shoe and the first with dual buckle and wire retention system. 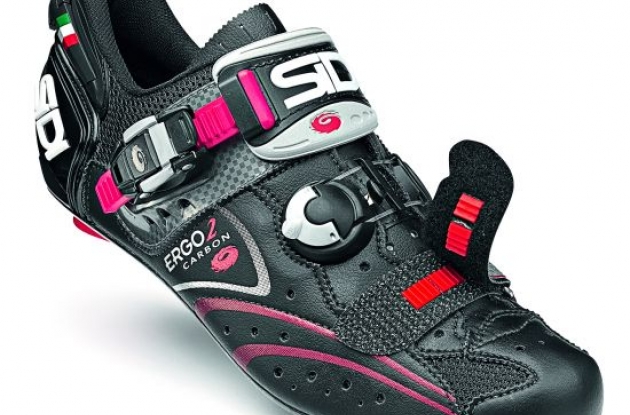 The Ergo Carbon shoes featured three different retention systems for the ultimate fit. The velcro strapping featured recessed opposing plastic teeth that hooked onto each other when the strap was closed.

More new sole tech. Although rather cheekily claimed to be a carbon fibre sole, the Hi-Tech Carbon Fiber Sole was actually principally made from nylon.

There were two replaceable inserts in the metatarsus and arch areas that were made from lower density material reinforced with 40% carbon fibre. The resulting sole was indeed very light, very rigid in key places and much more resistant to flexing in hot temperatures. 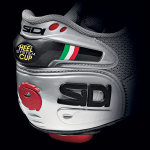 To help cyclists with thin ankles get a better fit, SIDI introduced the Heel Cup System (HCS) which tightened the heel independently of the buckles allowing a more custom fit.

As it was made of plastic it was easy to remove if not needed or replaced if worn out.

SIDI first full carbon fibre sole. It was designed not to be entirely rigid. It was a different thickness at different parts of the sole. Some of this was to encourage healthy blood circulation. Another added bonus was that the thinness brought the foot closer to the pedal axle for improved bike handling and feel. 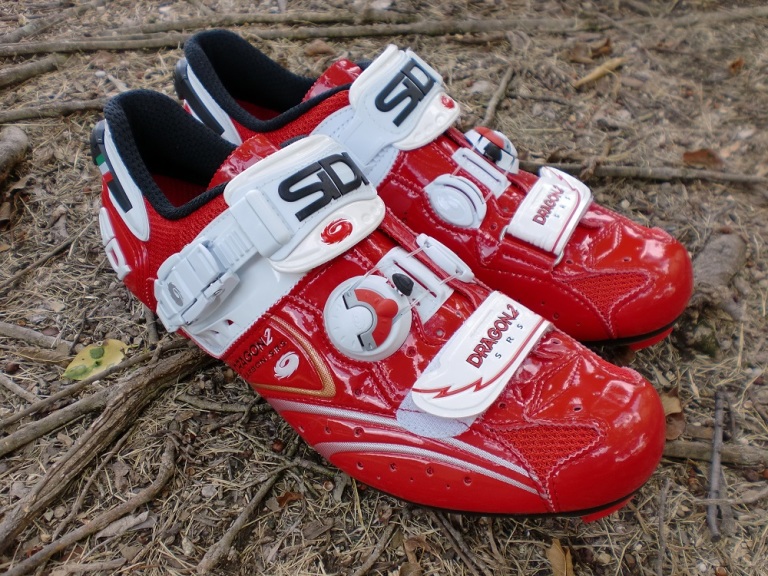 The following year SIDI revisit the idea of a part-nylon part-carbon hybrid sole with their Composite Carbon Sole.

The Millennium 3 sole features a 10 mm horizontal and vertical cleat alignment scale molded into the sole as well as the Look Memory Eyelet.

Carbon Lite Sole (are you spotting a theme here?)

Made with thin lines attentive to the structural and aerodynamic look.

Vent Carbon Sole. Yep, a carbon fibre sole with an open-and-close venting system built into it. A vent at the toe leads into channels that pump air into the middle of the shoe. Who’d a thunk it? 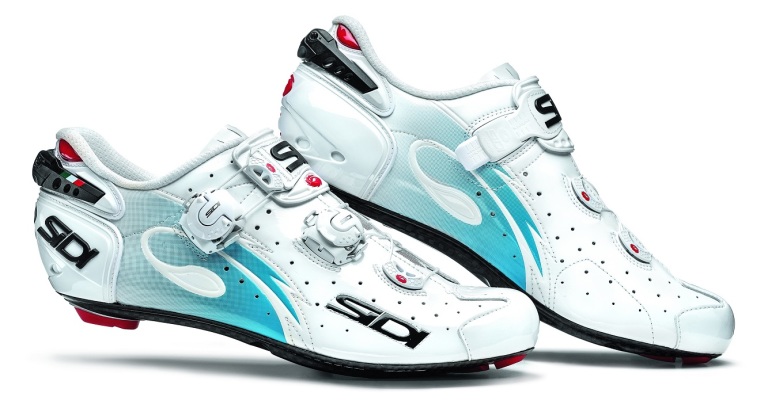 The Wire Carbon Vernice is the pinnacle of SIDI’s current range and is packed with all the company’s latest features. As used by 2013 Tour de France winner Chris Froome among others.