Here are the basics about choosing the right replacement front mech for your bike.

A road bike front derailleur, often referred to as a front mech, or gear, is the mechanism which moves the chain across the front chainrings. It is very basically a cage with two metal side plates which push the chain right or left on to larger or smaller chainrings.

Electronic front derailleurs use charge from a battery to shift the cage and actuate the gear change.

Mechanical front derailleurs are a sprung design so when the cable tension is released it reverts back to a position close to the frame; this is why when a cable breaks it automatically goes into the small ring. 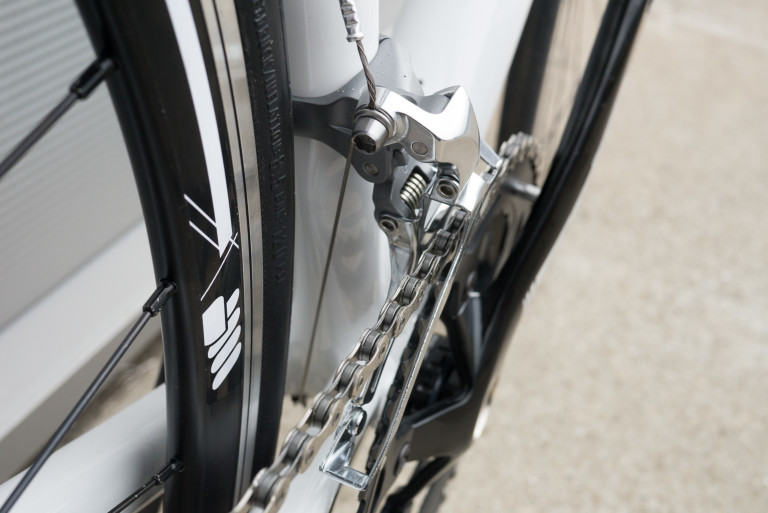 Unlike the bewildering choice of mountain bike front mechs, road bike front mechs are all bottom pull ie. the cable comes into the mech from the below, but there are other differences to look out for when purchasing. 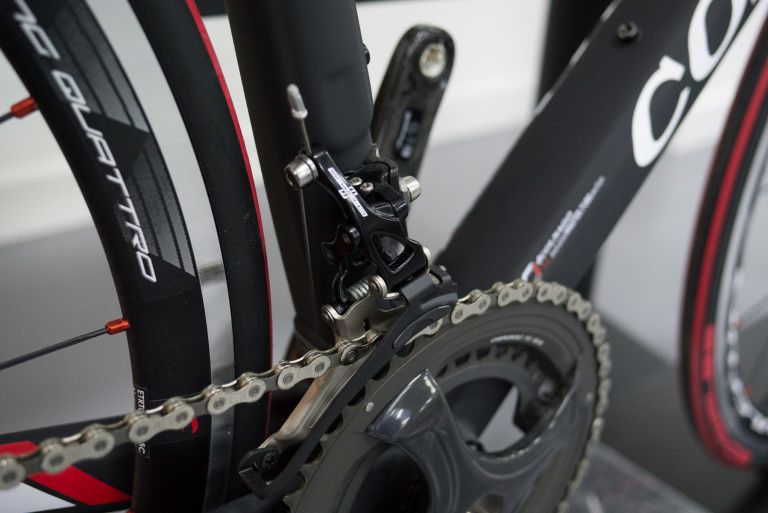 Each manufacturer’s mech pulls a different amount of cable from the lever. So the first rule is that you must use the same brand as your current set up or intended shifter. It’s also often best to stick to your current groupset as different groupsets have different chainrings which the front mech is designed to work best with.

Sometimes going up a level is actually not as good as subtle difference in chainrings can affect the shift quality. Obviously if you want to you could upgrade your chainrings at the same time as your front mech, if for example the whole lot is a bit worn out. 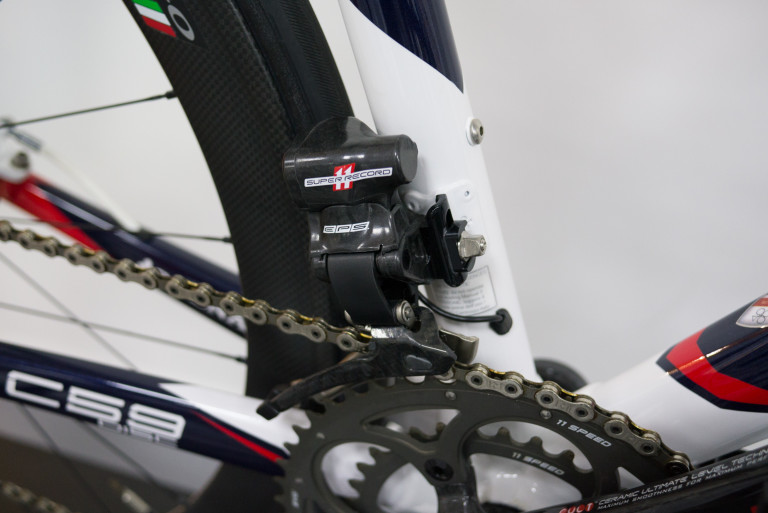 As modern chains get narrower to accommodate more and more cassette sprockets, front mechs have also changed width slightly. You will need a front mech that corresponds with the number of gears on your current groupset for it to work best ie. 9, 10 or 11 speed.

The majority of road groupsets have two front chainrings (double) but if you have three you (triple) you will need a different front mech.

Triple mechs (three front chainrings) have a larger rear plate than a standard mech as this helps the chain cope with the bigger change in chainring sizes from a very small front ring to a very large front ring. The bottom of the rear plate is also lower as the chain will have to drop further down to go on the smallest ring.

Campagnolo Compact chainset-compatible mechs also have a larger rear plate to help cope with the large difference in chainring sizes, usually 34-50. Shimano and SRAM don’t think this is necessary so only produce double or triple mechs which work with either Standard or Compact systems.

There are two types of road front mech mounting: band or braze on. 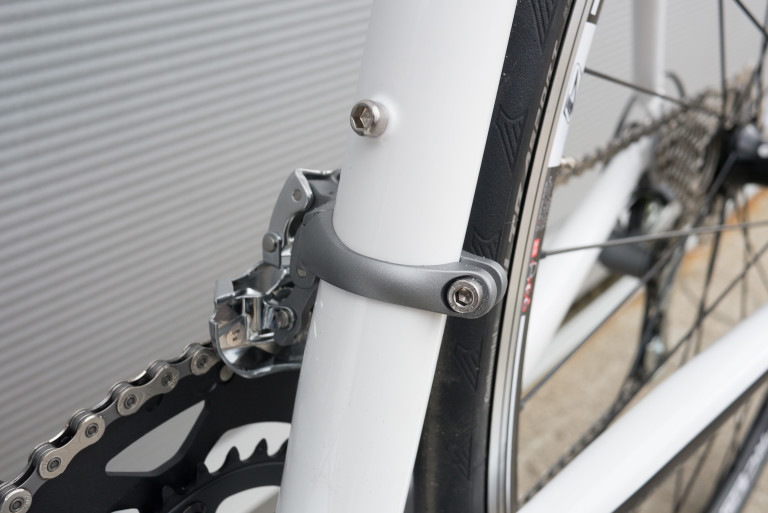 Band: this as the name implies is a band which clamps around the seat tube of the frame. There are two band sizes 31.8mm or 34.9mm so check current model or frame manufacturer’s recommendations. Tip: clamp size is usually written on the inside of the band. 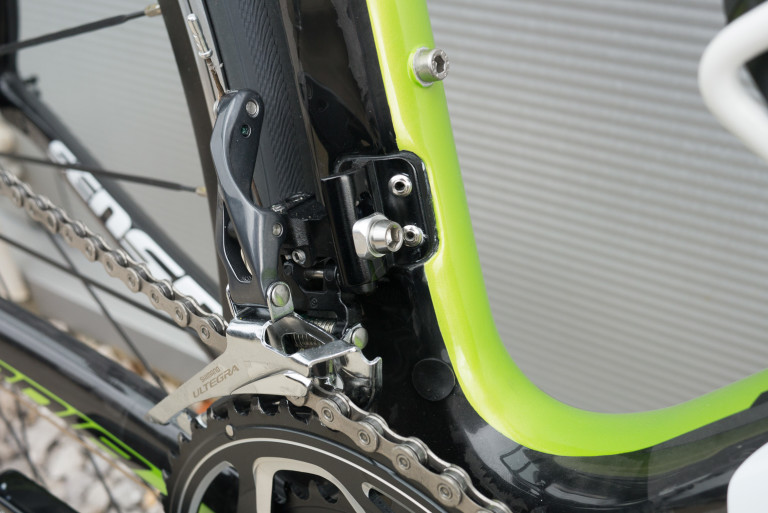 Braze on: the mech mounts directly on to a small tab on the frame. Ironically this type used to be mostly found on old steel frames but has come back on modern carbon frames as the tab does away with a band clamping round the frame which could lead to potential damage to the carbon and it also frees up the seat tube area for oversized tubing design.

If you change frames and are left with a braze on front mech but need a band on type then don’t worry as you can buy a braze on clamp which the mech attaches to effectively making it a band on type. They are available in a range of sizes, shapes and colours to suit all needs, tastes and budgets. 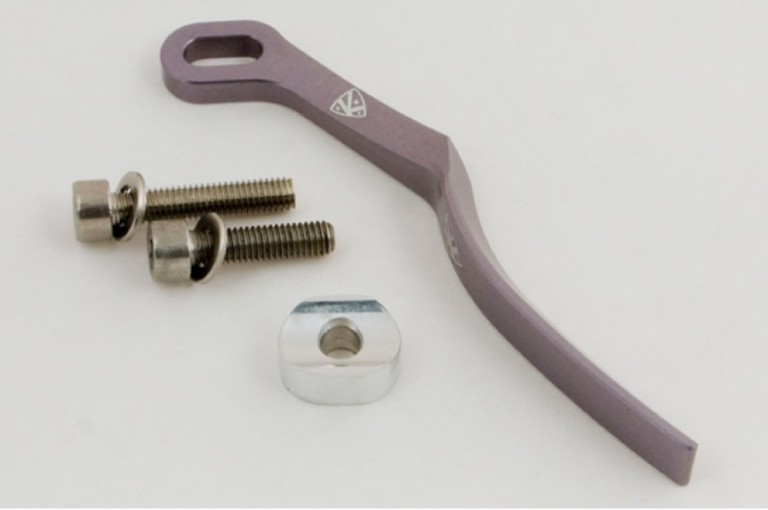 With modern chains getting thinner and the rise of compact chainsets meaning mechs have a bigger jump between chainring sizes, the likelihood of the chain falling off the chainrings especially on the downshift has increased a bit.

To overcome this problem a small catcher arm can be installed on the inside of the mech which prevents the chain from dropping off between the small chainring and the frame (SRAM have even built one into several of their front mechs as standard).